Home » Sport » College basketball’s biggest star since Sabrina Ionescu said the paint is ‘where I live’ after an impressive 44-point, 16-rebound performance 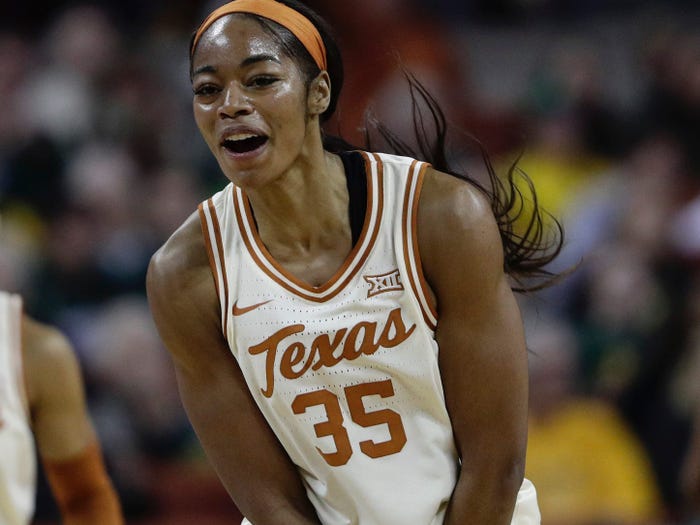 Everything's bigger in Texas — including the college basketball stars.

It's still extremely early in the 2020-2021 college basketball season, but the NCAA's brightest star of the year may hail from the Lone Star state.

Charli Collier is shaping up to be the biggest name in college basketball since Sabrina Ionescu dominated on the court — and in the news — for the Oregon Ducks last year. The 6-foot-5 Texas Longhorns center took the college basketball world by storm Sunday after dropping 44 points while shooting 82.4% from the floor, a perfect 2-for-2 from beyond the arc, and 14-of-15 from the charity stripe. Collier added 16 rebounds and two blocks to her monumental scoring effort, which marked the most points in a single game from a Texas player in 26 years.

"I just knew, whatever I had to do, [I had to] be on the court as much as possible," Collier said, per The Daily Texan's Carter Yates. "I knew in order for my team to dominate the paint, I had to be in the game. That was my mindset going in, being confident and dominating the paint, which is what I did today."

"Our base offense is in the paint, so that's where I live," she added, according to ESPN.

Collier's name isn't new to women's college basketball's most faithful fans. The Mont Belvieu, Texas, native got a small taste of the limelight as a sophomore after averaging a double-double on the season and finishing the year as a top-10 finalist for the 2020 Lisa Leslie Award in addition to a first-team All-Big 12 nod.

But her junior year is already launching her into superstardom like never before. During her first game of the 2020-2021 campaign, Collier enjoyed a 25-point, 12-rebound performance in just 19 minutes on the floor. And now, after stuffing the stat sheet against the North Texas Mean Green, she leads all of Division I in scoring and ranks ninth in rebounds per contest.

"I knew Charli [Collier] was talented — All-Big 12 [last year] — but the way she can do so many things, she's just multiple as far as how she can attack you and score and then defensively I just think she's going to get better and better for us," newly-minted Texas head coach Vic Schaefer said Sunday. "Man, that kid can step out there and knock down a three, in transition, in the halfcourt, she can get you done down low… She's really been a pleasant surprise."

And according to Collier, this is "just the beginning."

Collier and the No. 25 Longhorns will host the Louisiana Tech Bulldogs Wednesday in their final contest before taking on their first ranked opponent of the season in the No. 12 Texas A&M Aggies Sunday.

Hull 1 Chelsea 2: Batshuayi and Tomori send Blues into fifth round despite late scare on Humberside – The Sun