CONOR MCGREGOR suffered a devastating defeat in his long-awaited return to the UFC’s lightweight division this morning, a loss which has all but ended his hopes of a rematch with Khabib Nurmagomedov.

The Notorious returned to the weight class he once ruled in the early hours of the morning for a rematch with Dustin Poirier, which headlined UFC 257 in Abu Dhabi. 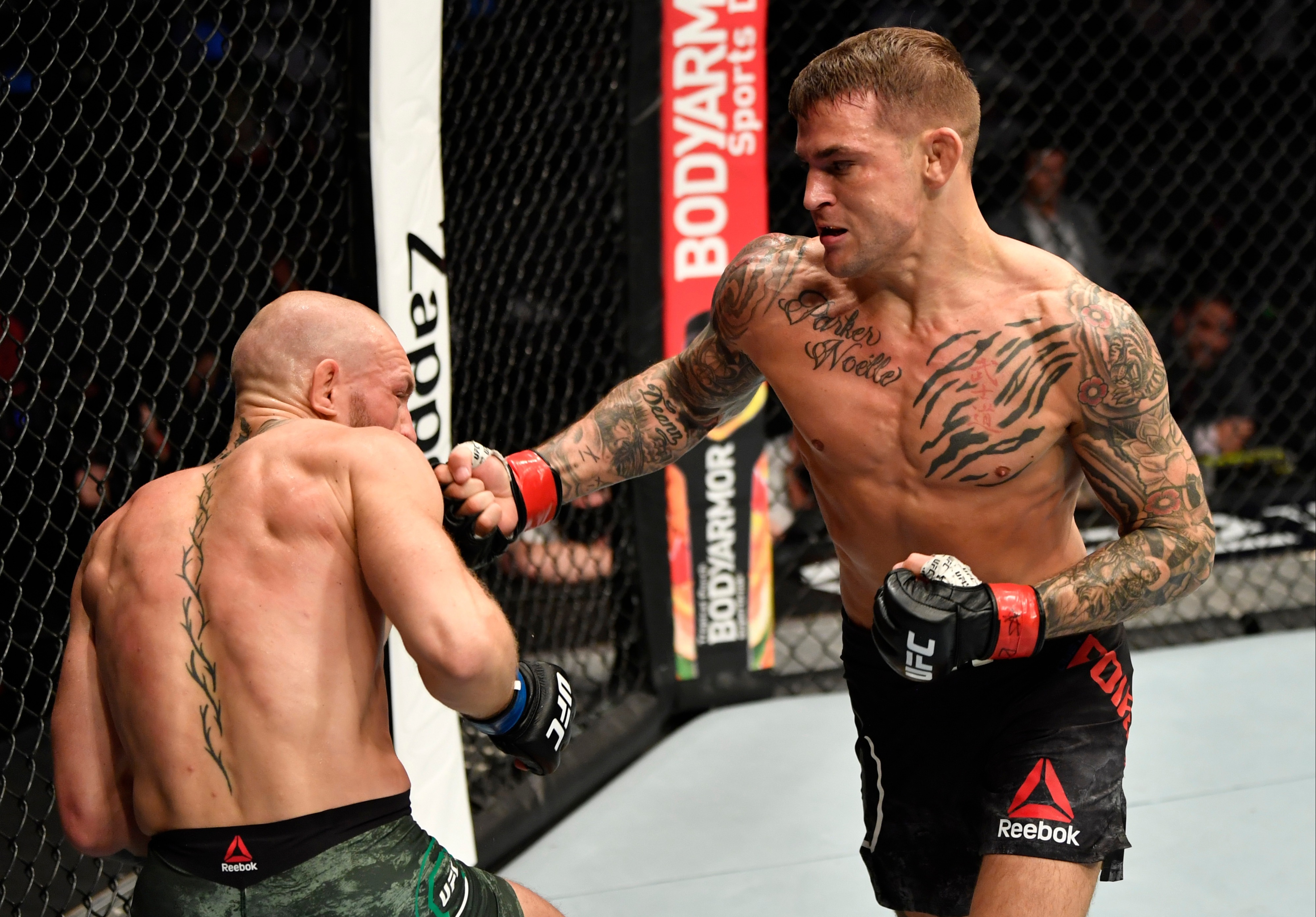 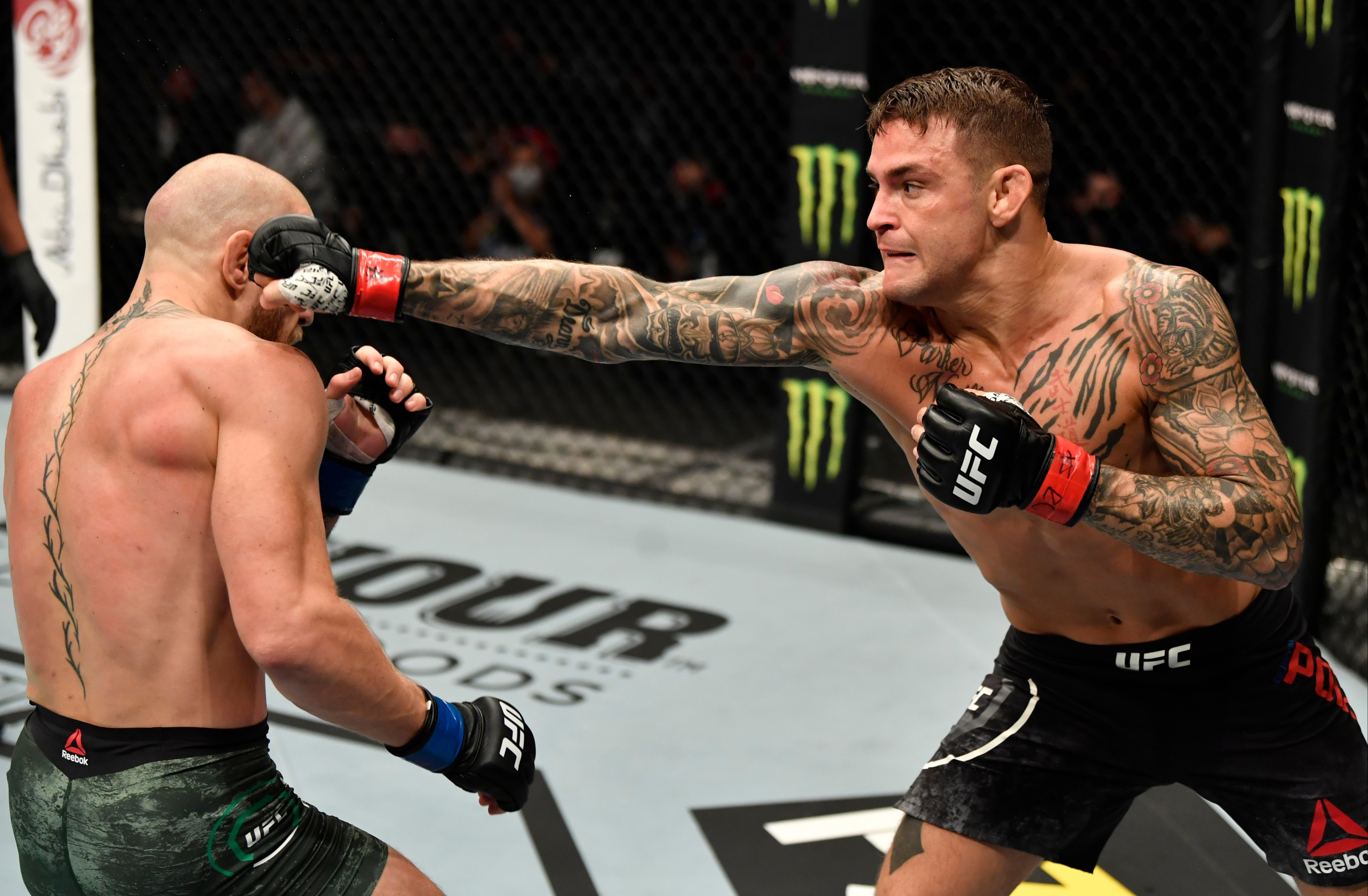 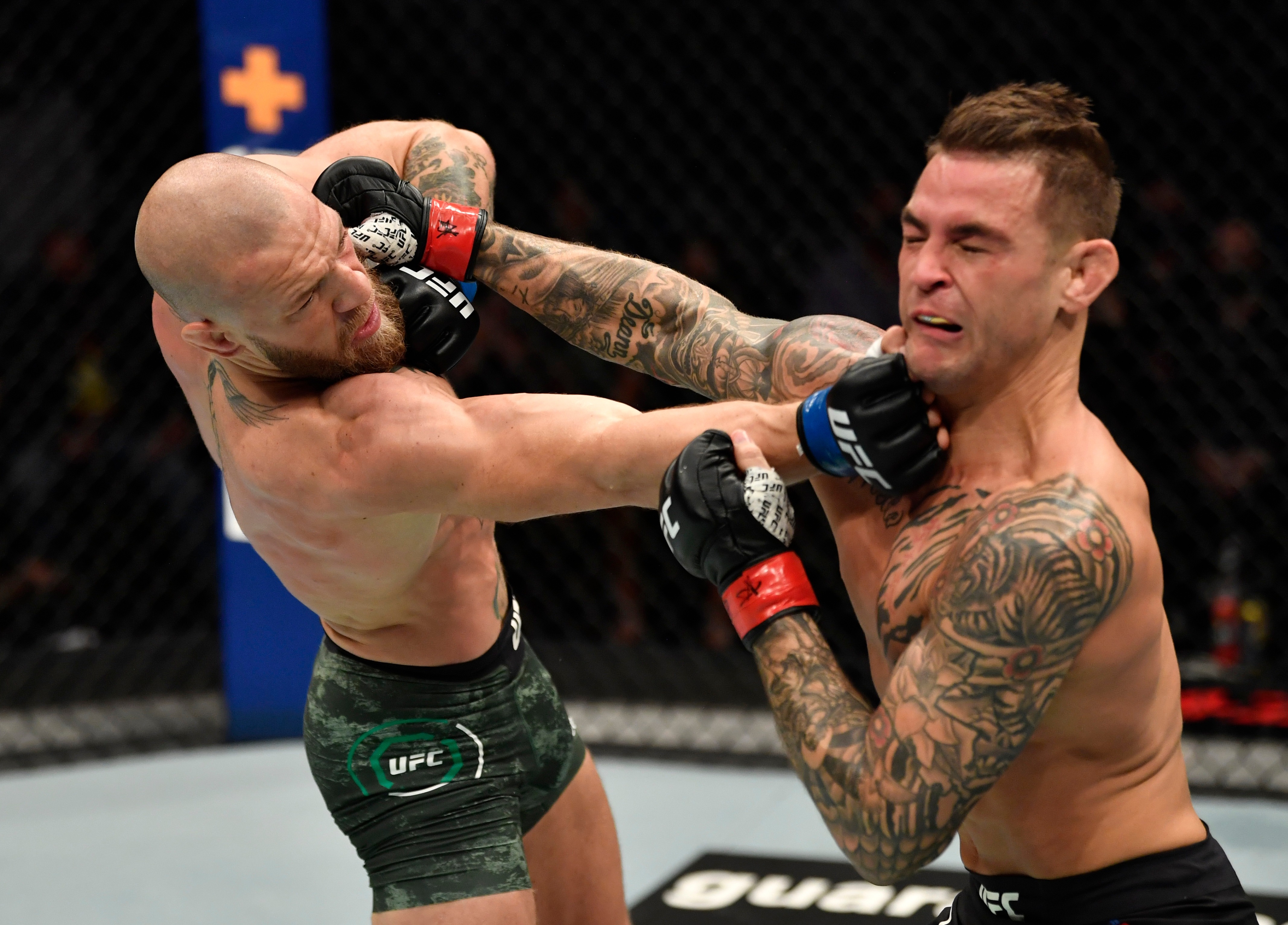 But the UFC’s first simultaneous two-weight world champion was given a rude welcome back to the division by the former interim king, suffering a second-round TKO loss.

Poirier took them well, though, and responded with two leg kicks before dipping levels and landing a beautiful double leg takedown.

McGregor managed to work his way back up to his feet and then forced Poirier up against the fence, where he landed two big shoulder strikes in the clinch.

Eventually, they separated and McGregor went to work, landing another straight left before stunning Poirier with a shovel right hook.

McGregor defended well and reversed the position again, landing another shoulder strike on the chin of The Diamond.

Poirier immediately went on the defensive, which invited more pressure from The Notorious.

A spinning heel kick nearly landed flush for McGregor, who ended the round strong.

McGregor immediately began stalking his man after the restart looking to land that trademark left hand.

Fan favourite Poirier looked to hinder the Irishman's movement with leg and calf kicks, which seemed to be taking their toll.

McGregor soon wised up to the tactic and began catching the kicks and looking to land counters.

But the Dubliner's movement was well and truly compromised, which led to eventually Poirier cornering against the fence.

The pride of Louisiana unleashed a hellacious flurry and rocked the former featherweight and lightweight champion with a big left hand.

The former interim lightweight champion didn't let up and landed a big right hook that sat McGregor down and closed the shot with some ground and pound.

Prior to McGregor's return to the shark tank that is the lightweight division, his head coach – John Kavanagh – revealed to SunSport he's hoping his most famous student will have a prolonged run at 155lb.

"He seems to be designed for that weight class. So of course as a trainer as a fan, I would love him to be in there every second month for the year."