DURING the international break in September, Harry Maguire was asked how it felt to be Cristiano Ronaldo’s captain.

Manchester United had just announced the return of their geriatric Galactico and Maguire, away on England duty, smiled sheepishly and dodged the question, as if thinking to himself, ‘F*** me, how IS that actually going to work?’ 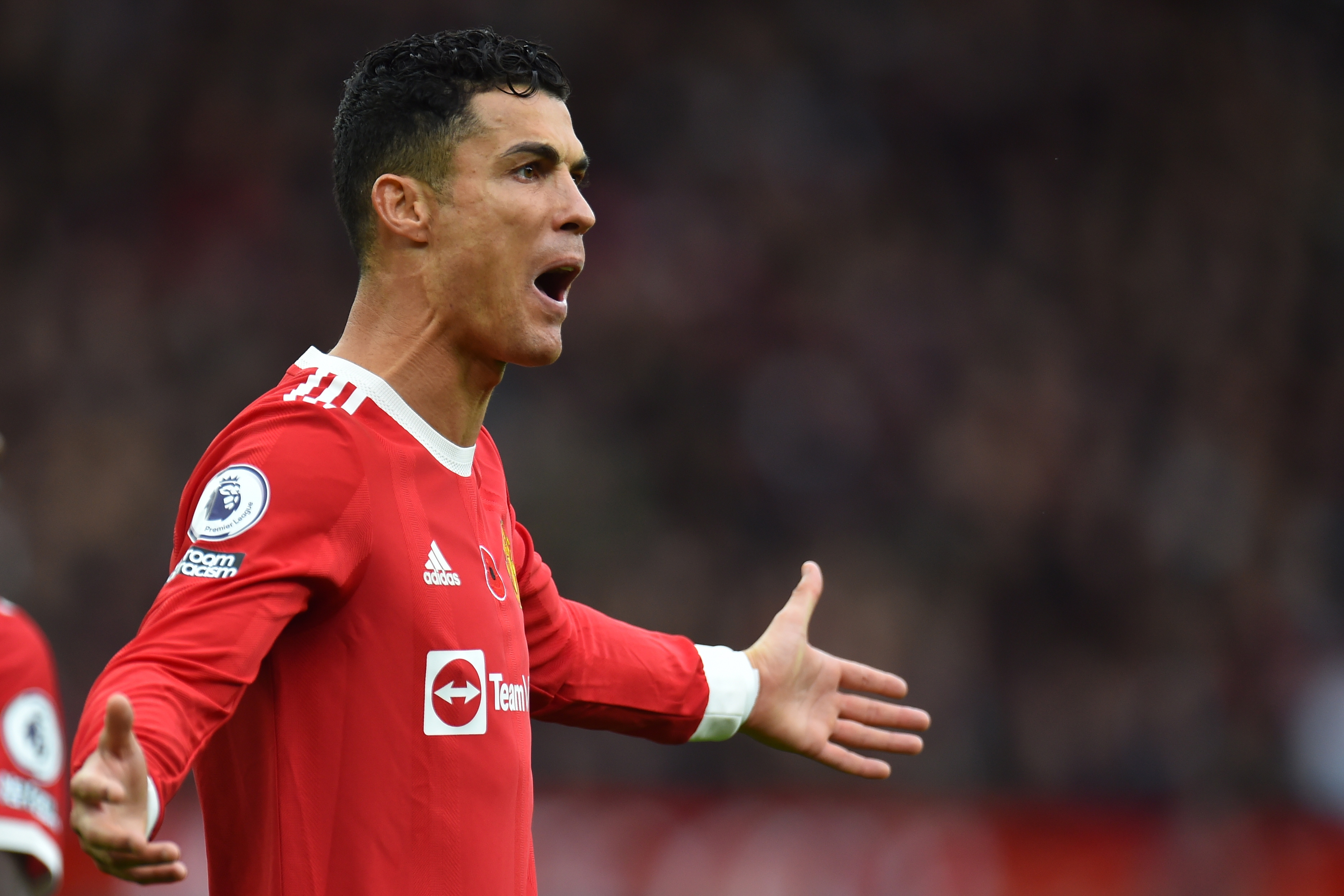 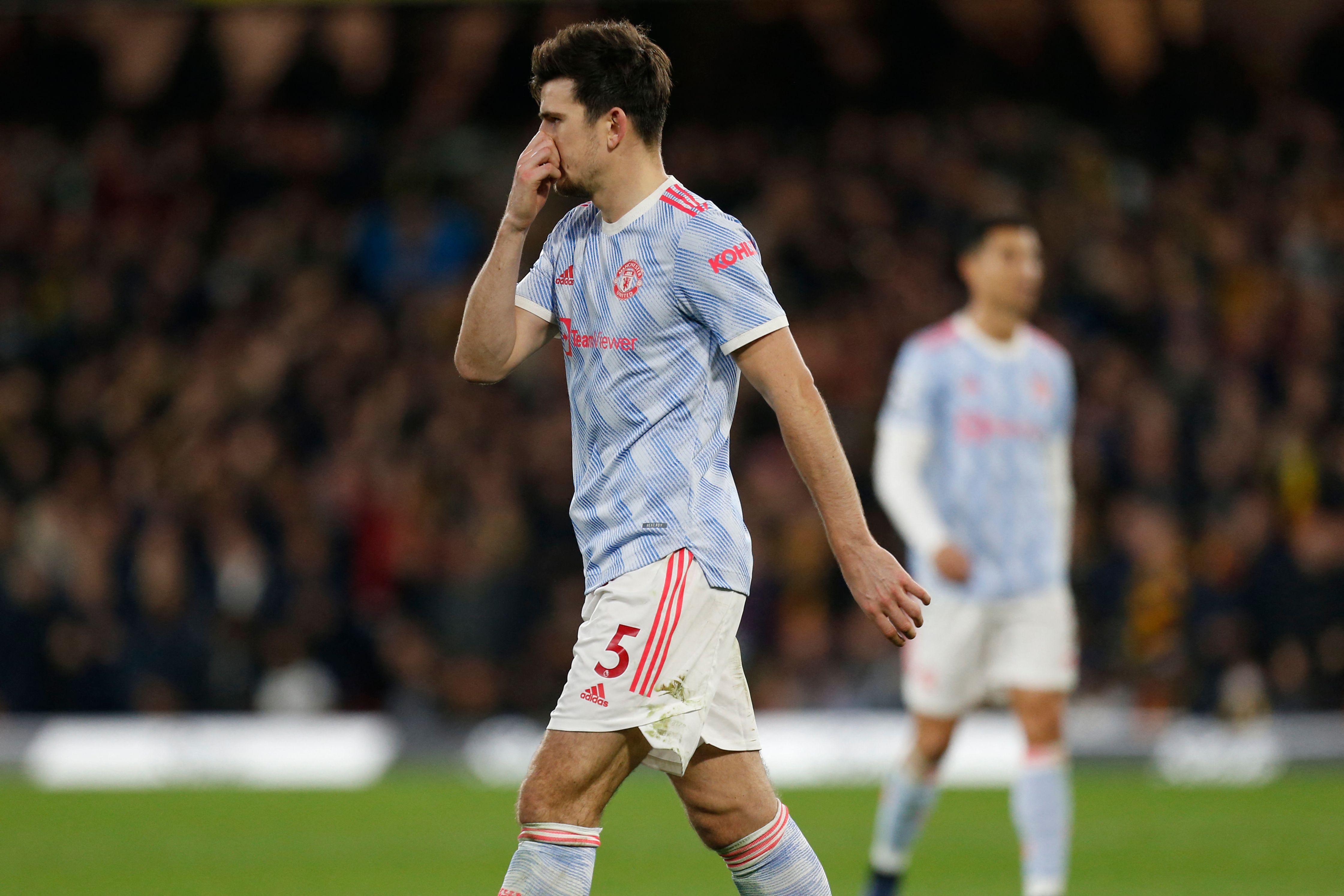 Even a seasoned England international such as Maguire can be starstruck by the presence of a bona fide footballing god.

And while Ole Gunnar Solskjaer, master of nostalgia, gleefully hailed Ronaldo’s sudden second coming, the Norwegian will have instantly recognised an even sharper focus on his own future.

Ronaldo does this. Even at Manchester United, he cranks up the thermometer.

He did not make or break Solskjaer. Three crucial late goals in as many Champions League matches might have briefly extended his tenure.

Yet the Portuguese also played in each of United’s recent humiliations by Leicester, Liverpool, Manchester City and Watford.

And when Ronaldo’s ‘super-agent’ Jorge Mendes starts making discreet inquiries about the manager’s future, as is rumoured, the pressure on the United board goes up a notch too.

Ronaldo will, though, make or break United’s next manager — perhaps their next two managers if there is to be an interim boss, followed by a permanent appointment in the summer.

He is here for this season and next and, fitness permitting, he will play at centre-forward for every major United match in that time — because he is Ronaldo and because this is a football club hooked on celebrity.

The next manager must make it work for Ronaldo.

Elite modern football management has much to do with massaging egos without allowing them to run wild.

Carlo Ancelotti, under whom Ronaldo enjoyed two of his most productive years at Real Madrid, has long been a master of that.

If Ronaldo’s running stats are poor, that doesn’t make him lazy. He is one of the finest strikers on the planet, not a middle-distance runner. Feed the GOAT and he will score.

There can be misconceptions about Ronaldo but the reality is more complex than the cartoonish idea of a preening, selfish, prima donna underpants model.

The 36-year-old Adonis is a consummate, body-as-temple pro.

Selfish? Well, he is not only the all-time leading scorer in Champions League history, but the competition’s leading assist-maker too.

Solskjaer compared Ronaldo to Michael Jordan after he performed one of those jailbreaks against Atalanta.

But while the basketball great was something of a Roy Keane-style locker-room b******er, Ronaldo is said not to be especially vocal.

When he does speak, though, everyone is compelled to listen.

And the scenes at the 2016 Euros final, when Ronaldo was forced off through injury early on, yet urged his national team to victory with a hyperactive display in the technical area, were a clear sign that he is capable of being  a leader of men.

The next United boss might well decide to make him captain.

For, while we learned through a year of behind-closed-doors football that Maguire is one of the shoutiest men in the Premier League, there have been suggestions of dressing-room disquiet about him as a skipper.

Maguire’s confidence crisis with United — a stark contrast to his England form during the Euros and the autumn — played a crucial role in Solskjaer’s demise.

The Norwegian rushed Maguire back too soon from injury before the Leicester debacle, saw him embarrassed by Liverpool, then on Saturday the defender was sent off at Watford in one of those catastrophic displays the Yorkshireman is capable of when he lacks self-belief.

To strip him of the captaincy would be a huge call.

But the continental way is generally to hand the armband to your best or most senior player — and Ronaldo is both at Old Trafford.

More importantly, there is the question of getting the most out of Ronaldo tactically.

Solskjaer stumbled across what looked a decent solution in the 3-0 drubbing of Tottenham, which would prove his final victory as United boss.

Yet by the time United returned to league action, that 3-4-1-2  formation was scrapped after injuries to Raphael Varane and Edinson Cavani, who made it work at either end of the pitch.

Cavani is a rare gem of a recent United signing and needs to be harnessed.

Then there is Bruno Fernandes. Along with Varane, he is the United player who knows Ronaldo best and yet he is also the player most dimmed by the big man’s arrival.

The Portuguese playmaker was United’s talisman for 18 months but has now become a genuine embarrassment, with his long-winded social-media apologies and his kicking off at booing supporters after the Watford thrashing.

And in Paul Pogba, when fit, there is another world-class player, and planet-sized ego, mishandled by Solskjaer.

When you throw it all together — Ronaldo, Varane, Cavani, Fernandes, Maguire, not to mention £73million Jadon Sancho — you realise quite how well Solskjaer was backed in the transfer market, even without the top-quality midfield anchorman he craved.

Elite management is about getting the best out of elite footballers and United have very many of those.

And Ronaldo, the most elite of the lot, will be front and centre if United are to haul themselves out of this mess.