HEAVYWEIGHT prospect Daniel Dubois has posted a throwback picture of him alongside Anthony Joshua from 2016 before he had even entered the paid ranks.

The hard-hitting 22-year-old didn't have his first professional bout until April 2017, but the former Team GB boxer has sparred countless rounds with AJ at the English Institute of Sport in Sheffield.

And Dubois has shared a snap of himself posing with the 2012 Olympic gold medallist along with amateur star Frazer Clarke – who won the 2018 Commonwealth gold medal.

Dubois declared the picture is from 2016, though he failed to disclose the camp of which they sparred with Joshua having fought Charles Martin, Dominic Breazeale and Eric Molina that year.

Fans were keen to know more about the sparring, as one tweeted: "Go on tell us more you know you want to…."

Another said: "How was it sparring with Joshua DDD?"

A third then boldly added: "Daniel, AJ has a dodgy chin, I think you have a good chance of beating him now despite your low experience. Step in the ring and chin him."

Since that picture was taken, Joshua has unified the heavyweight division, where he has became a two-time WBA, WBO and IBF champion.

Dubois meanwhile has became a force to be reckoned with after racking up 14 consecutive wins, with 13 of his victories coming by way of knockout.

Now the British and Commonwealth title holder, the Londoner is looking to claim the scalp of fellow unbeaten star Joe Joyce once boxing returns after the coronavirus crisis.

And both Joshua and Dubois appear to have Deontay Wilder in their sights after DDD's promoter Frank Warren claimed he wants to make the Bronze Bomber fight after his trilogy bout against Tyson Fury.

He said: "If Daniel comes through his fight with Joyce, then yes, by the end of the year yes.

"Tyson has shown how beatable Wilder is. Once their rematch is out the way, I’d have no problem matching Daniel with Deontay. 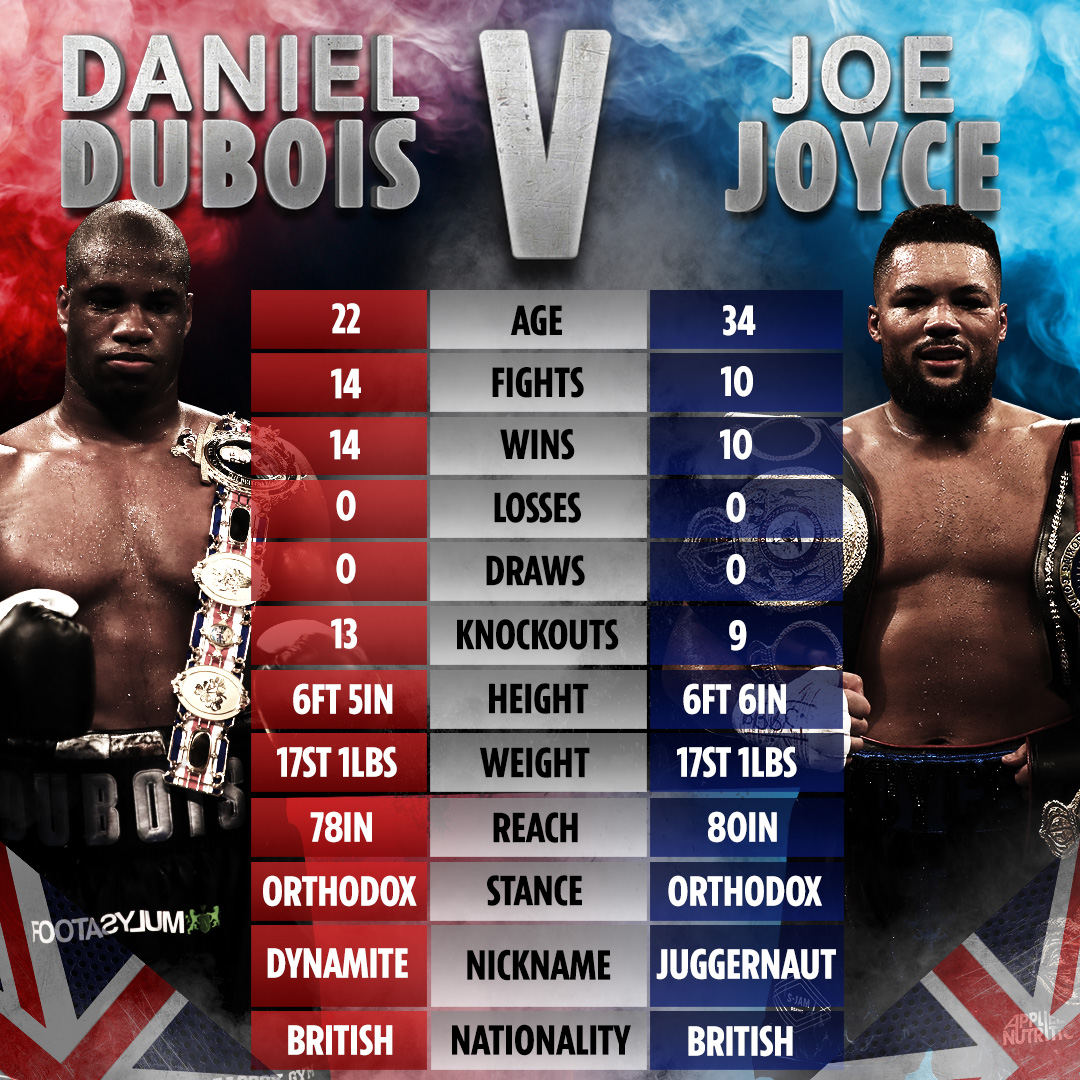 "Wilder is good, don’t get me wrong, but my man will be miles better in time. Daniel’s big and powerful and everyone knows he can punch, too. But he’s a good boxer.

"I’ve said before that he has a Larry Holmes-like jab and he works the body as well as any heavyweight on earth.

"I’ve been telling people how good Daniel is and once the world starts going back to normal, I’ll have no doubt he’ll show you.”

Is the Adria Tour on TV, can I live stream it, who is playing and are fans allowed?