A CAMPAIGN to recycle one million pairs of football boots that would otherwise be thrown away is being backed by former England goalkeeper David James.

The ‘donate and claim’ campaign enables anyone with spare football or astro turf boots to request a freepost ‘boot bag’ to donate them. 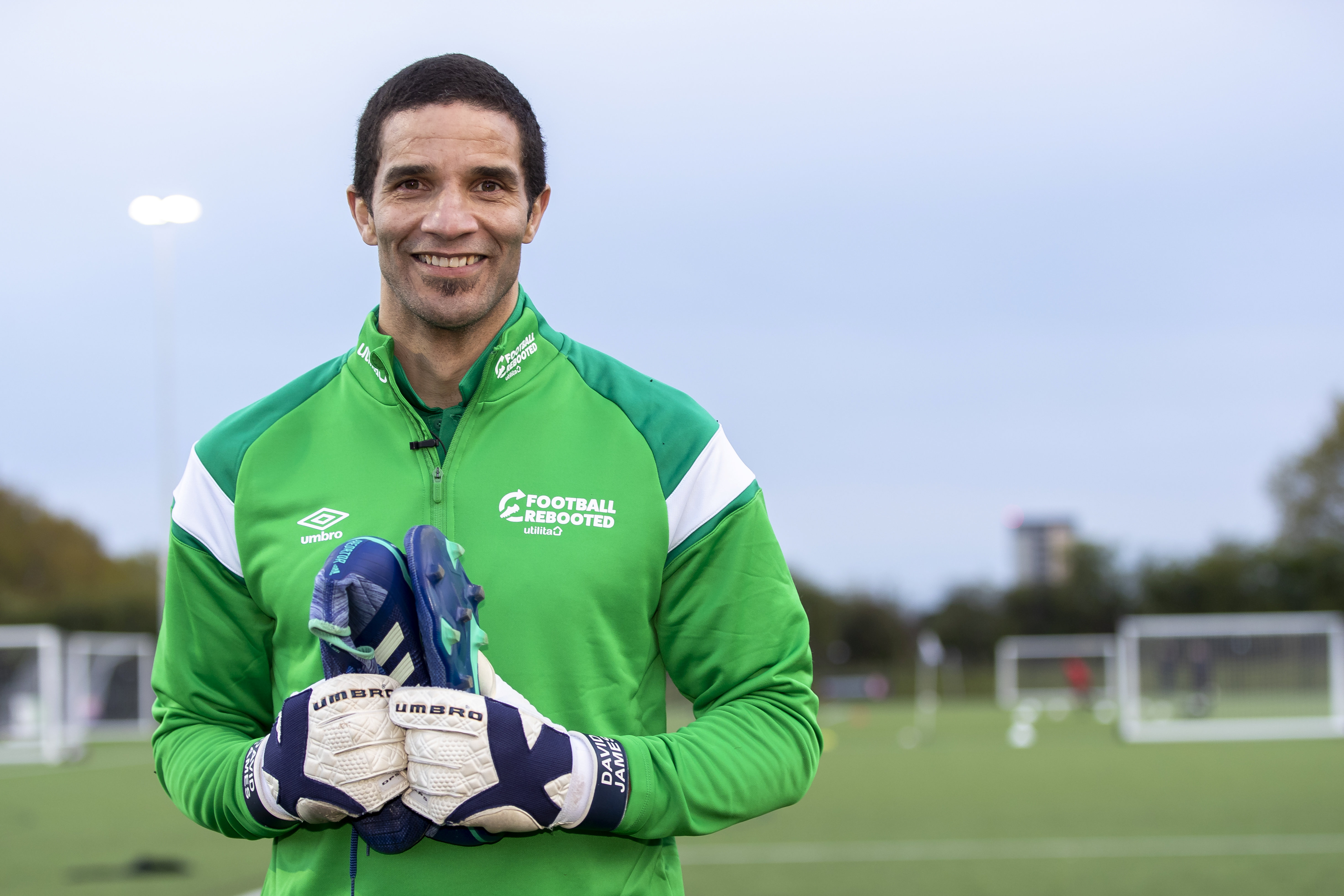 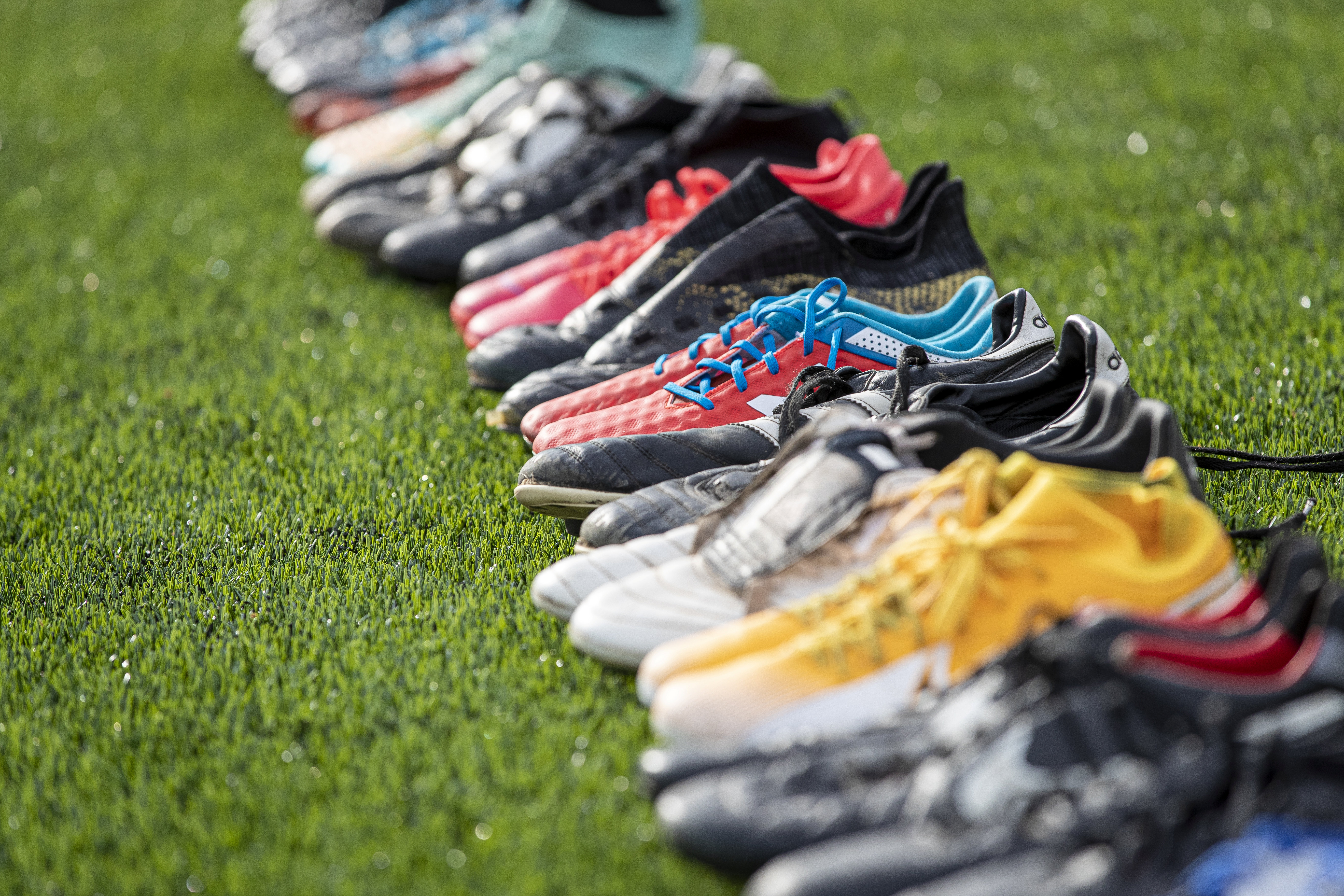 After which their boots will be available for anyone to pick up at one of many claim stations that will pop up in parks, training grounds, and at some of the UK’s largest football clubs.

It’s hoped the ‘Football Rebooted’ drive will be able to save families money in buying new boots, as well as 136,000 tonnes of carbon – the same as taking 7,000 cars off the road for a year.

David James MBE, working with energy company Utilita, said: “Right now, there are millions of pairs of football boots that people have grown out of or replaced, and we need to make sure they don’t end up in landfill.

“Getting these boots replayed through Utilita’s Football Rebooted campaign will not only save players a few quid but will also act as an important reminder about the power of upcycling and reusing items that still have a lot of life left in them.”

Premium pairs of the ‘most wanted’ retro boots, as well as former and current players’ boots and other items will also be in the mix – giving anyone a chance to come along and grab a pair to be proud of.

Premier League and EFL clubs across the UK, including Portsmouth, Southampton, Derby County and Leeds United have already signed up to donate boots worn by their academy players, while first-team players have also donated their own boots in the interests of the environment.

As part of the new campaign, schools can request boots be sent to them for children who they identify as needing football boots to enable them to play in or outside of school.

The campaign comes after Utilita’s State of Play report found that of the 74 per cent of families who had been impacted financially by the pandemic, 18 per cent won’t be able to send their kids back to grassroots football as they can’t afford boots and other items such as goalie gloves and shinpads. 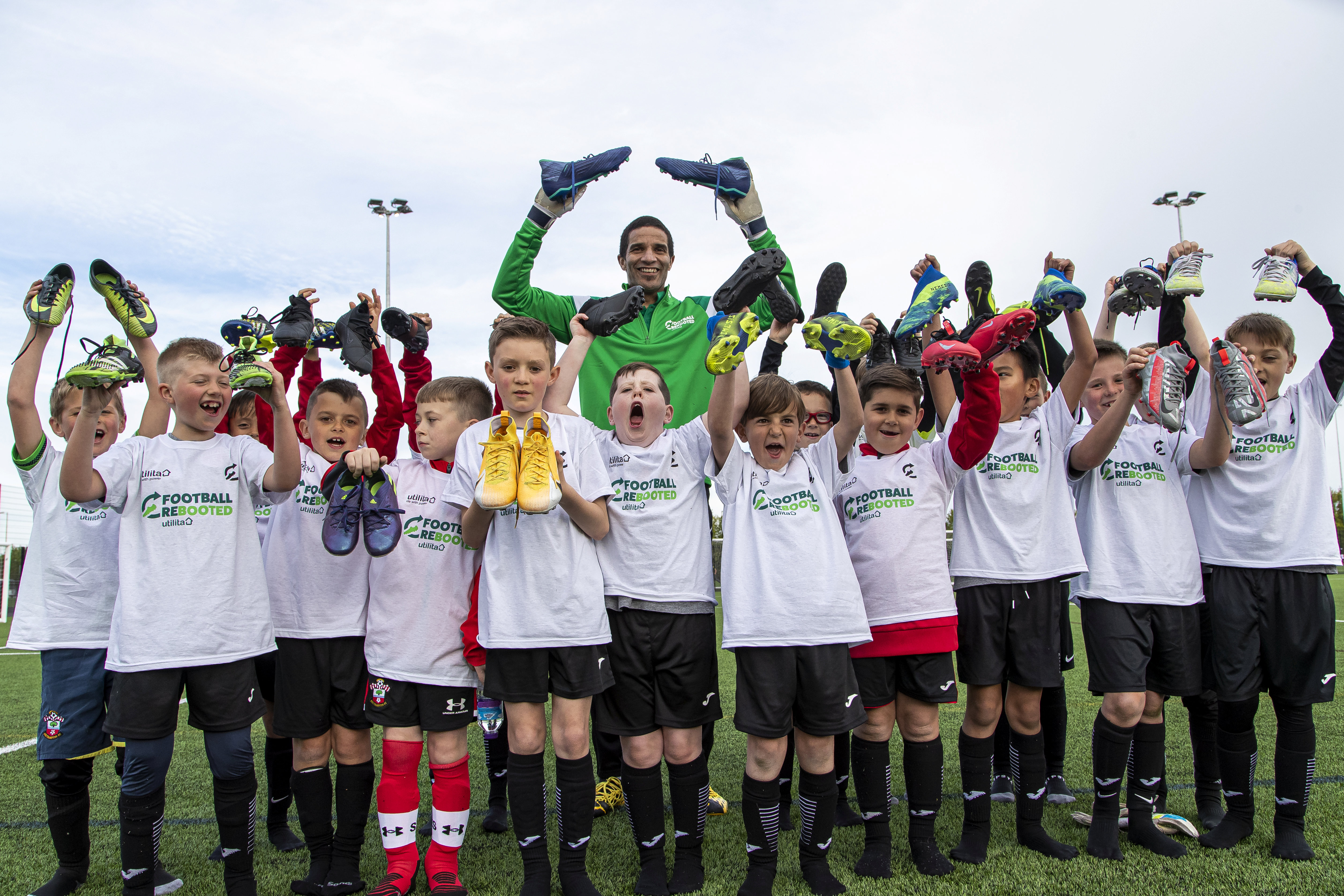 And during the pandemic, 63 per cent of parents polled via OnePoll said they had been approached by their child’s club for financial support.

Sadly, only three per cent of parents said they were aware of any significant amounts raised as a result.

Bill Bullen, founder of Utilita – the only energy company created to help households use and waste less energy, said: “Most consumers are becoming more thoughtful about how their choices impact the environment, but sometimes life gets in the way of making the right choice.

“That’s why we have created Football Rebooted, which makes recycling football boots with plenty of life left in them, really easy.

“The campaign has been shaped by grassroots football players, coaches and parents, so uses carbon-saving examples that really resonate with this audience – home energy usage and taking cars off the road.

“It’s been incredibly encouraging to see football players as young as six years old talk passionately about the importance of protecting the environment.”

Find out more information about the campaign at www.footballrebooted.co.uk.

Legendary rugby referee Nigel Owens, 49, planning to have kids with partner after retirement at end of season