DEONTAY WILDER’s fiancée Telli Swift has certainly made the most out of being a Wag.

While some partners shy away from the tag, Telli, 31, has fully embraced it. 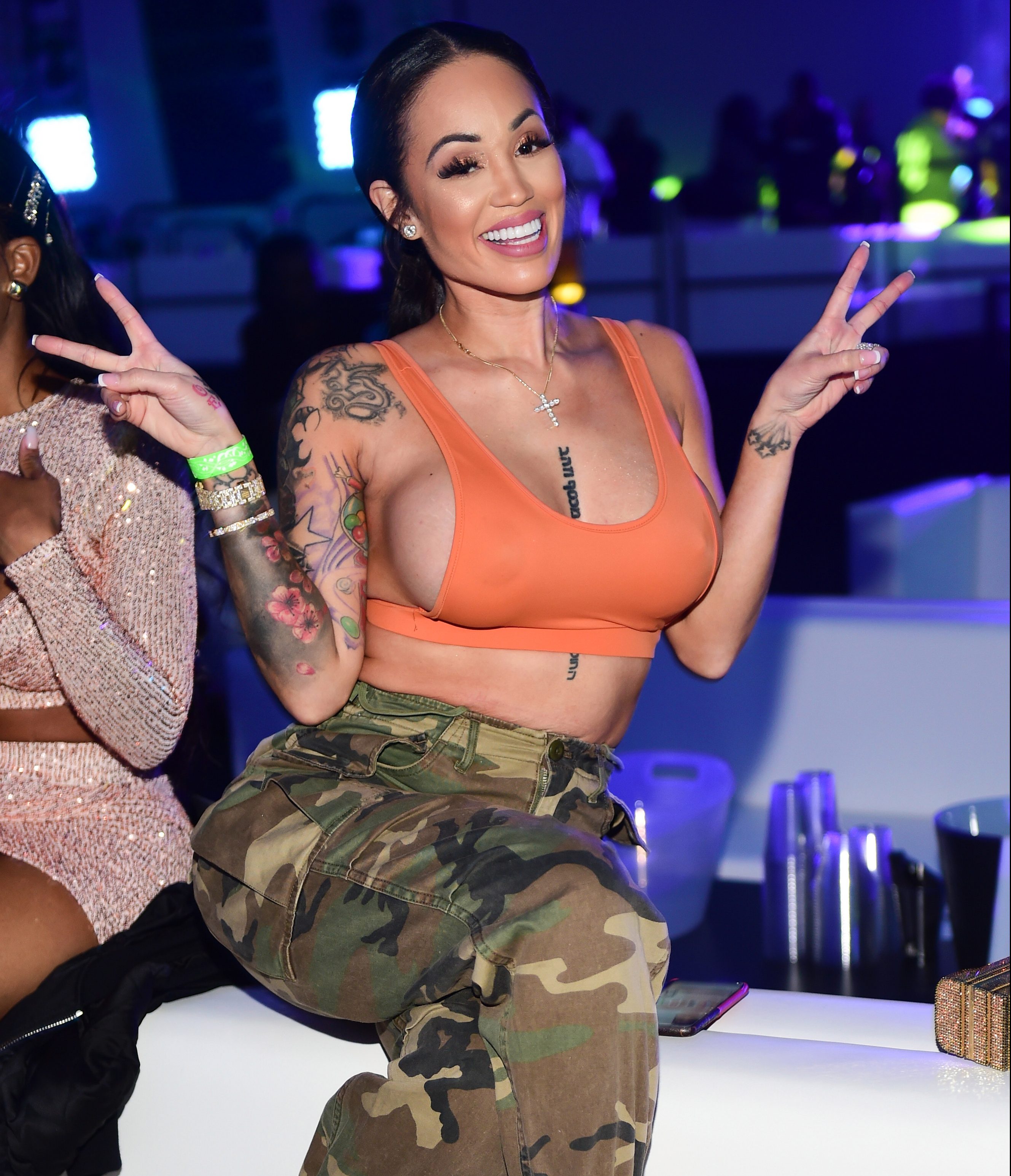 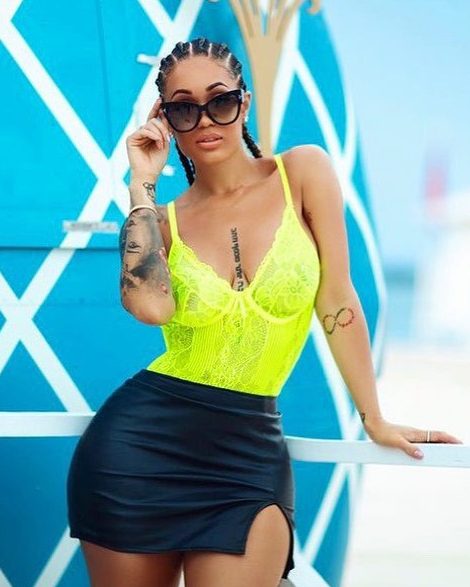 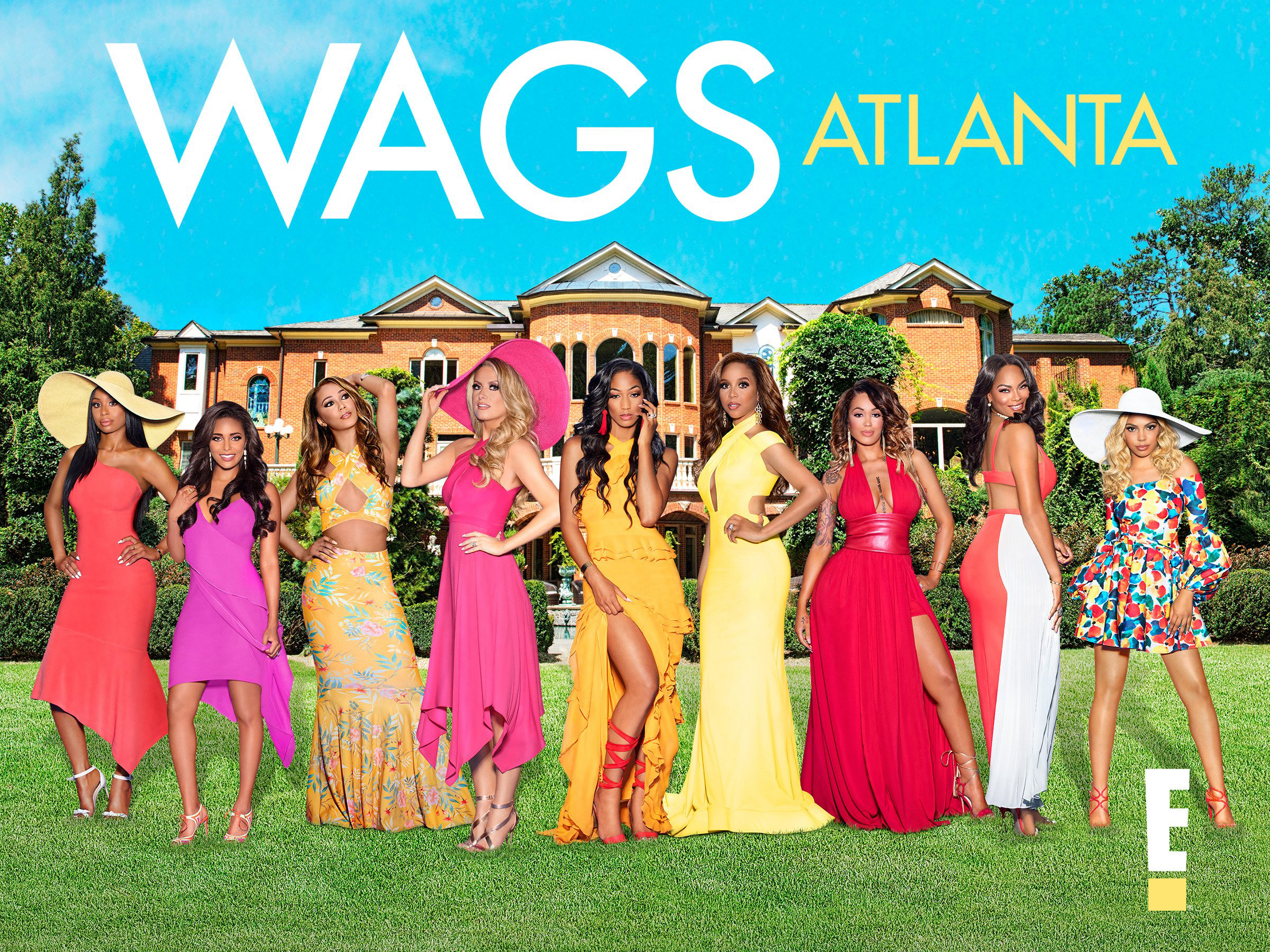 And she has also set up a charitable foundation called the Boxing WAGS Association, which supports children and families.

Born in the Philippines and raised in Japan, Swift was also a trained nurse before she made the move to the small screen.

Raised by a family with ties to the military, Swift spent a lot of time travelling around the world as a child.

"I was a military brat, I moved every 3 years or so due to my fathers' job," she once revealed.

"I can't even lie, I was a spoiled little girl and got everything I wanted and more. Life when I was younger was great."

She was raised in Japan, and by the age of three had already embarked on a career in modelling.

When Swift moved back to the States, she competed in various beauty pageants and featured in magazine photoshoots.

However, she believed her true calling was following a family tradition. 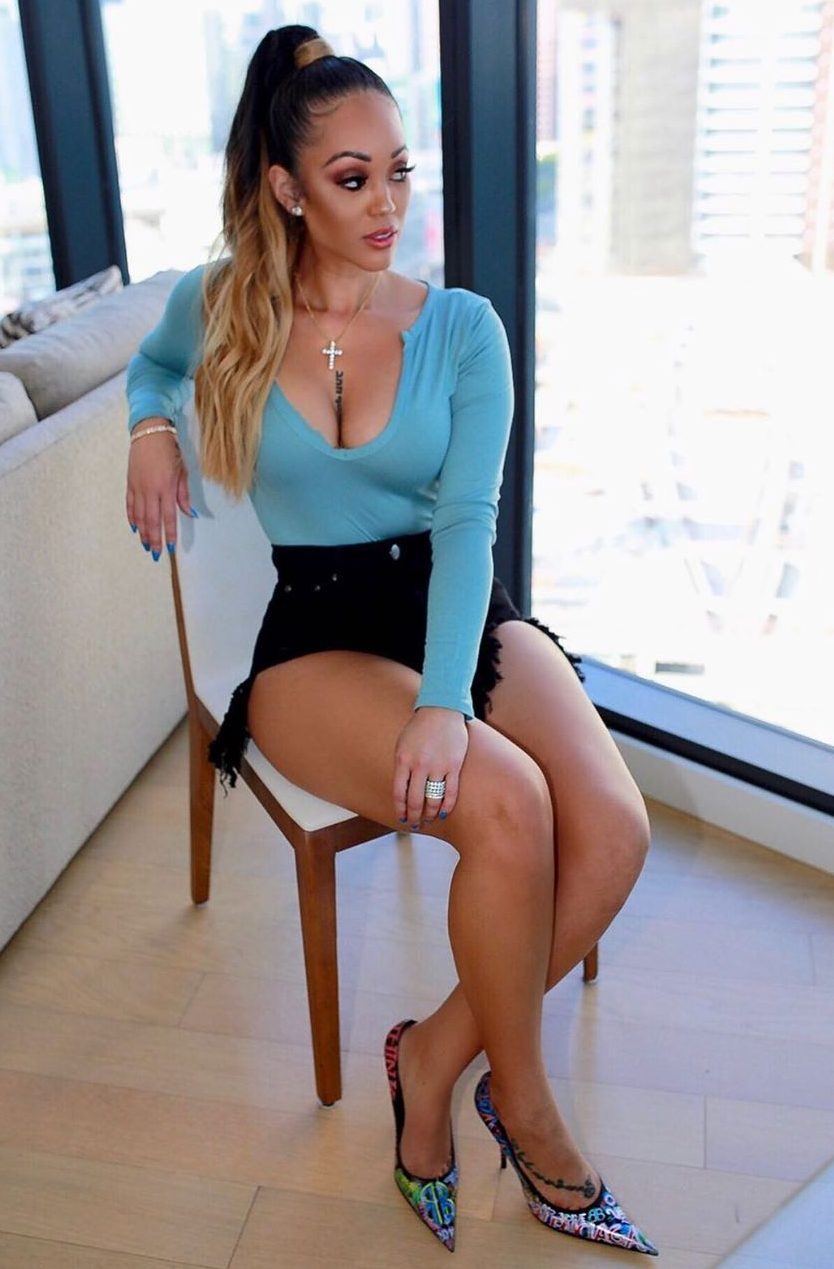 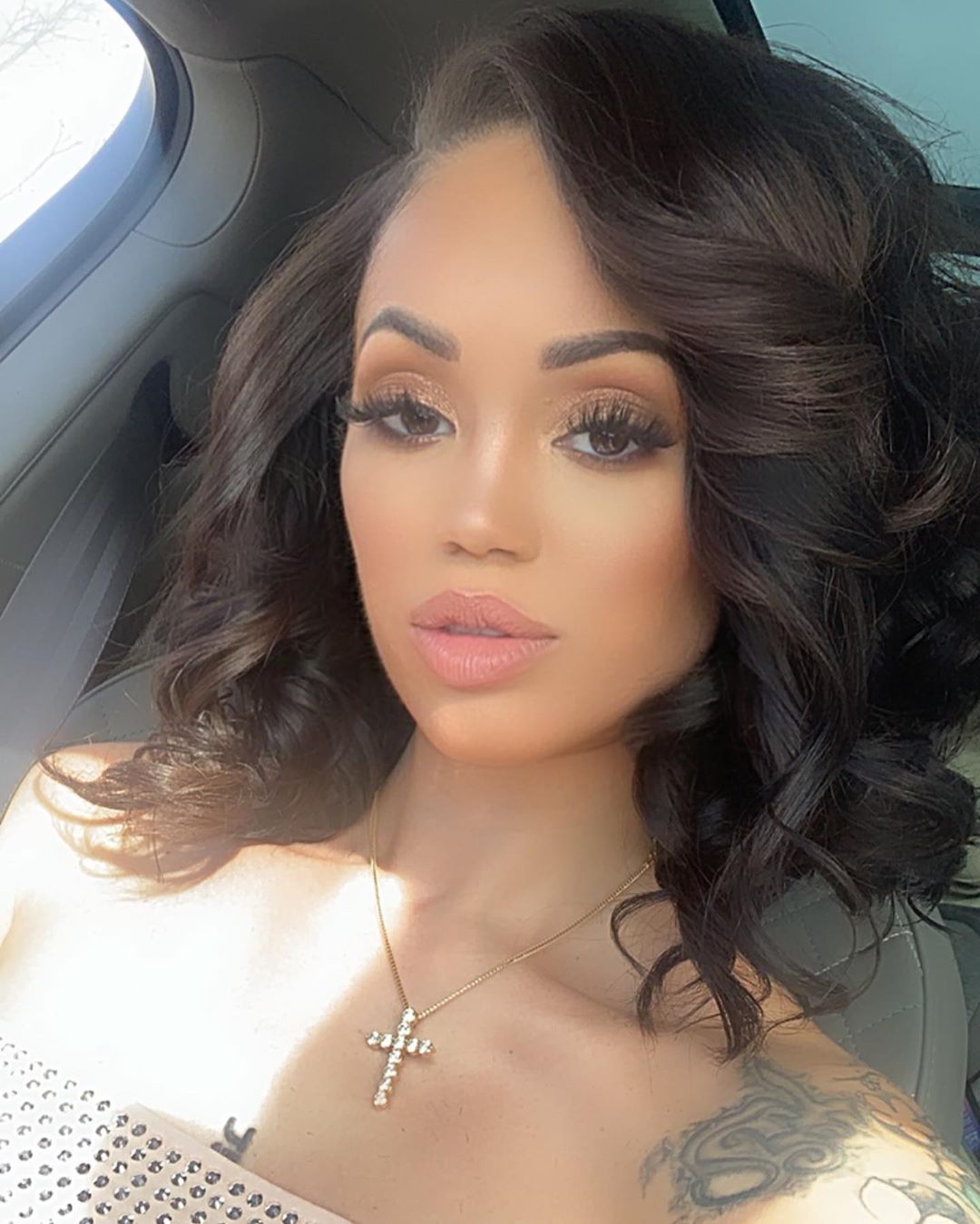 Following in the footsteps of her grandma and mum, Swift put her modelling to one side and qualified as a nurse.

She first worked in ER at a Los Angeles hospital, before she chose plastic surgery as her specific field and took a job at the prestigious Beverly Hills' Plastic Surgeons office.

Telli said: "My grandmother's a nurse, so is my mother, I guess it chose me.

"I like plastic surgery because it's elective, you overall have to be healthy and it makes people happy to improve themselves."

Remarkably, and rather romantically, Swift met Wilder at the airport in Los Angeles.

But it wasn't until they swapped DMs on Instagram, that the pair arranged to see each other.

“We saw each other from a distance at check in, then again at TSA, then he finally spoke to me while we were both going to our gates. 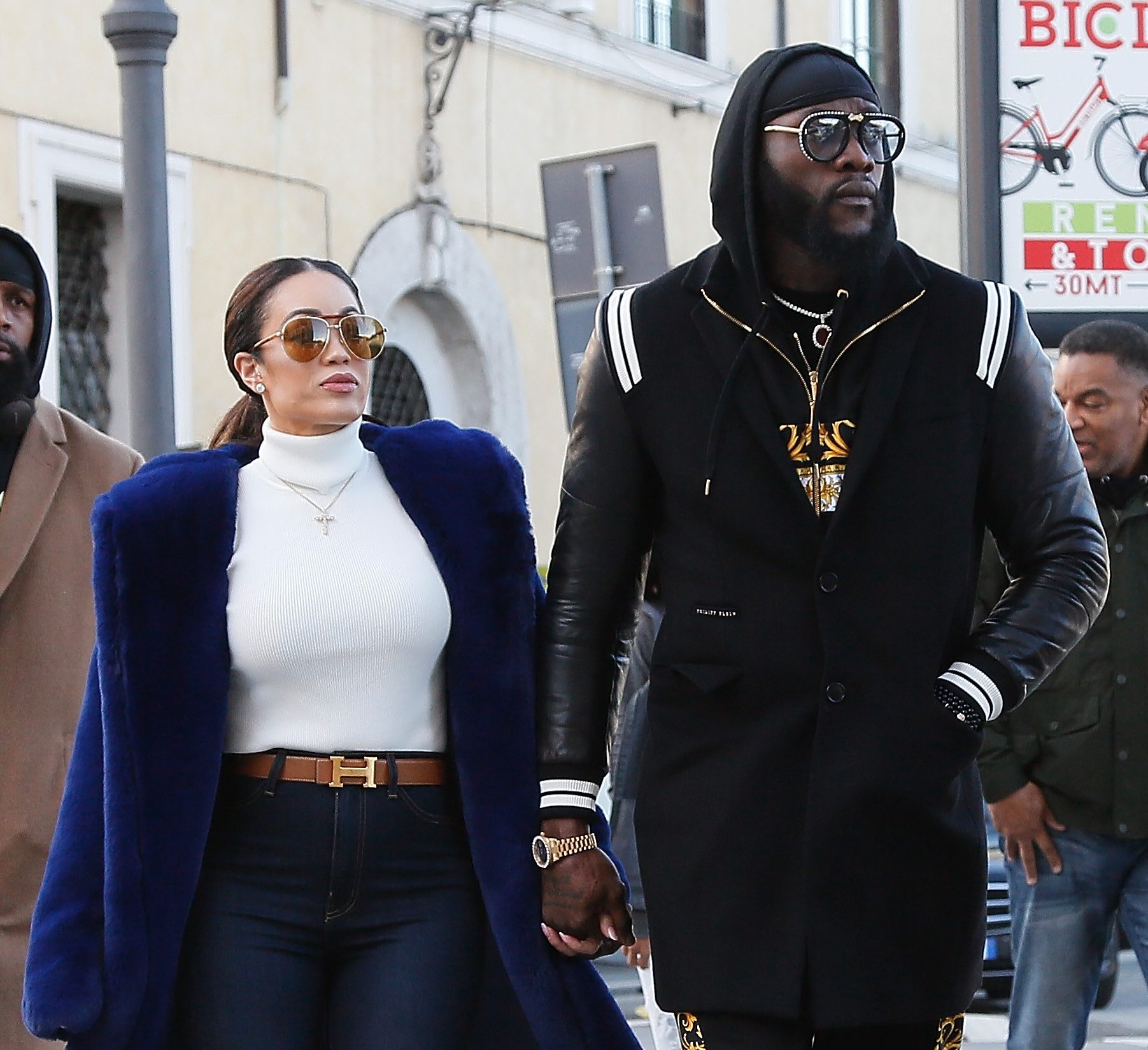 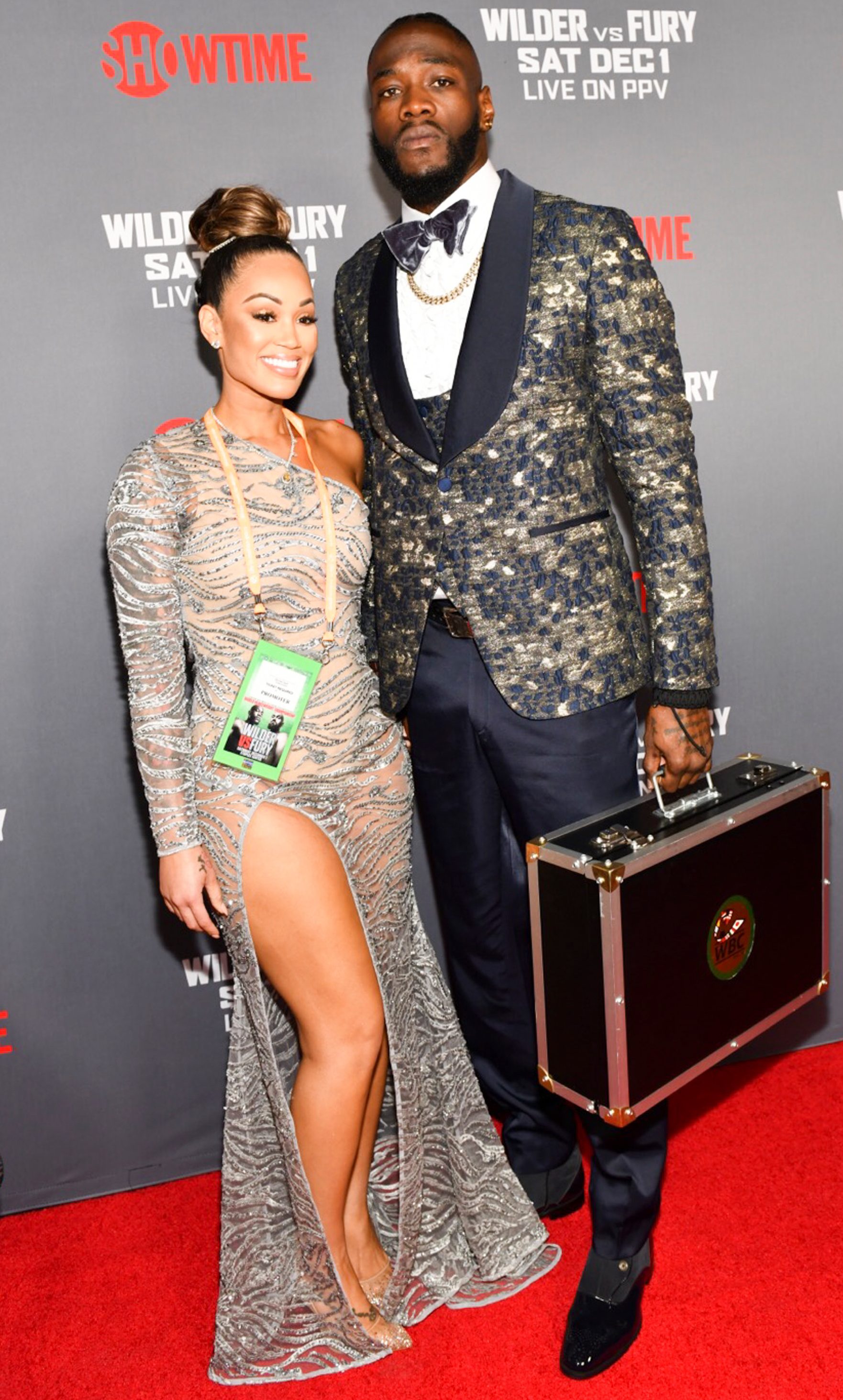 “While we were talking my friend came (I just got out of the hospital from an infection in my leg which I thought I was going to get amputated if the antibiotics didn’t work).

“I completely stopped talking to him and told my friend what happened with my leg and he left.

“Leave it to IG DMs we got in touch with each other two weeks before my family reunion which so happened to be in Alabama where Deontay is from. The rest is history.”

Being a boxer's Wag, Swift has adapted to the role perfectly.

Which is why she set up the charity, the Boxing Wags Association that raises funds and shares the proceeds with service providers and non-profit organisations who support children and families in a variety of ways.

On board are a selection of current and retired boxers' Wags – who all work together towards the same common goal.

"The world needs strong women. Women who will lift and build others, who will love and be loved," Swift said.

"Women who live bravely, both tender and fierce. Women of indomitable will.
"The purpose of the BWA is to have an alliance of women within a network who are fully committed to collectively affect change within themselves as well as their surrounding communities."

I’ve always believed that one woman’s success can only help another woman’s success. Honored to have been a part of such a special conference and sharing the stage with such an incredible group of strong & inspiring women. #wagcademy18 #wags #wagsatlanta #wagsla #wagsmiami #womenempoweringwomen #keynotespeaker

I’ve always believed that one woman’s success can only help another woman’s success. Honored to have been a part of such a special conference and sharing the stage with such an incredible group of strong & inspiring women. #wagcademy18 #wags #wagsatlanta #wagsla #wagsmiami #womenempoweringwomen #keynotespeaker

A post shared byBoxing Wags Association, Inc. (@boxingwagsassociation) on Oct 10, 2018 at 8:51am PDT

Our Founder @telliswift and her fiancé @bronzebomber was honored to meet #Pope @franciscus and gift him with a @boxingwagsassociation sweater shirt. #blessed ??? #tealmatters

A post shared byBoxing Wags Association, Inc. (@boxingwagsassociation) on Dec 14, 2019 at 2:51am PST

In 2018, Swift joined the cast of WAGS Atlanta, as the fiancee of Deontay Wilder.

Soon she became a fan favourite as a no-nonsense business woman and caring mother – she has 11-year-old son Kerron from a previous relationship.

Wilder has got in on the act, appearing on the reality TV hit in a special episode.

The heavyweight champ got down on one knee and proposed at their child’s gender reveal party on the programme.

They've been engaged for two years now, and although they haven't set the date, appear to be smitten with each other.

Perhaps a wedding will be the storyline for a new episode of WAGS Atlanta?  Watch this space. 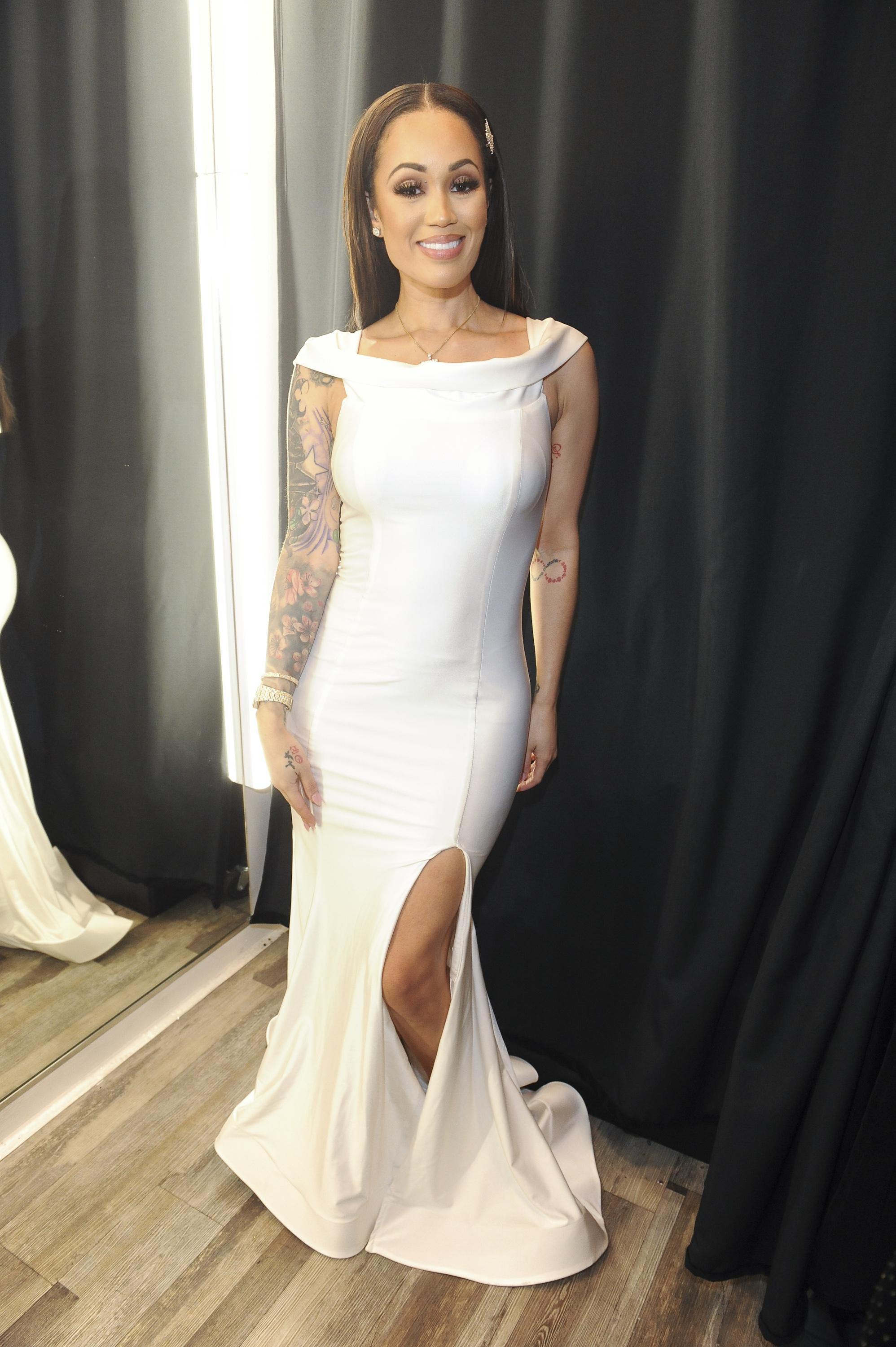 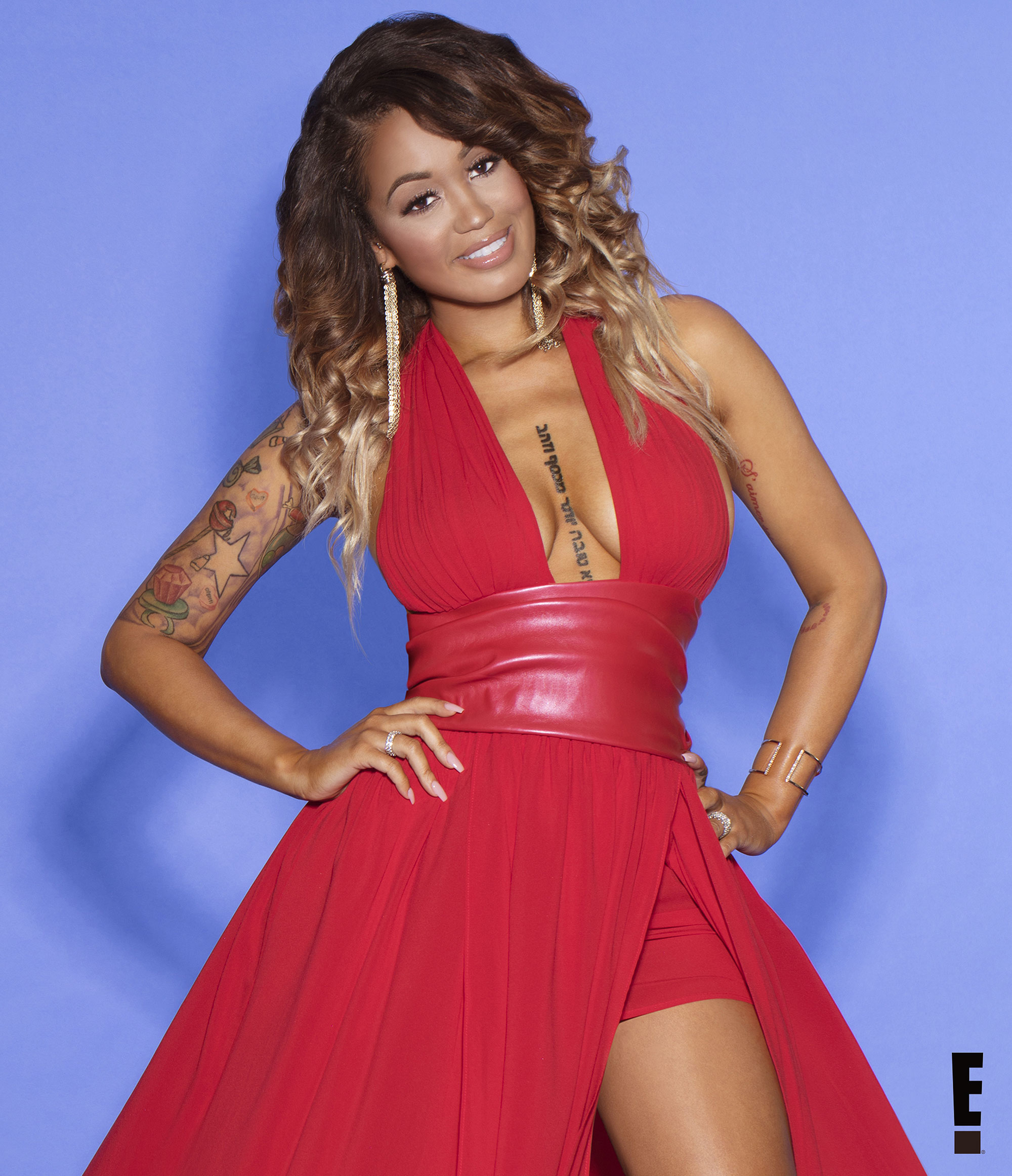 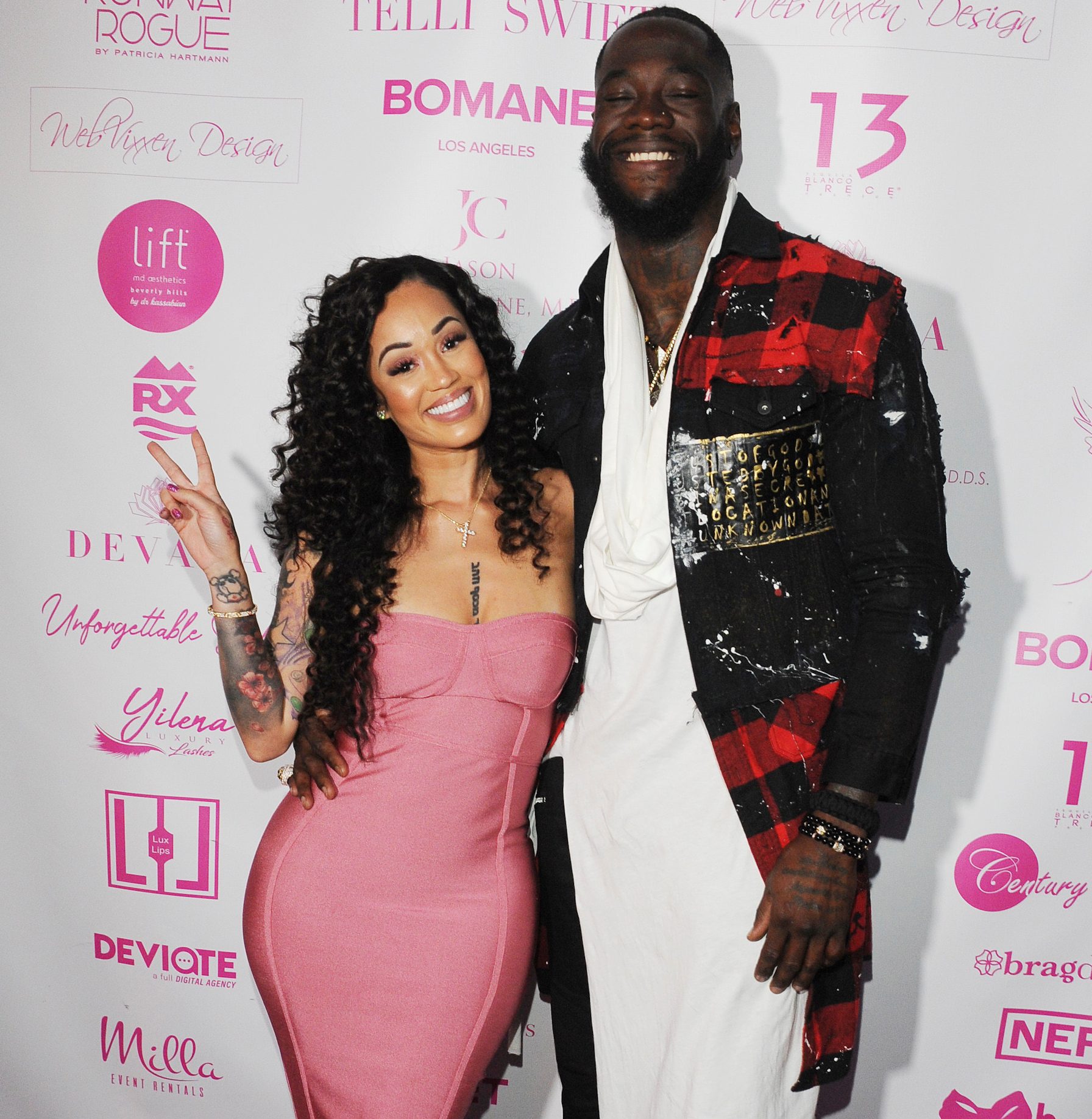 5’5” with brown eyes. Smile like the [email protected] #telliapproved #prettylittlething

Cheltenham Festival racing tips: All you need for the Mares' Hurdle at Cheltenham on Tuesday

Who is Georgina Rodriguez? Cristiano Ronaldo’s girlfriend, mum to daughter Alana and Spanish-Argentine model – The Sun