The Bronze Bomber was knocked spark out in the 11th round by the Gypsy King and fans were quick to poke fun at the American's bizarre pre-fight ritual after the defeat. 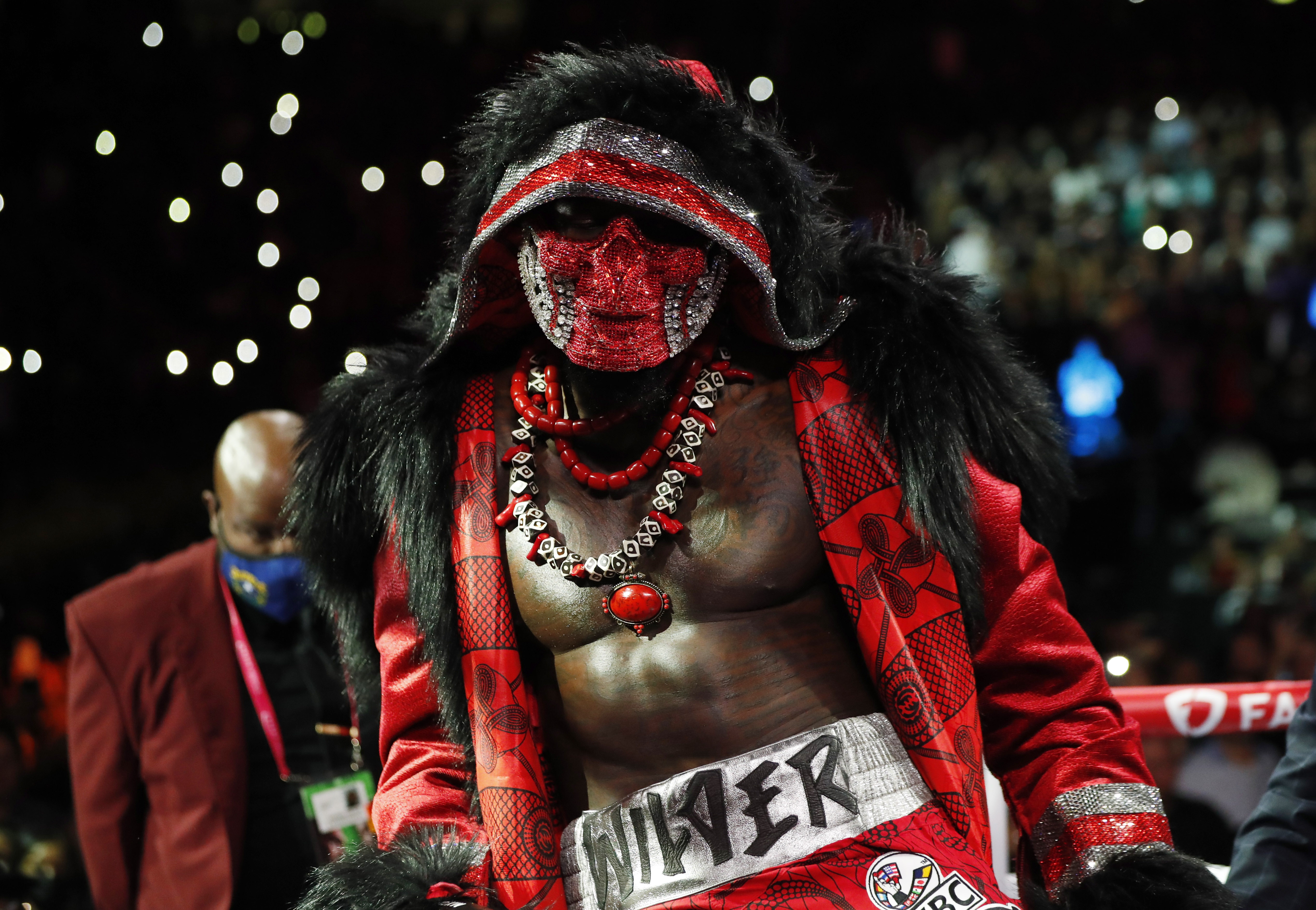 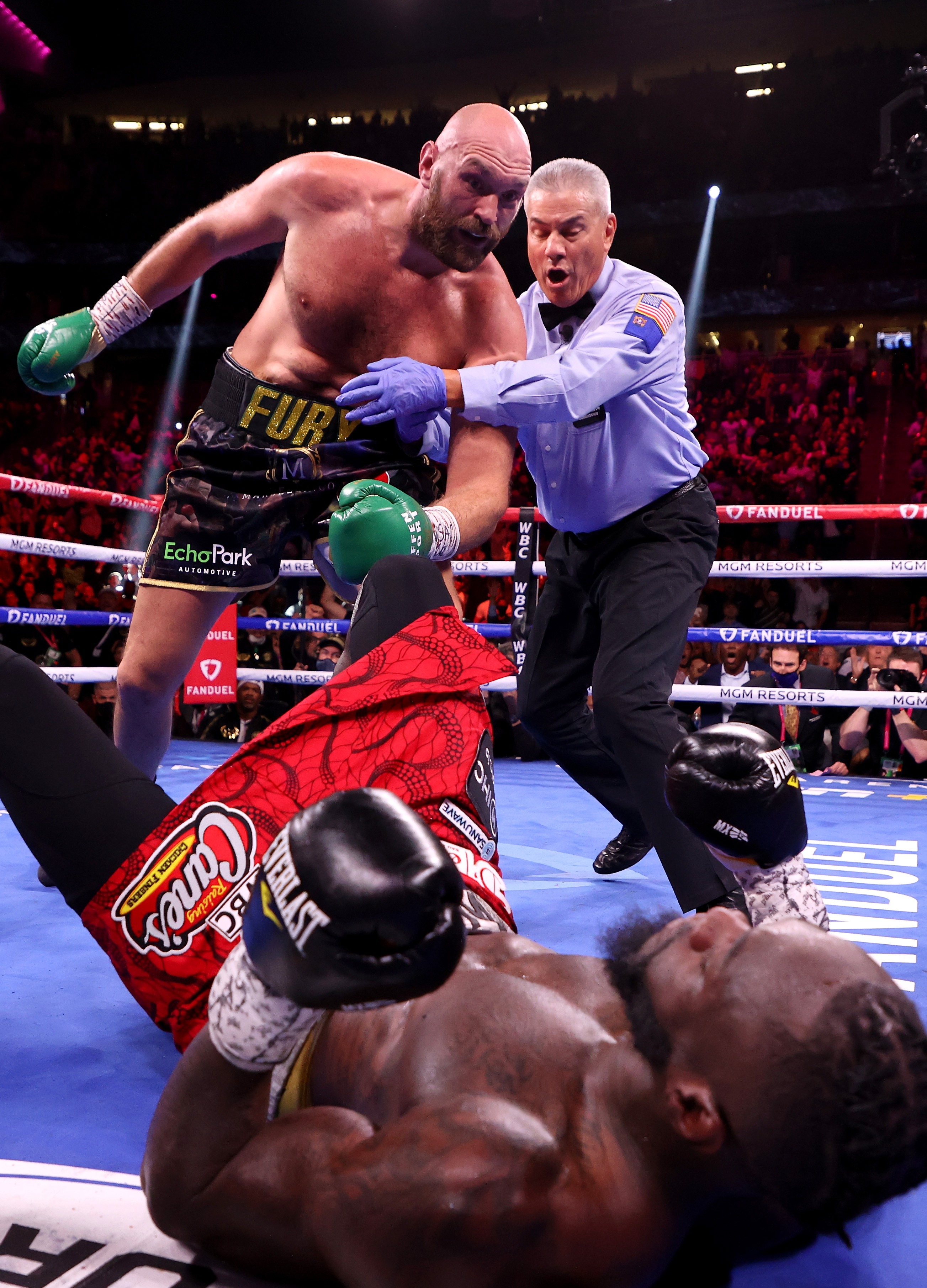 Fury floored the American three times in Las Vegas – with the third and final time bringing their long-running rivalry to a close as the ref waved the fight off.

Wilder, 35, was well in the contest in the early stages and even had Fury on the deck himself twice in the fourth round before the Alabama ace ran out of steam.

It was arguably Wilder's best performance in the trilogy but some post-fight focus was on his antics in the dressing room beforehand.

As challenger, Wilder had to enter the ring first.

But live footage showed him dawdling in the dressing room surrounded by his entourage.

Wilder was seen standing with his team in a silent circle as someone appeared to serenade or preach to the Bronze Bomber who had his head bowed.

And he also underwent a last-minute change of gloves moments before he was due to walk out.

While all this was going on, Fury was left in his own changing room, pacing around, bobbing, weaving and playing air guitar.

When Wilder finally emerged he had ditched the battery-powered 40lbs costume he wore last time out and blamed for sapping his energy.

Instead he was draped in claret red, the colour he has claimed to favour all week to celebrate his quest for Fury’s blood.

The mask remained – and it’s that theatrical accessory he claims helps transform him from a loving father-of-eight to the Bronze Bomber who wants a body on his record.

Meanwhile, Fury arguably won the battle of the ring walks moments later when he walked out dressed as a Spartan soldier to the tune of ACDC's 'You Shook Me All Night Long'.

While fans online were more direct.

One called them 's***-house tactics'.

Speaking after his defeat, Wilder said: "I did my best, but it wasn’t good enough tonight. I’m not sure what happened.

"I know that in training he did certain things, and I also knew that he didn’t come in at 277lbs to be a ballet dancer.

"He came to lean on me, try to rough me up and he succeeded.”

Cricket: World Cup win was nothing, says Sharma as he polices virus curfew