DERBY and Cardiff players were urgently evacuated from Pride Park amid reports of flares being set off in the away end during the warm-up.

Players were rushed from the pitch and fans were forced to flee as the PA announcer urged everyone in the stadium to leave ahead of the Rams' Championship game at home to the Welsh side. 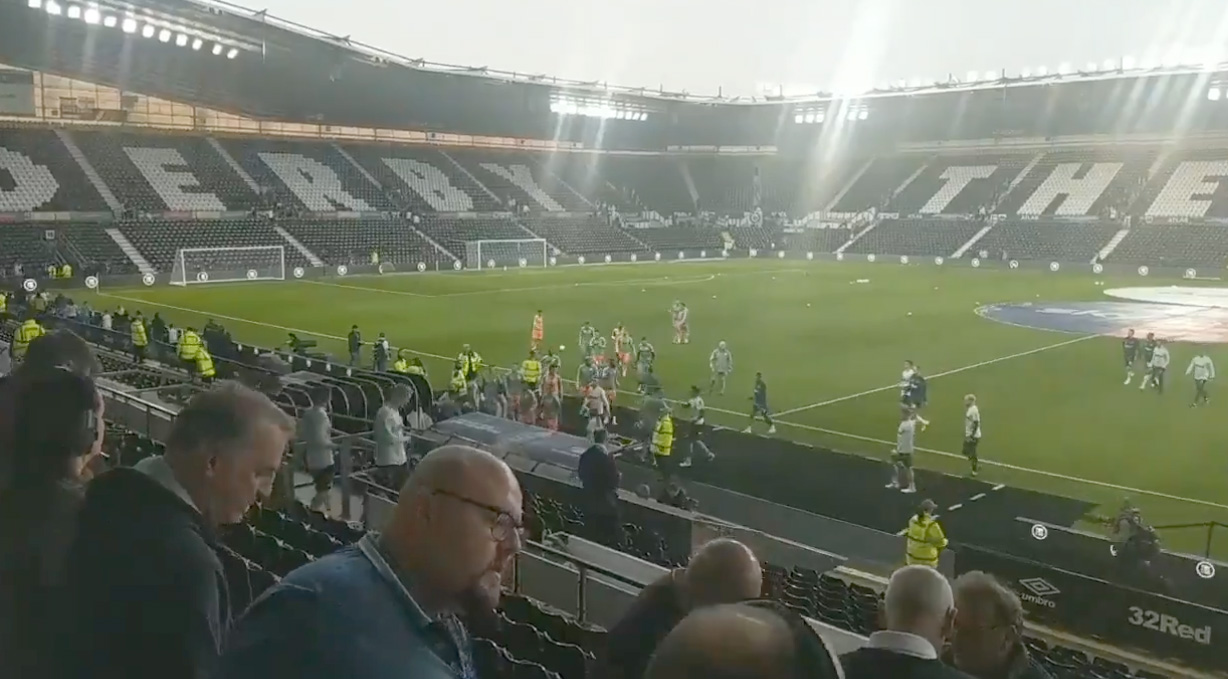 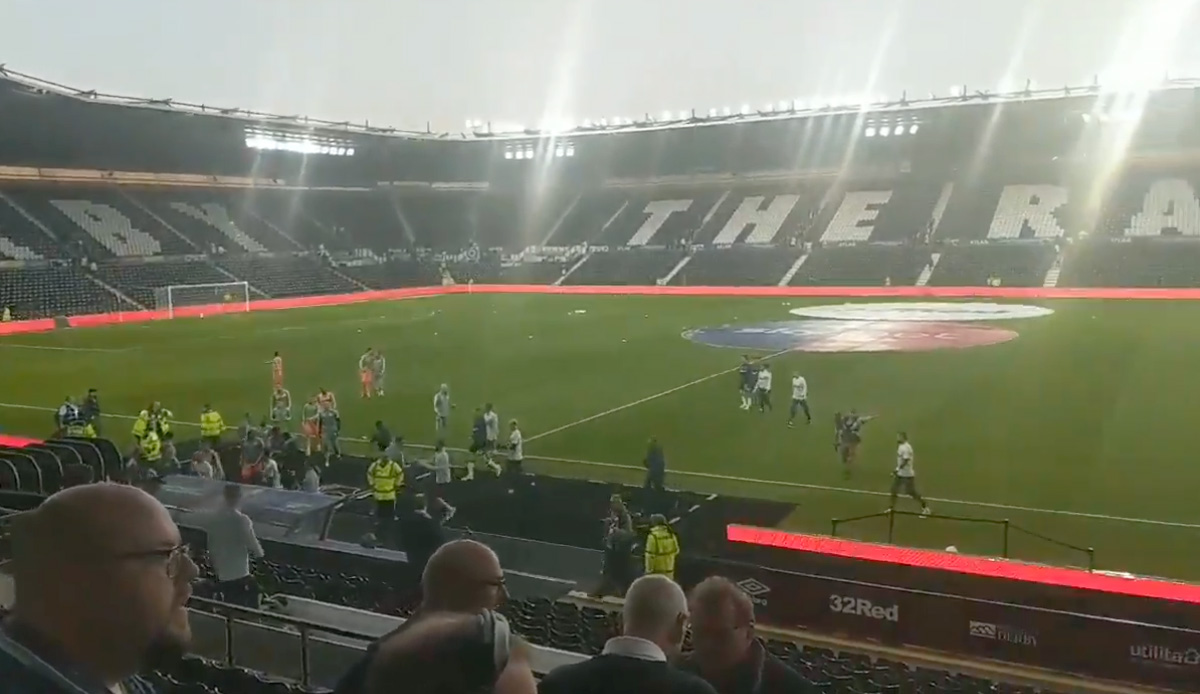 Video footage shows players and staff from both teams sprinting off the pitch as the announcer's warning was played loudly on repeat.

The message said: "Attention please, this is an emergency. Please leave the stadium by the nearest available exit."

Fire exits around the ground were opened to allow fans and members of stadium staff to leave immediately.

While there has been no official reason given for the emergency evacuation, supporters and players were allowed back in around five minutes later.

There were also reports of fans without tickets walking back in through the fire exits as paying punters made their way back in.

Derby are yet to comment but Cardiff have tweeted three times since the incident.

Malone's strike after an almighty and scrappy goalmouth scramble.

Despite the initial panic, fans on social media were quick to make jokes.

While LUFC_MOT added: "Just needed everyone out so Mel Morris could sell it to himself again."

Before Zachary B. posted: "Apparently suspicious activity overhead.. Police have now located a drone & arrested Marcelo Bielsa on a nearby footpath.. Leeds United about to be kicked out of league. #LUFC."

Adrian Dantley Returned To The Site Of A Legendary Prep Hoops Debacle, This Time As A Kids' Rec League Ref