The Washington Wizards forward, 26, would like to think that he has a pretty proficient jump shot on most evenings. 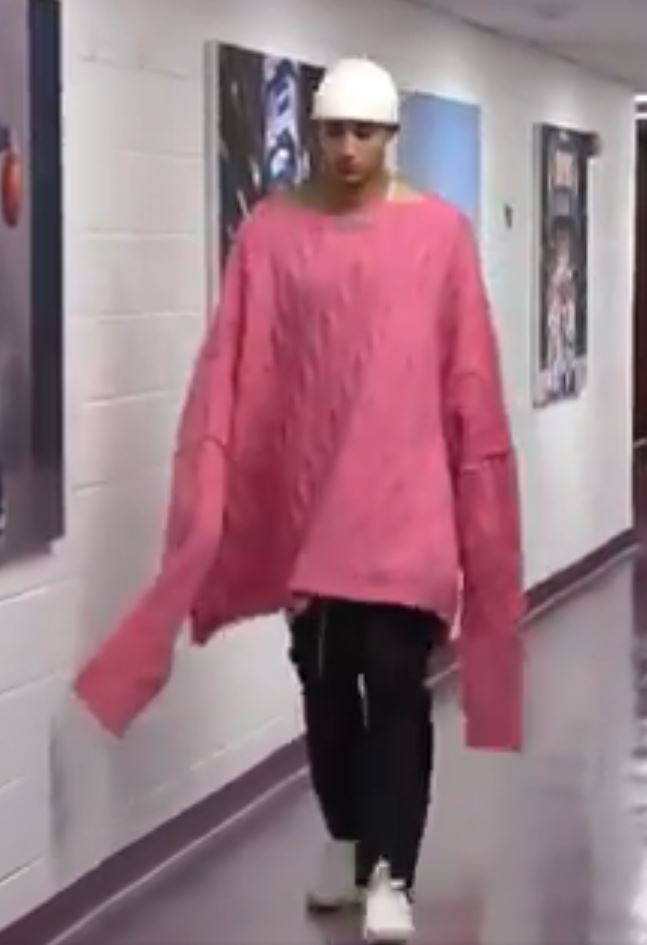 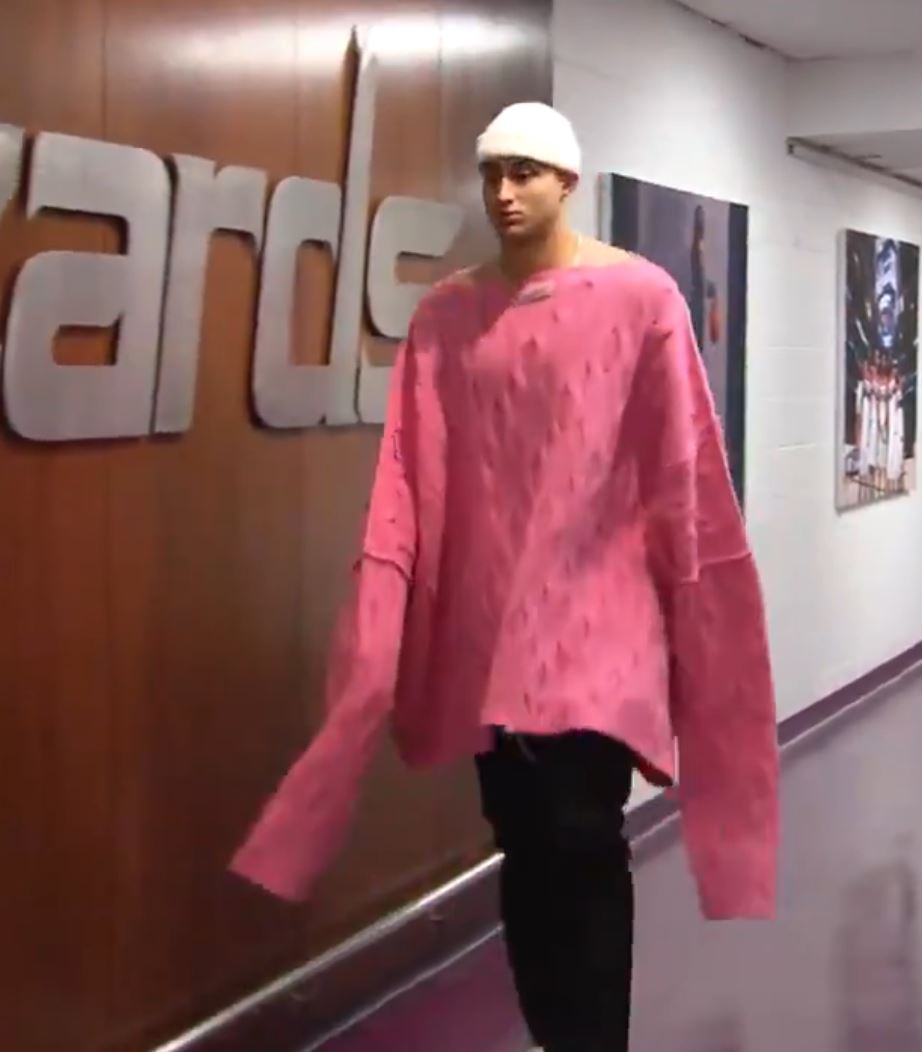 But it was his huge pink jumper that got the internet talking on this occasion.

In the NBA, many fans love to see what players wear as they arrive for games.

And eyebrows were raised as Kuzma entered Capital One Arena for the Wizards' home clash with the Charlotte Hornets last night.

With his arms nowhere to be seen, Kuz rocked an enormous pink jumper by Raf Simons – RRP a little under £1,200 – as he walked to the locker room.

It featured a knitted pattern, with the sleeves falling down to the 6ft 9in star's knees.

He completed his outfit with a white beanie, necklace and black trousers.

LeBron James, who has just been slapped with a one-game suspension for elbowing Isaiah Stewart in the face, tore into the outfit on Instagram.

Kuzma played with James for three years for the LA Lakers, before being traded as part of a Russell Westbrook deal in the summer.

"I’m not pressing the like button cause this is outrageous Kuz!"

Another of Kuzma's former team-mates DeMarcus Cousins, who famously humiliated him with an incredible dunk back in 2019, added: "Cmon bro s*** getting outta hand now."

Popular 5ft 9in guard Isaiah Thomas commented: "Come on killa… lol that one ain’t it haha."

The Wizards lost 109-103 to the Charlotte Hornets, having lost their surprise position at the top of the Eastern Conference.

Kuzma managed 11 points, 13 rebounds and five assists as his side were defeated, taking their record to 11-6 so far this season. 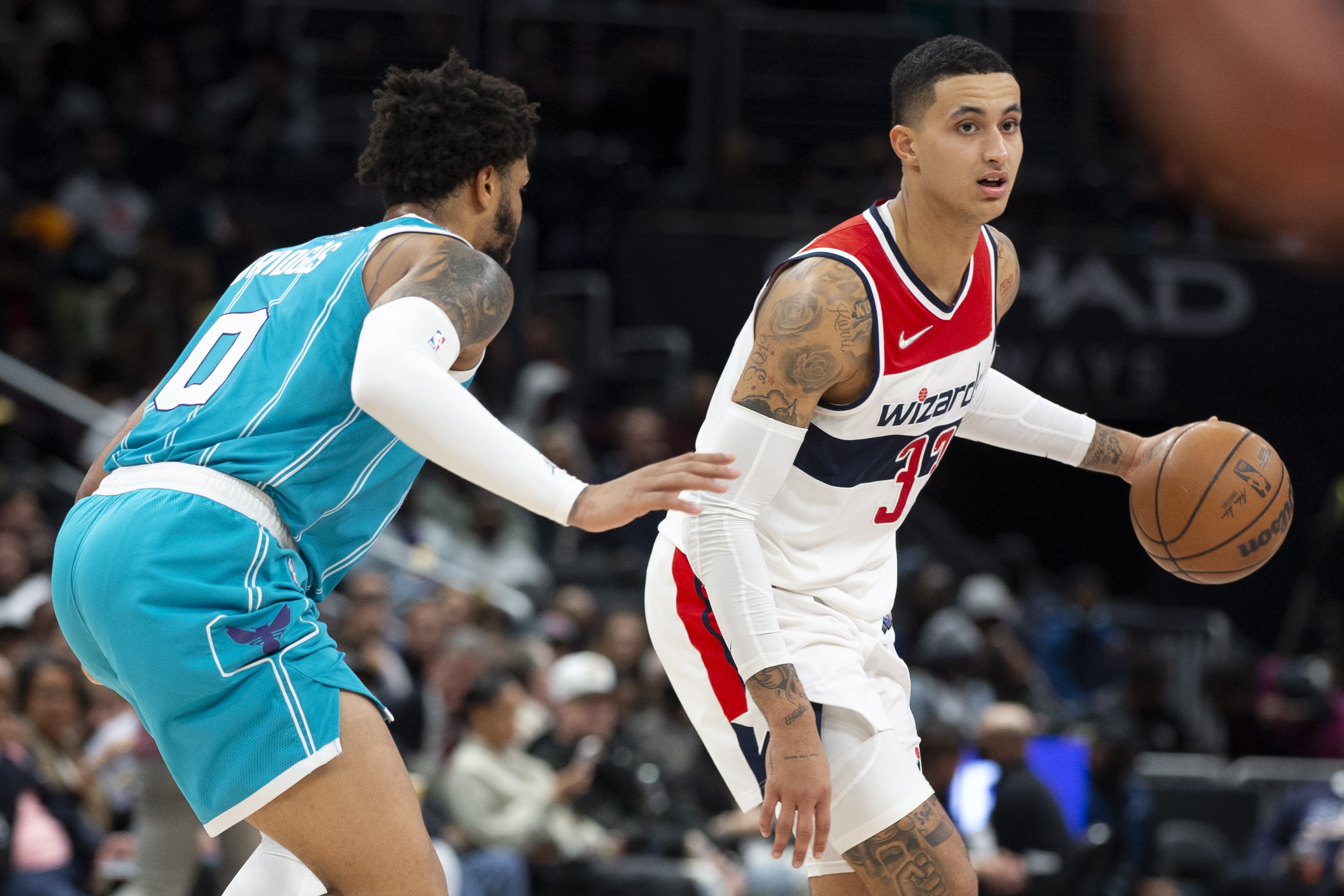