Dina Asher-Smith has been impressed by new sprinting star Sha’Carri Richardson and is relishing their head-to-head clash at the Diamond League meeting in Gateshead on Sunday.

The 21-year-old American has catapulted herself into the position of gold medal favourite for the 100 metres at the Tokyo Olympics in what will be her first major senior international meeting – providing she survives the notoriously tough US trials.

Richardson clocked 10.72 seconds last month to become the sixth fastest woman in history, backing that up earlier this month with runs of 10.74secs and 10.77 on the same day at Mt Sac in California.

Asher-Smith, the world champion over 200m, said: “I remember I saw the Mt Sac race and technically it was a very nice bit of sprinting to watch. It’s nice to see somebody put those times together in such a lovely technical way. I have to always back myself but I thought it was a really good piece of sprinting.

“I’m definitely a competitor always so this is something that really does make everything exciting because we have got so many women with 10.7 PBs (personal bests). It’s always fun to compete against such talented women.”

As well as Richardson and Asher-Smith, Jamaica’s two-time Olympic champion Shelly-Ann Fraser-Pryce will also be in the race, making it a big chance to claim early bragging rights for Tokyo. 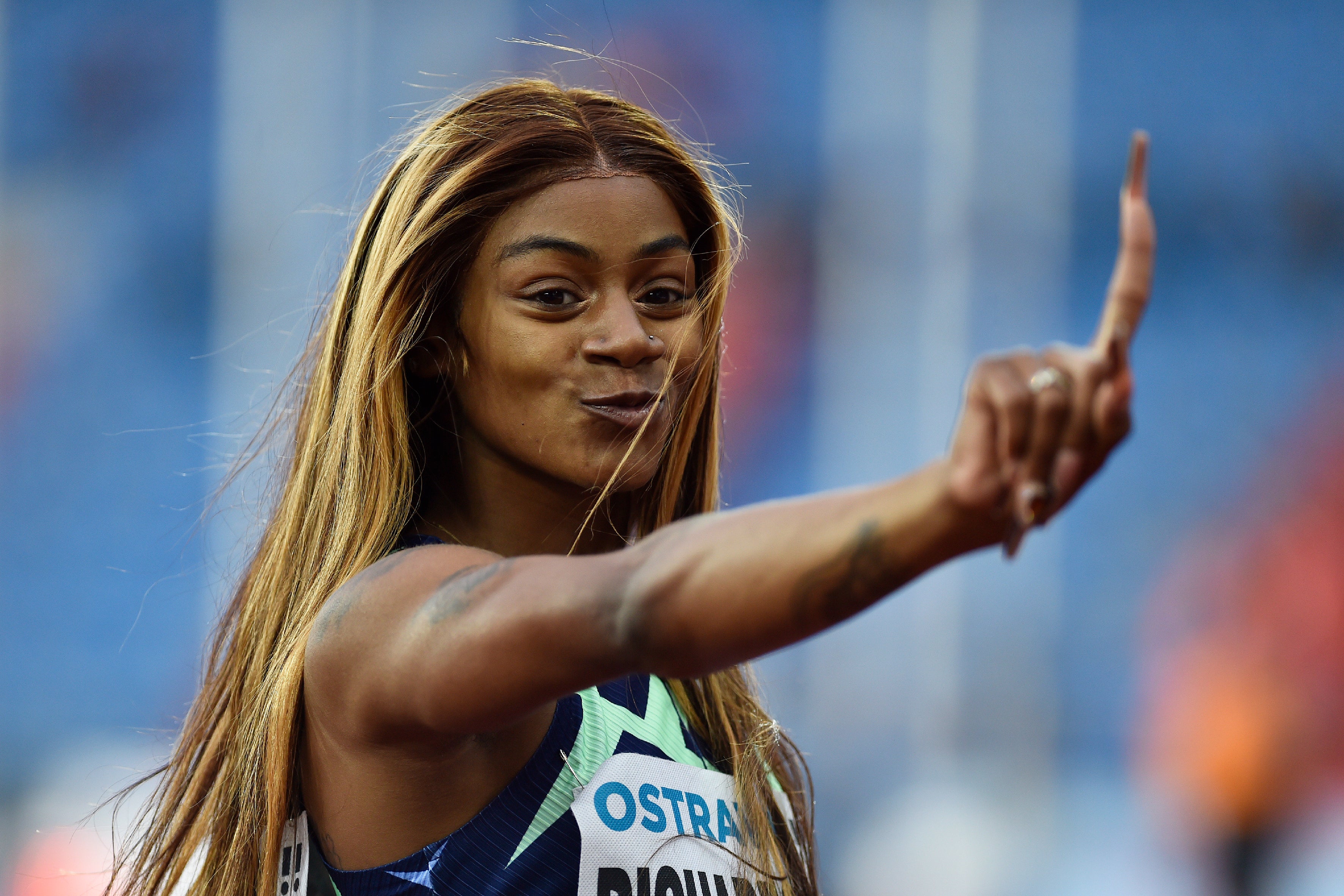 Asher-Smith played down the significance, saying: “As a female sprinter, quite often in Diamond League we come to fully-stacked races. Even last year, I raced Shelley-Ann in almost all my 100s I think so this is something I’m very much used to.

“I full anticipate this is what it’s going to be like going through the season, whether it’s in the 100 or the 200.”

Asher-Smith raced sparingly last year, with the coronavirus pandemic giving her a chance to put in a lot of hard work on and off the track.

“I’m much, much stronger and more technically proficient and I can do things that my coach has been hoping I could do for many years,” the British sprint star said. “I hope I can do them off the bat but things tend to come together at the championships so it’s going to be a very exciting summer.”

Richardson stands out not just for her super-quick times but also for her colourful hair, nails and tattoos.

It just shows that people see not only potential in me but they see greatness in me.

The Texan has already been compared to Usain Bolt for the impact she could have on athletics, and Richardson does not shy away from that.

“I get just as shocked as you guys when I step on the track and I run the times that I do,” she said. “To hear things like that, it just shows that people see not only potential in me but they see greatness in me.

“I want to show the UK fans and everyone watching Sha’Carri Richardson, and every time I step on a track I’m going to try to do something I haven’t done before.”

Richardson and Asher-Smith were both asked about British sprinter Adam Gemili’s comments this week criticising the International Olympic Committee’s ban on protests at the Games.

Gemili said he would take a knee in support of Black Lives Matter if he makes the podium in Tokyo.

Asher-Smith said: “I think it is a shame that kind of restriction has been put in place, especially when you consider what’s happening in the world right now.”

Richardson was more forthright, saying: “I’m a proud black woman and part of why I’m so so successful and I’m so motivated is because of my black history. I definitely want to be part of that.

“They’ve said their opinions and their restrictions but, at the end of the day, we as people, we have our own beliefs, we have our own rights. I’m definitely going to show the world that black lives matter forever and always.”

Irish government rules out mass gatherings until end of August