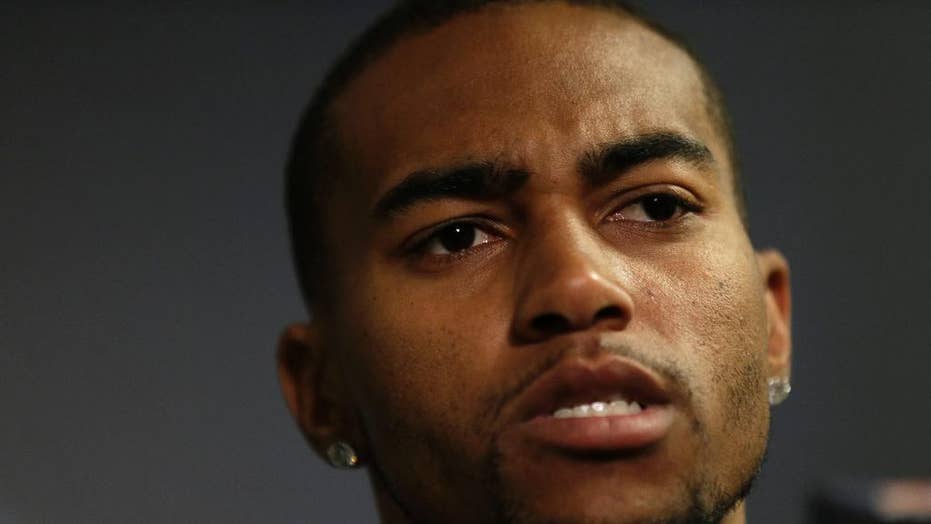 The Washington Redskins announces it would undergo a ‘thorough review’ of its name and possibly change it after nearly 90 years amid cancel culture; reaction and analysis from Merril Hoge, former NFL player.

Philadelphia Eagles wide receiver DeSean Jackson offered a second apology on Tuesday for the anti-Semitic social media posts he made over the weekend, which sparked controversy.

Jackson directed this apology to the Jewish community as well as Eagles owner Jeffrey Lurie and general manager Howie Roseman, both of whom are Jewish.

“I want to apologize to the Jewish community, Jeffrey Lurie, Howie Roseman, Doug Pederson, the Eagles organization and our fans for the insensitive and ill-informed posts that I shared on my social media,” Jackson wrote. “My intention was to uplift, unite, and encourage our culture with positivity and light. Unfortunately, that did not happen."

EAGLES' DESEAN JACKSON ON ANTI-SEMITIC POSTS: 'I DEFINITELY DIDN’T MEAN IT TO THE EXTENT THAT YOU GUYS TOOK IT'

He added: “I unintentionally hurt the Jewish community in the process and for that I am sorry! Now, more than ever, we must work together to end discrimination of all types and against all people and communities. This apology is more than just words — it is a promise to do better. I will fully educate myself and work with local and national organizations to be more informed and make a difference in our community.

“I will consider my words and actions moving forward,” Jackson continued. “I will seek out voices from other communities and listen to their words, thoughts, and beliefs. In a time of division, I am committed to doing my part in making this world a better place for our children.”

Prior to the post on Twitter, Jackson put out a near-two minute contrite video explaining the posts and apologizing for them.

“I’ve been getting a lot of backlash and a lot of feedback from the Instagram posts I put on my Instagram story," he says in the video. "I just want to extend an apology on behalf of me and what I stand for because … I never want to put any race down or put any people down. My post was definitely not intended for anybody of any race to feel any type of way – especially the Jewish community. What I posted … I definitely didn’t mean it to the extent that you guys took it.

“I just wanted to let you guys know I am very apologetic. I just want you guys to understand that it never was intended to be … to put any race down, any religion down. I post things on my story all the time and I probably should have never posted anything Hitler did because Hitler was a bad person and I know that. I was just trying to uplift African Americans and slavery and just enlighten my people so on behalf of myself I just wanted to let you guys know I apologize. I didn’t intend any harm or any hatred toward any people.

“People that know me know I have no hatred in my heart and I’d never try to put another religion down to uplift my religion or my race. From the bottom of my heart I just wanted you guys to understand that it’s coming from me and my feelings. And I just hope everybody just respects my platform, my opinions, to try to just enlighten my people.”

Jackson added in the caption of the video: “I post a lot of things that are sent to me. I do not have hatred towards anyone. I really didn’t realize what this passage was saying. Hitler has caused terrible pain to Jewish people like the pain African-Americans have suffered. We should be together fighting anti-Semitism and racism. This was a mistake to post this and I truly apologize for posting it and sorry for any hurt I have caused.”

EAGLES' DESEAN JACKSON ON ANTI-SEMITIC POSTS: 'I DEFINITELY DIDN’T MEAN IT TO THE EXTENT THAT YOU GUYS TOOK IT'

The Eagles said they talked to Jackson about the posts but stopped short of announcing any discipline or fines against the player. In a statement released Tuesday, the team said:

“We have spoken with DeSean Jackson about his social media posts. Regardless of his intentions, the messages he shared were offensive, harmful and absolutely appalling. They have no place in our society, and are not condoned or supported in any way by the organization. We are disappointed and we reiterated to DeSean the importance of not only apologizing, but also using his platform to take action to promote unity, equality and respect. We are continuing to evaluate the circumstances and will take appropriate action. We take these matters very seriously and are committed to continuing to have productive and meaningful conversations with DeSean, as well as all of our players and staff, in order to educate, learn and grow.”

A passage highlighted and posted in his Instagram Stories read: “Hitler said, ‘because the white Jews knows [sic] that the Negros are the real Children of Israel and to keep Americas secret the Jews will black mail America.

‘The will extort America, their pan to world domination won’t work if the Negroes know who they were.

‘The white citizens of America will be terrified to know that all this time they’ve been mistreating and discriminating and lynching Children of Israel.’”

The Philly Voice noted that the passage appears to be from the book “Jerusalem,” which attributed the quote to “The Nazis World War II.”

In one caption, Jackson wrote: “This man powerful I hope everyone got a chance to watch this !! Don’t be blinded. Know what’s going on.”

He also posted a quote-picture attributed to Farrakhan, which read: “There must be 100% change… There’s a burden the Earth is carrying that it must be relieved from. The Earth is burdened by the wicked living on a planet that was made for the righteous.”

Jackson also posted a video on his Instagram Stories relating to Bill and Melina Gates talking about vaccines. The caption on the video read: “Farrakhan warns against vaccines.”

Jackson defended himself against claims of anti-Semitism, saying, “Anyone who feels I have hate towards the Jewish community took my post the wrong way I have no hatred in my heart towards no one!! Equality Equality.”

The Hitler passage photo was still on his Instagram Stories at the time he released the statement. The Farrakhan photos were scrubbed.