EMMA RADUCANU was thrashed 6-0 6-1 in her only warm-up match for next week's Australian Open.

Elena Rybakina dispatched the US Open champion in just 56 minutes at the Sydney International. 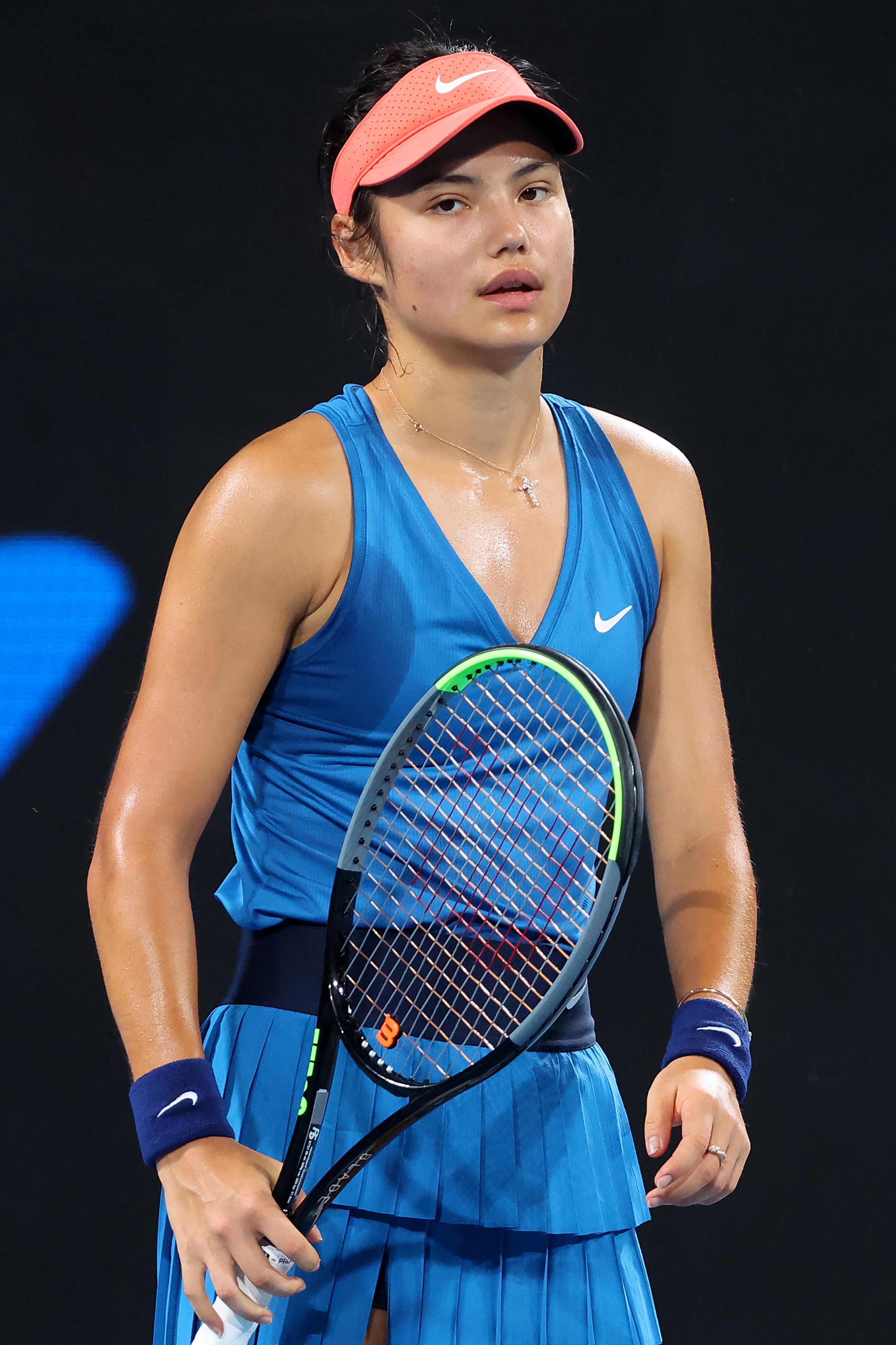 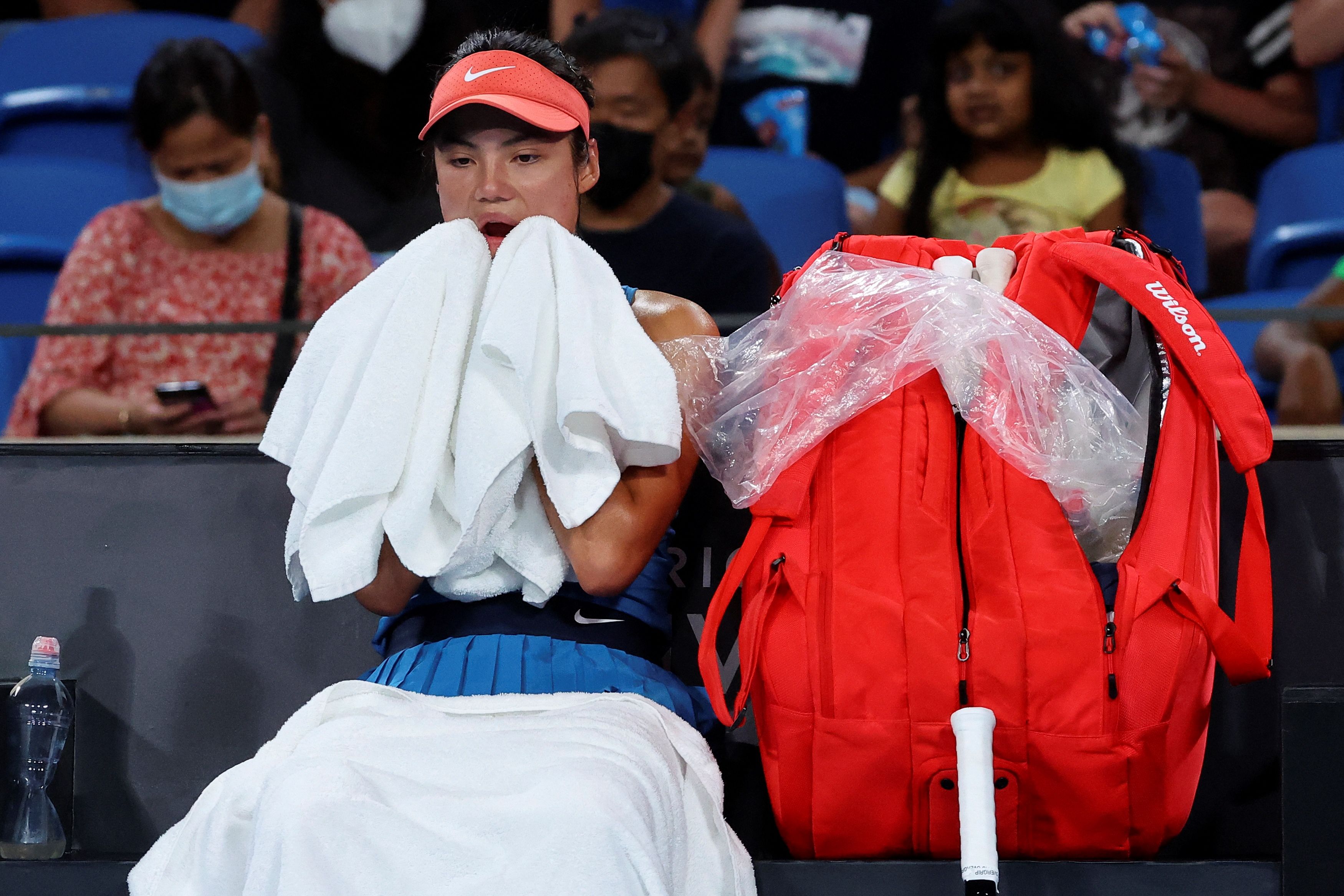 And it means the Brit's preparation for the first Grand Slam of 2022 has taken another significant dent.

Raducanu, 19, had to skip the exhibition event in Abu Dhabi before Christmas after contracting coronavirus and withdrew from her tournament last week to focus on fitness and practice.

She was due to face world No8 Iga Swiatek in her opening match in Sydney but the Polish star pulled out and was replaced by Rybakina.

And the hard-hitting world No13 Kazakh was in imperious form, carrying on where she left off reaching the Adelaide final last week.

But she was helped by Raducanu's uncharacteristic poor performance, which could suggest she is still not 100 per cent fit and is certainly lacking match sharpness.

Three of the rusty Bromley hero's six double faults in the match came in her opening service game to gift Rybakina the break.

And the 22-year-old wrapped up the opening set within 25 minutes without dropping a game.

It was the first time Raducanu had suffered a 'bagel' on tour.

Raducanu, who had new coach Torben Beltz in her corner for the first time, offered up set point with a double fault and another handed over the first break of the second set.

The teenager was competing in just her eighth career tournament and had faced a top-20 opponent only twice before.

She finally got herself on the scoreboard at 6-0 3-1 as the Australian crowd tried their best to get her going.

But the smile and fist pump was as good as it got for the world No18.

She then lost the next three games and Rybakina completed the rout inside the hour.

The stats made grim reading for Raducanu who managed no aces, no break points, won just 17 out of 43 points on serve and 13 per cent of points on her second serve.

Raducanu goes into the Australian Open, which starts on Monday, seeded 17th off the back of her fairytale run in New York but having not won a competitive tennis match since October. 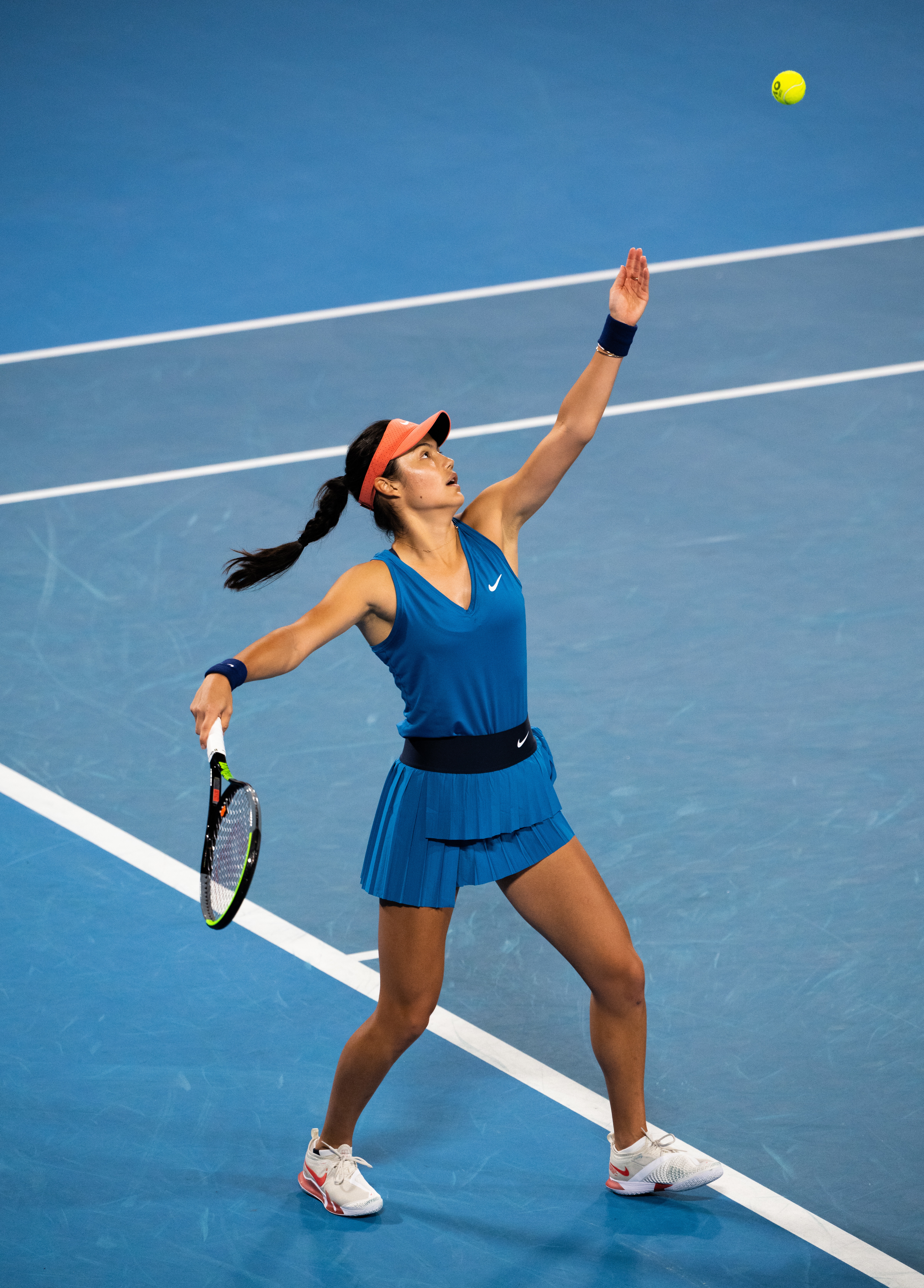 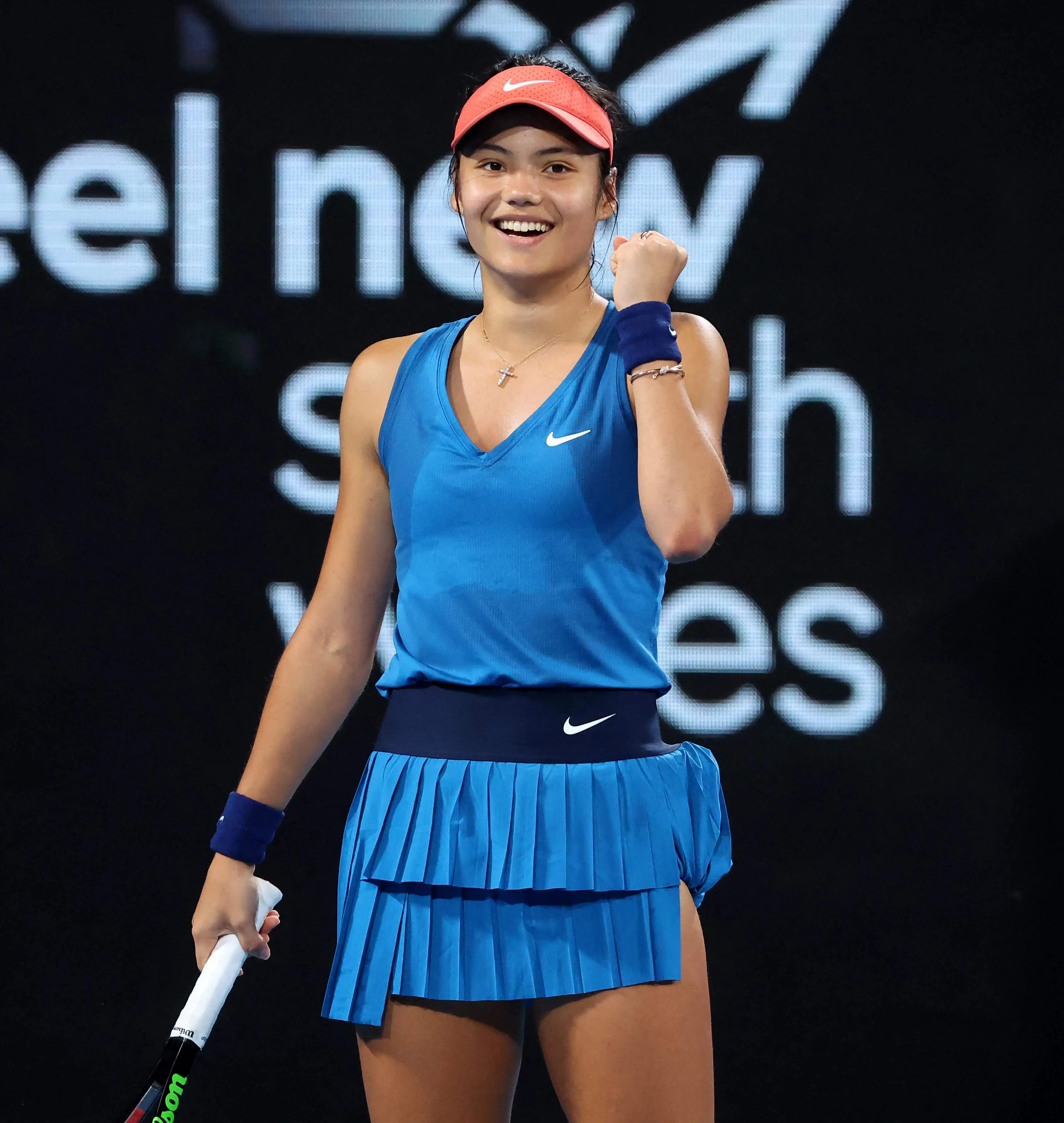 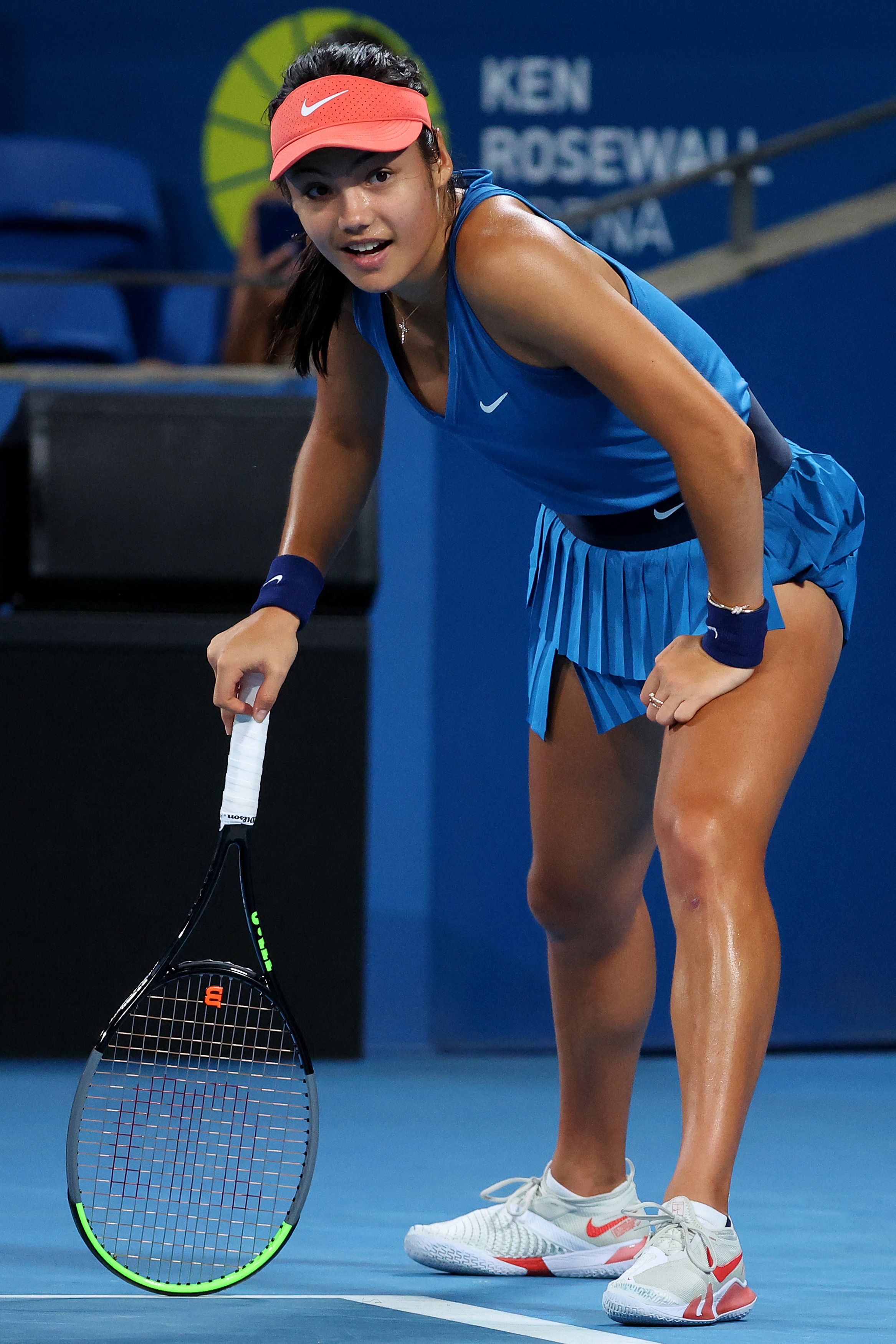 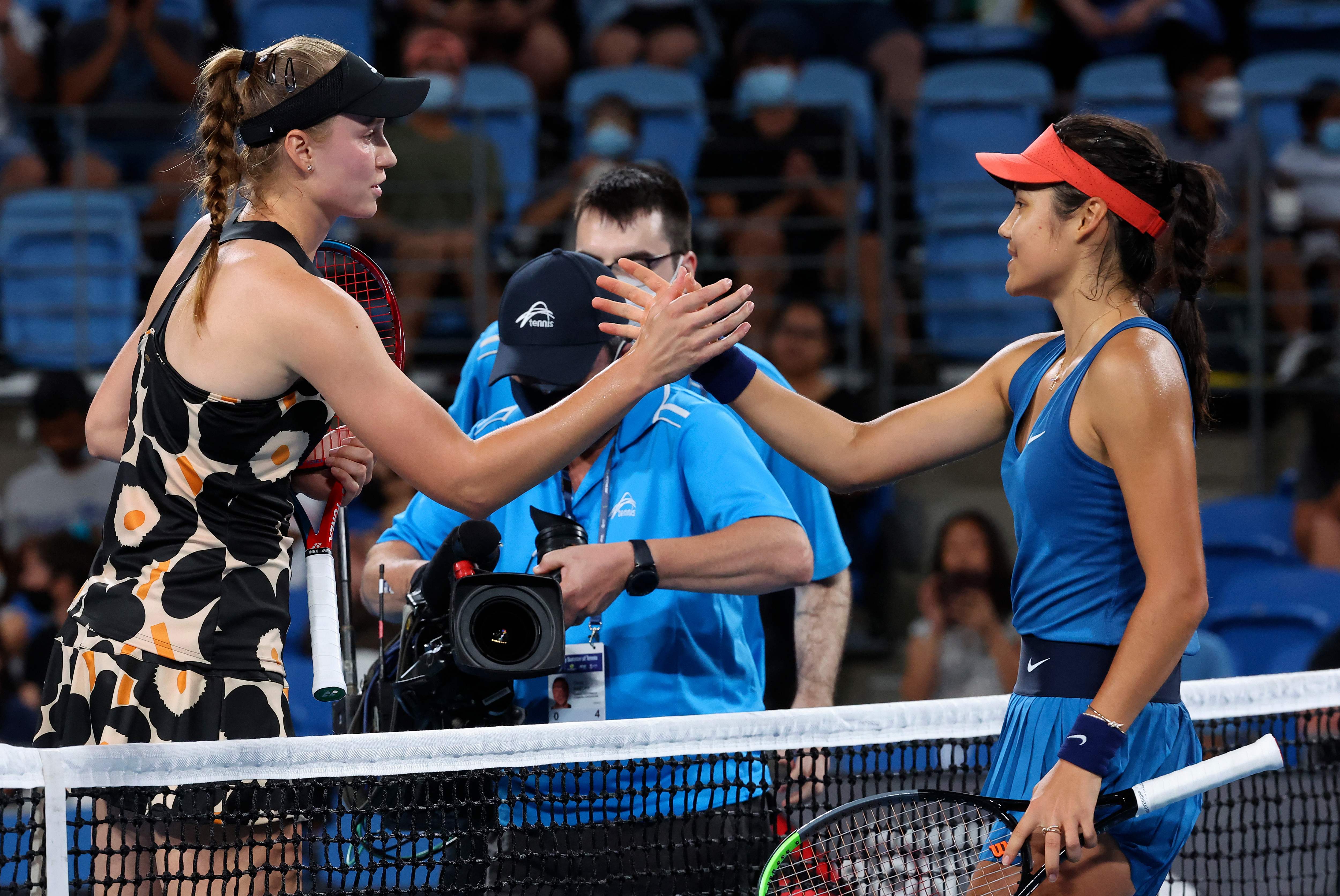 Is this moment Tommy Fury breaks his ribs? Tyson reveals medicine ball exercise may be why he can't fight Jake Paul