ENGLAND'S Lionesses have sold out Wembley in less than 24 hours for their clash with world champions the USA as the "incredible" aftermath of Euro 2022 glory gathers pace.

The FA website crashed several times and fans reported spending up to EIGHT hours online battling for tickets for the friendly on October 7. 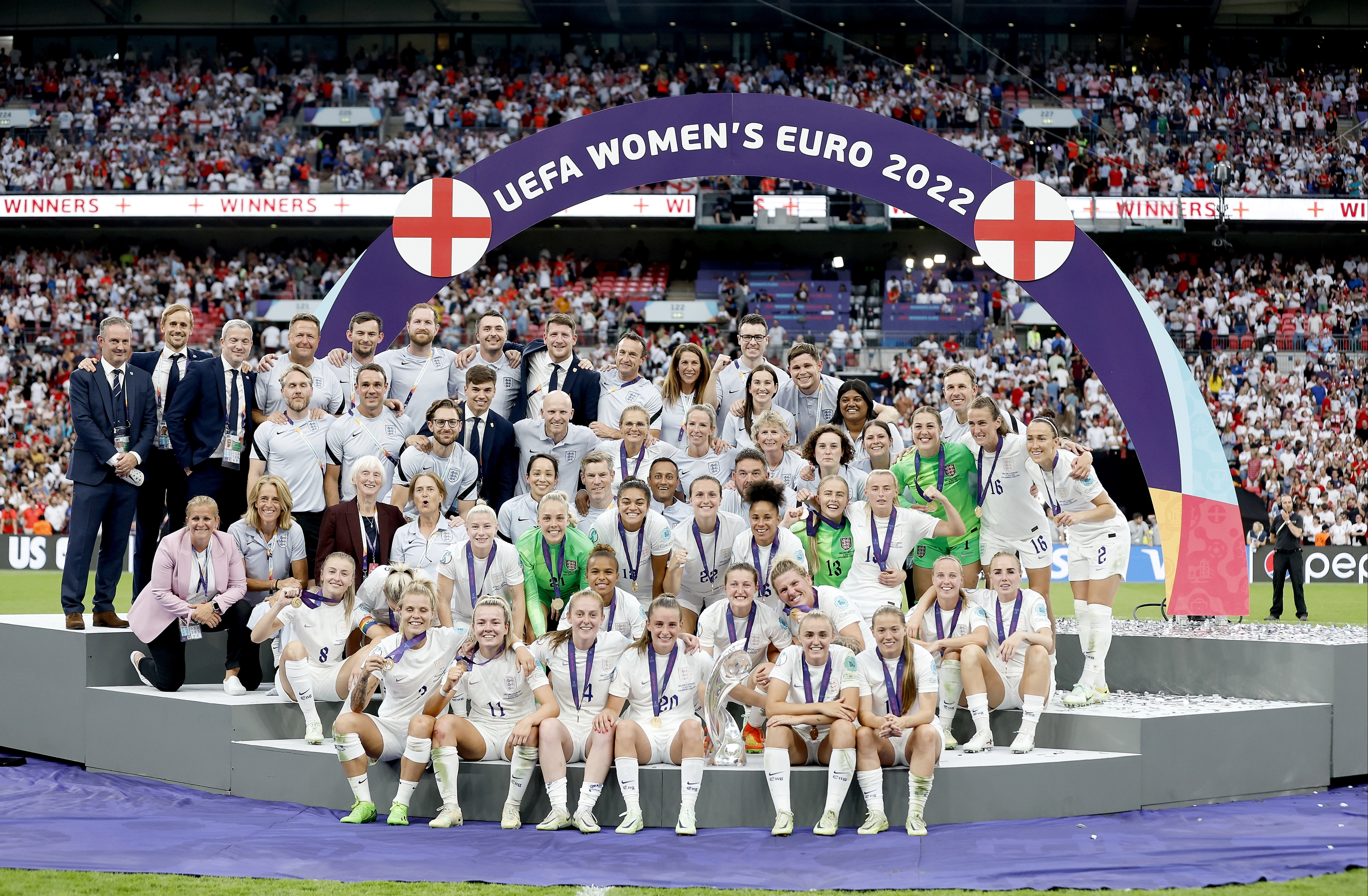 Sunday's 2-1 final victory over Germany was watched by 87,192 at Wembley, with a peak audience of 17.4million TV viewers.

And the glorious glow of success has sparked record interest in the Women's Super League, with Chelsea selling all their season tickets.

Excited fans are hungry to see Sarina Wiegman’s England heroines take on the US after landing their first major silverware.

The Lionesses announced every ticket had been sold by 2pm on Wednesday, except for hospitality spaces.

And the response of supporters confirmed Euro fever has mutated into friendly frenzy.

One fan said of the October game, "Excited AF to see it!" and another added: "Incredible! Can't wait!"

But some supporters mixed excitement with frustration over delays or failure in getting tickets.

One revealed: "Wow. It took 6 hrs queuing but got mine."

And another fan claimed the tiring process had been worth it.

He said: "Spent 7-hours 50 mins on website to then then have 5 failed ticket attempts at 2am… I’m so pleased for you. I’d Rather see the @Lionesses than a men’s match, cos you are simply better… Just I could do with some sleep time back…"

A similar message was: "3 hours it took to get a ticket! But I’ve seen horror shows of people waiting 8 hours!! So glad I was able to grab 2. Looking forward to it!!"

The match with the US will go ahead if England complete what should be the formality of qualifying for the World Cup.

They need just a point to go through as they visit Austria on September 3 and host Luxembourg at Stoke City’s Bet365 Stadium three days later.

‘I’ve had my concerns’: Arthurson has great expectations for Manly after Hasler call