GUDNI BERGSSON was stabbed twice while saving a colleague’s life during a vicious knife attack.

Clearly, he is not a man who scares easily — and the thought of once again tackling England hardly fazes the ex-Tottenham and Bolton defender. 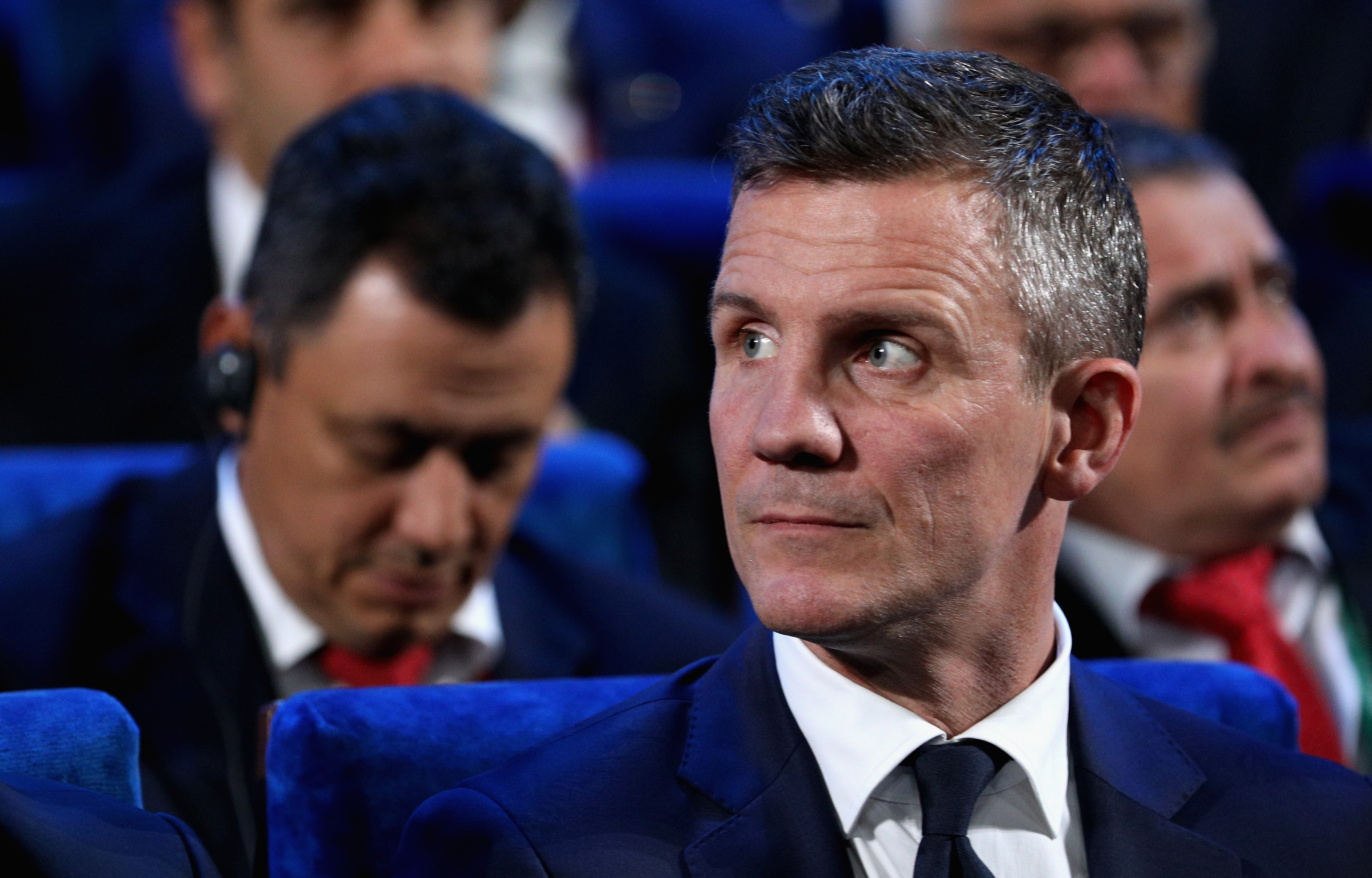 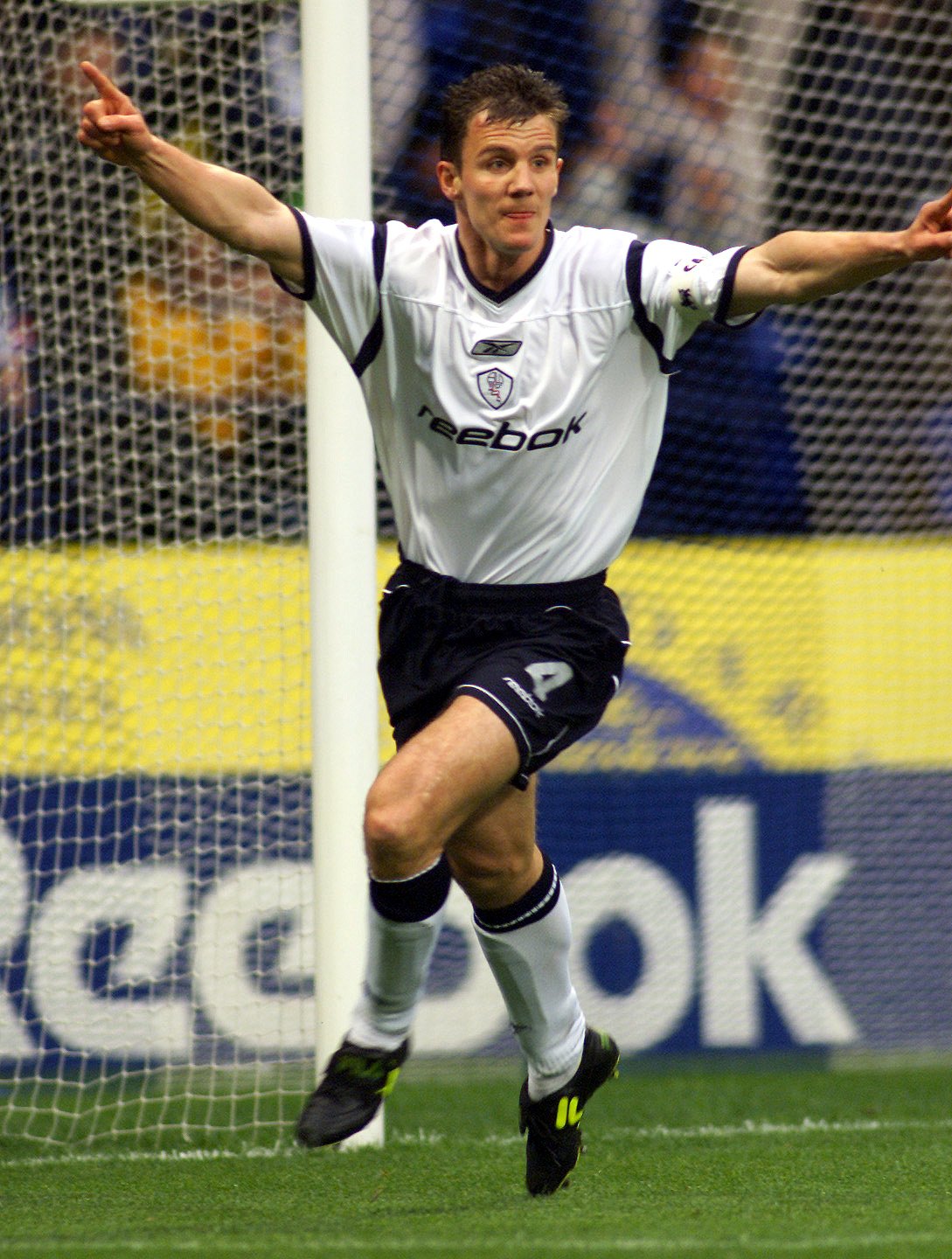 Bergsson, a qualified lawyer, is now president of the Icelandic FA and tasked with trying to keep a nation of just 364,000 people punching above its weight in world football.

Whatever the outcome of tomorrow’s Nations League match in Reykjavik, nothing will come close to Euro 2016 — when they humiliated England by winning 2-1 in the last 16 in Nice.

Bergsson was lucky to be healthy enough to savour the shock victory after a man turned up at his law firm offices with a hunting knife in a dispute over debt in 2012. Bergsson’s 68-year-old colleague was stabbed six times in the neck, chest, kidneys and back, then taken to intensive care.

Heroic ex-Iceland skipper Bergsson was knifed twice in the leg but soon recovered in hospital.

He explained: “I was fortunate to be there and intervene to help stop the attack.

“My colleague was very seriously injured and was on the brink — so thank God it went well in the end.

“There were still terrible injuries inflicted but he is OK today and enjoying life. We keep in touch.”

The attacker was sentenced to 14 years and Bergsson continued his life as a lawyer, having studied for the profession while in England. 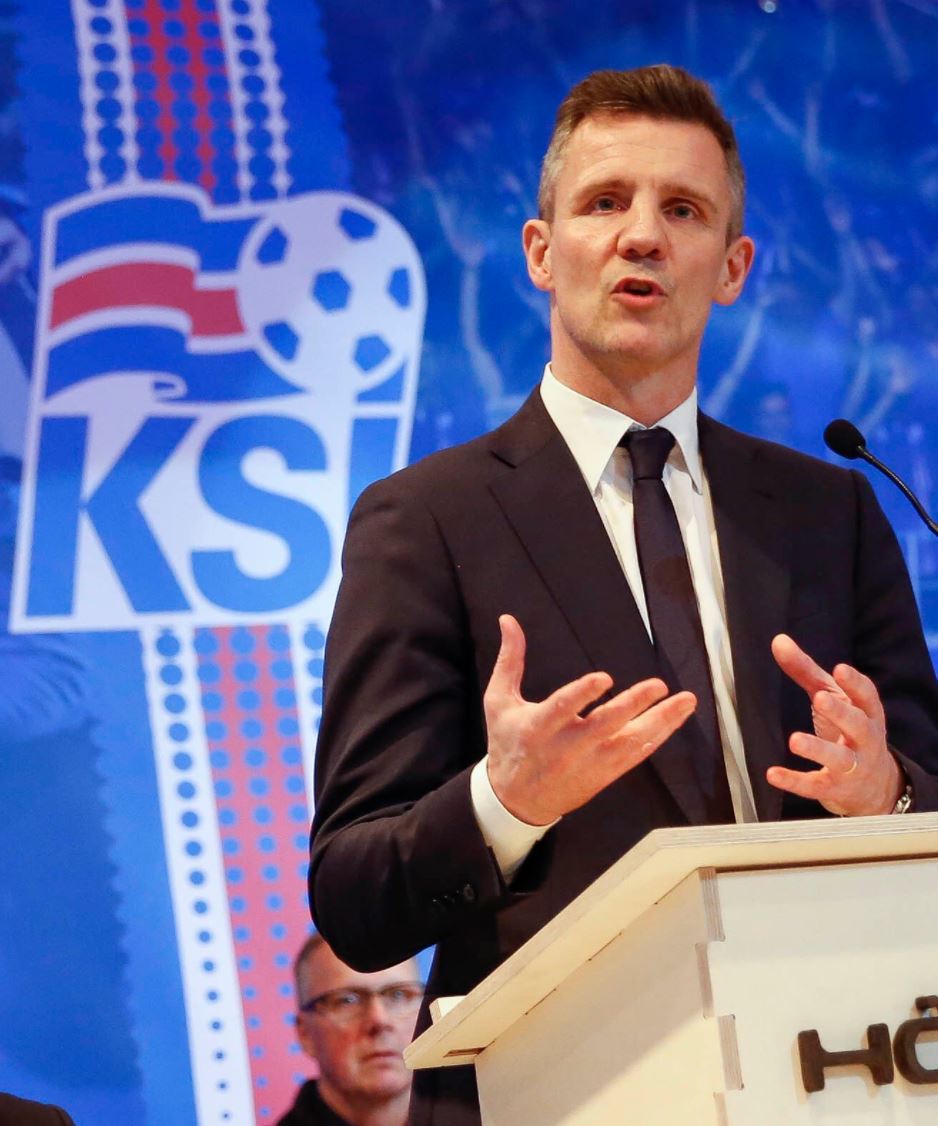 After the shocking crime, Bergsson said: “I saw it happening, so I rushed into the office and saw there was blood. I tried to get there as soon as I could to get the knife off him.

“He stabbed me twice in the left thigh — but I managed to get the knife and restrain him.

“At that point, I didn’t realise I had been stabbed.

“I am a little shaken but my main concern is my colleague and I am just hoping he will pull through.”

Bergsson, 55, spent six years at Spurs between 1988 and 1994 before eight seasons at Bolton — where he became a popular club captain before leaving in 2003.

It was in England where he completed his legal qualifications and started working in his new job after returning to Iceland.

Now Bergsson is relishing the prospect of England’s visit — albeit without fans.

He said: “I’m full-time president of Iceland’s FA. We’ve got about 17 staff here at the office. It’s not quite the English FA, which has got about 700 employees.

“I think the FA’s annual turnover is around £446million and ours is £9m.

“We’ve got the same number of national teams to run — ten sides — and so to balance that financially is difficult, because we are running the national league as well.

“It can be quite challenging when we are fighting and playing against teams like England and France.

“We are trying to make plans on how we can repeat our success at international level and then qualify for major tournaments.”

Iceland currently have a world ranking of 39 — 11 places higher than Scotland — and they are building towards next month’s Euro 2020 play-off semi-final against Romania.

As you would expect, it does not take long for the conversation to switch to June 27, 2016.

Bergsson said: “To play England, especially in those circumstances, was a dream come true for us because there is a big following for English football here. 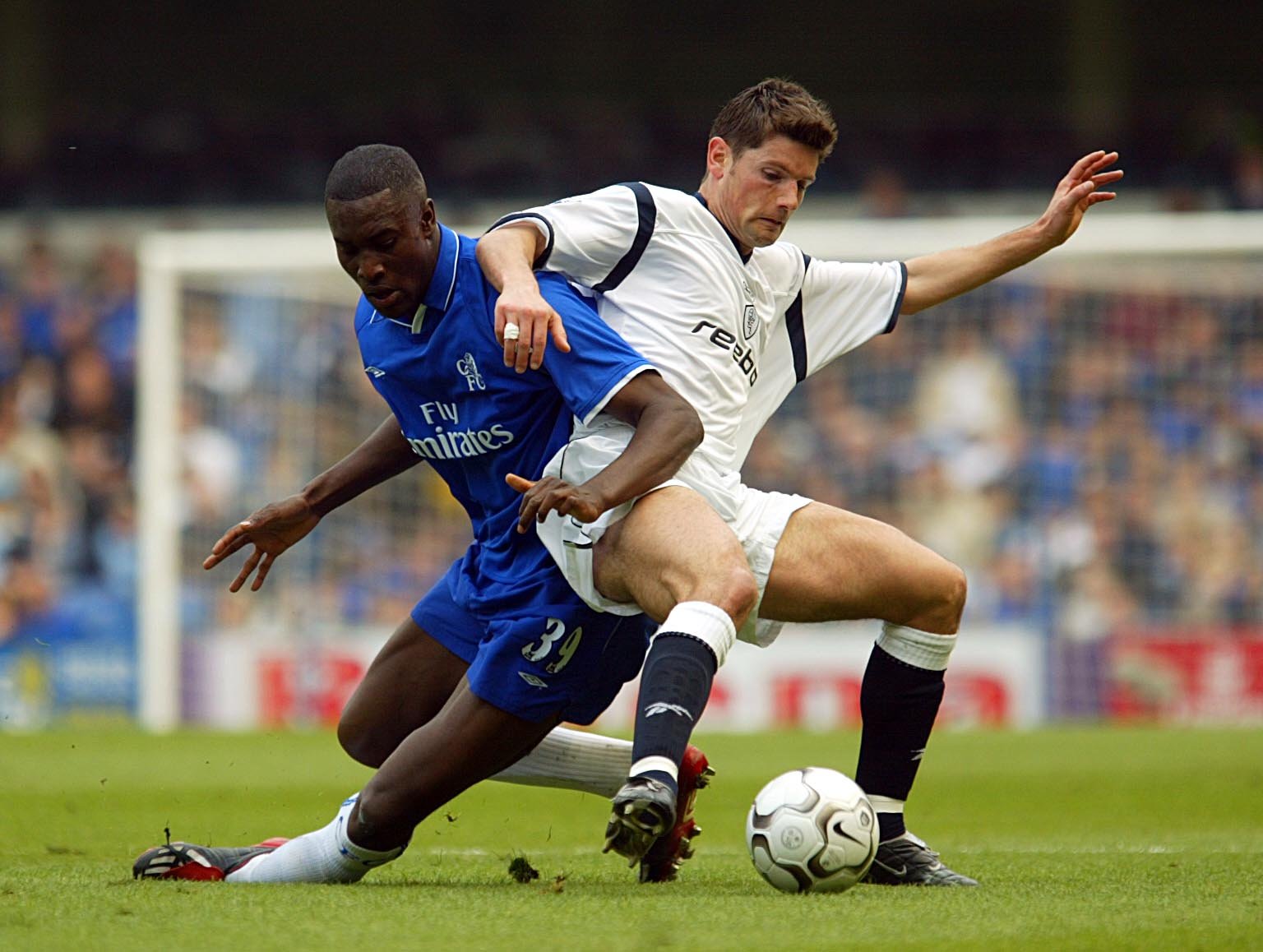 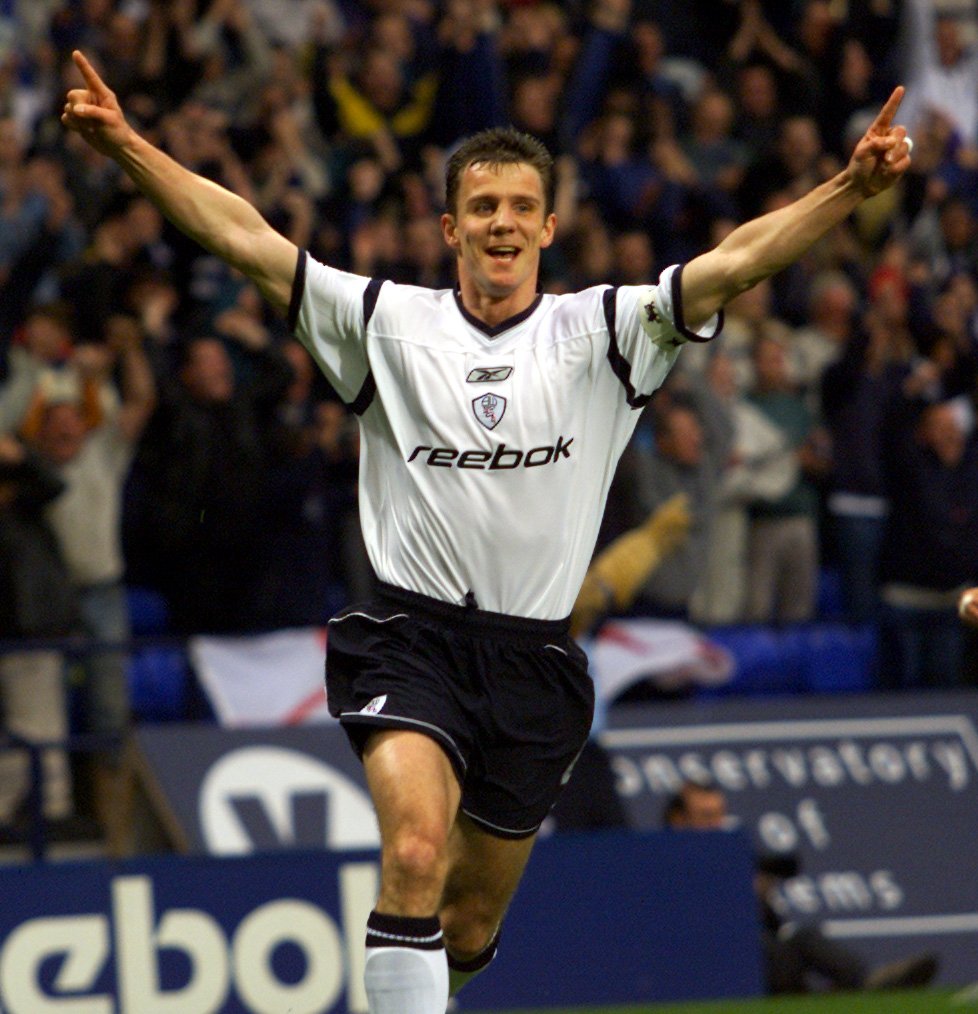 “Everyone has their teams and if you ask kids they sometimes mention the English club first, rather than the Icelandic club.

“To pull off this result surprised a lot of people and it was a great team performance. We really caught the imagination of the football world.

“I don’t know if it woke England up but they bounced back from that.

“For us, it was a fairytale story like Leicester in the Premier League.

“It is still great that you can see so-called lesser teams compete at the highest level.

“I know Gareth Southgate quite well. I had a trial at Crystal Palace and we played against each other through the years.

“It is great to see the progress of the team because England is my second home.

“After that shock against us in the Euros, he has created unity and spirit and then tried to create a strong side in England.

We trained at Mill Hill with cold showers. It was grim — but it was still English football

“I think there has been a lot of work on the psychology of the team.”

Bergsson has fond memories of his time at Bolton and Spurs.

He said: “Spurs have a wonderful stadium and are pushing to hopefully win cups and titles.

“I arrived in the late eighties and there were only 12 foreign players in the top division! We trained at Mill Hill with cold showers. It was grim — but it was still English football.

“It was an adventure and privilege to play alongside Gazza, Lineker, Waddle and Mabbutt.

“I had a great time but I don’t think I really enjoyed my best period there. I am more in touch with  people from Bolton, as I was captain.

“I was more experienced when I went there — I had eight great years and took part in the resurrection of the club. It has been really sad to see their demise and that they are in League Two now.”