ARSENAL have taken the lead against Liverpool with their first attack of the game at the Emirates.

The Gunners broke the deadlock after just 58 seconds with Gabriel Martinelli following a beautiful through ball by Martin Odegaard. 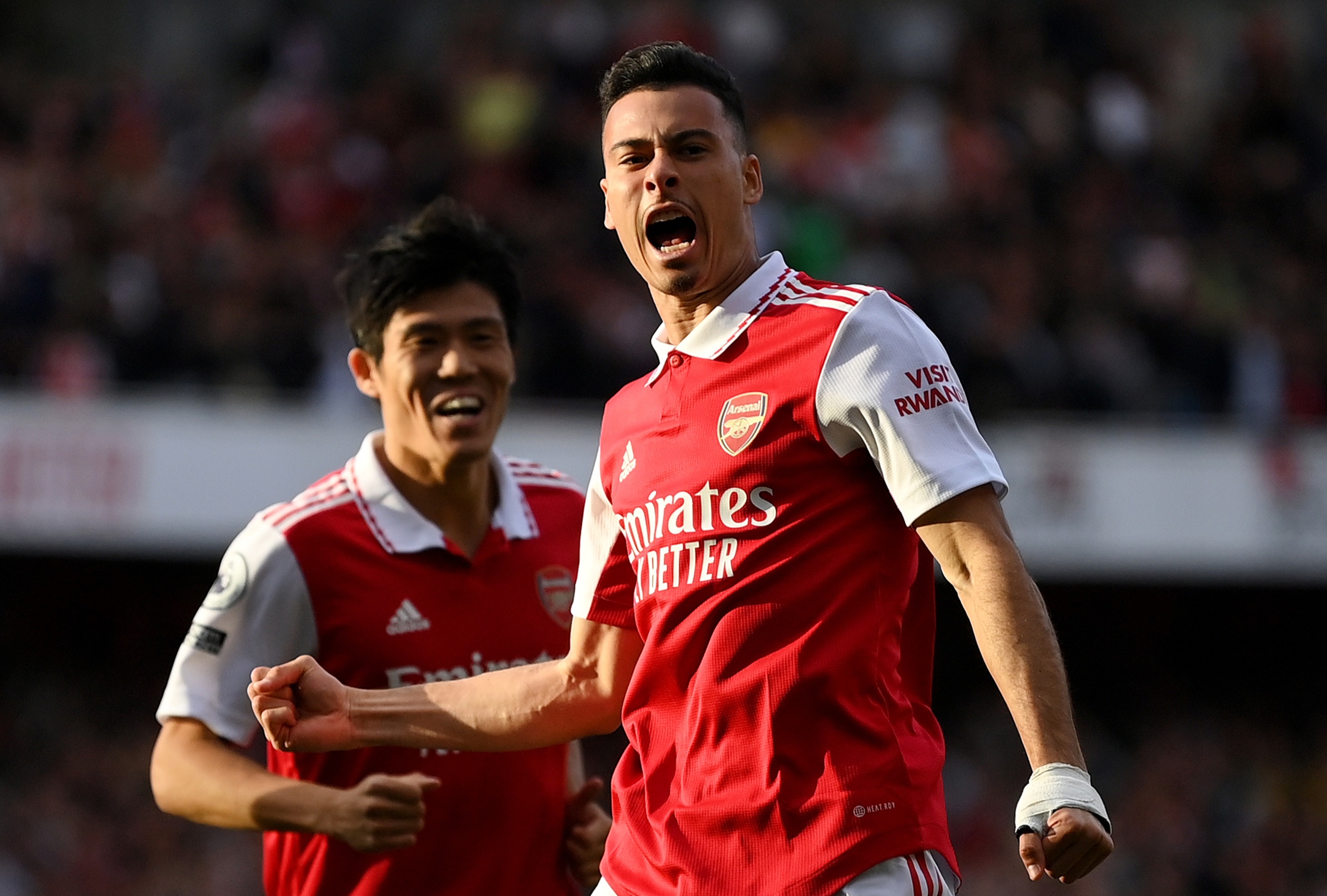 Martinelli ran behind Trent Alexander-Arnold, who lost his man, and that piled up the pressure on the Reds star on Twitter.

Many expected that the big game would come down to the battles between Alexander-Arnold and the Brazilian down the wing.

Sky Sports pundit Gary Neville already believes Martinelli has got the better of the England international as he said: "Martinelli 1, Alexander-Arnold 0."

Enrique tweeted: "Is [sic] many mistakes in the goal but Trent at the end…."

Another posted: "Alexander Arnold was having a shocker but he was just done by Martinelli there."

A third wrote: "Trent Alexander-Arnold's positioning was atrocious for the Martinelli goal. 3 Arsenal players could have got in behind him."'

This fan said: "Martinelli looks good only because Alexander-Arnold's there."

Andn that one tweeted: "It'll be interesting to see the contest between Alexander Arnold and Martinelli"

THIS IS A DEVELOPING STORY…
The Sun is your go to destination for the best football, boxing and MMA news, real-life stories, jaw-dropping pictures and must-see video.
Like us on Facebook at https://www.facebook.com/TheSunFootball and follow us from our main Twitter account at @TheSunFootball.