FIVE of the Premier League's Big Six have been named in Forbes' top 50 most valuable sports teams on the planet just weeks after their failed European Super League money-grabbing plot.

Arsenal, Chelsea, Liverpool, Manchester City, Manchester United and Tottenham were among 12 European giants to sign up for the controversial breakaway competition last month. 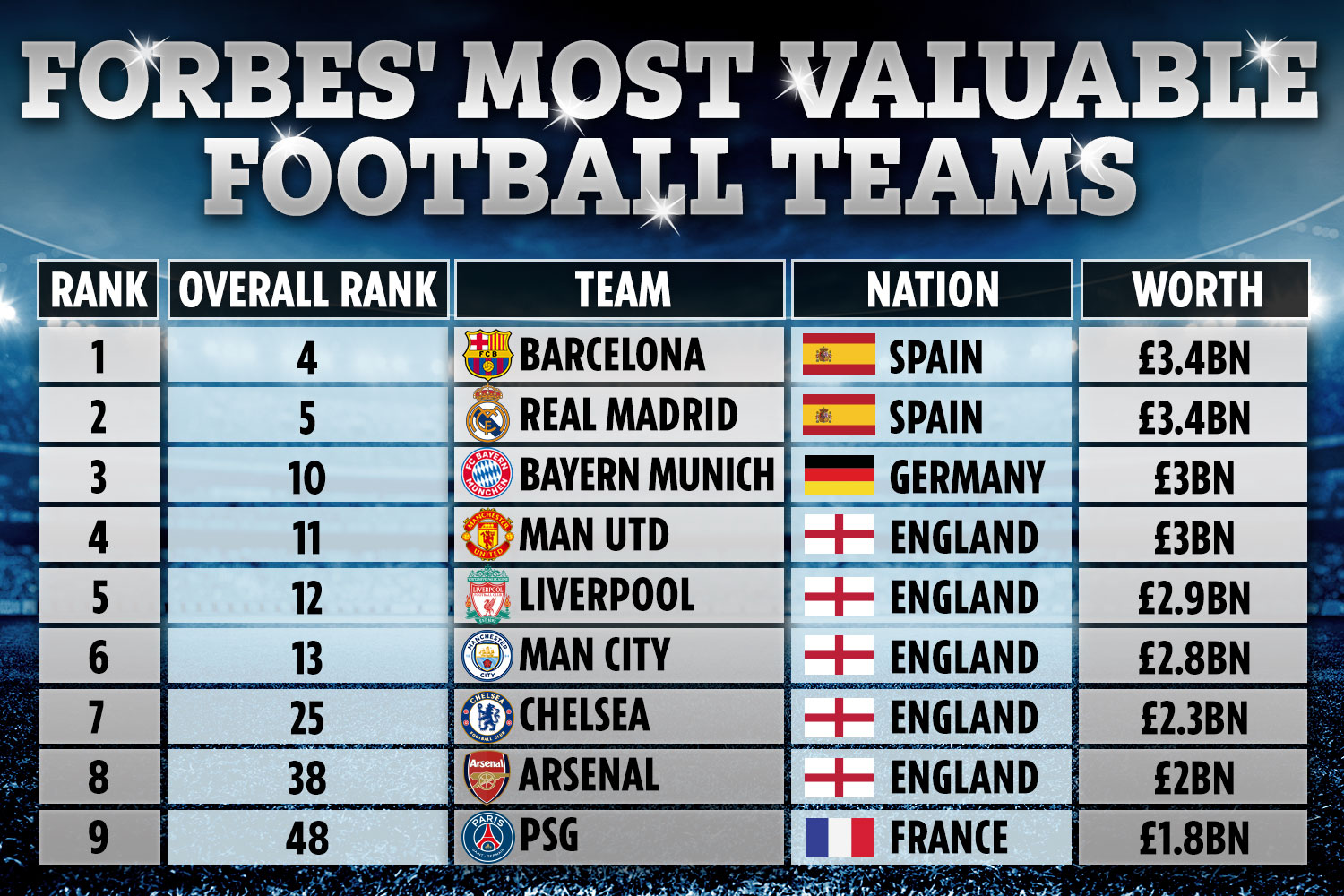 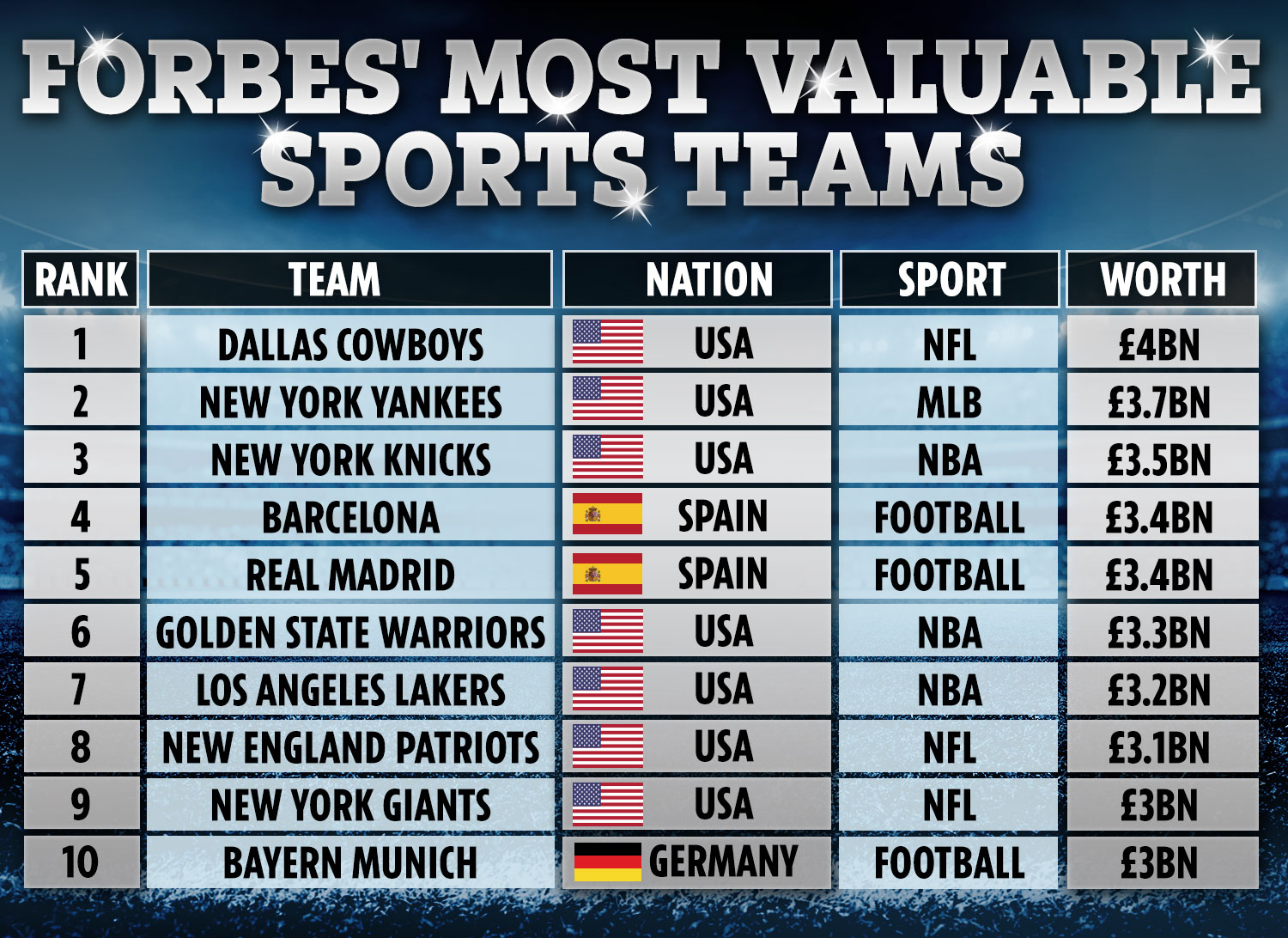 The Big Six were hit by an almighty backlash from fans, leading to protests outside the stadiums and, ultimately, the teams' withdrawal as the European Super League crumbled.

Many believed the main incentive for the Dirty Dozen was cash.

But it turns out they don't really need the extra billions of pounds.

Incredibly, FIVE of the greedy Premier League's Big Six are among Forbes' top 50 most valuable sports teams on the planet – worth a combined £13BILLION.

And Barcelona and Real Madrid – who STILL haven't officially pulled out of the ESL – are right near the top, too.

The LaLiga duo sit fourth and fifth in the 50-strong sporting list, worth £3.4bn apiece.

The only other football club to sneak into the top ten are fan-friendly German giants Bayern Munich, valued at £3bn.

The Bundesliga champions refused to take part in the doomed ESL project.

Chelsea are the seventh-most-valuable football club – 25th of all sports teams – valued at £2.3bn.

Arsenal – the subject of a potential takeover by Spotify CEO and lifelong Gooner Daniel Ek – are worth just shy of £2bn, 38th on the overall list.

The ninth and final football club on the list are Paris Saint-Germain – another to NOT sign up for the Super League.

Tottenham, Juventus, AC Milan, Inter Milan and Atletico Madrid – the remaining five members of the Dirty Dozen – do not make the top 50.