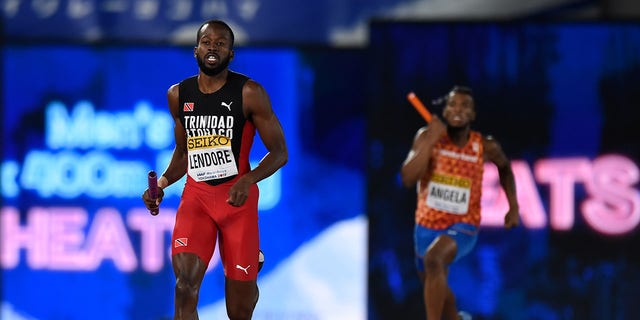 Deon Lendore of Trinidad and Tobago competes during round one of the Men’s 4x400m relay on day one of the IAAF World Relays at Nissan Stadium May 11, 2019, in Yokohama, Kanagawa, Japan.
(Matt Roberts/Getty Images) 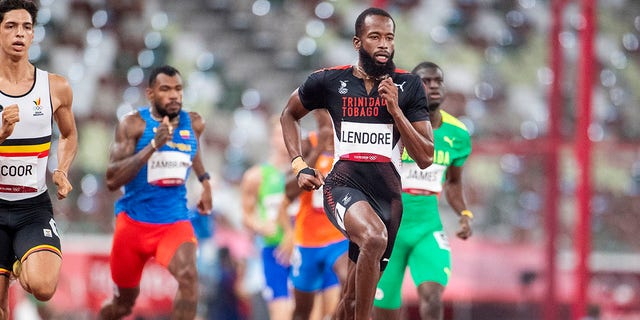 Deon Lendore of Trinidad and Tobago in action in the men’s 400-meter semifinal at the Olympic Stadium during the Tokyo 2020 Summer Olympic Games Aug. 2, 2021, in Tokyo.
(Tim Clayton/Corbis via Getty Images)

Lendore, a three-time Olympian from Trinidad and Tobago, was a part of the past three summer games. He came away with a bronze medal in 2012 when he was the anchor for the country’s 4×400-meter relay in London. Last summer, that same relay team finished eighth.

Lendore, who was a volunteer coach at his alma mater, Texas A&M, was a 12-time All-American in college. He captured five indoor and outdoor national titles with the Aggies.

“Words cannot adequately express our sadness at the devastating and untimely loss of 3x Olympian and Olympic and World Championship bronze medalist Deon Lendore who has been an inspiration and motivation to us all both on and off the track,” the Trinidad and Tobago Olympic Committee said in a Facebook post.

“Deon has flown the Trinidad and Tobago flag with pride, honor, patriotism and an indomitable will throughout his career while helping and inspiring many.”

Brandon Jacobs salty about being omitted from Giants all-time photo