A damning report by The New York Times details long-spanning accusations of “misogyny, bullying and harassment” within the culture of lingerie company and fashion show juggernaut Victoria’s Secret.

Several accusations of inappropriate conduct were made against Ed Razek, who recently stepped down as president and chief marketing officer of Victoria’s Secret parent company L Brands, including lewd comments and sexual harassment toward models, including supermodel Bella Hadid.

Founder and chief executive of L Brands Leslie Wexner was alerted of Razek’s behavior, the report details. But some women who came forward lost their Victoria’s Secret modeling jobs as a result.

USA TODAY has reached out to representatives for L Brands for comment. 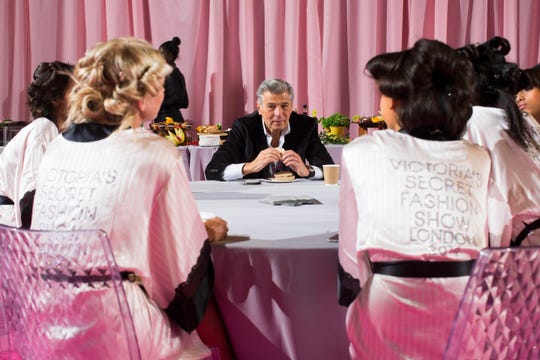 The report comes amid turmoil for the brand: The annual Victoria’s Secret Fashion Show was canceled in November after the company announced in May it was going to “re-think” the show.

In a statement sent to the associates at the time and obtained by USA TODAY, Wexner said the show would be going in a different direction.

“Fashion is a business of change. We must evolve and change to grow. With that in mind, we have decided to re-think the traditional Victoria’s Secret Fashion Show,” the statement read. “Going forward we don’t believe network television is the right fit.”

The show in recent years had been buffeted by bad publicity, bad reviews and bad numbers. The 2018 show’s audience of 3.27 million viewers was the smallest since it became a holiday season TV event in 2001, with Nielsen saying the show has lost more than half its television audience in two years.

The Times report also includes accusations that Razek made inappropriate comments to supermodel Bella Hadid at a 2018 fashion show fitting. Citing three people present and a fourth who was later told about it, the report said Razek sat on a couch, watching while Hadid was being fitted for underwear to make sure the look would be appropriate for television.

“Forget the panties,” he said, according to the report. He also made a lewd comment about Hadid having “perfect” breasts. USA TODAY has reached out to Hadid’s representative for comment.

Three people also told The Times that Razek touched another model’s crotch through her underwear at the same fitting. 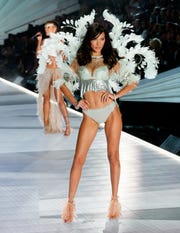 In November, Hadid opened up about lacking confidence while modeling lingerie for Victoria’s Secret, a relationship that dissolved after she joined Rihannah’s Savage X Fenty lingerie brand.

“Rihanna’s amazing. For me, that was the first time on a runway that I felt really sexy,” Hadid said. “When I first did Fenty, I was doing other lingerie shows and I never felt powerful on a runway, like, in underwear.”

The difference? “With Rihanna’s show, she was like, ‘Walk whatever way you want to walk,” Hadid said.