SIR JACKIE STEWART has denied suggestions there is a distinct lack of diversity in Formula One – despite Lewis Hamilton's protests.

Hamilton, 35, recently spoke out about the lack of diversity in the sport and vowed to help spark change. 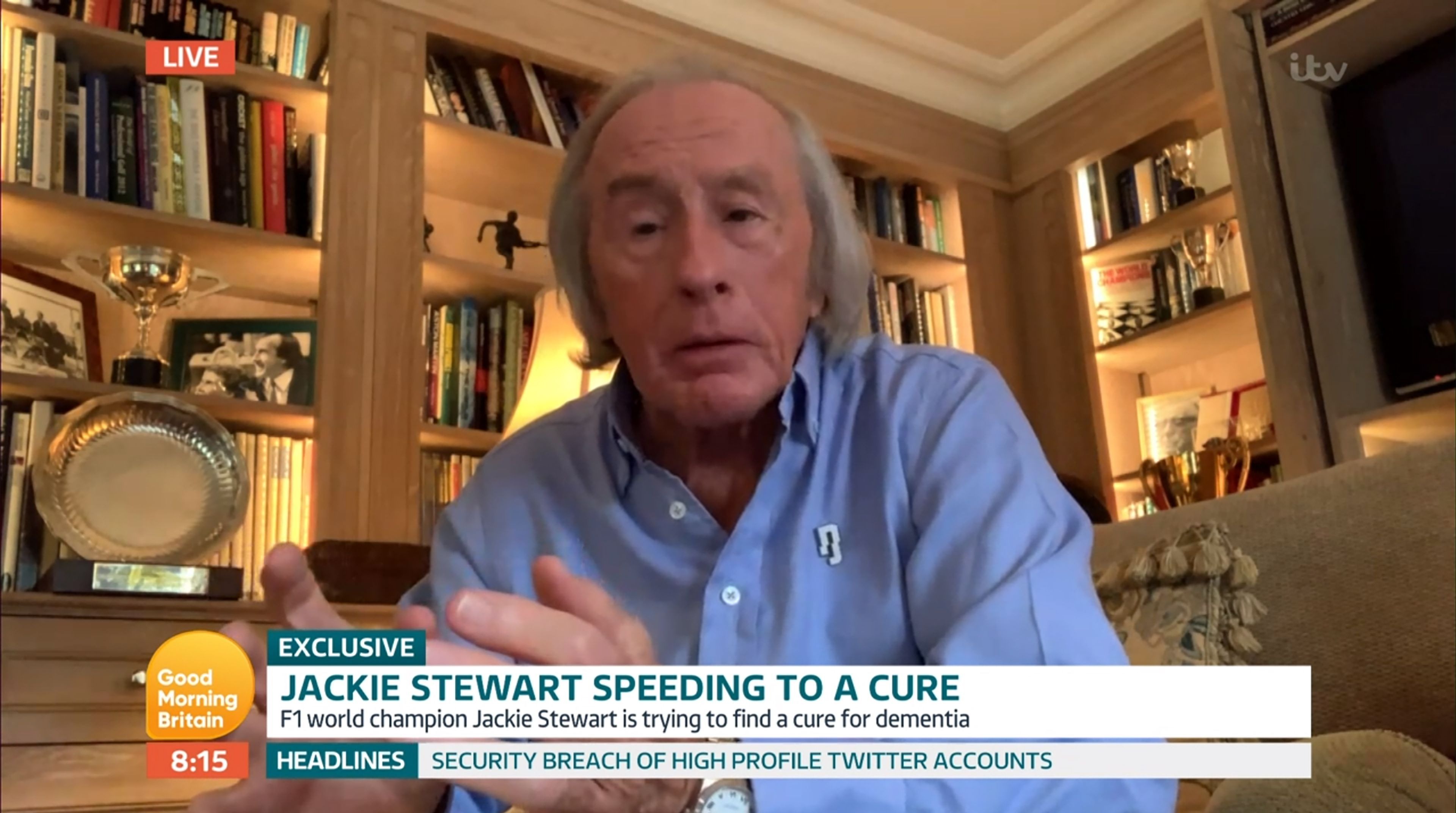 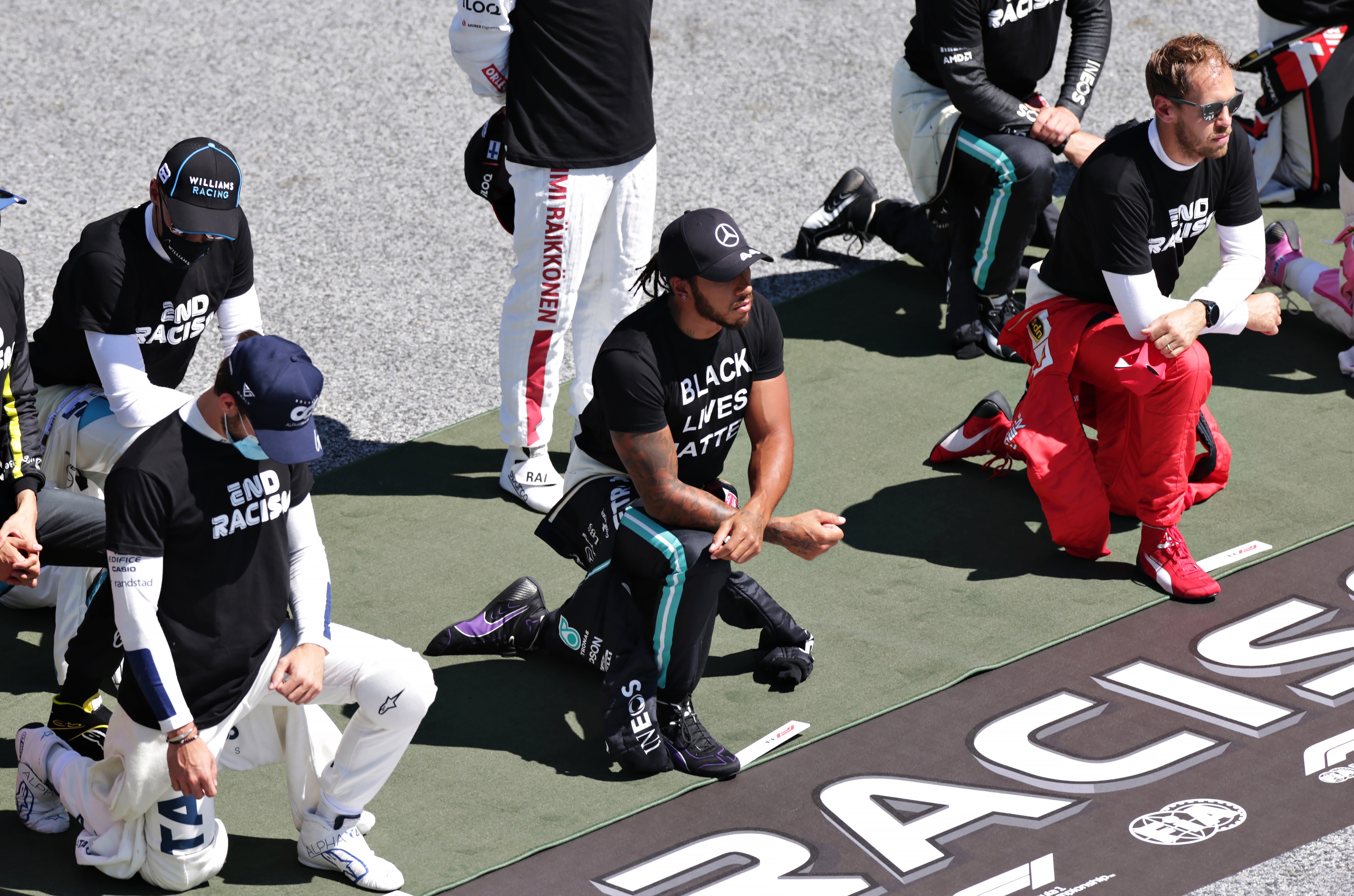 The British racer has taken a knee in support of the Black Lives Matter movement before both Grands Prix this year.

Hamilton has been joined by a handful of other drivers, with some opting to stay standing.

But Stewart reckons the diversity problem is "not as big" as is being made out – saying everyone is accepted in F1 if they're qualified.

Stewart told Good Morning Britain: "I think Lewis has been a great example to lots of people.

"He's quite vocal about these elements, [but] I don't think there's as big a problem as there might seem.

"There is no resistance for change if someone is clever and good at what they do.

"They will be accepted in Formula One.

"What we need to do is be sure whatever colour, man or women, they have to be educated in that particular area of engineering.

"And if we had different races wanting to get into Formula One they have to do it through education."

Last month, Mercedes star Hamilton spoke out about the lack of diversity in F1.

The six-time world champion said: "Despite my success in the sport, the institutional barriers that have kept F1 highly exclusive persist.

"It is not enough to point to me, or to a single new black hire, as a meaningful example of progress.

"Thousands of people are employed across this industry and that group needs to be more representative of society.

"For this reason, I have been working with the Royal Academy of Engineering to create The Hamilton Commission…

"[It is] a research partnership dedicated to exploring how motorsport can be used as a vehicle to engage more young people from black backgrounds with Science, Technology, Engineering and Mathematics (STEM) subjects…

"[We can then], ultimately, employ them on our teams or in other engineering sectors."

And after the Styrian GP at the weekend, Hamilton continued: "Formula One, yes they have taken a step forward.

"But ultimately there is more they can do. And the governing body, who dictate what these teams do.

"I asked on a Zoom video call, 'look, F1 has come forward in supporting end racism and it is amazing to see Mercedes doing the same thing.

"But no other team has said a single thing. Whilst we have seen the Red Bull mechanics take a knee, which I think is great, but publicly, as businesses and teams…

"If you look at Ferrari, who have thousands of people working with them, I have heard no word from Ferrari saying they hold themselves accountable and this is what they are going to do for their future.

"We need the teams to do that. And F1 and the FIA to be the leaders in those scenarios and say 'hey guys, everyone needs to pull together and fight for this so we can improve'.

"A lot of people don't know what the problem is. Some people deny there is a problem and that's why I put this commission together.

"Everyone has their opinion but I want to get to the bottom of it and so when we are putting money in to it, we know the cause and that is the root goal."

Since Hamilton's comments, Mercedes have turned their cars and racers' bodysuits black instead of silver.

And F1 as a whole has expanded its "We Race As One" initiative, pledging to spend £800,000 on unearthing talent from BAME backgrounds.

Force India have also kickstarted a scheme to find engineers of BAME backgrounds for the future, by teaming up with RoKit.