Home » Sport » Gary Anderson: Darts without fans at World Matchplay would be ‘weird’ 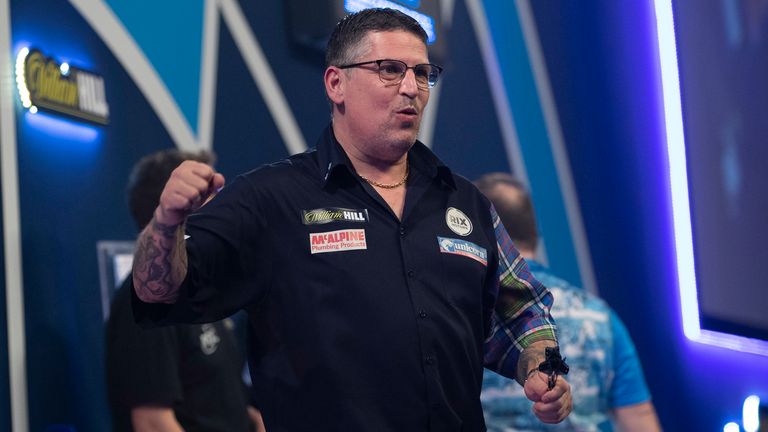 As sport adjusts to the ‘new normal’, darts is bracing itself for a return to action.

An announcement is expected soon on the World Matchplay – the second biggest event on the PDC calendar which remains scheduled for July.

It has been speculated that the players will take to the oche without thousands of fans screaming behind them. Behind-closed-doors darts would be a departure from what the players are used to for a tournament of such magnitude.

“Darts needs it – it’s all part of the parcel. You go up on stage, the crowd is there enjoying themselves,” said 2018 Matchplay champ Gary Anderson.

“Even on the Pro Tours, you get a bit of noise in the background. But it will be strange if they do put the darts back and it would be behind closed doors. It would be weird.”

And apart from playing at crowd-less venues, the PDC will also have several other logistical obstacles to clear in order to stage the event.

“They’ve got a hard job in front of them to work out what’s going to happen,” said the Flying Scotsman.

“I don’t know how they’re going to do it. I don’t have a clue what’s going to happen.

“There are loads of things to think about.

“If we do play behind closed doors, we’re only allowed to turn up ourselves. How do we get to the venue? Do we drive ourselves and drive back late at night? I don’t know. It’s all these little bits that need to be finalised and sorted out.

“I’m just going to leave it in their hands and see what happens. If we play, we play. If they move it later on in the year, then so be it. The way the year is going now, there’s going to be a heck of a lot of darts [in the second half of 2020].” If we play, we play. If they move it later on in the year, then so be it.

Gunning for glory on the Home Tour

However, the quest to regain the Phil Taylor Trophy is in the back of Anderson’s mind right now, as the two-time world champ bids to seal a spot in the final of the PDC Home Tour.

The 49-year-old has been one of the stories of the tournament thus far; initially pulling out due to wifi issues, before storming into the penultimate stage with six wins from six. 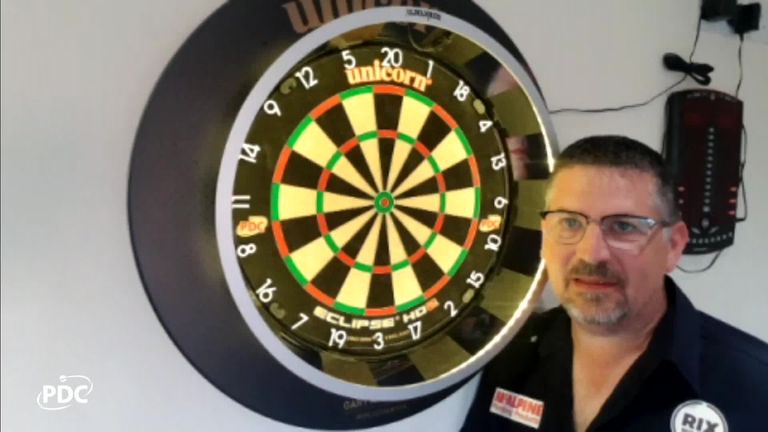 But while he is throwing some awesome darts (averaging 110 in his defeat of Luke Humphries), he is still not entirely comfortable with the concept.

“Playing at home over the internet… I’ve found it quite hard,” he conceded.

“It’s been weird, because when I do practice, I usually have a couple of the lads around playing me. So you’ve always got someone in front of you, talking away to you.

“But there’s none of that. You throw your darts, then you work out some routine to wait until it’s your throw.

“You find yourself listening for the thud of the dartboard, so you know it’s your throw. It’s been kind of weird, it’s been hard to get into. But I think I’ve sussed it out now.” Anderson he knows that he is only two steps away from adding another piece of history to his CV.

“It would be nice to win it, because it would be the first,” he smiled.

“It was like winning the Phil Taylor Trophy. My name was the first one on that. That was a nice one to win.

“Hopefully this will be the first, and the last one, and everything gets back to normal soon!”

2.25 Royal Ascot racecard and tips: Who should I bet on in the Norfolk Stakes?