GEORGE KAMBOSOS JR pulled off the upset of the year after outpointing Teofimo Lopez to become the new unified lightweight champion. 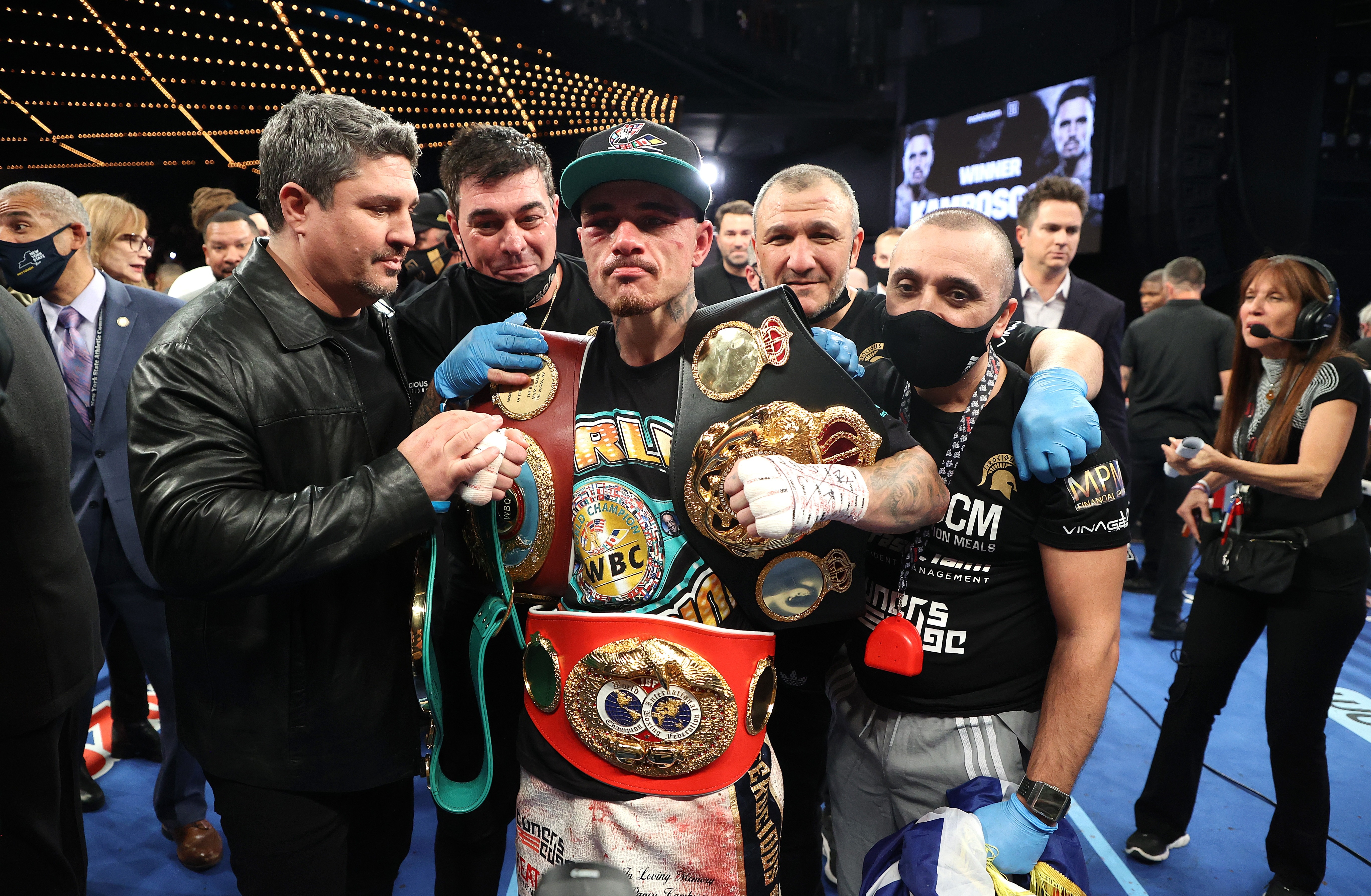 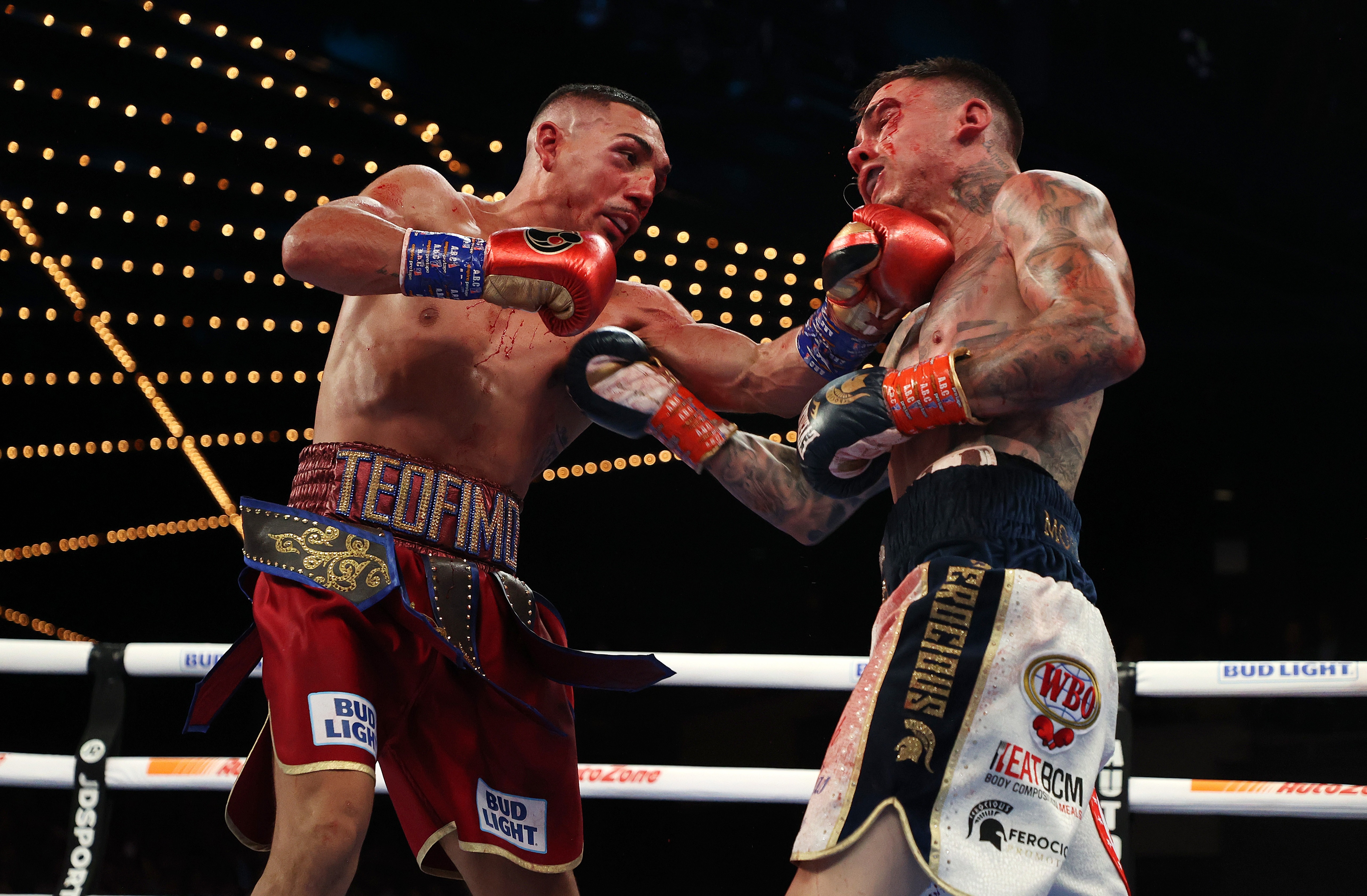 Lopez, 24, came into the bout in New York with a perfect record of 16-0 having beaten Ukrainian legend Vasyl Lomachenko in his last outing.

And he predicted he would blast out Kambosos Jr in the opening round in what was the first defence of his WBA, WBO, IBF and RIng titles.

But it was the American that was almost knocked out in round one after being floored by a counter right punch.

Kambosos Jr, who beat Welsh ace Lee Selby on points last year, continued to chip away at the Brooklyn native as used his jab to great effect.

Lopez continued to trade punches with his challenger, and an overhand right dropped Kambosos Jr in the tenth round.

However, Ferocious withstood the onslaught after getting back to his feet as he fired back, before cutting Lopez in the next round to resume control of the bout. 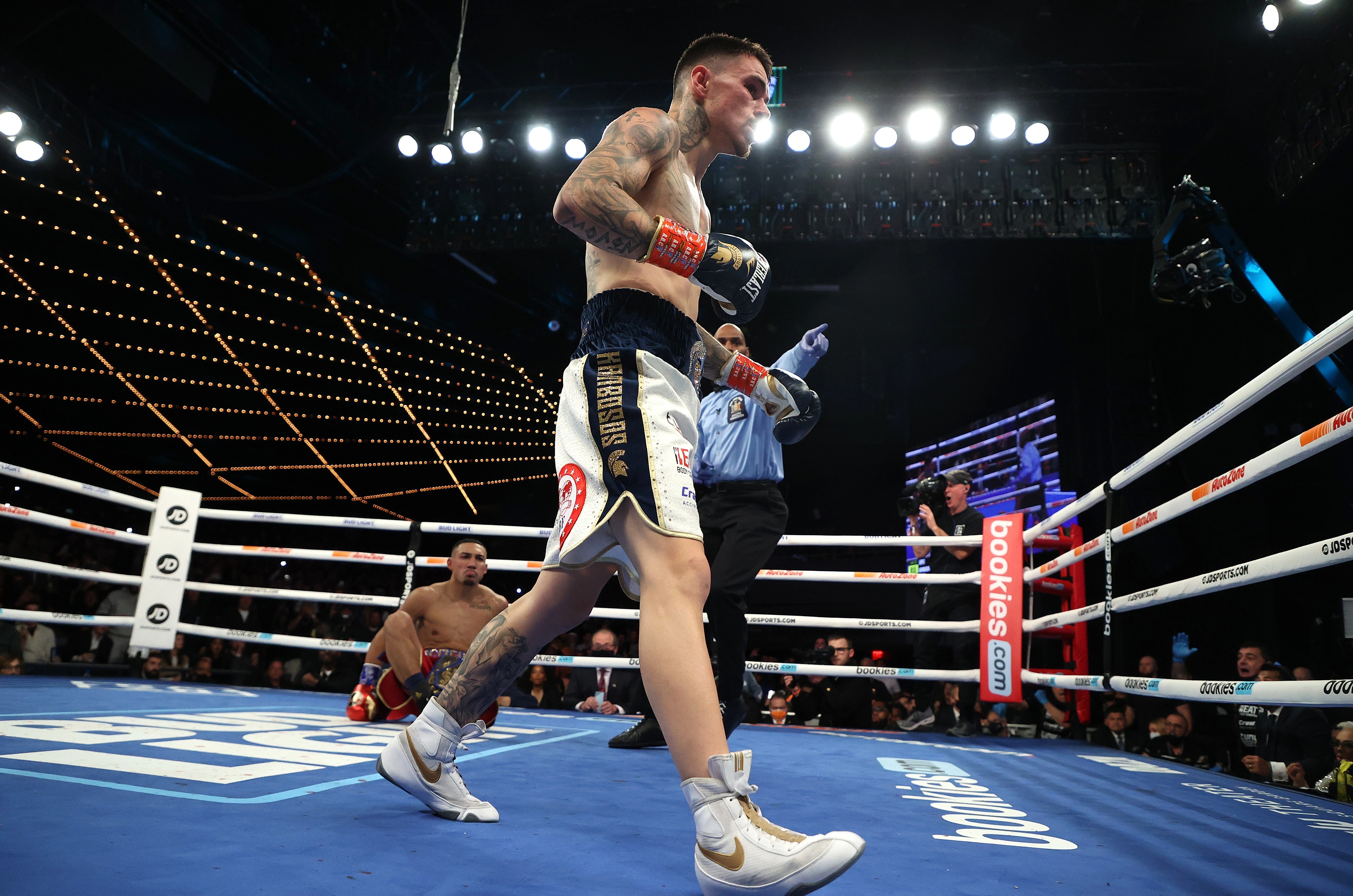 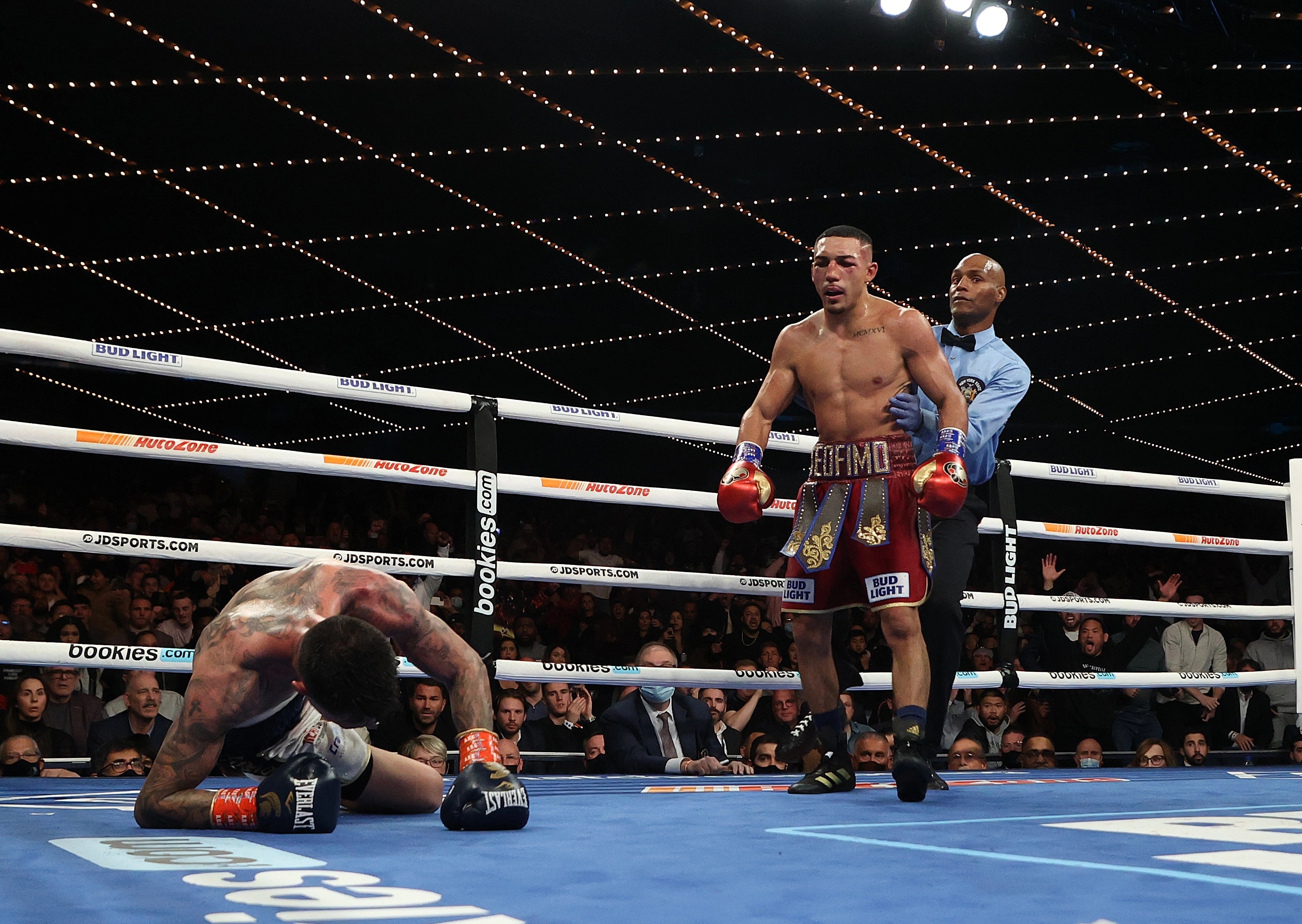 And he had his hand deservedly raised at the end of the 12-round war as he produced the performance of his career.

Speaking after his incredible victory, he remarked: "I believed in myself, I backed myself.

"I said it time after time: You might not believe it, but I believe in myself. And look at me now. I’ve got all the jewels.

"I’m not the king, I’m the emperor because I come to every other country and I take them out one by one.”

Lopez was left stunned by the result as he claimed he won the fight, which led to his own fans booing his comment.

He said: "He’s a hell of a fighter, but I won tonight, everybody knows that.

“The referee raised my hand. I won tonight, I don't care what anybody says. I want to thank everybody that came out tonight, look, I ain’t no sore loser, I take my wins like I take my losses.

“At the end of the day I’m a true champion, I did what I had to do, and I went out there and did my best. I don’t care what anybody says, I am as real as they come, and this is the takeover man, we don’t stop, we keep coming." 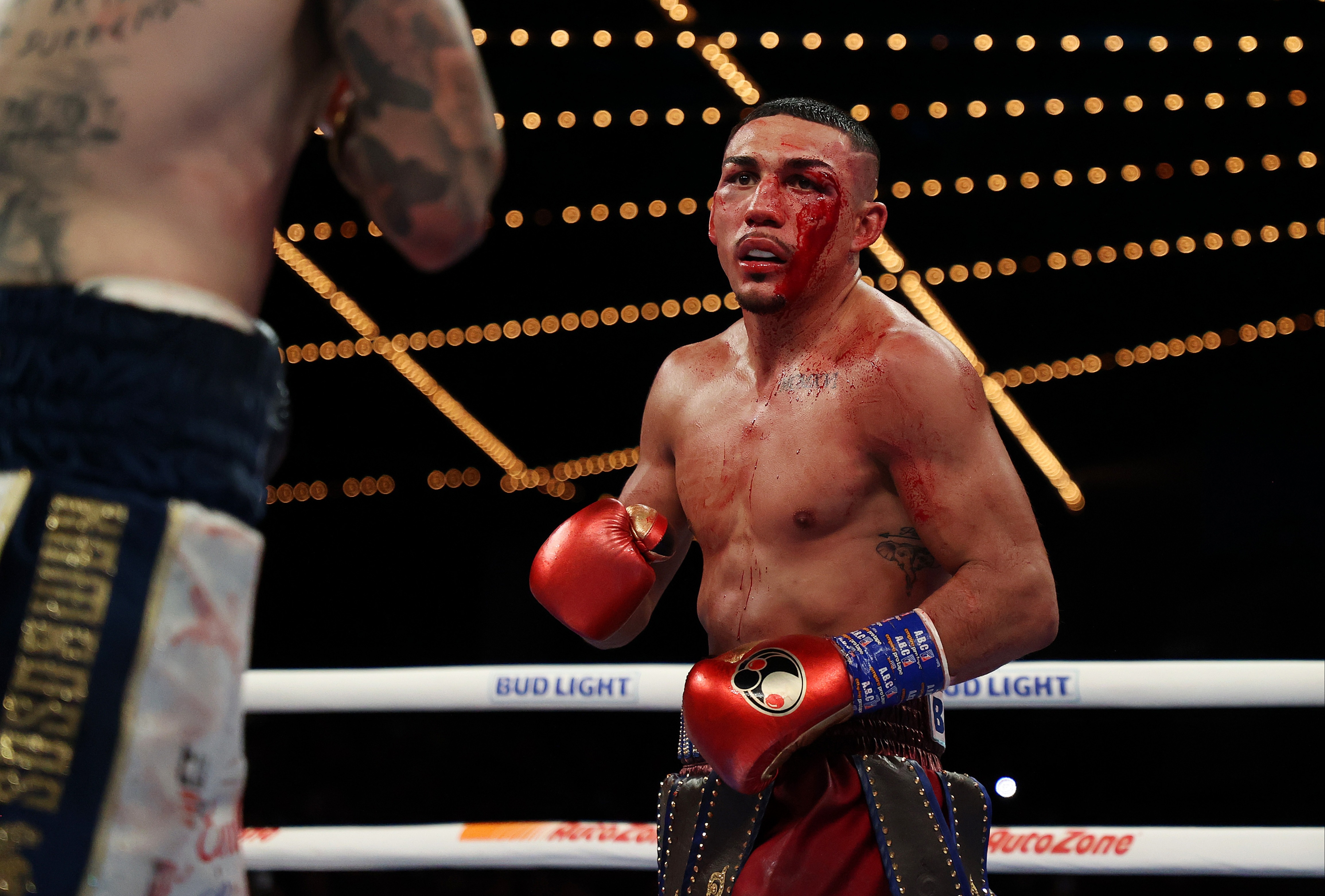 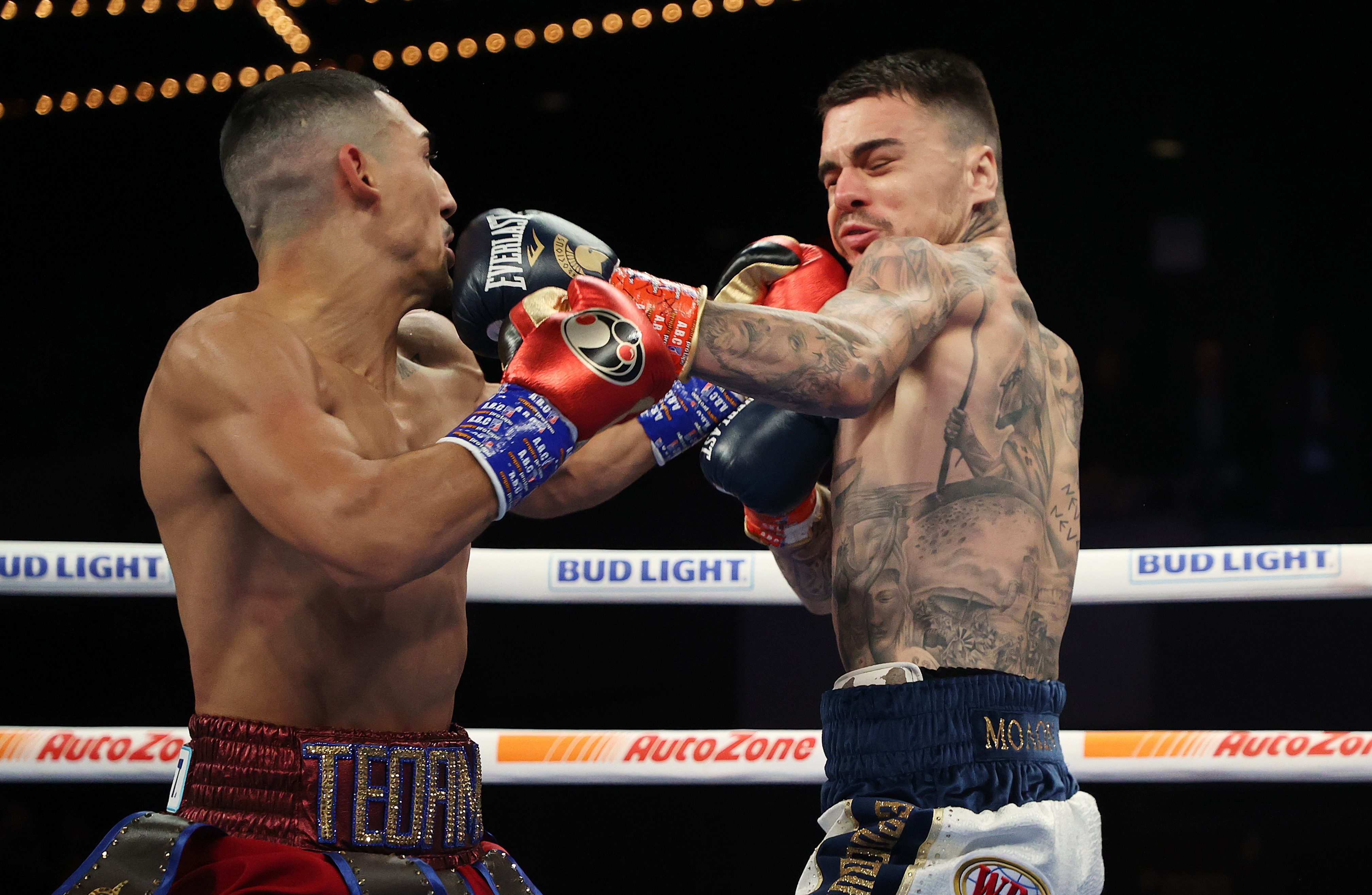 Conor McGregor is 'impossible to respect' due to wild antics outside of UFC Octagon, slams rival Khamzat Chimaev