GIANLUIGI BUFFON reportedly has offers from SIX European giants on the table.

And one of those is said to be from Lionel Messi’s Barcelona. 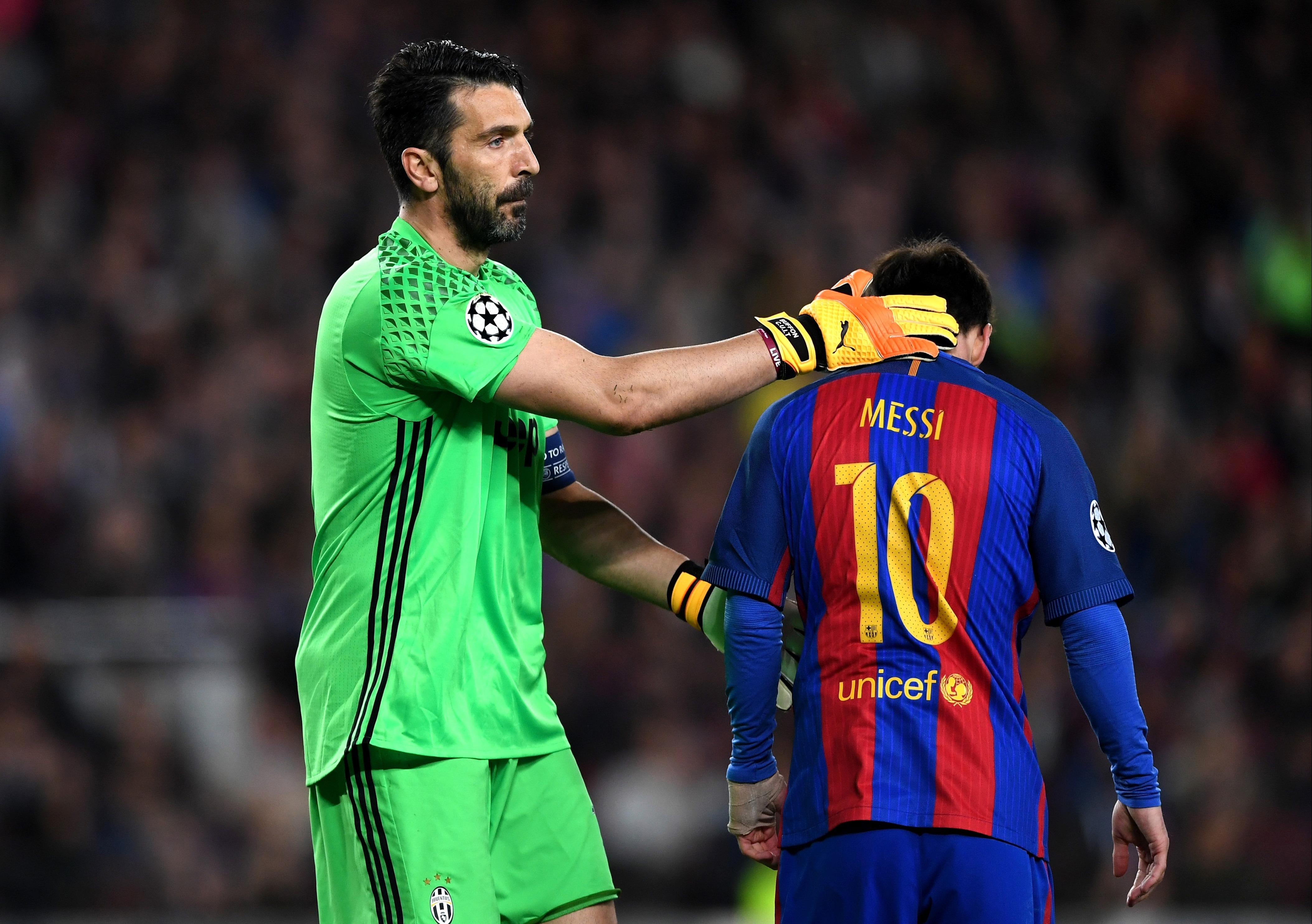 Buffon, 43, has announced he will leave Juventus this summer when his contract expires.

And the veteran goalie admits he is not sure whether to retire or continue playing.

Should Buffon decide not to hang up his gloves just yet, he is set to have plenty of options to choose from.

Tuttosport claims Barcelona lead a host of clubs battling it out for Buffon’s coveted signature, with no less than six offers already made.

A move to Barcelona would see Buffon link up with legendary forward Messi, having just spent time with his iconic rival Cristiano Ronaldo.

And it could be his final shot at glory with one of the continent’s ‘super-elite’ sides.

Buffon also has offers from other countries around Europe, with new Portuguese champions Sporting Lisbon keen.

Top four hopefuls Eintracht Frankfurt are ready to bring Buffon to the Bundesliga.

And Turkish giants Galatasaray are also keen to snap him up.

Greek side Olympiacos and Ukrainians Dynamo Kiev are the other teams said to have sent proposals to Buffon.

And it now remains to be seen where the stopper ends up – should he decide to keep on playing.

Buffon is widely regarded as one of the best goalkeepers to ever grace the game.

He has played 683 times for Juventus during two spells, with his first lasting 17 seasons.

Before he joined Juventus in 2001, Buffon build his reputation in 220 games for fellow Italians Parma.

And the 2018/19 campaign saw him play 25 times for French side Paris Saint-Germain before rejoining Juve.

As a result, Buffon has won numerous club trophies, including ten Serie A titles, one Ligue 1 title and five Italian Cups.

Buffon was also capped a staggering 176 times by Italy and played a key role in their triumph at the 2006 World Cup.

Billionaire Mayweather reveals he drives modest £22,000 truck every day because boxing legend wants to be ‘low key’ – The Sun