Great Britain are ruling the Olympic waves with a staggering seven sailing crews in medal positions at the midpoint of the regatta.

With high winds and Typhoon Nepartak no less hitting Tokyo, conditions have favoured Team GB and they seek to heavily extend their lead as the most successful nation in the sport at the Games.

Windsurfer Emma Wilson was the first to guarantee a medal – a precocious 22-year-old, daughter of two-time sailing Olympian Penny, who has quickly shed an unwanted tag.

Oh, and she’s ranked fourth in the world.

“It hasn’t sunk in yet, it’s just an amazing feeling,” said Wilson, who will go for gold in Saturday’s double points medal race, live on Eurosport and discovery+.

“I’ve watched the Olympics since I was a little kid and it’s always been a dream. Finally I haven’t come fourth, as well, which is so good, because I’m sick of it!”

Scott spoke of his unease over juggling Olympic and Cup campaigns and finished ninth at the 2021 World Championships. 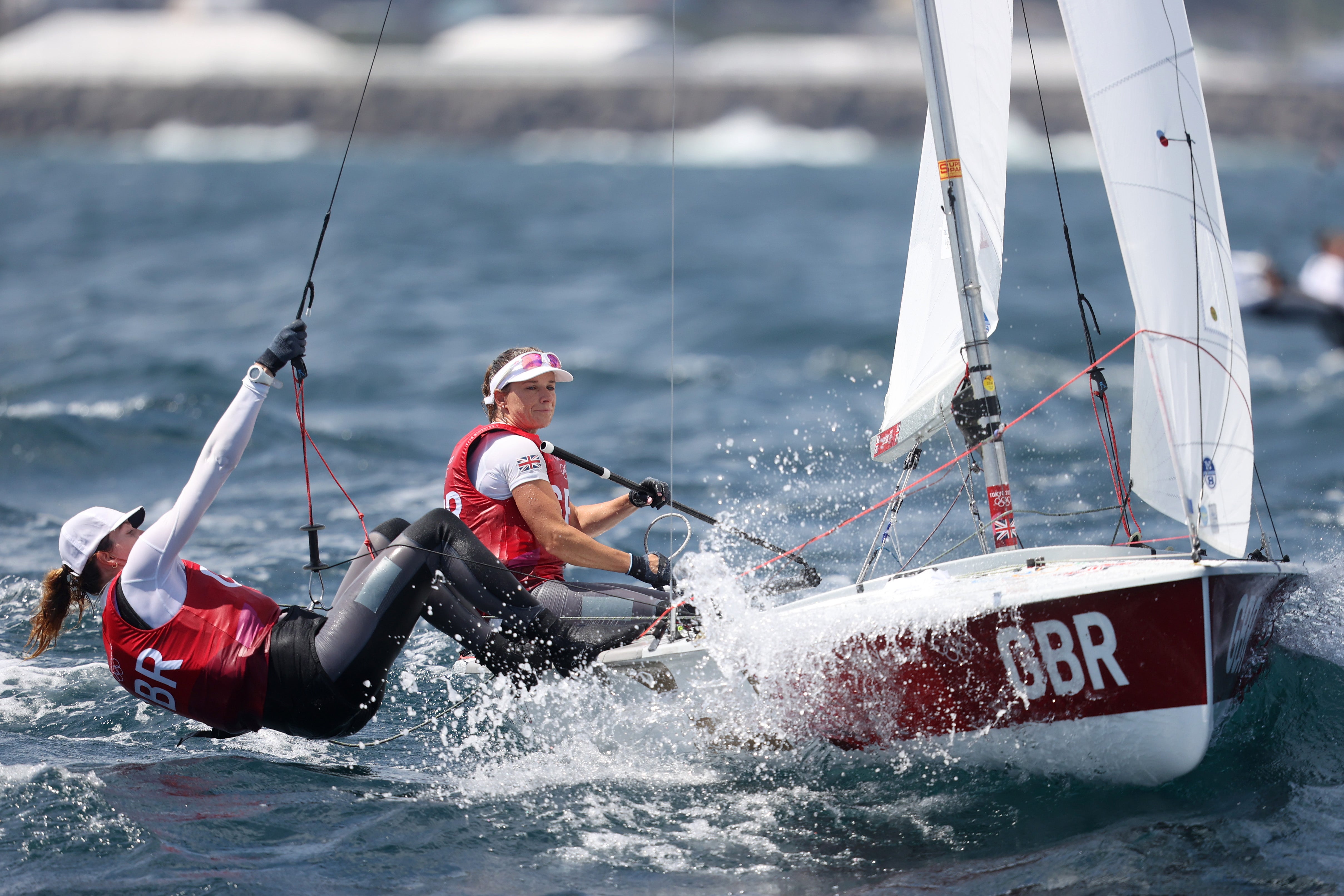 But the fear he commands in the heavyweight fleet seems as strong as ever and throughout the third day of racing, he was never lower than second at any stage.

“It’s a great racecourse, it’s a washing machine” he said. “It’s a shame there aren’t many spectators around because it’s a perfect showcase for Olympic boat racing.”

Britain hold top spot in both skiff classes with 49er duo Dylan Fletcher and Stuart Bithell experiencing the darker side of being there to be shot at.

Having won the fourth and final race on Tuesday, they were marked men and Spain’s Diego Botin le Chever and Iago Lopez Marra got a little bit too close for comfort on the course.

“We had a target on our backs when we were leading, a lot of boats tacking on us and we weren’t quite as prepared for that as we should have been,” said Fletcher. 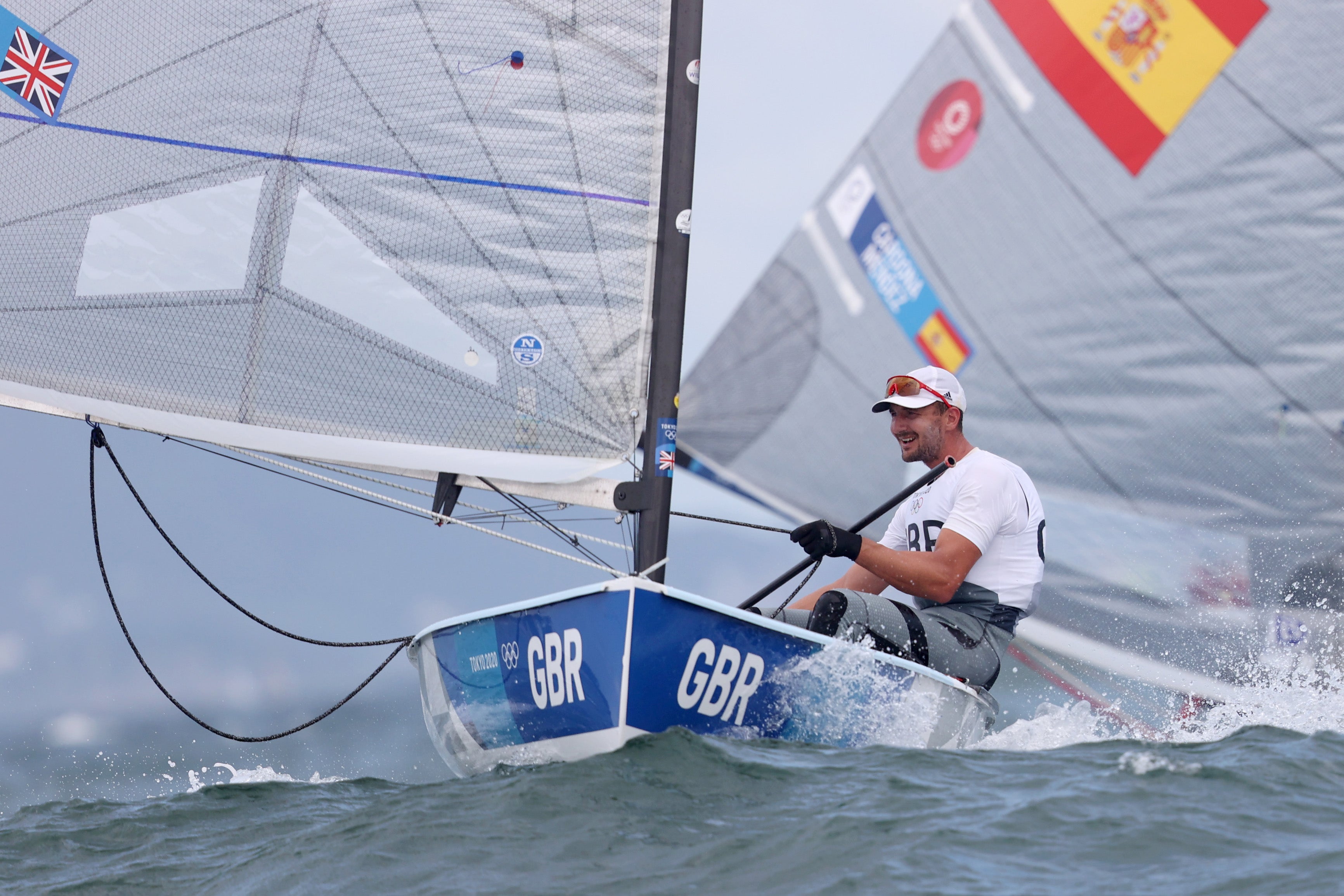 “We were a bit surprised in the first race when the Spanish were tacking on us and we were like, ‘wow’, we’ve got a lot of racing left to be thinking about tacking on other crews.

“But we tried to focus on our racing and we’re glad to have pulled it back in the last.”

Flagbearer Hannah Mills’s attempt to become Britain’s most decorated female Olympic sailor alongside Eilidh McIntyre means there’s a target on her back too.

The 470 duo are wearing the crown Mills won with Saskia Clark in Rio lightly and they won the final race to keep pace with their main rivals from Poland.

“We want to keep putting in those consistent scores,” said McIntyre. “It’s a very boring thing to say say but it’s a boring thing to do, just keep going with good, consistent results and you’ll be there at the business end at the regatta.

“You see what other Team GB athletes are doing, that picture of Tom Daley on the podium, I want to go out there and do that.”

Stream every unmissable moment of Olympic Games Tokyo 2020 live on discovery+, The Streaming Home of the Olympics.