DORTMUND superstar Erling Haaland has a ravenous appetite when it comes to scoring goals – but they are not the only thing he is hungry for.

Haaland, 21, has missed six out of a 12 possible Bundesliga games so far this season through injury, but has still managed to net an incredible nine goals. 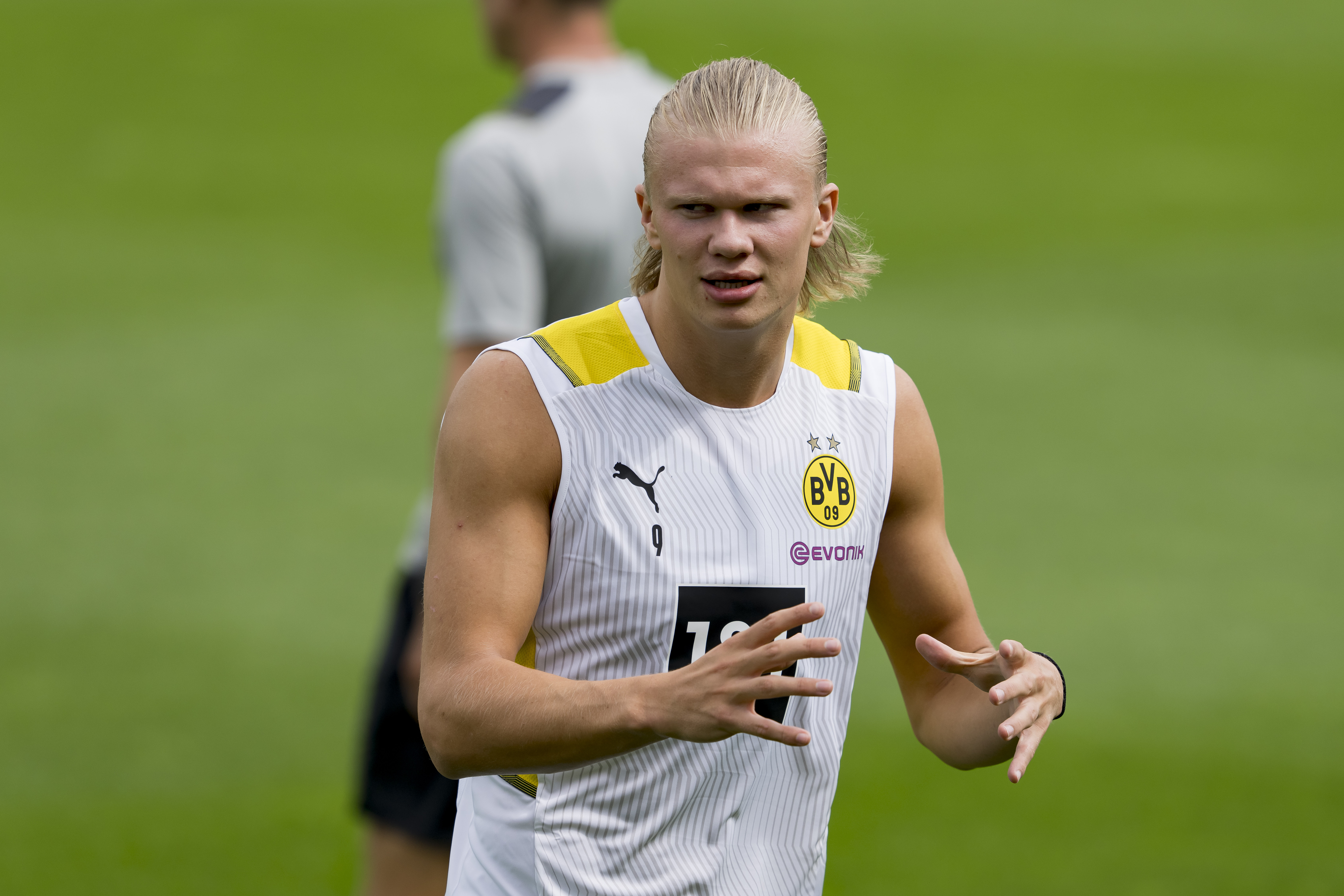 He has bagged an outrageous 70 goals in his 69 appearances for the Bundesliga giants since joining for just £18m in December 2019.

And his Norway team-mate Watford striker Josh King has lifted the lid on the insane eating habits that keep the 6'4" hitman in such tip-top shape.

Speaking on team-mate Ben Foster's 'The Cycling GK' podcast, King said: "He's just a freak. I've never ever seen anyone eat as much as he does."

King added that Haaland “eats like a bear”, which helps to maintain his imposing physique and gives a physical the edge over opposition defenders.

His physical assets are just one part of the package though, with his pace and finishing also helping make him one of Europe's most fearsome strikers.

King also revealed that Haaland would be tempted by a move to the Premier League and that he still supports the club from his birth city – Leeds.

The Norwegian forward said about Haaland coming to the Prem: "I do know he loves Leeds. I don't know if that will happen but we will see.

"I'd love to see him in the Premier League. I said that last summer.

"I said 'you need to come to the Premier League' and he loves the Prem, but he's still young so he's got time."

Haaland has plenty of clubs circling around him, amid reports of a £64m release clause becoming active at the end of the season.

And despite Dortmund's desire for him to stay at the Signal Iduna Park, the Norwegian's future seems destined to be elsewhere.

He has a host of Premier League clubs, including Manchester United and Manchester City all lining up to battle for his highly coveted signature.

But one thing that is for certain is that Haaland will have to wait until the 2026 World Cup for his first opportunity to play on the world's biggest stage.

Norway failed to qualify for the World Cup in Qatar next year after a defeat to the Netherlands and a draw with Latvia earlier this month sealed their fate.

Haaland missed their last four qualifying matches through injury and could only watch on helpless as his country failed to qualify for a sixth straight World Cup.