ARSENAL fell victim to a late smash and grab as Jamie Vardy came off the bench to score with the game's first shot on target after 80 MINUTES.

Alexandre Lacazette had a goal disallowed after three when Granit Xhaka was judged to have impeded Kasper Schmeichel from an offside position. 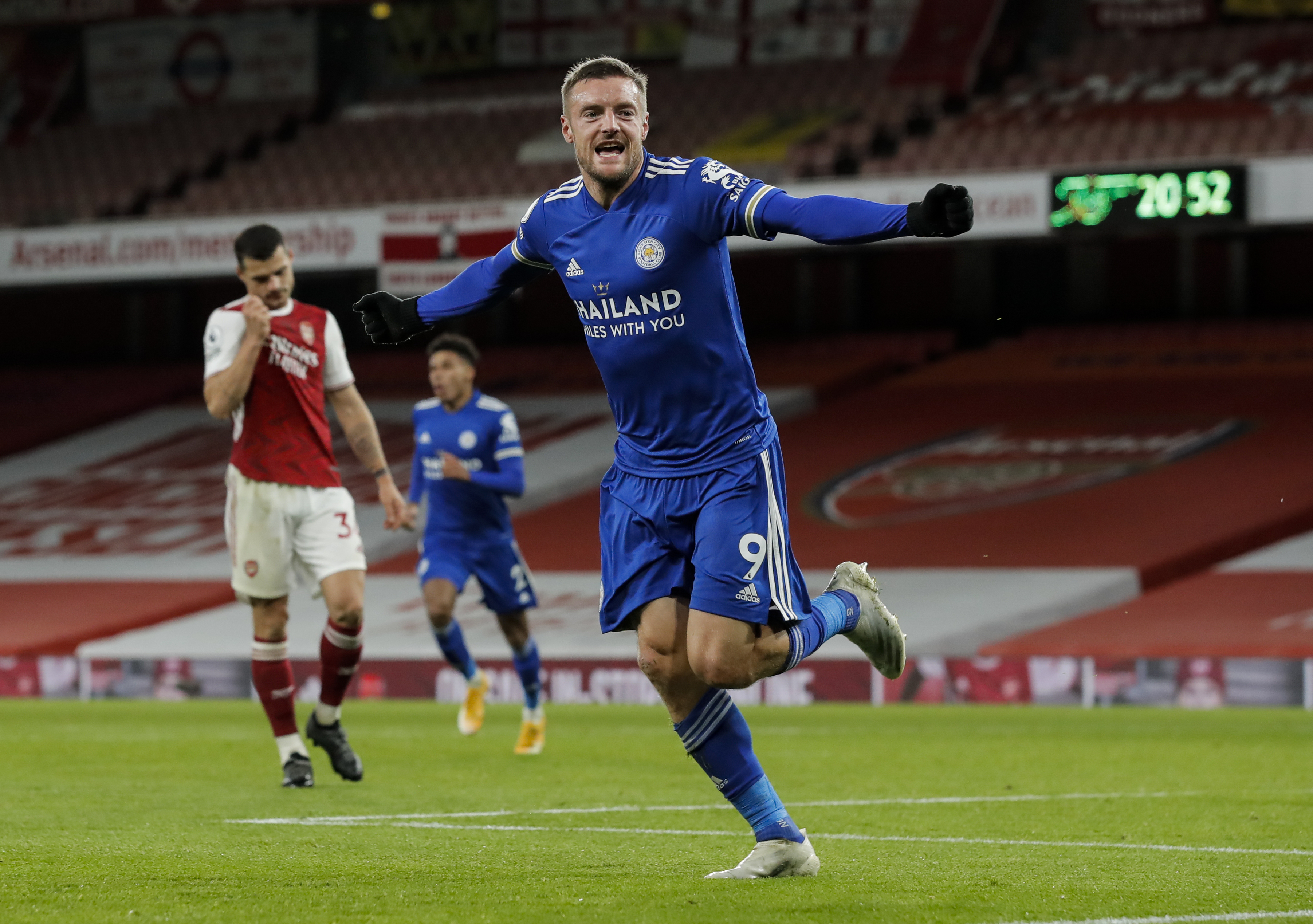 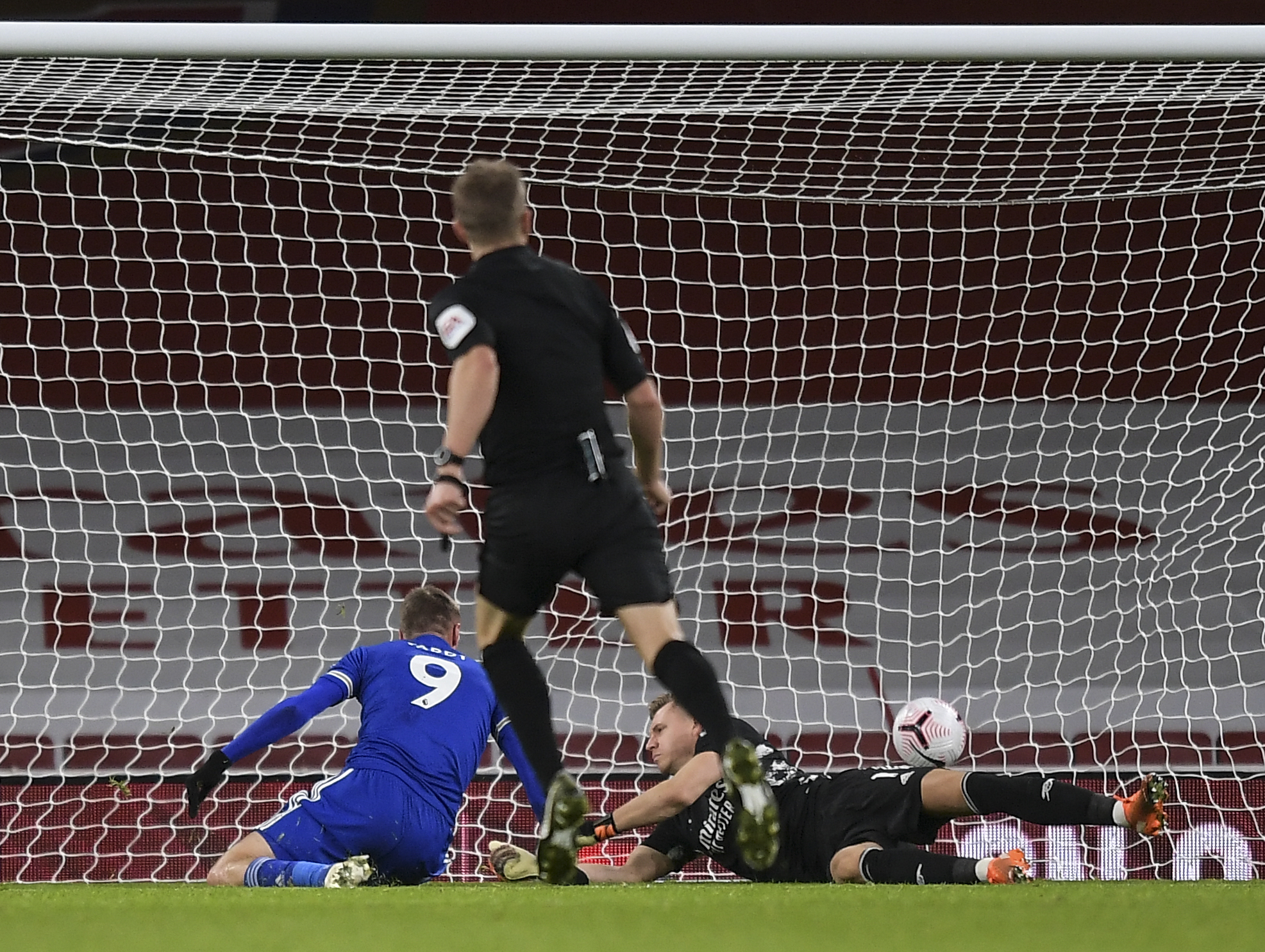 And the frustrating – and quite frankly dull – Arsenal performance was capped off by Vardy's late breakaway goal.

Cengiz Under left Granit Xhaka in his wake before sliding the ball across for Vardy to tap in.

And here's what SunSport's William Pugh made of the Gunners' individual performances in the 1-0 defeat against the Foxes. 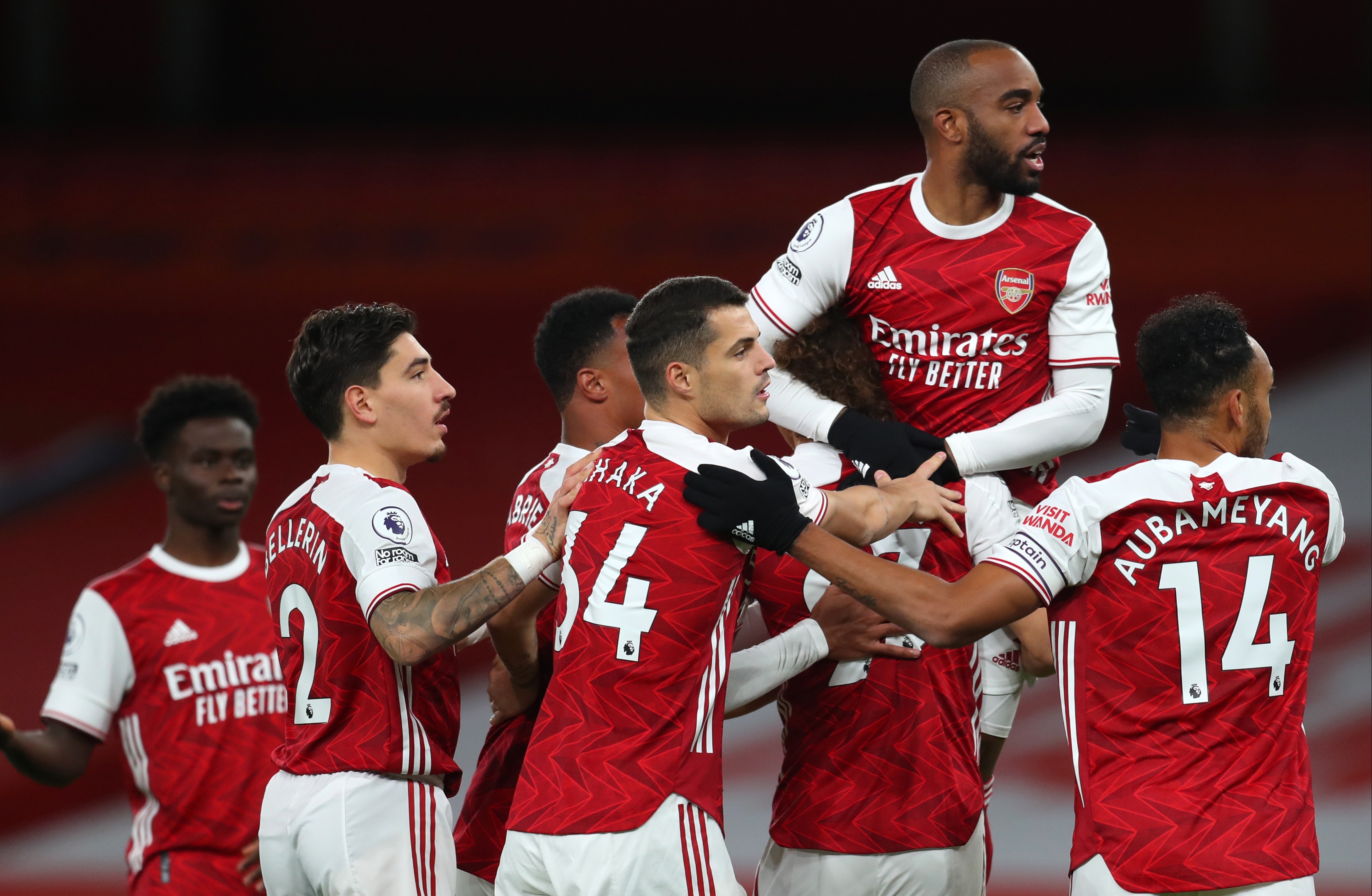 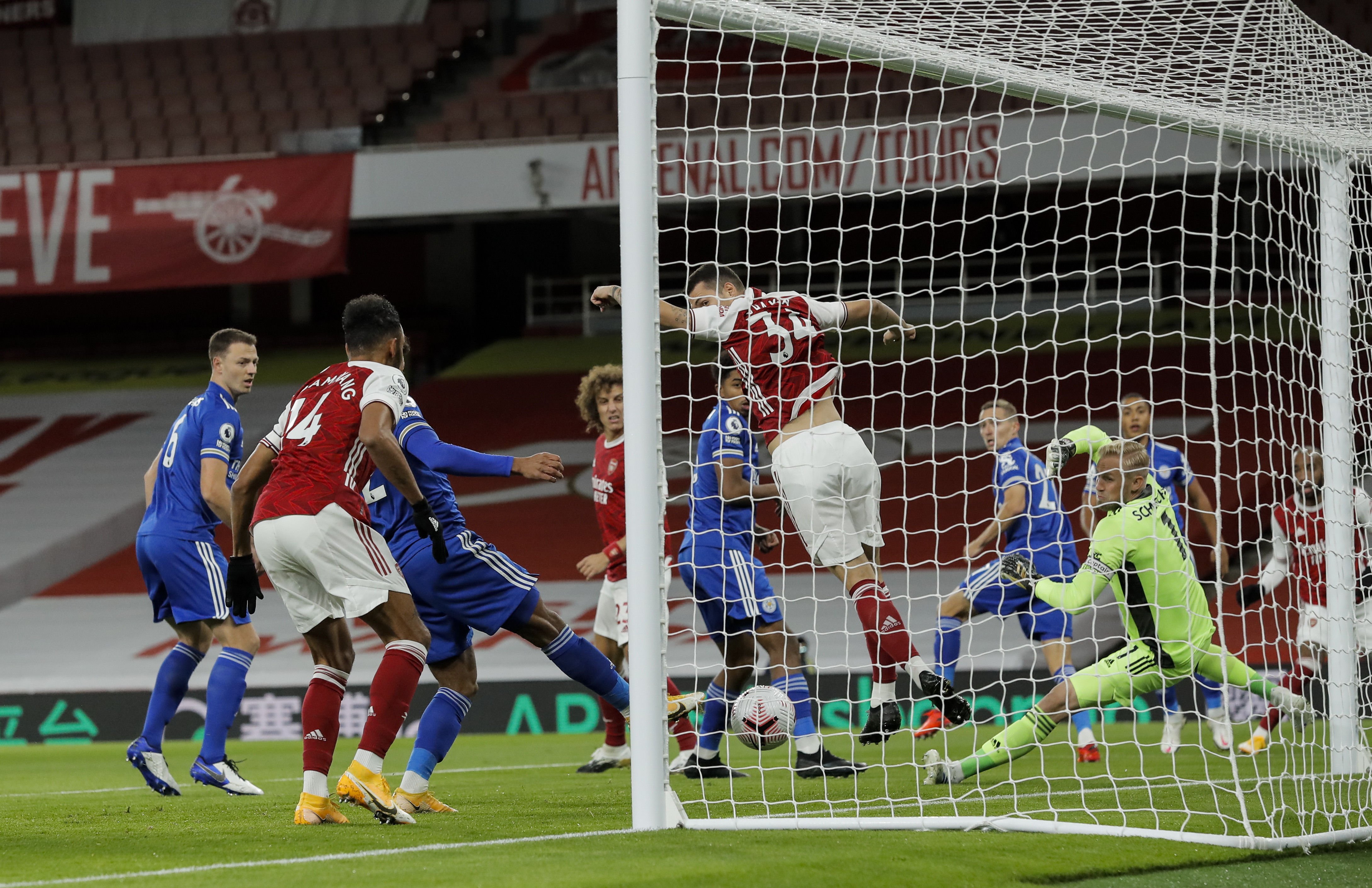 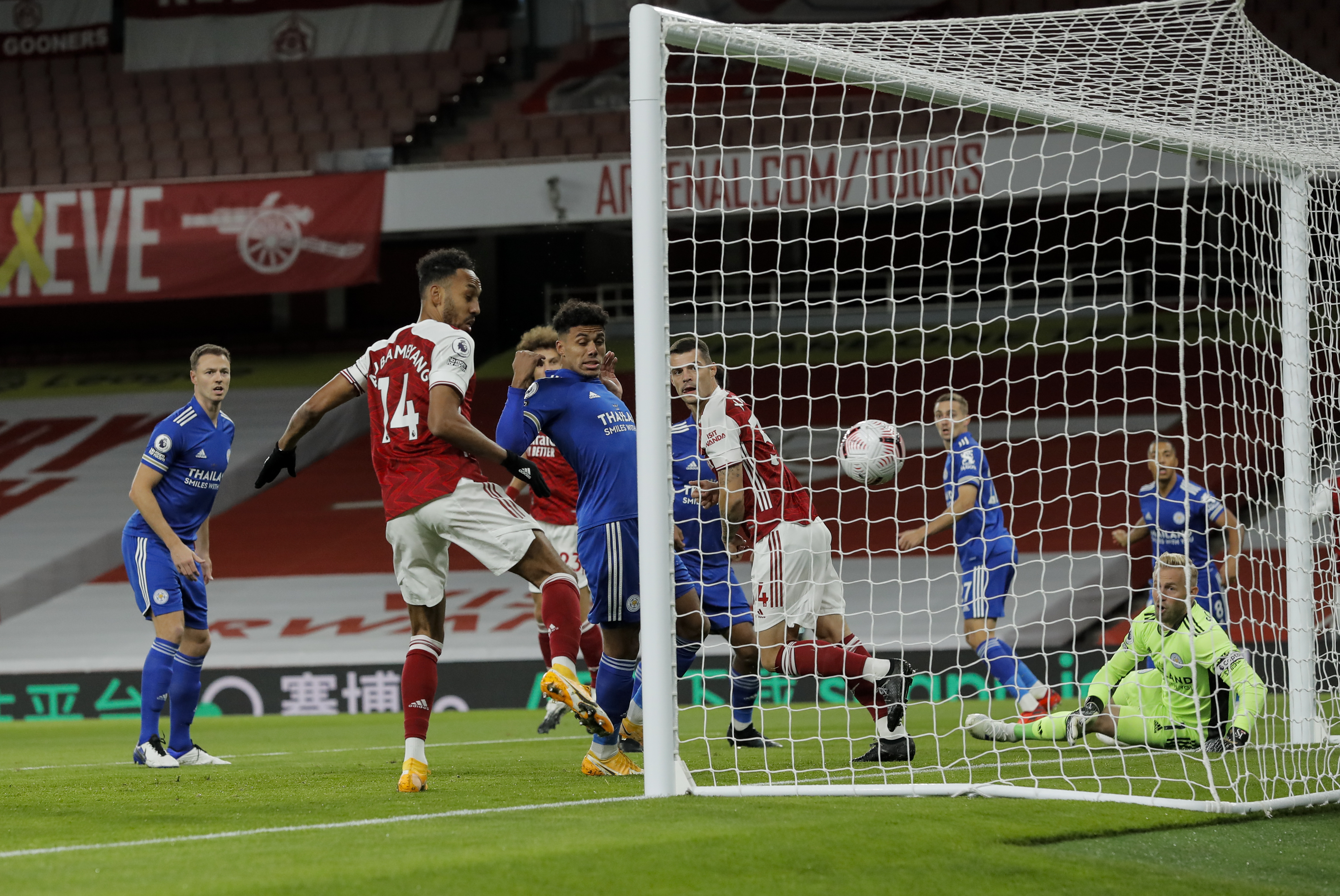 Rushed out and cleared poorly in the first two minutes which let James Maddison have a shot at an empty net from distance.

He blazed over but it was a lucky let off for the German. Barely had a touch from then.

Couldn't do much with Vardy's winner.

Booked on the half-hour mark for a cynical foul on Harvey Barnes.

EXTREMELY lucky not to be given a second for a rash slide challenge on James Justin after an hour.

Chance on goal soon after when Aubameyang set him up for an edge of the box volley but he smashed it straight at Schmeichel. 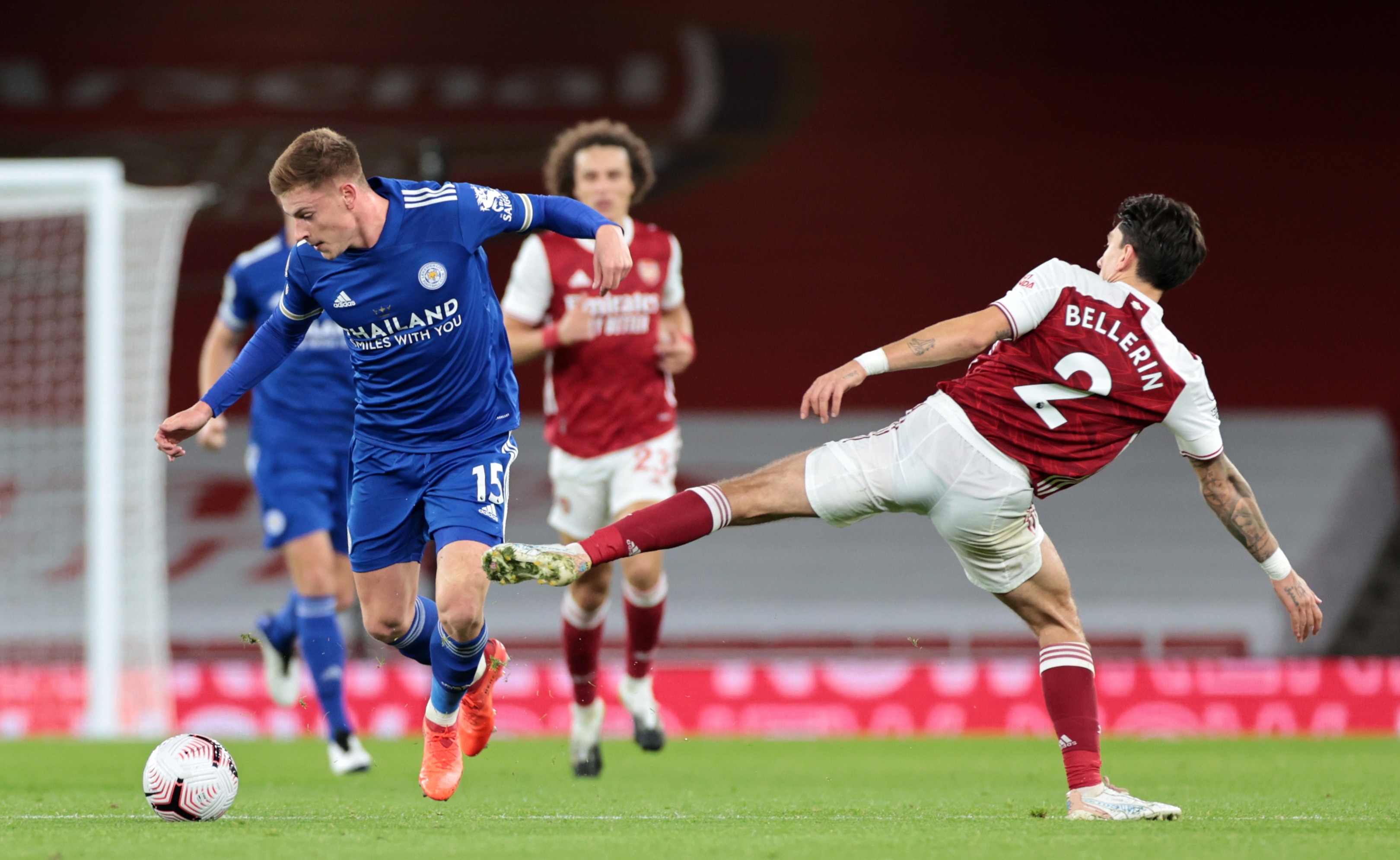 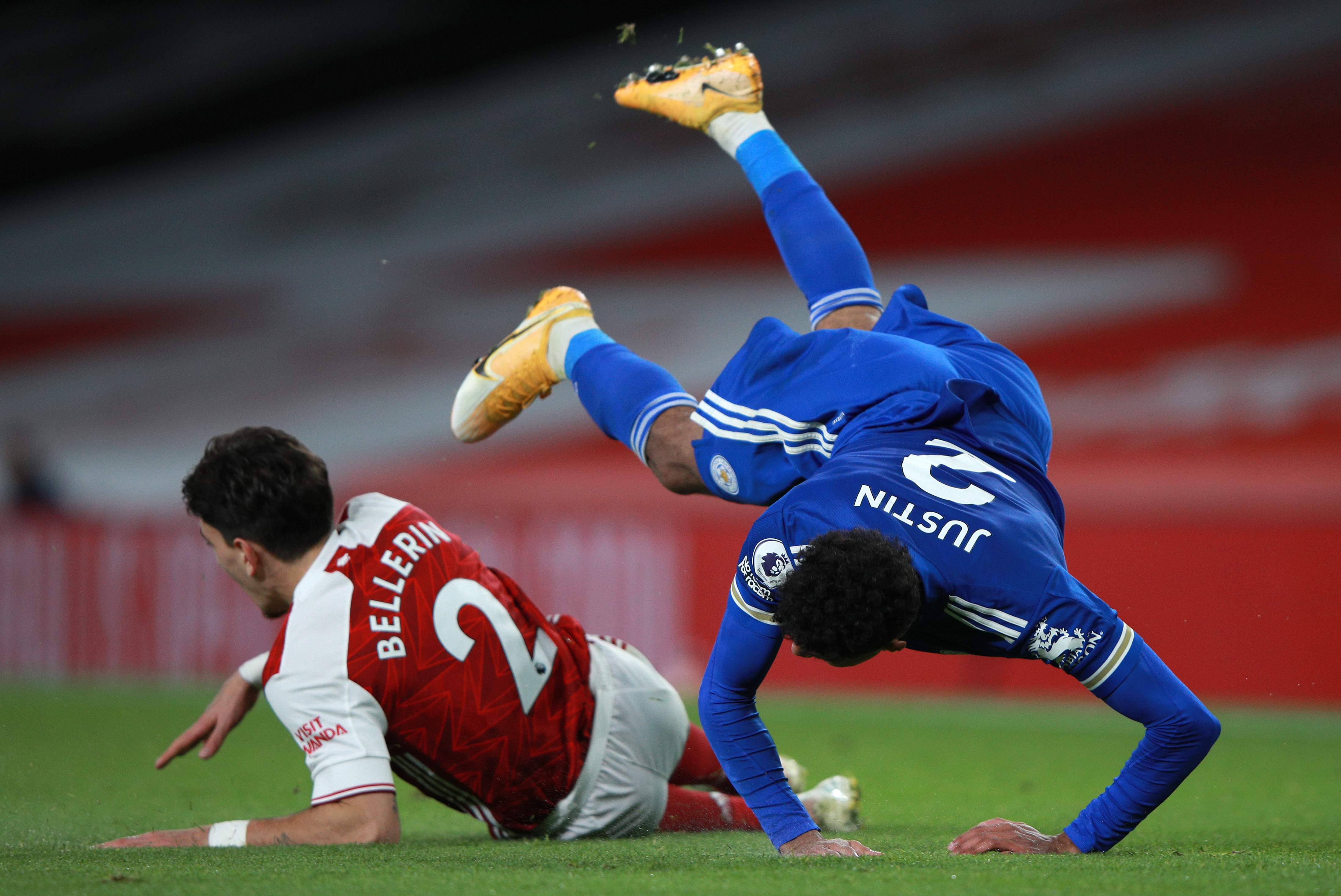 Got on the ball a lot before half-time and intervened well on the rare occasion Leicester ventured into Arsenal's half.

Limped off injured just moments into the second-half. Pictured with ice on his left thigh soon after.

Almost nothing to rate as untested by Brendan Rodgers' men until the end.

Got dragged towards Under and left Vardy open behind him for his late goal but hard to pin blame on him.

Got forward well early on as Arsenal tested the visitors at the back.

Tried to join in attacks all night but was subbed off when Leicester scored late.

Neat and tidy. Nothing spectacular.

Will be pleased his full Premier League debut went by without incident but fans will want more from him as time goes on. 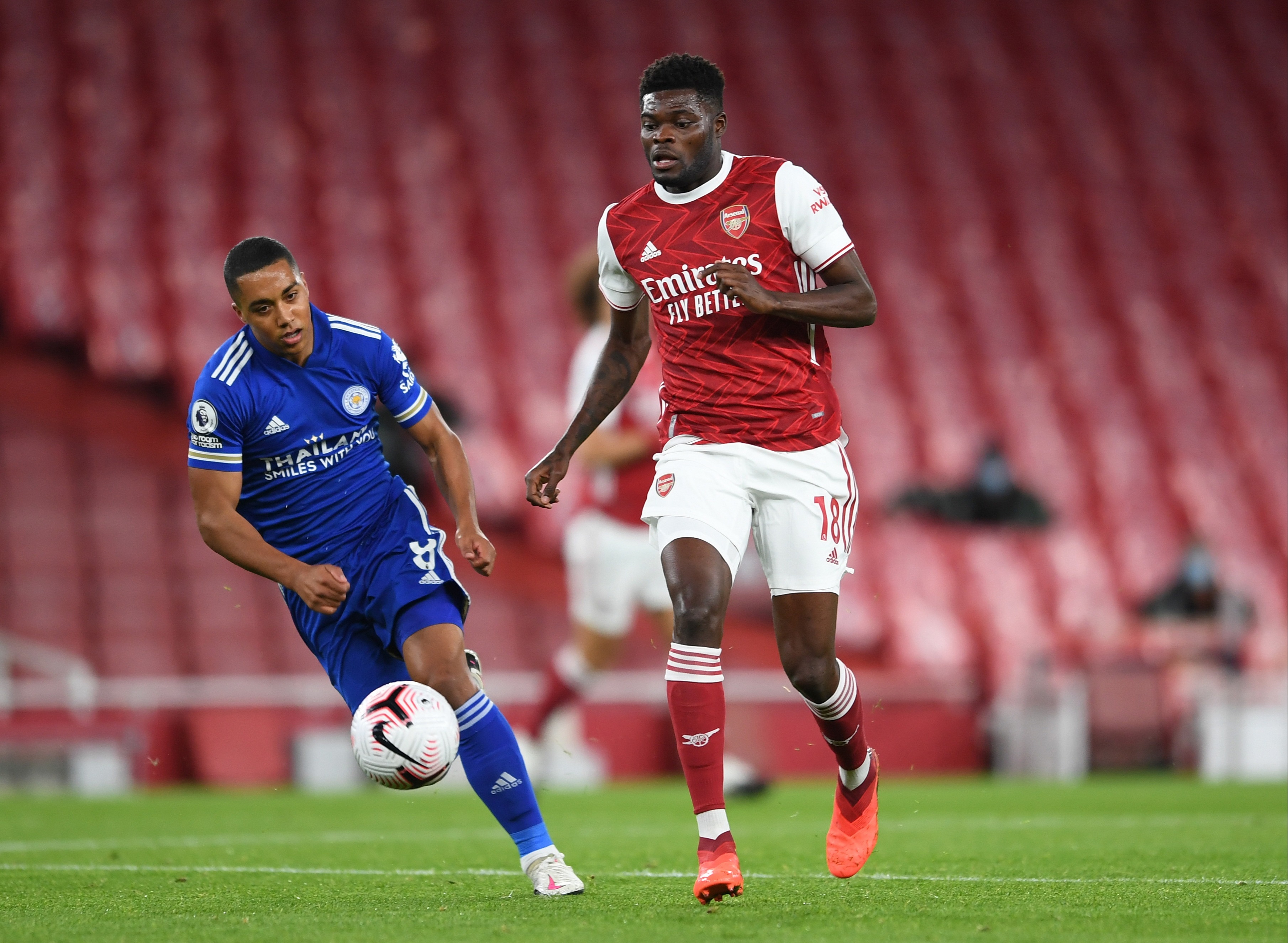 Stood in an offside position when Lacazette headed home his disallowed goal after three minutes.

Industrious performance alongside his new midfield partner as his team did well to snuff Leicester's counter-attack attempts.

Until he let Under run away from him to set Vardy up for the winner.

Looked a little off the pace.

Only presented with a couple of half chances and failed to create much himself.

Had the ball in the net after three minutes but his header from a corner was disallowed because Xhaka was offside.

Made a nuisance of himself throughout the first-half and was unlucky not to score.

Booked for clattering Jonny Evans on the hour mark.

Worked hard on a frustrating night for his team. 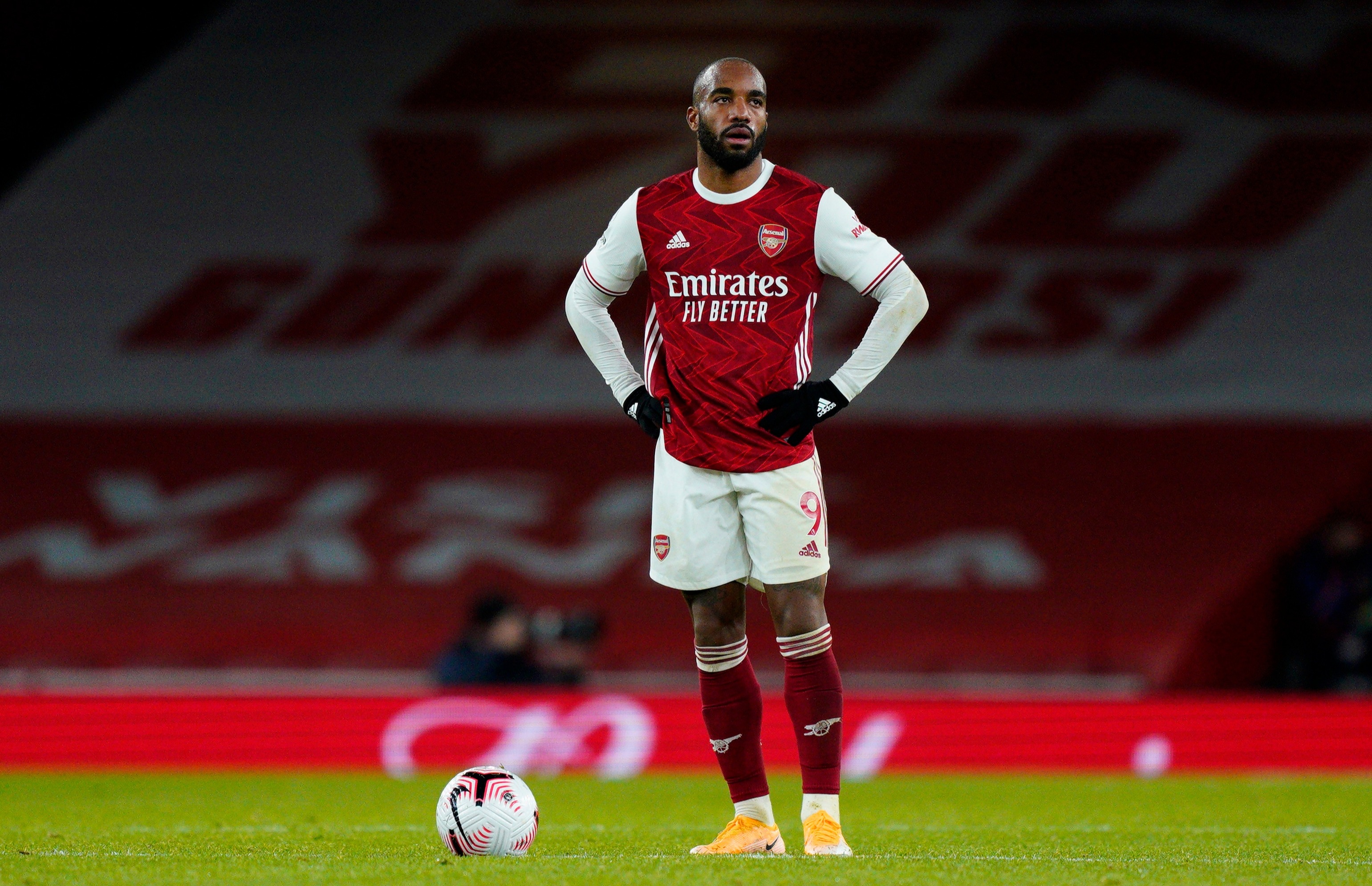 Persistent early on as he tried to make things happen for his team.

Half chance on 20 minutes but easily saved by Kasper Schmeichel before another effort stabbed wide with five minutes left in the first-half.

Busy for the remainder as his probing passes and combinations with Tierney worked the Foxes' right-back Justin all night. 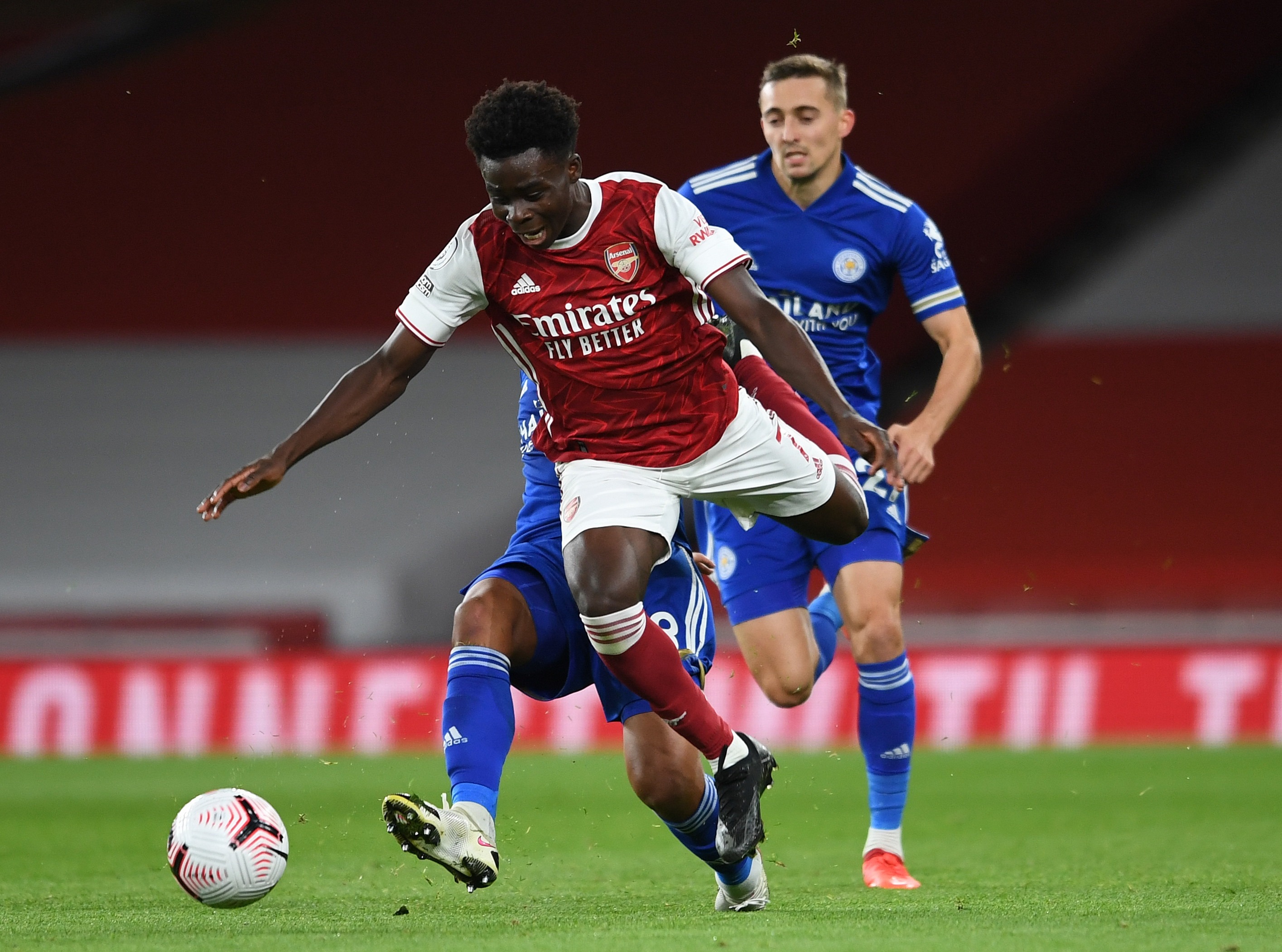 Heisman Trophy betting odds: Another quarterback likely to win in 2019