Home » Sport » High school athletes left ‘numb’ by lost senior year: ‘They have taken all hope away from us’ 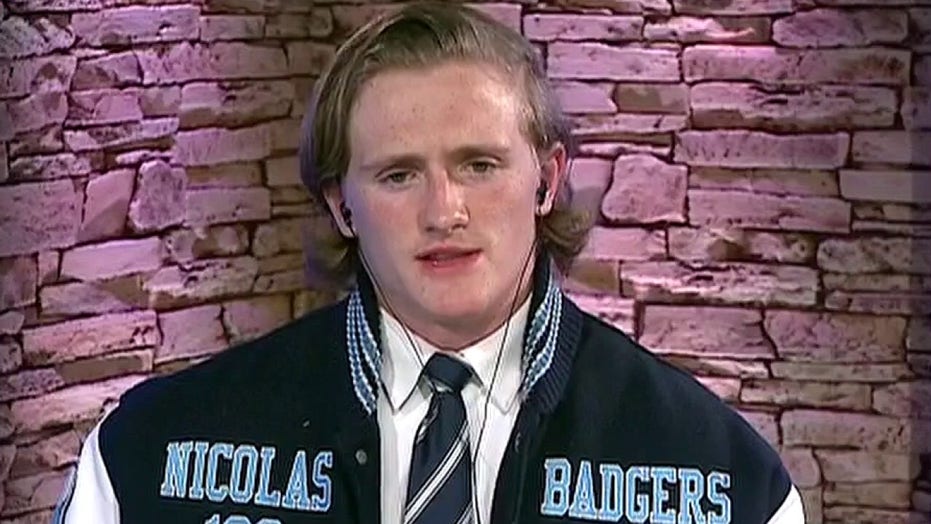 Two high school athletes joined “The Story” Friday to discuss the loss of their seasons due to school closures during the coronavirus pandemic, with one telling host Martha MacCallum that officials “have taken all hope away from us.”

Football player Trey Goughnour, a senior from Clarke County, Nevada, described being in a “state of numbness”, saying the lives students live has been “redundant.”

Goughnour also described the poor habits he has formed in his final year of school, saying that midnight deadlines for assignments have caused he and his fellow students to procrastinate.

Fresno, California senior Nicolas Guynn told MacCallum that the lost year has caused him to live a “new normal of sadness.”

“When I first started coming home, everything was kind of fresh,” Guynn said, “We were all told ‘Hey, you’re going to have an extra week off of school. We’re going to move up the spring break, you’re going to have a full week off and then we are going to get back into it, back to normal and everything is going to go just as we planned.’ But as the dates kept getting pushed back when we would go back and eventually summer came, my mom just started asking me, ‘Hey, you seem really down. Are you OK?’ She just was constantly checking in on me.

“But I felt normal. That’s when it hit me that my new normal was what used to be when I was sad and when I was really down. That was normal for me now.”

“It’s like rehearsing for a concert that’s just never going to happen. It’s made me feel really numb and really sad.”

Dustin Johnson and Paulina Gretzky put off wedding since 2013 due to schedules – but could that change after Masters?