Home » Sport » How England's young lions have fared 500 days after U17 World Cup glory, from non-league to Champions League

THEY were the Young Lions ready to break through as the next Golden Generation. 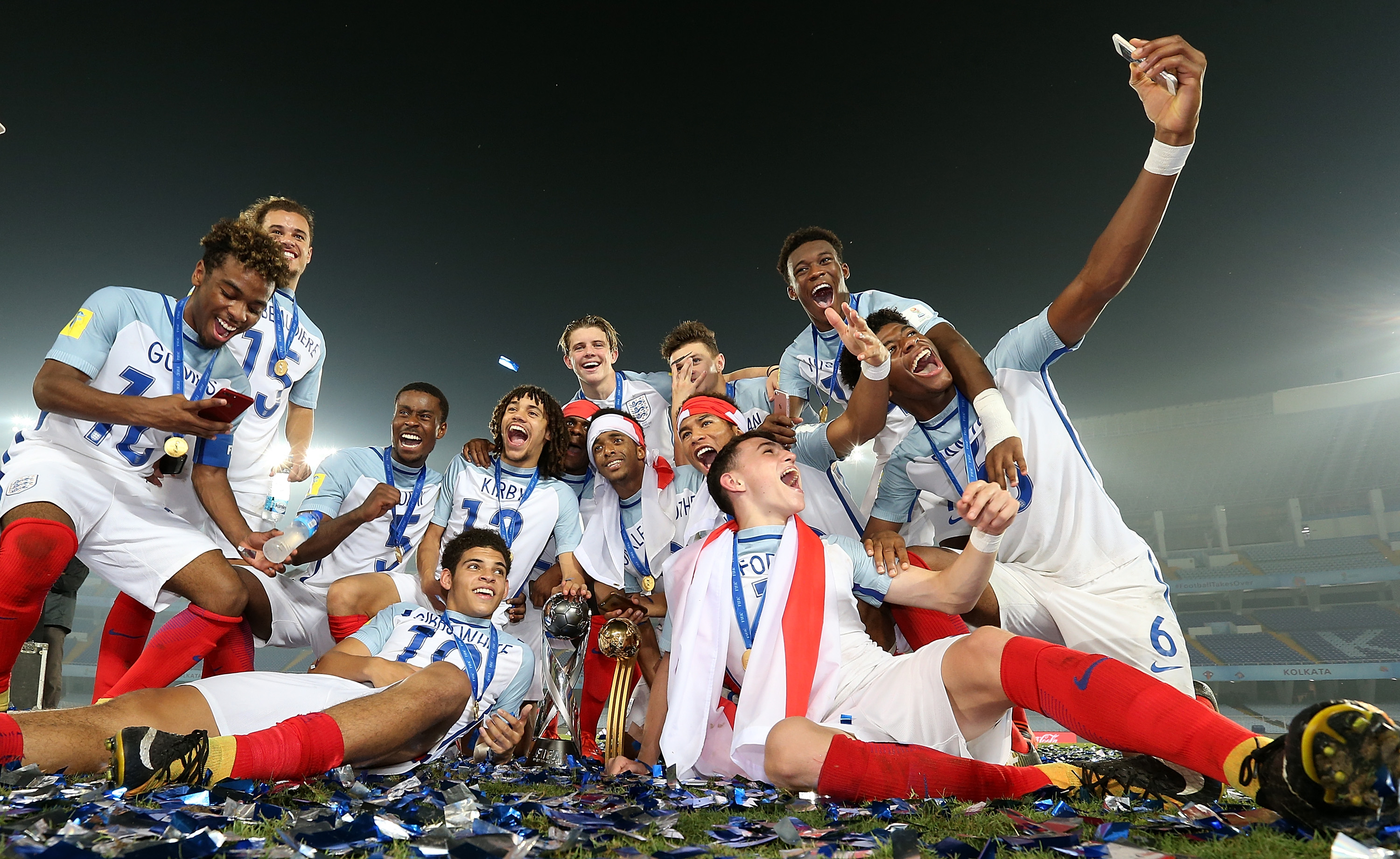 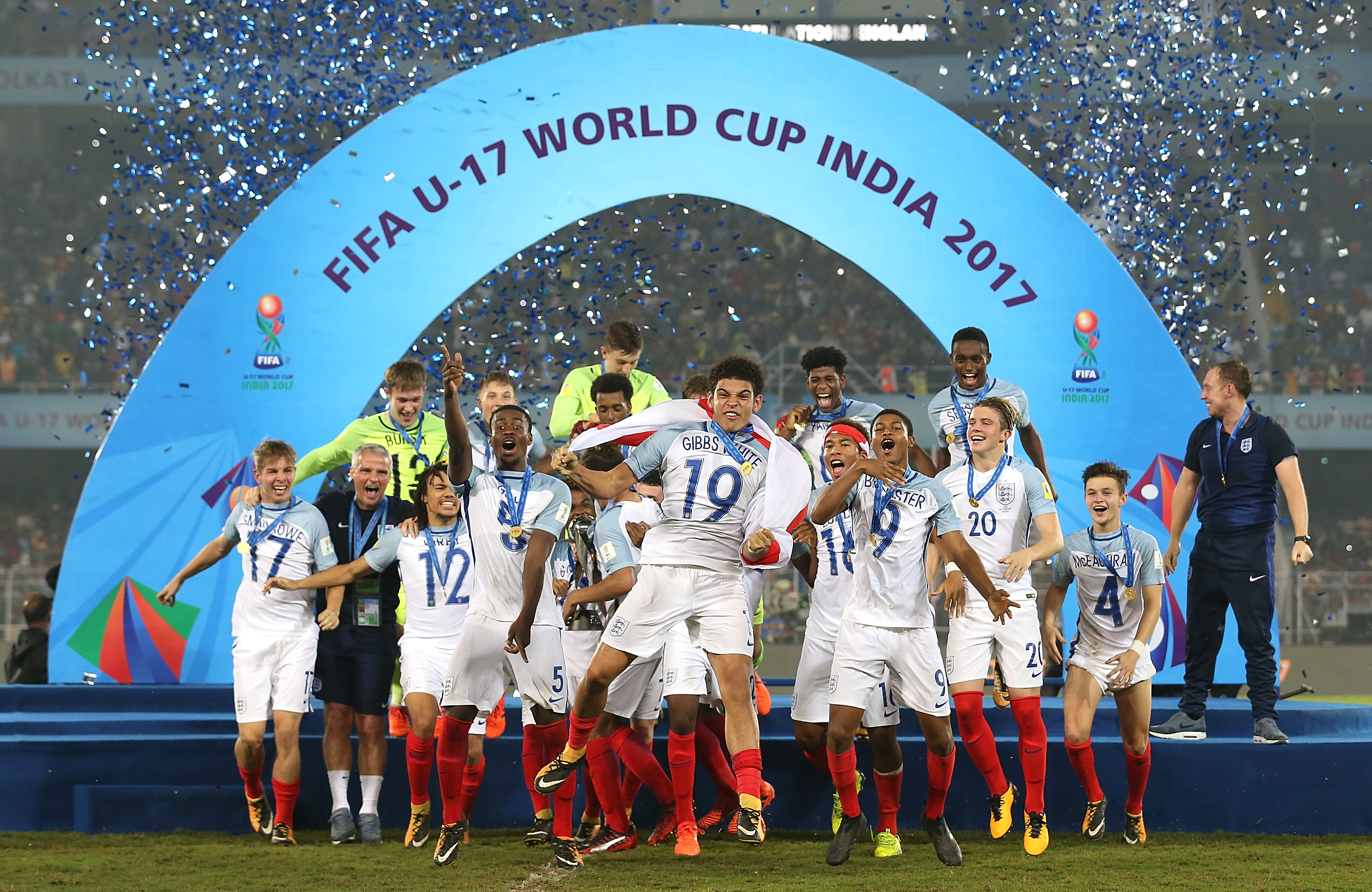 It is now nearly exactly four years to the day since the talented teens achieved that milestone, and several have gone on to bigger and better things.

He is now in charge of Nottingham Forest and is currently performing a stunning transformation in form with the Tricky Trees.

But for all the successes of Phil Foden and Jadon Sancho, not every member of his victorious team have progressed as expected.

While some struggle for first-team football, others have fallen out of the Football League all together.

Here, we run through which players have made their mark and which are yet to hit the big time after that historic win:

Anderson was No1 in India and played a crucial role in guiding the Young Lions to victory with his penalty shoot-out heroics against Japan in the last-16.

The stopper returned to these shores to Wycombe Wanderers but has not played in the league for them and instead was sent out on loan to non-league Walton Casuals last term.

He is now currently getting more experience on loan with National League South outfit Eastbourne Borough. 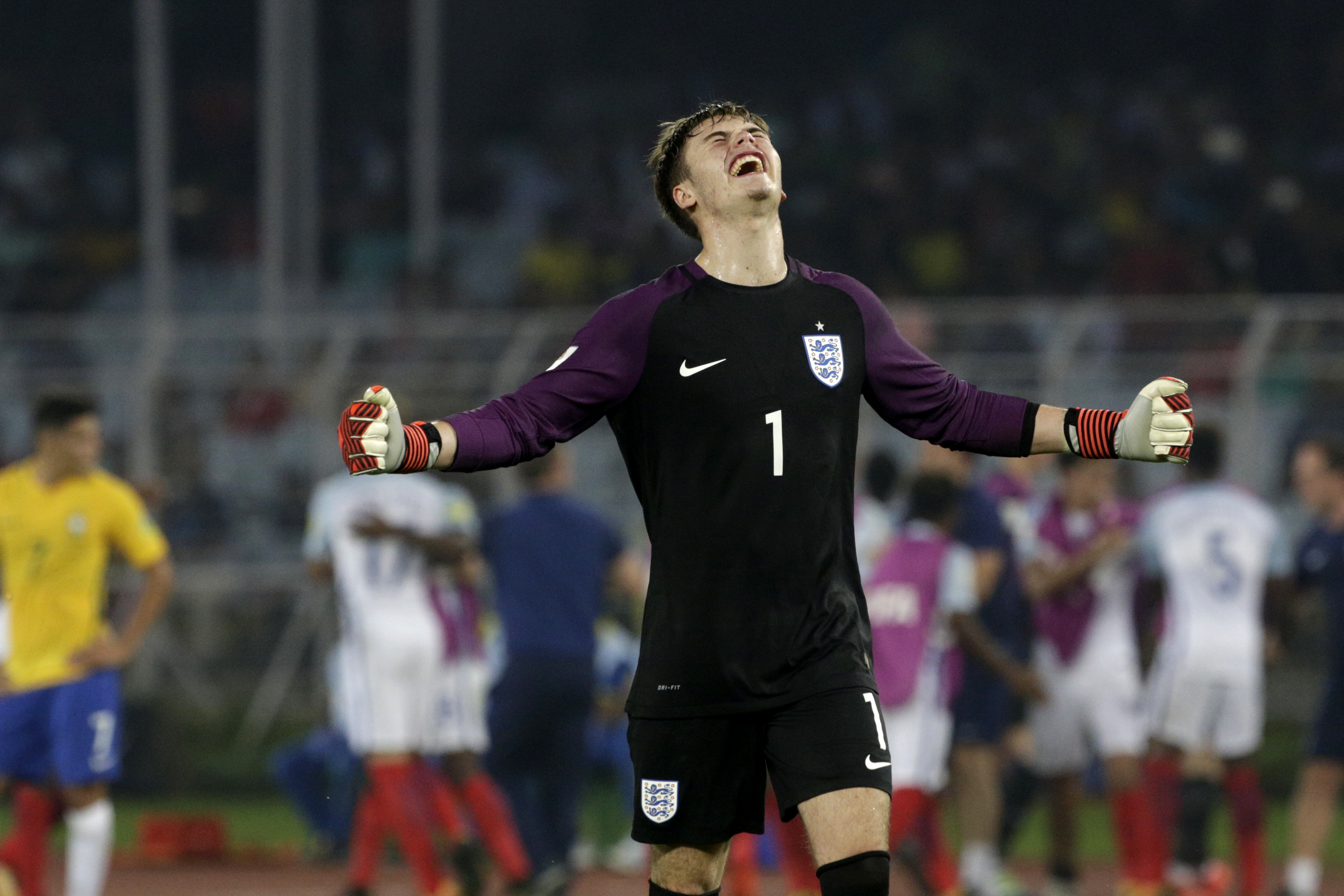 Was always considered as a potential long-term successor to Jack Butland at Stoke, the teenager was loaned out to gain first-team experience after the triumph with England.

Bursik had spells in non-league with Hednesford Town and AFC Telford United before stints in the Football League with Accrington Stanley, Doncaster Rovers, Peterborough and Lincoln City.

He began this campaign as No1 for Stoke and has played 21 Championship matches in total for the Potters. 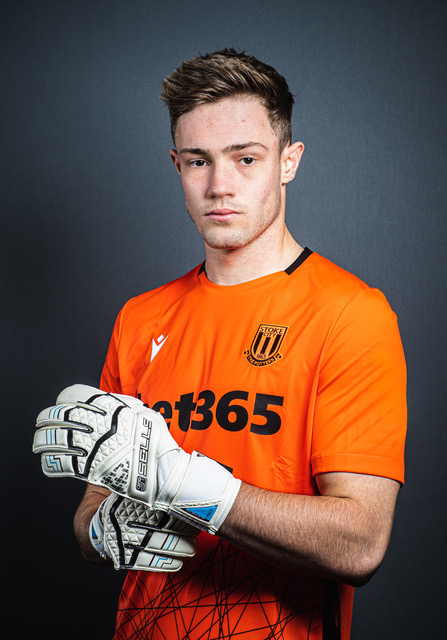 Fleetwood boss Joey Barton ended Crellin’s loan move to FC United of Manchester early after the National League North side won just one of 10 games with the then teenager in 2018.

Barton recalled the ace, who made just one appearance for England in India, when he was just 19  and gave him a first-team start in the EFL Trophy.

He went back out on loan to non-league Chorley before spending last season at Bolton in League Two and played 11 times.

The starlet has made five league appearances for Fleetwood.

The versatile defender, known as TJ, has caught the attention of Mauricio Pochettino, who gave him a first-team debut in Spurs’ 7-0 FA Cup third-round win over Tranmere.

Eyoma was been a regular for Tottenham’s Premier League 2 side but was also named as a substitute for an FA Cup win against West Ham, having been on the first-team’s pre-season tour.

But he went on loan to Lincoln City last season in League One and impressed that much that they bought him permanently from Spurs this summer. 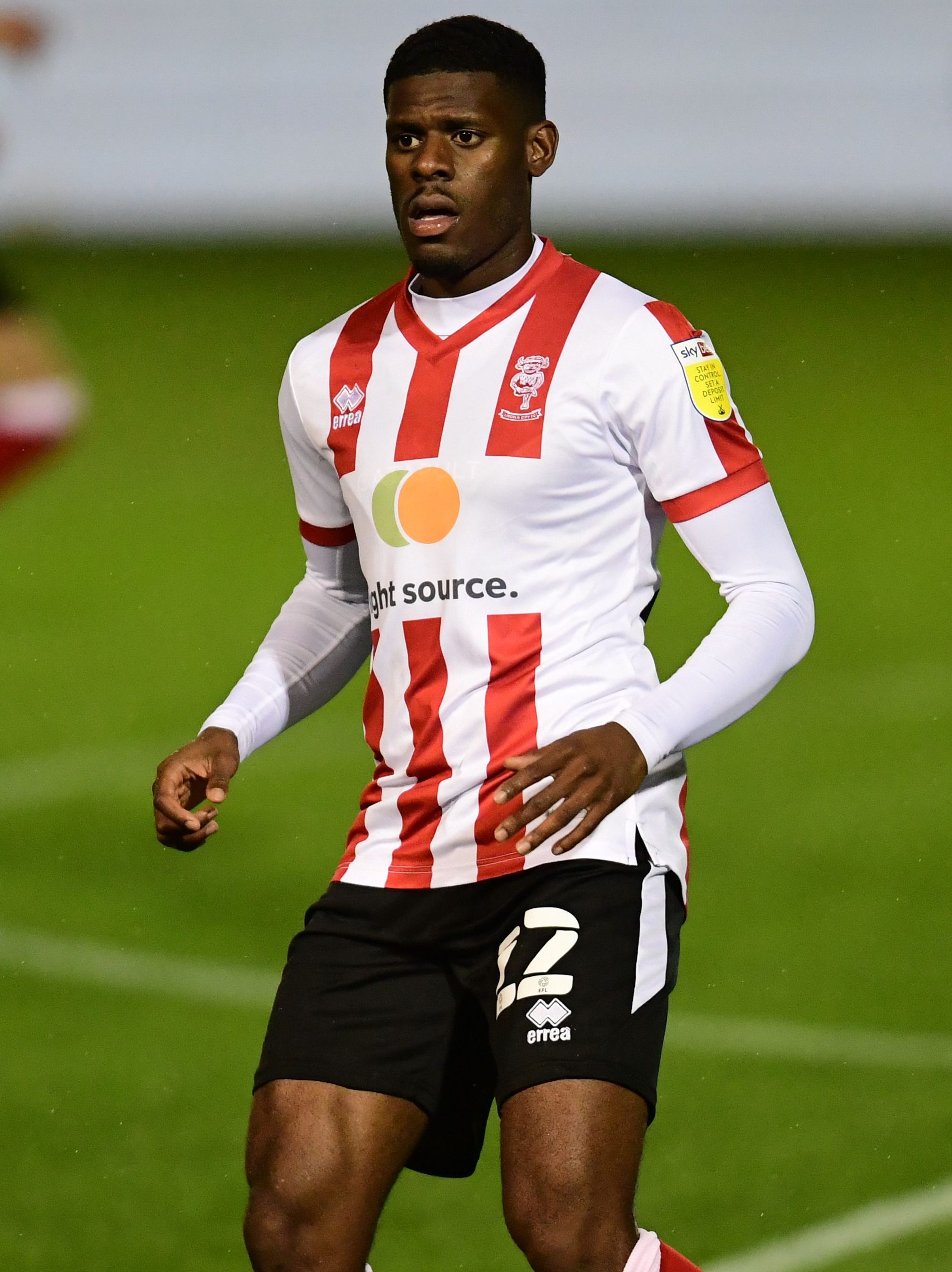 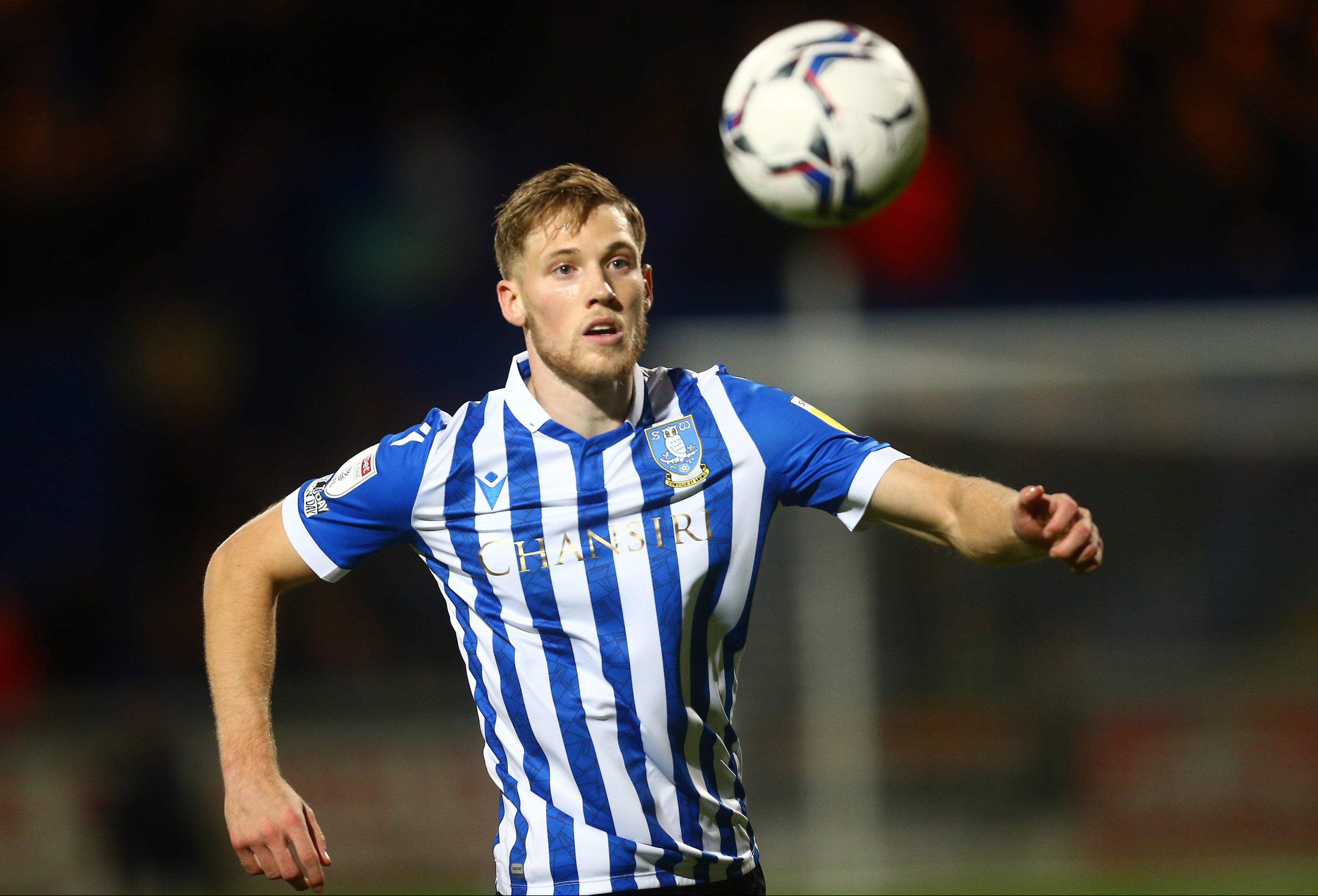 Despite not making a first-team appearance, U23s boss David Unsworth has heaped praise on the teen who can play left-back or central defence.

The now England U20 international has gained further experience at Fleetwood and Reading and is currently on loan at League One Sheffield Wednesday.

Captained England at the European Championships before scoring in the World Cup final, and then starred in Jody Morris’ Chelsea youth team that won five trophies last year.

But the central defender, who was born in the Ivory Coast, is one of many that struggled to make a mark on the Blues first-team despite impressing for the U19s.

And after shining on loan under Cooper at Swansea in the Championship last season, he is now a regular in the Premier League at Crystal Palace after they signed him in the summer. 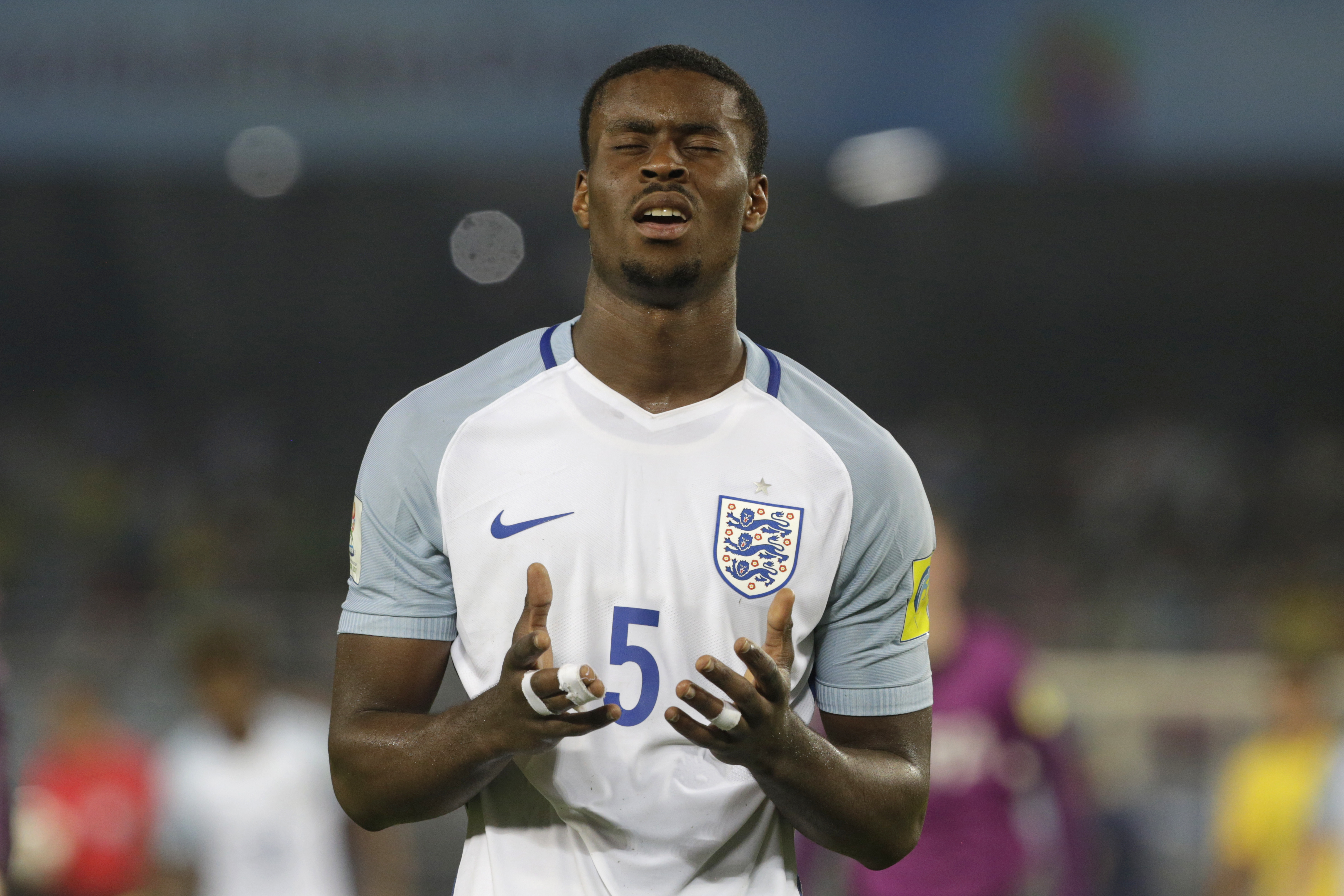 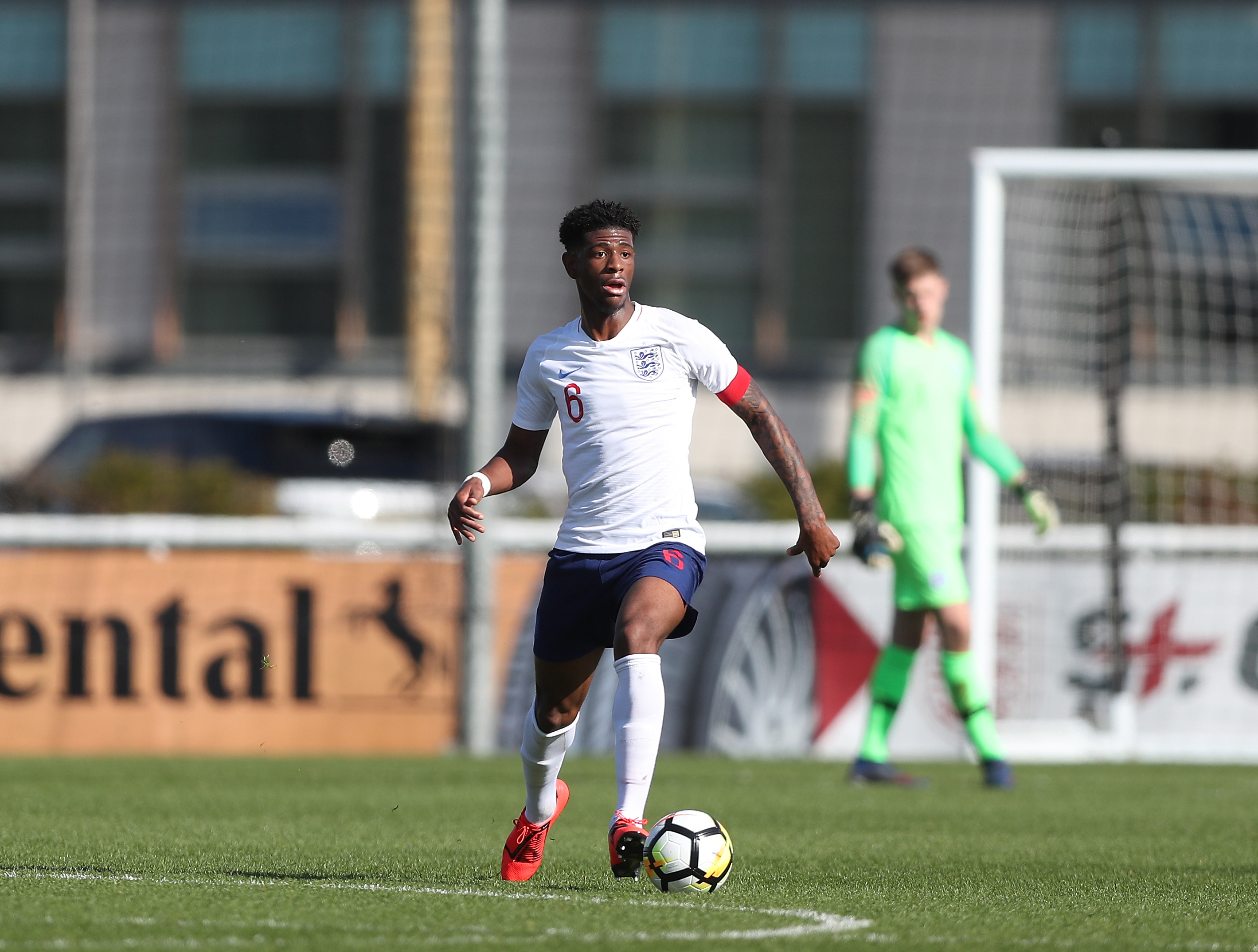 After nine years in Chelsea’s academy, the central defender signed a five-year deal with Ligue 1’s Monaco in 2018 search of first-team opportunities.

Panzo made the first-team after impressing former boss Thierry Henry who handed him a full debut in that December’s League Cup quarter-final win over Lorient.

However, he has struggled since and was shipped out to Cercle Brugge in Belgian before he transferred to French second tier side Dijon.

The World Cup winner was involved in a contract stand-off with the Premier League champions after only appearance came for the U21s in the EFL Trophy.

The concerns over a lack of first-team games led to Latibeaudiere leaving in 2020 for Swansea after a spell on loan in Holland at Twente. 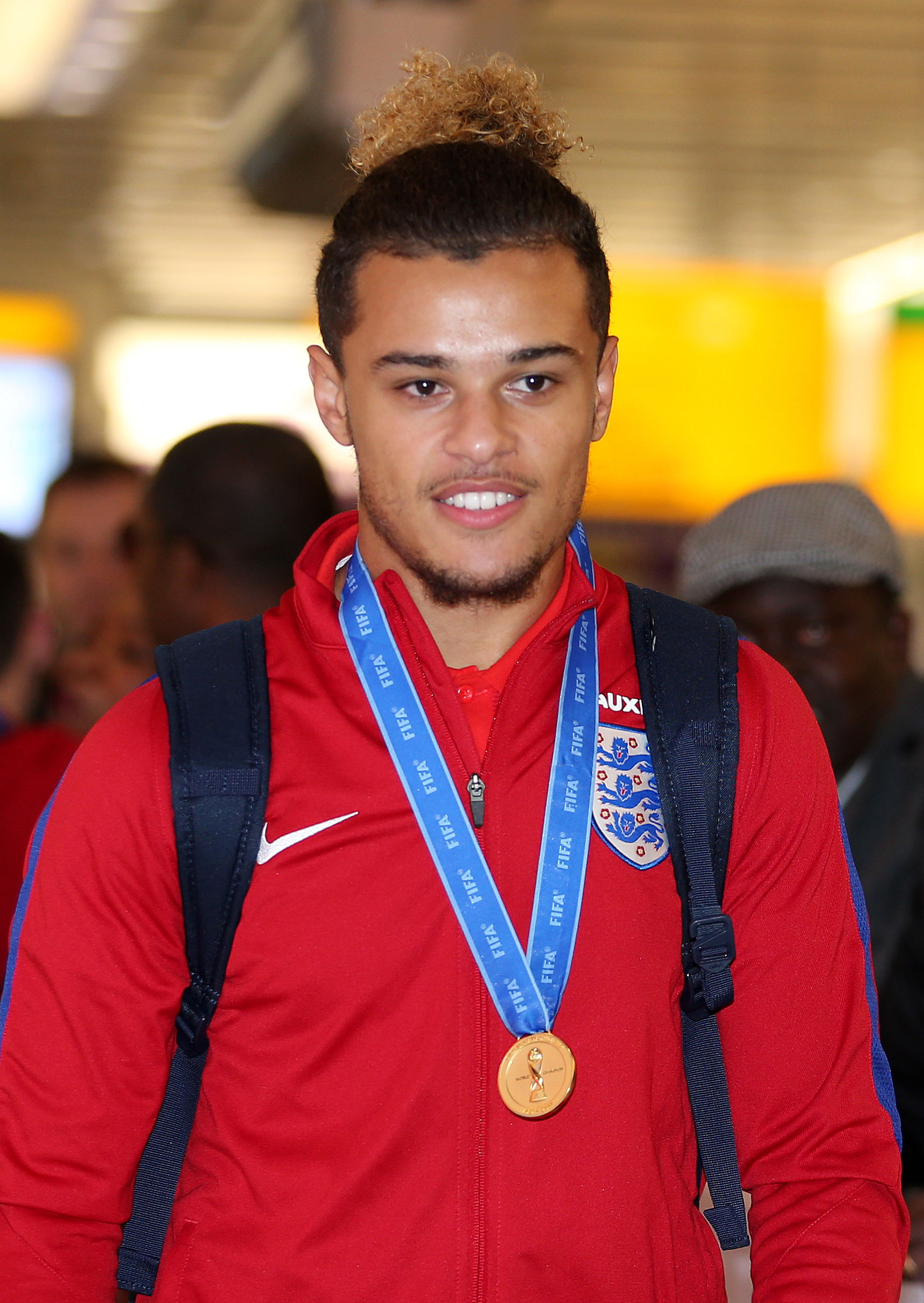 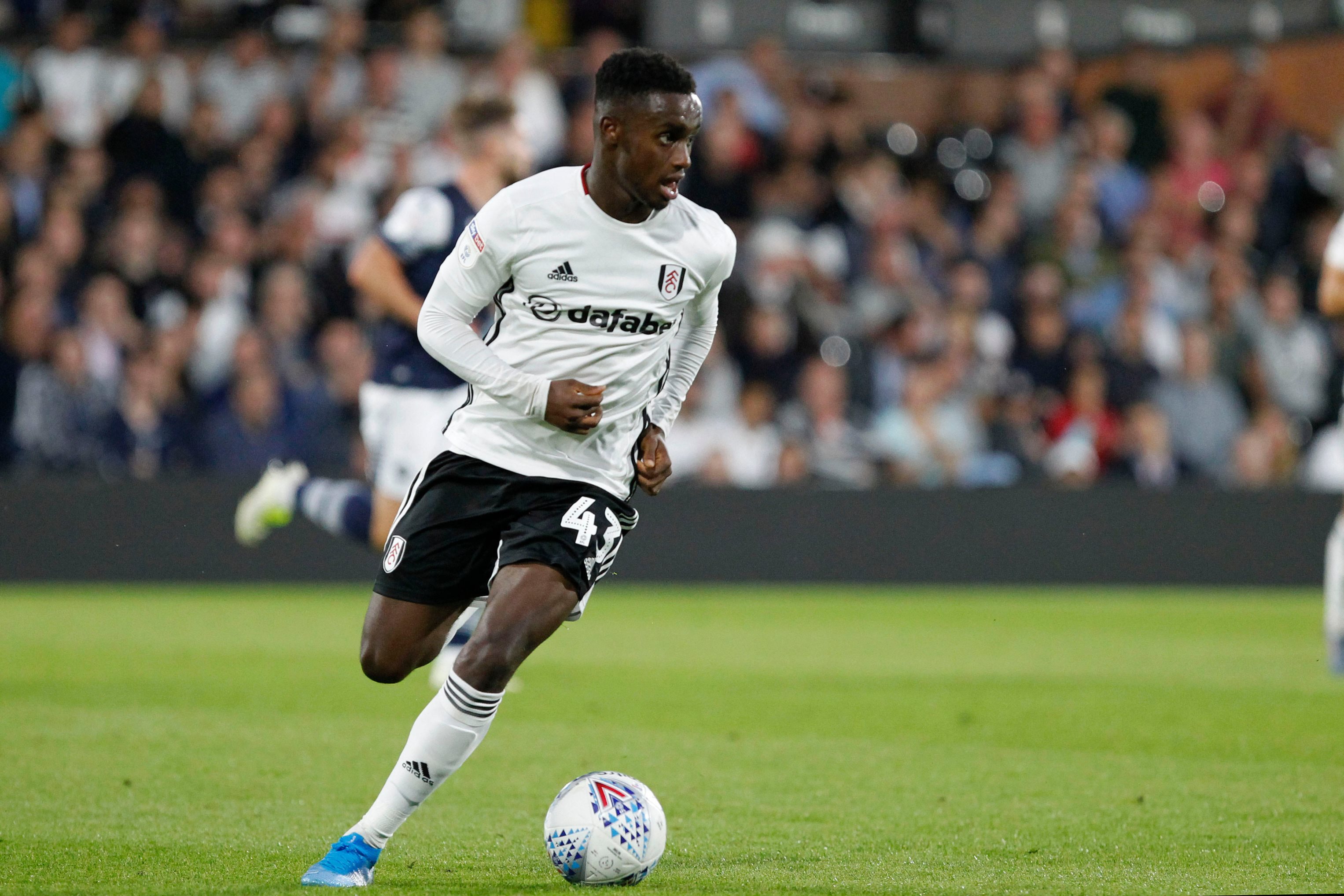 But after he was axed, a loan spell at Bristol City followed last season but he is now back at Craven Cottage.

Although he has yet to make an appearance this term for the West London outfit.

Younger brother of former Blue Josh McEachran, George has managed to impress at Chelsea in the youth ranks.

The central midfielder has still not managed to progress into the star-studded first team squad.

But he has gained experience with loan stints at Dutch clubs Cambuur and MVV although he is back at Stamford Bridge now. 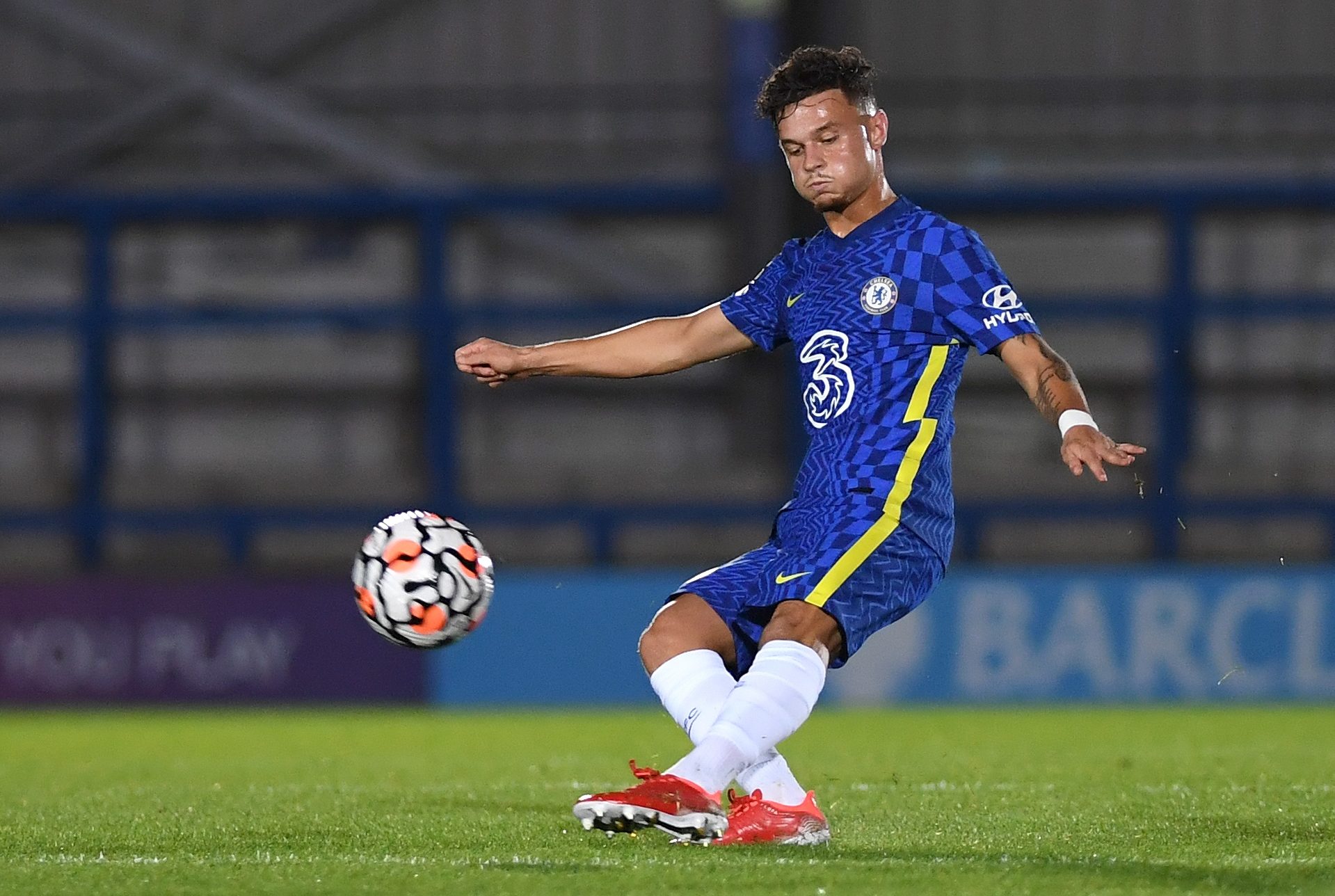 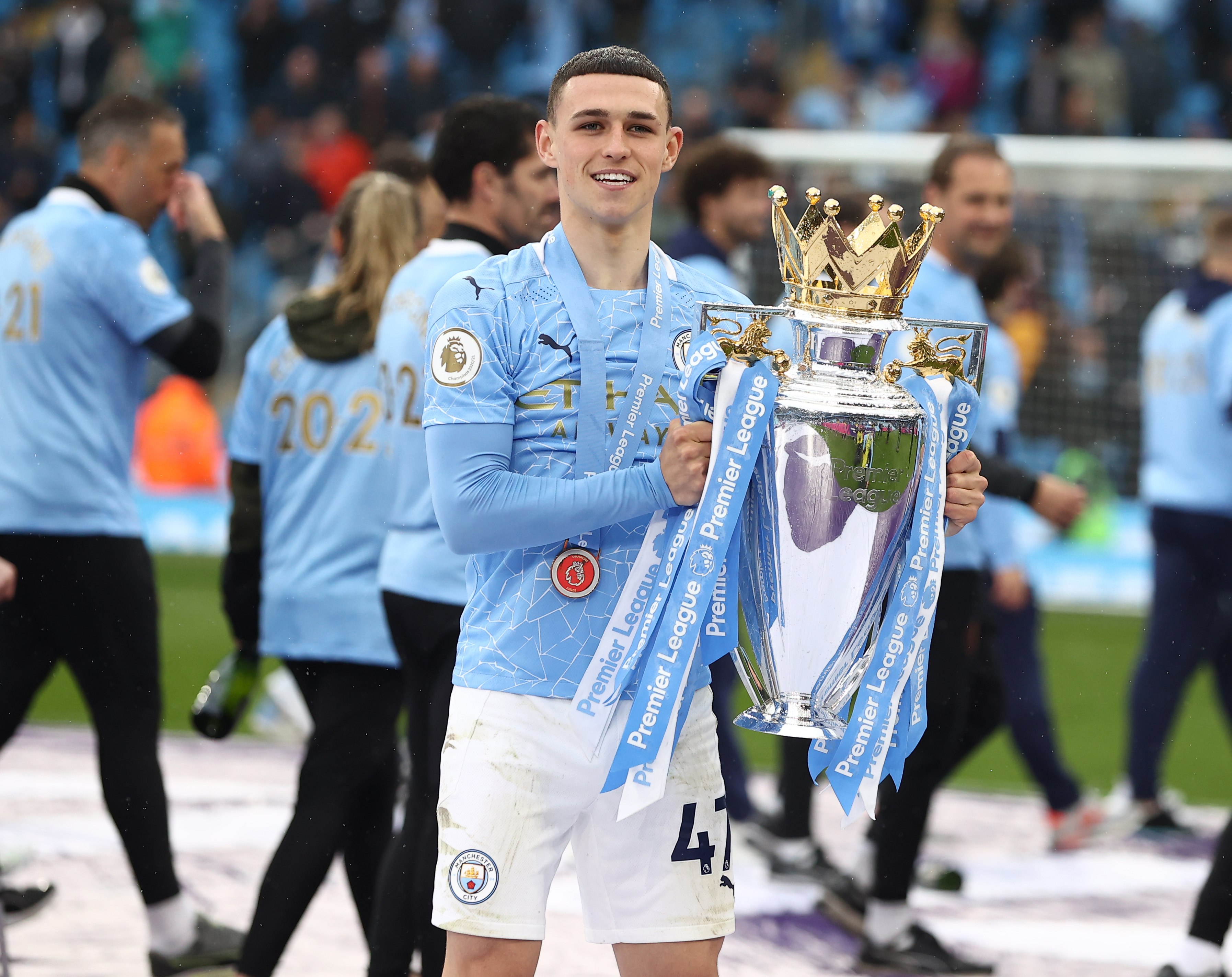 Golden Ball winner Foden, who scored twice in the final, is a favourite of Pep Guardiola’s and is also a regular in the England side under Gareth Southgate.

The star is one of the biggest success stories from the tournament and already has three Premier League titles, an FA Cup and four Carabao Cup medals in his trophy cabinet.

Set to be rewarded with a new six-year contract after helping City to the Champions League final last season as well as the Three Lions to the last two of Euro 2020, Foden is set to become one of the finest talents of his generation.

Was given a first-team debut by Mauricio Pochettino at Tottenham with a substitute appearance in the EFL Cup win over Barnsley, but Oakley-Boothe never went on to make a regular breakthrough.

He struggled with injury problems, which limited his involvement, before leaving Spurs in 2020 without playing in the Premier League for them.

But he has made 18 appearances for Stoke City in the Championship since his departure. 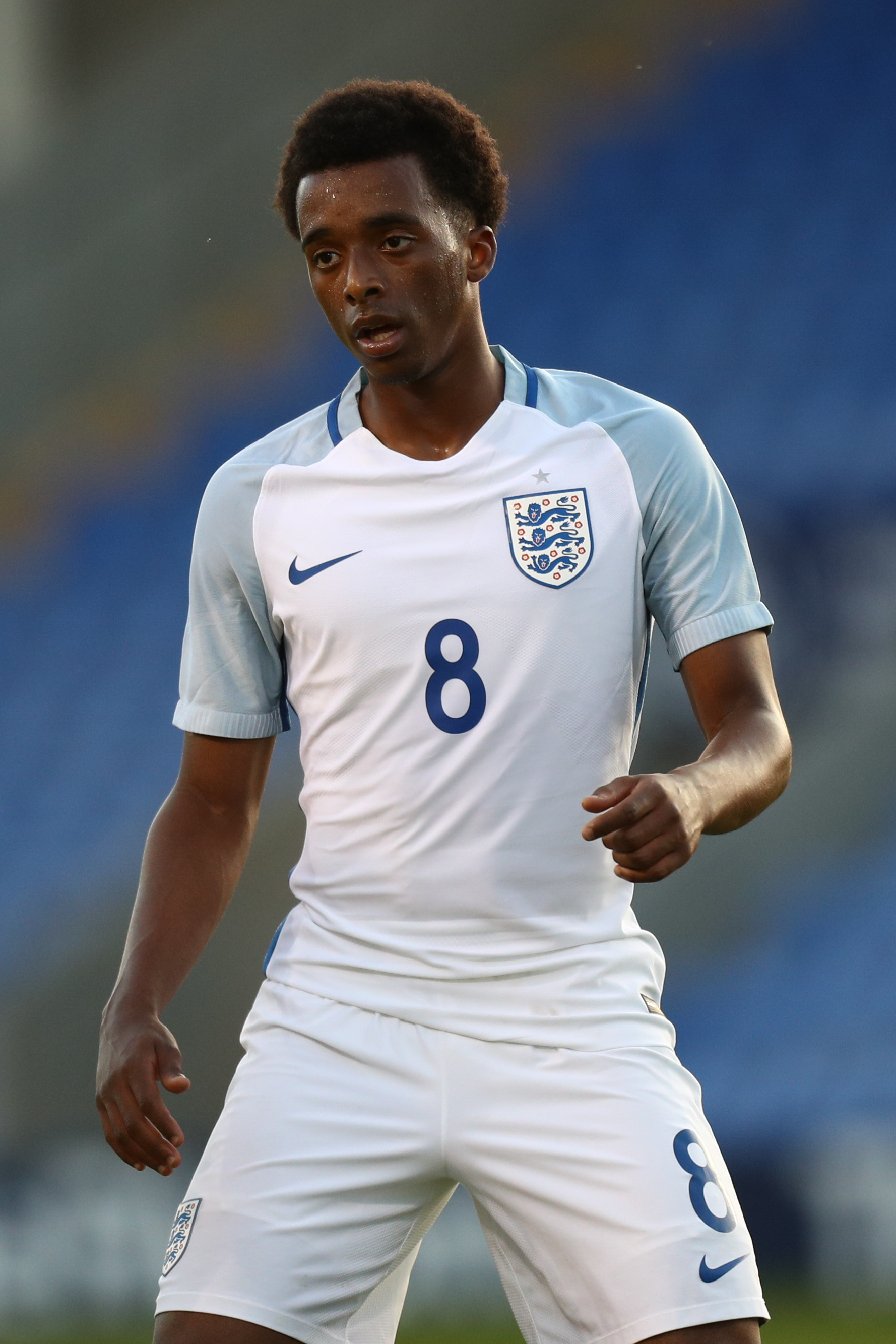 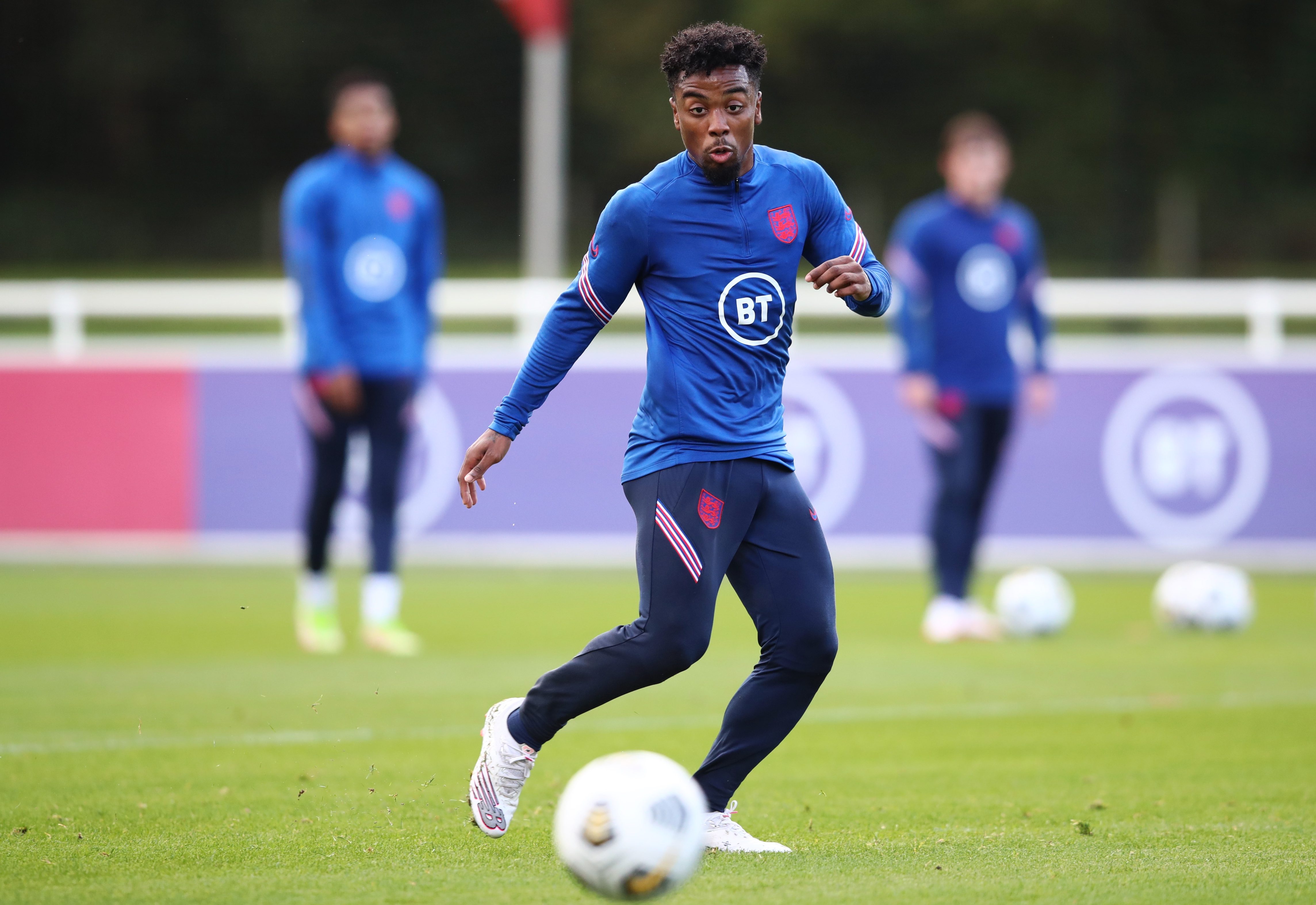 Made his first-team debut before the 2017 World Cup and became the youngest ever Premier League player at 16 years and 263 days old.

Gomes made several appearances after that but it was still not enough to keep him at Old Trafford.

Despite United's best efforts, the now U21 international quit the Red Devils to join French side Lille in 2020.

He is spending this term on loan at Portuguese outfit Boavista on loan.

Another successful product of the squad, Sancho replaced Christian Pulisic in the Dortmund first-team, was named Bundesliga Player of the Month soon earned an England call-up after the World Cup success.

He continued to flourish with the Bundesliga side after quitting Manchester City to join them in 2017.

Now he is back in Manchester after United ended their long-pursuit to sign him this summer for £73m but some are yet to be convinced by his displays at Old Trafford. 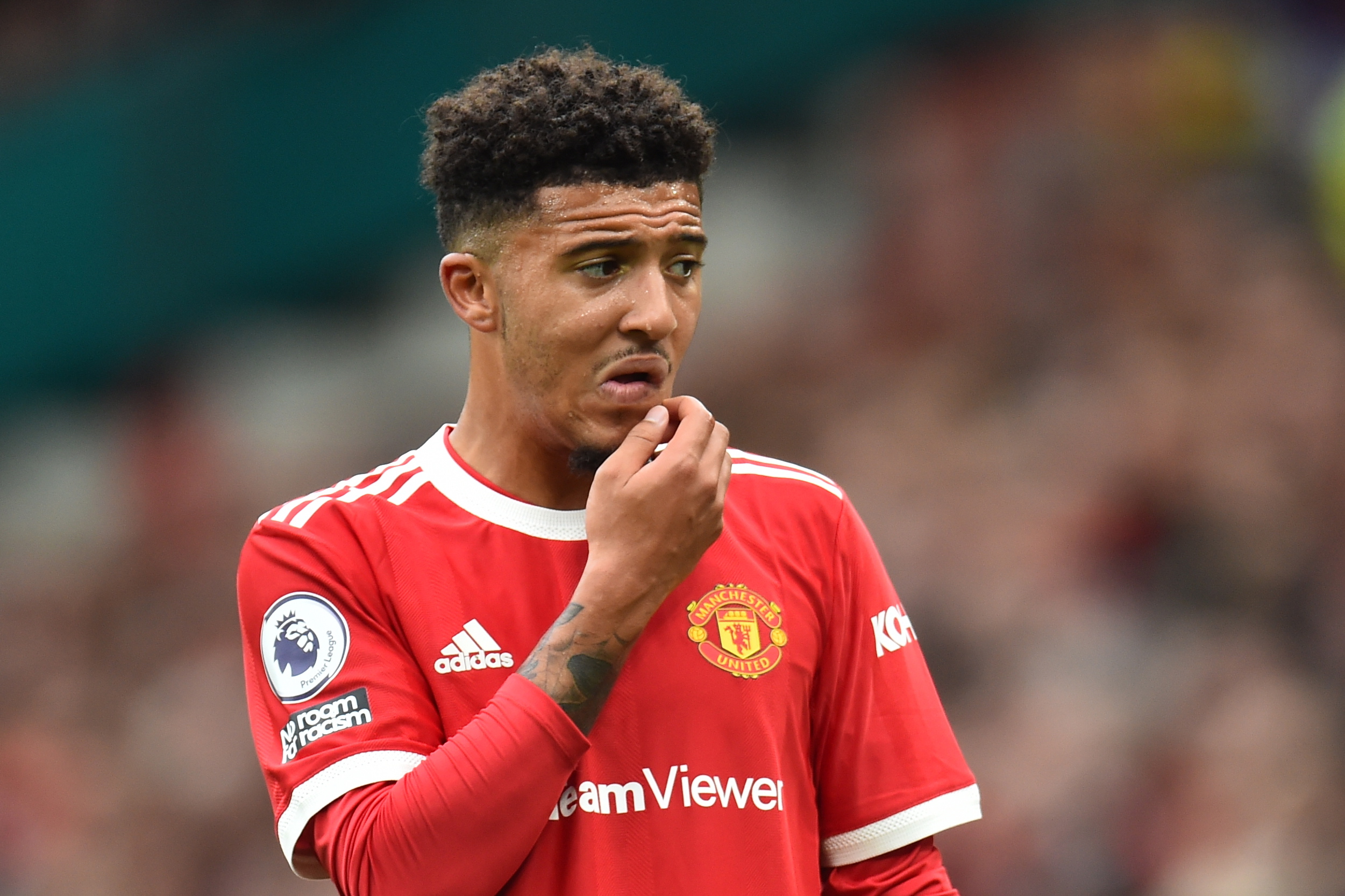 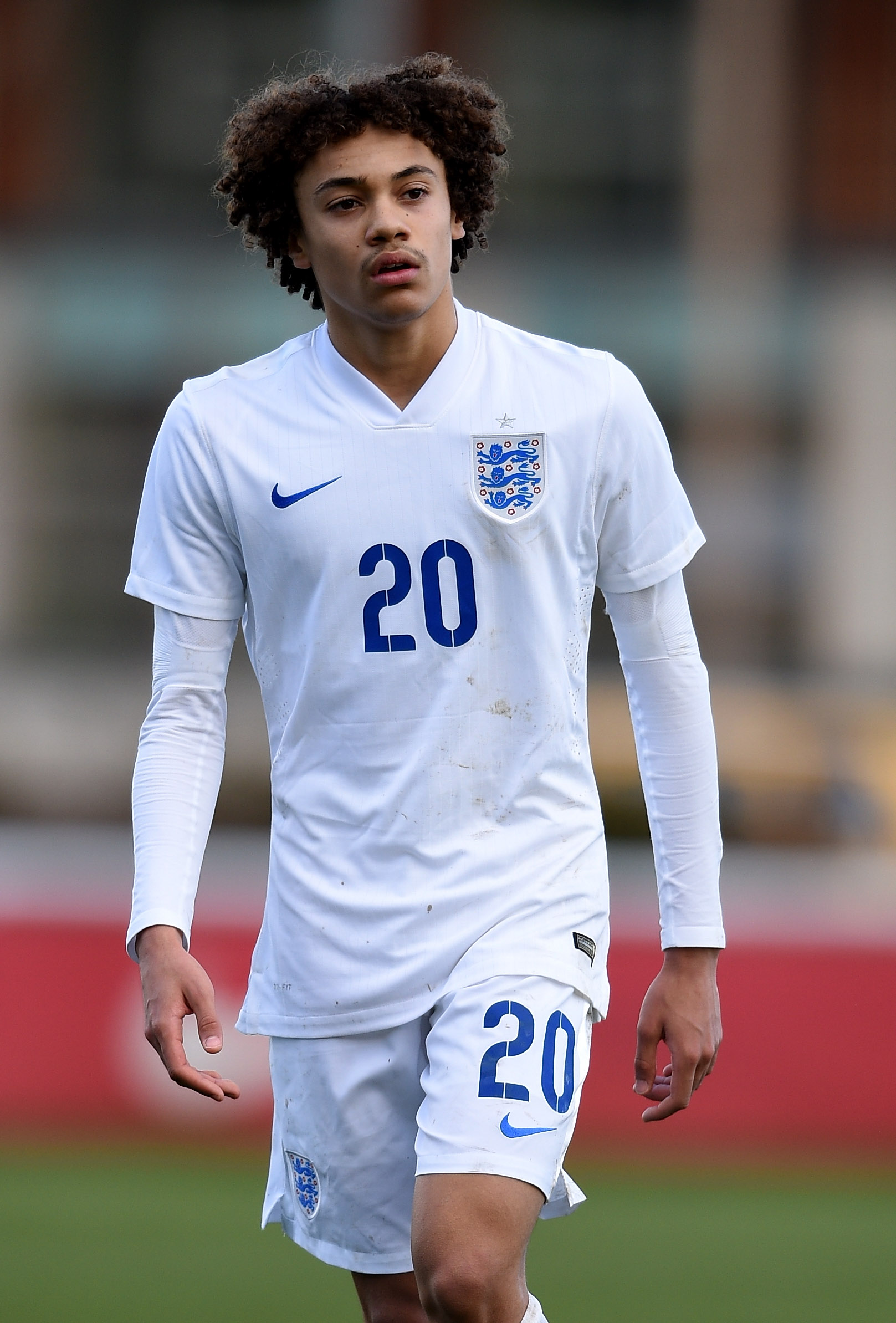 Tottenham academy product Kirby left Selhurst Park in January 2019 in search of first-team opportunities after 18 months without a game.

The midfielder, 21, moved to League One side Blackpool and went on to spend time at Tranmere Rovers last season.

He is still yet to feature for the Eagles in the Premier League.

A key figure in the final, Hudson-Odoi excelled at Stamford Bridge and broke into the Blues first team.

Bayern Munich were soon chasing his services after he broke into the senior England set-up.

But the winger eventually penned a new big-money deal at Chelsea which coincided with his form dropping.

Tasted Champions League success with the club last season but is now struggling to get regular minutes under Thomas Tuchel. 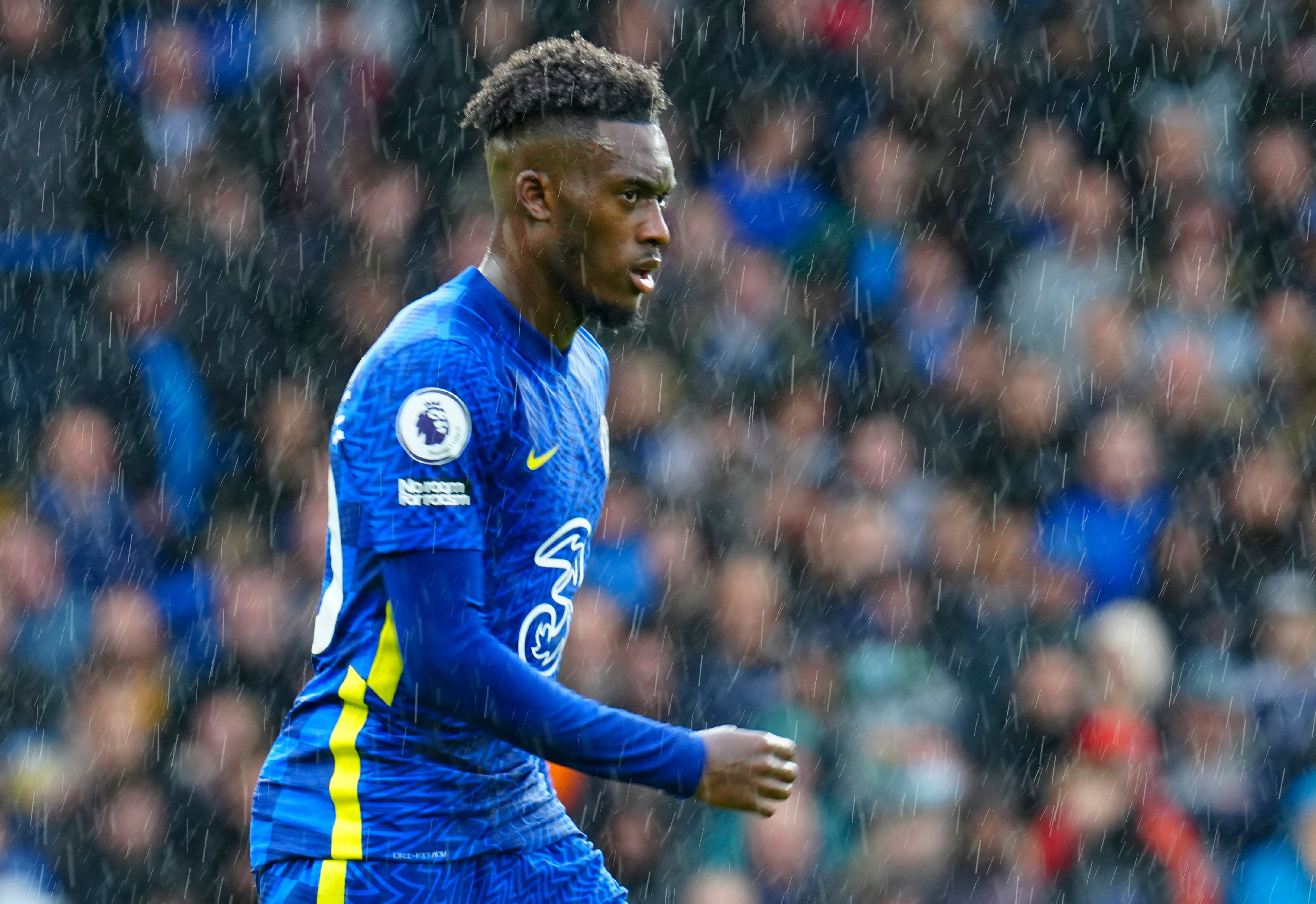 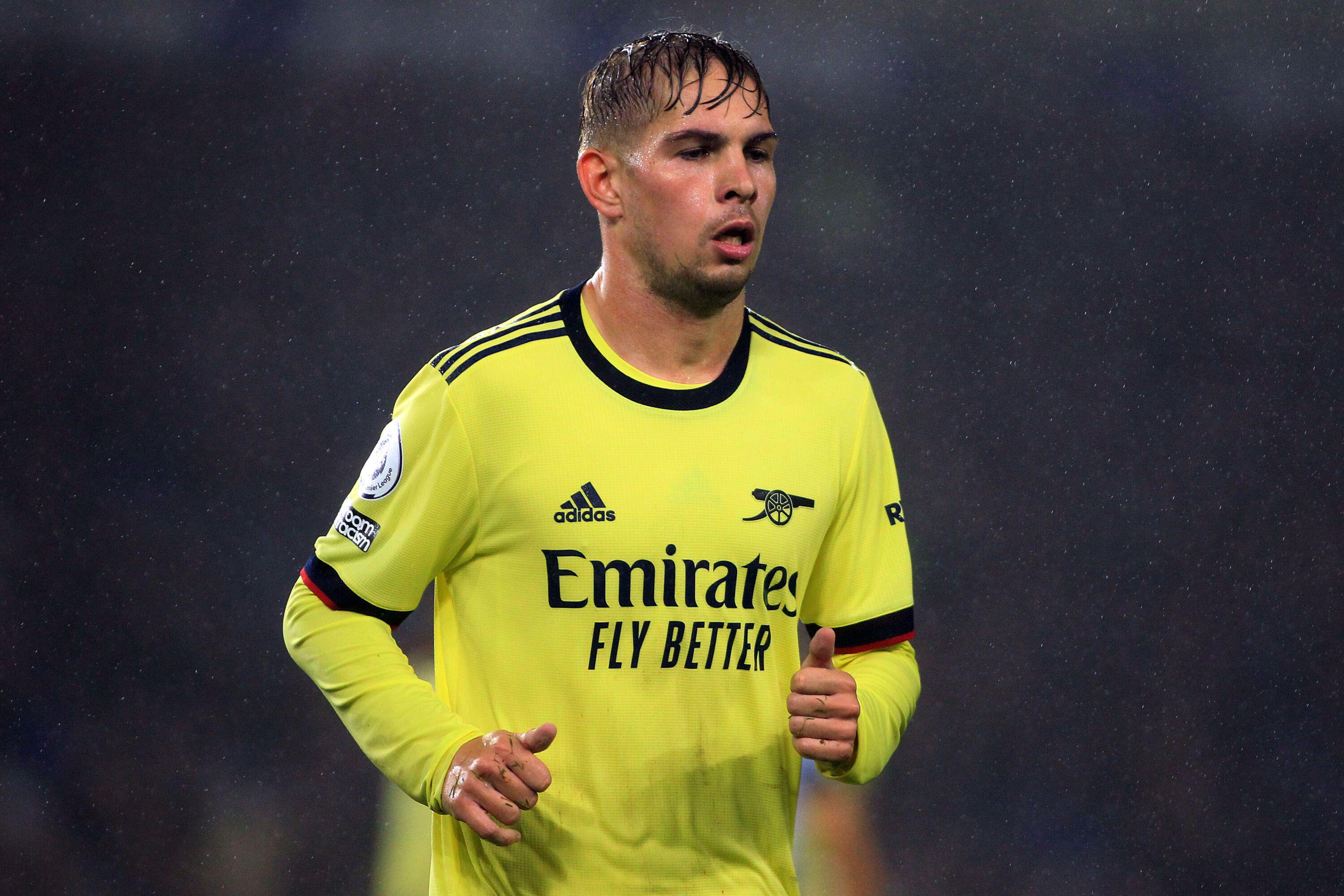 Another huge success story from the World Cup-winning squad.

After loan stints in Germany at RB Leipzig and with Huddersfield Town, the attacker is now a fully-fledged member of both Arsenal's first-team and the England U21 squad.

And Gareth Southgate recently admitted the ace is on the verge of a senior international call-up.

Became an instrumental figure in Nuno Espirito Santo's Wolves team and is another one of the most successful products of the U17s squad.

The midfielder, who scored against Spain in the final, was a regular in the first-team squad but has headed out on loan this term after his game-time was reduced.

The winger, who had a spell on loan at Swansea, is now in the Championship with Sheffield United for the rest of the campaign. 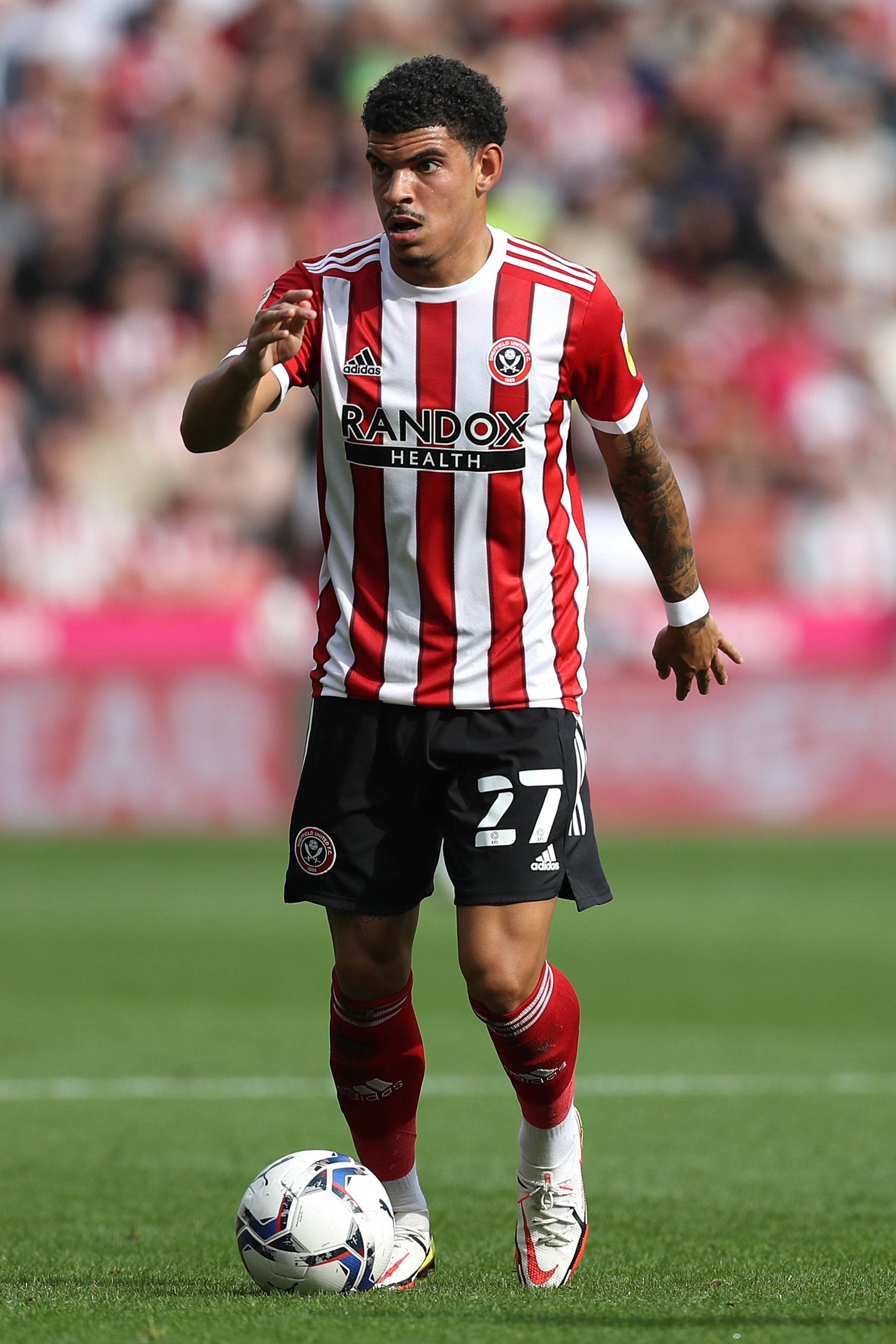 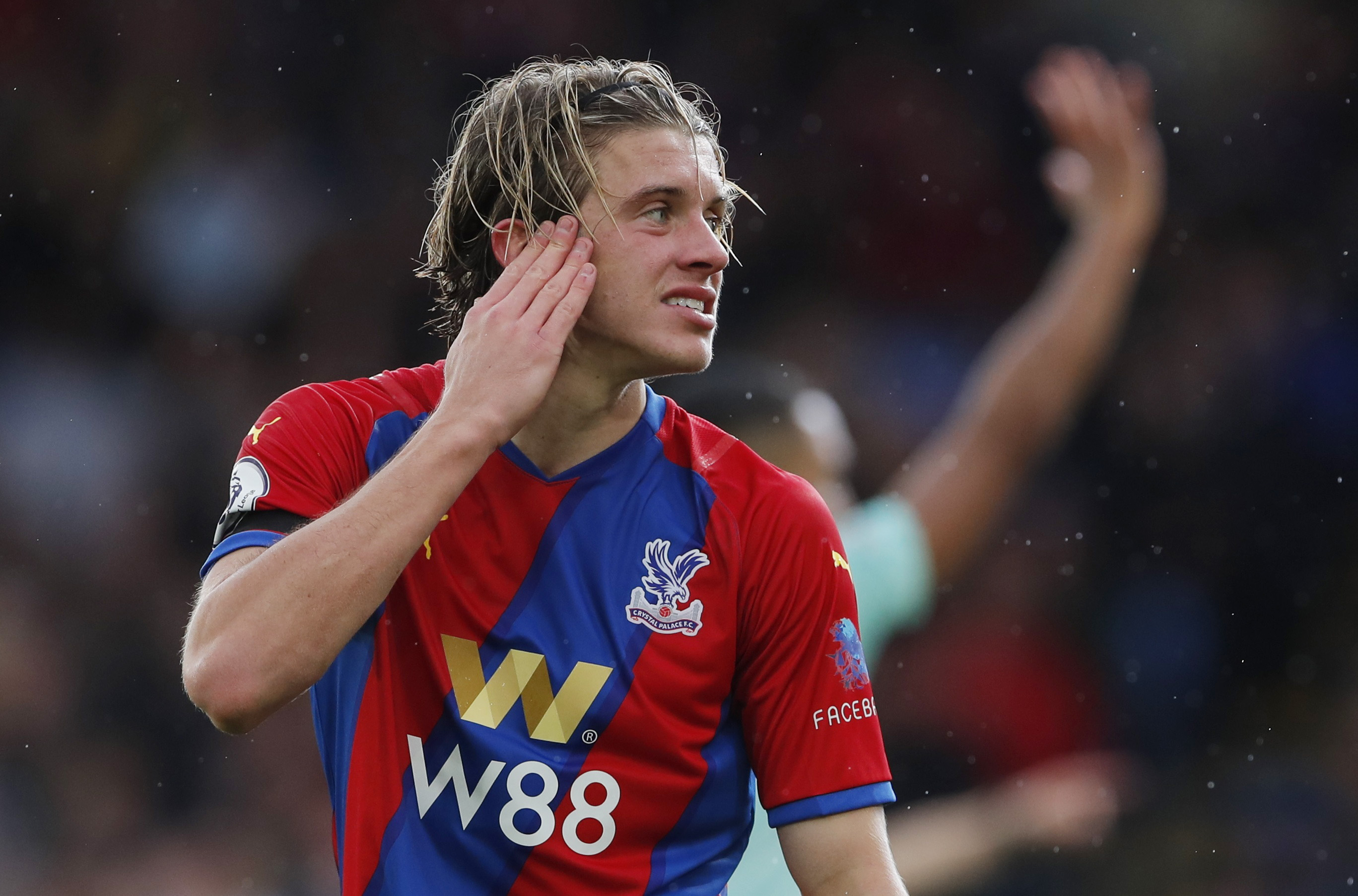 The midfielder is now fulfilling his potential in the Premier League after joining Crystal palace on loan.

The Chelsea youngster is getting more headlines with each passing week under Patrick Vieira.

Stints at Charlton and Swansea gave Gallagher his first taste of senior football after the World Cup success and that was followed by a spell at West Brom last term.

Big things are expected of the England U21 international.

Golden Boot winner and one of the stars of the tournament, Brewster signed a five-year deal at Liverpool but the high hopes they had for him in their first-team never materialised.

Following an injury, he went on loan to Swansea in January 2020 in the Championship and scored ten goals in 20 appearances.

After missing a penalty in the Community Shield following his Liverpool return, Sheffield United forked out a whopping £23.5m but it has turned into a nightmare move.

The striker suffered relegation with the Blades last term and has still not scored a league goal either in the top-flight or second tier in 33 appearances. 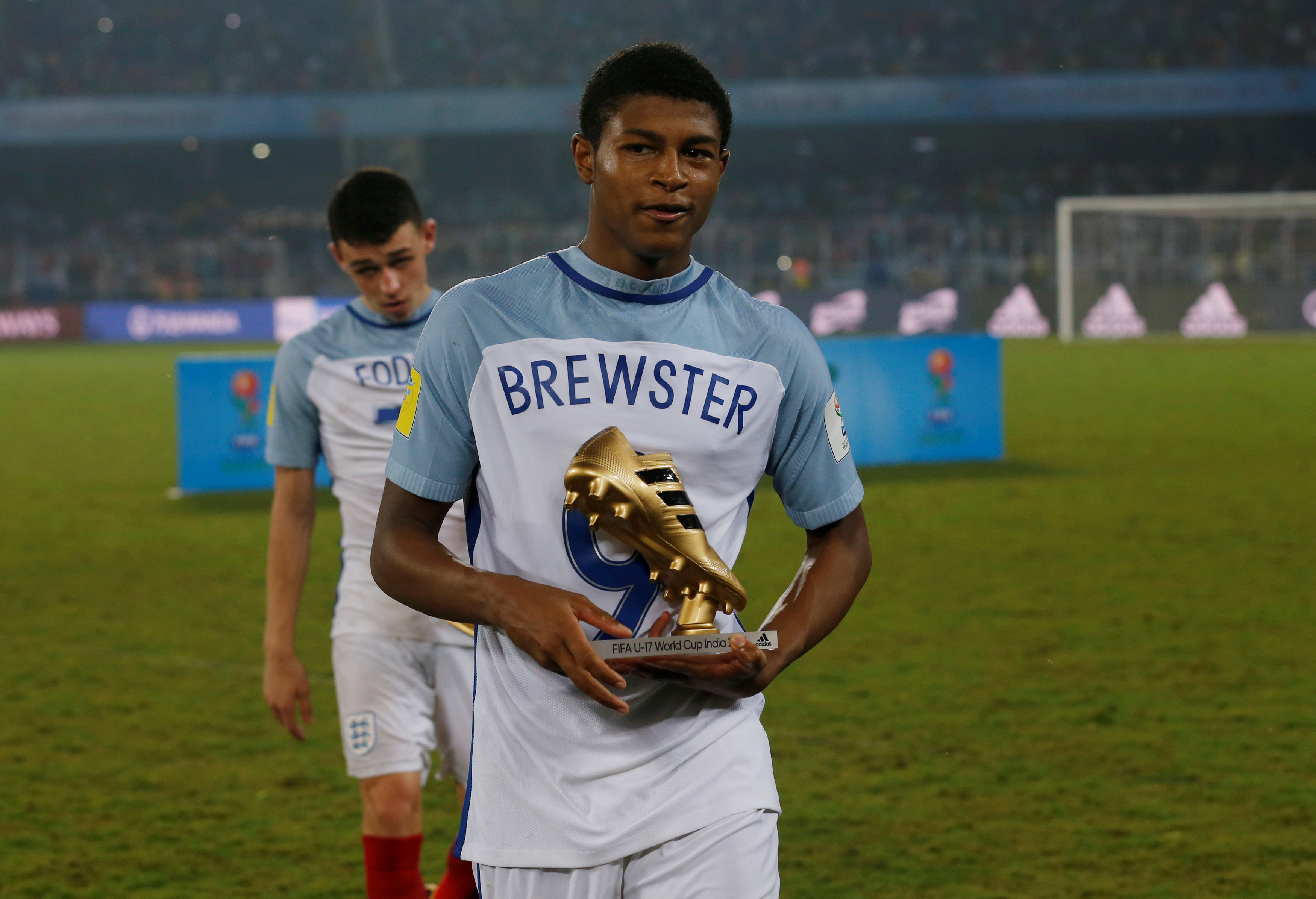 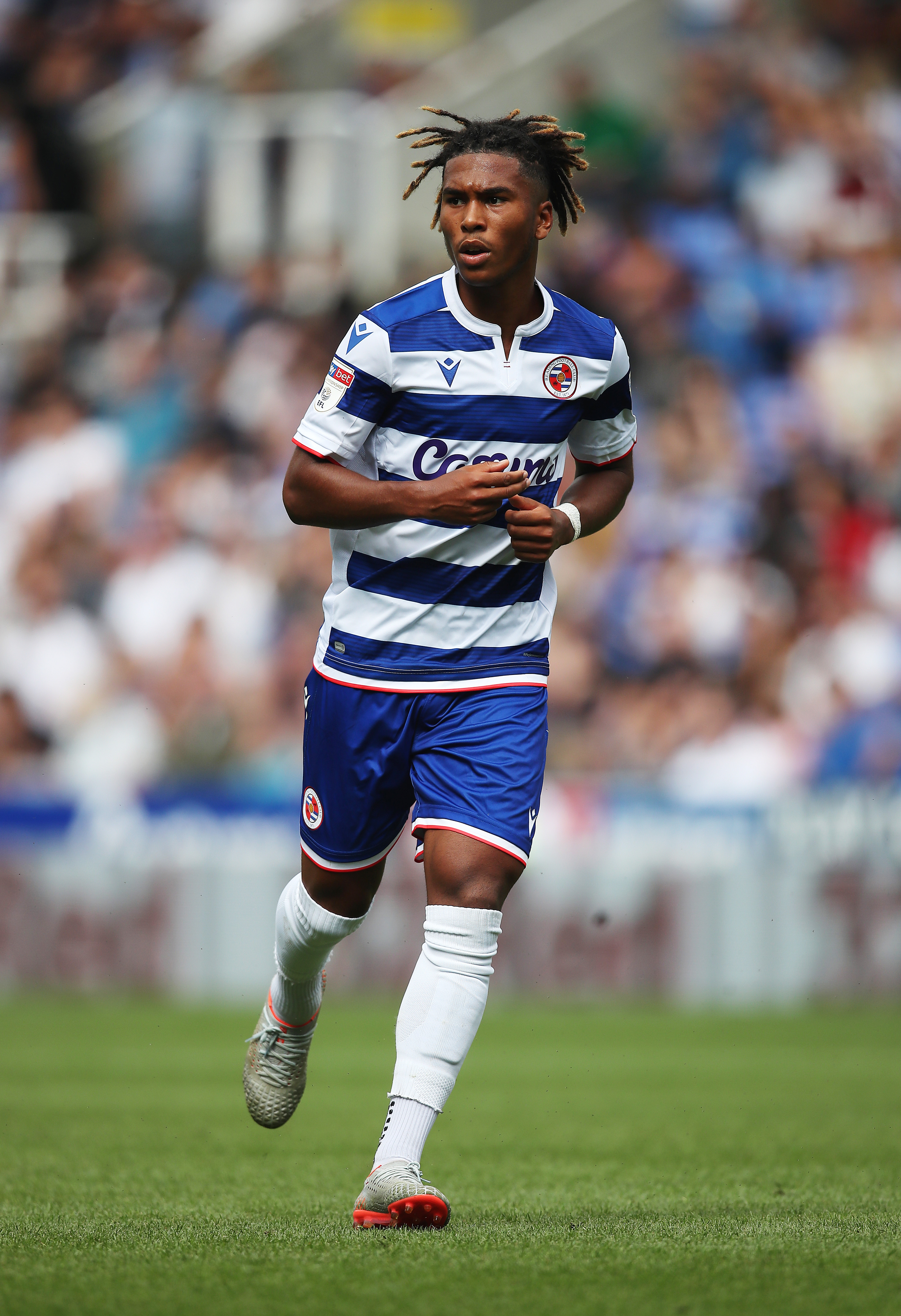 Berkshire-born Loader only scored once in 28 games for Reading after his World Cup success.

But the striker, who was back-up to Brewster in India and managed two goals in two games, caught the eye of Portuguese giants Porto and moved there in 2020.

He bagged nine times for their B side last season but the England U20 international still has not played for the first-team in the league.

Gary Anderson: Darts without fans at World Matchplay would be ‘weird’