GARETH BALE's second Tottenham debut ended in disaster as Spurs threw away a three-goal lead to draw with West Ham.

Tottenham were 3-0 up within 16 minutes of Sunday's match at the London Stadium, thanks to goals from Son Heung-Min and a double from Harry Kane. 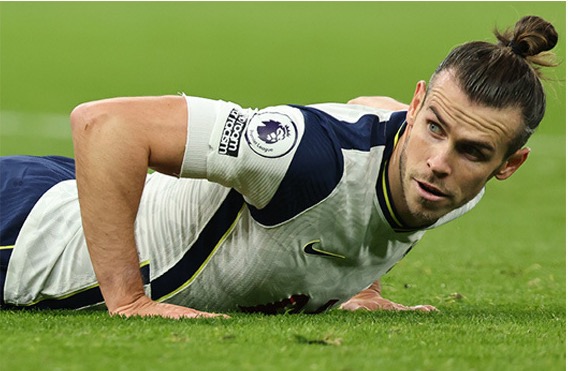 But after Bale's 72nd minute introduction, Spurs contrived to concede three goals after the 82nd minute to gift West Ham a point when they looked to be heading for an easy win.

Bale's first touch of the match came from a 35-yard free-kick, but his left-footed shot bounced straight into the arms of West Ham keeper Lukasz Fabianski.

Shortly afterwards, the Hammers pulled a goal back out of nothing as Fabian Balbuena headed in Aaron Cresswell's free-kick from the left.

Spurs' lead was cut to one three minutes later when Davinson Sanchez turned Vladimir Coufal's cross into his own net.

With the scoreling delicately balanced at 3-2, Bale had a golden opportunity to kill the game off in injury time.

Tottenham's new No9 did everything right as he was played in by Kane down the right, dancing around Angelo Ogbonna and Andriy Yarmolenko to set up a shot on his left foot, but he shot wide from ten yards out.

Then, in the fourth minute of stoppage time, another Cresswell free-kick was headed away by Kane but a wayward touch from Harry Winks fell into the path of Manuel Lanzini, who arrowed a goal-of-the-season contender into the top corner from 30 yards to send West Ham into delirium.

Spurs were second in the Premier League table when Bale came on but had slipped to seventh by the final whistle.

A bit of digging shows Bale's previous substitute appearance in the Premier League also ended with Spurs giving up a lead to draw 3-3.

The Welshman last came on as a sub for Spurs against Wolves in March 2011.

That day, Spurs were 3-2 up but conceded an 87th-minute Steven Fletcher equaliser.