Home » Sport » ‘If all-rounder isn’t performing we shouldn’t have one’: Hohns’ blunt message as Marshes axed

Shaun Marsh’s Test career appears all but over as his brother Mitchell was forced to ponder a blunt admission from national selector Trevor Hohns that the much-vaunted all-rounder role was not working because no one in the country had been putting forward good enough numbers.

Both Marsh brothers were axed as selectors opted for a new-look 13-man squad for two Tests against Sri Lanka in Brisbane and Canberra. 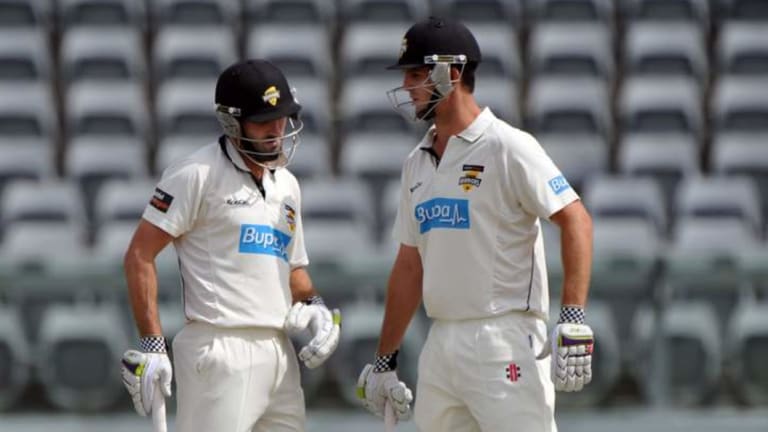 The omission of both Marshes, as well as that of Aaron Finch and Peter Handscomb, is part of a major overhaul of the Test squad that suffered a 2-1 series defeat to India on home soil.

Victorian prodigy Will Pucovski could make his debut at the Gabba in a fortnight’s time while Queenslanders Joe Burns and Matt Renshaw, who have 25 Tests between them, were also the beneficiaries of a refreshed squad.

With only two Tests left against Sri Lanka before the Ashes gets underway in August, Marsh only has the Sheffield Shield to navigate his way back in but at 35 years of age, a “frustrating” run of low scores could be the final straw.

“Shaun certainly hasn't done what we would like him to have done over the last period … I'm sure he would say the same thing,” Hohns said. “As far as the Ashes goes that's a little way off. He now has an opportunity in one-day cricket to get some form back and then we will worry about that when the time comes. The door is certainly not closed.”

The younger Marsh has fallen from being named one of two new Test vice-captains less than four months ago to being out of the picture altogether.

There was speculation Marcus Stoinis may have been included in the squad but Hohns said it was futile to pick an all-rounder for the sake of it.

“If the all-rounder isn't performing and you don't have a good all-rounder, well maybe we shouldn't have one and go back to the stock standard six batsmen and four bowlers,” Hohns said. “But if you have a match-winning all-rounder, they're like gold. If we can unearth one, that'd be fantastic.”

With Mitchell Marsh now out of favour, Hohns said a review would take place to find a second vice-captain alongside Josh Hazlewood.

Meanwhile, the Sheffield Shield’s leading run-scorer, Matthew Wade, was unable to be squeezed into the squad despite scoring 571 runs at 63.44 this season.

Hohns said Wade, who has batted at No.6 in his 12 innings this season, should be higher up the order.

“If Matthew wants to be considered as a straight-out batsman it would be nice to see him batting a little higher up for Tasmania and that conversation has been had,” Hohns said.

Glenn Maxwell, a regular omission from Australian Test sides, once again missed out on selection and Hohns refuted suggestions his continued absence was personality related.

“There is nothing to do with that at all,” Hohns said. “Sure, when we look at teams now we obviously take into account players’ characters but I can assure you there is not an issue whatsoever.

“Glenn hasn’t played Test cricket for us for a while and I guess right here and now we are wanting him to focus on white-ball cricket with the World Cup coming up.”

Four members of the new Test squad (Burns, Marnus Labuschagne, Pucovski and Renshaw) have also been included in a Cricket Australia XI to take on Sri Lanka in Hobart.

The three-day match beginning next Thursday serves as an audition for the Test hopefuls to make a big score and demand selection.

“We are seriously using this game for those purposes,” Hohns said. All The Boys Coming To Netflix In February! Mama June Tells Her Kids She Misses and Loves Them Nene Leakes’ Husband Allegedly Cheated on Her and Knocked Up His Mistress
We and our partners use cookies on this site to improve our service, perform analytics, personalize advertising, measure advertising performance, and remember website preferences.Ok