TRANMERE host Watford as they look to cause a big upset to set up a potential FA Cup 4th round tie at home to Man Utd.

Micky Mellon's side came back from 3-0 down to force a replay against the Hornets in a famous comeback at Vicarage Road. 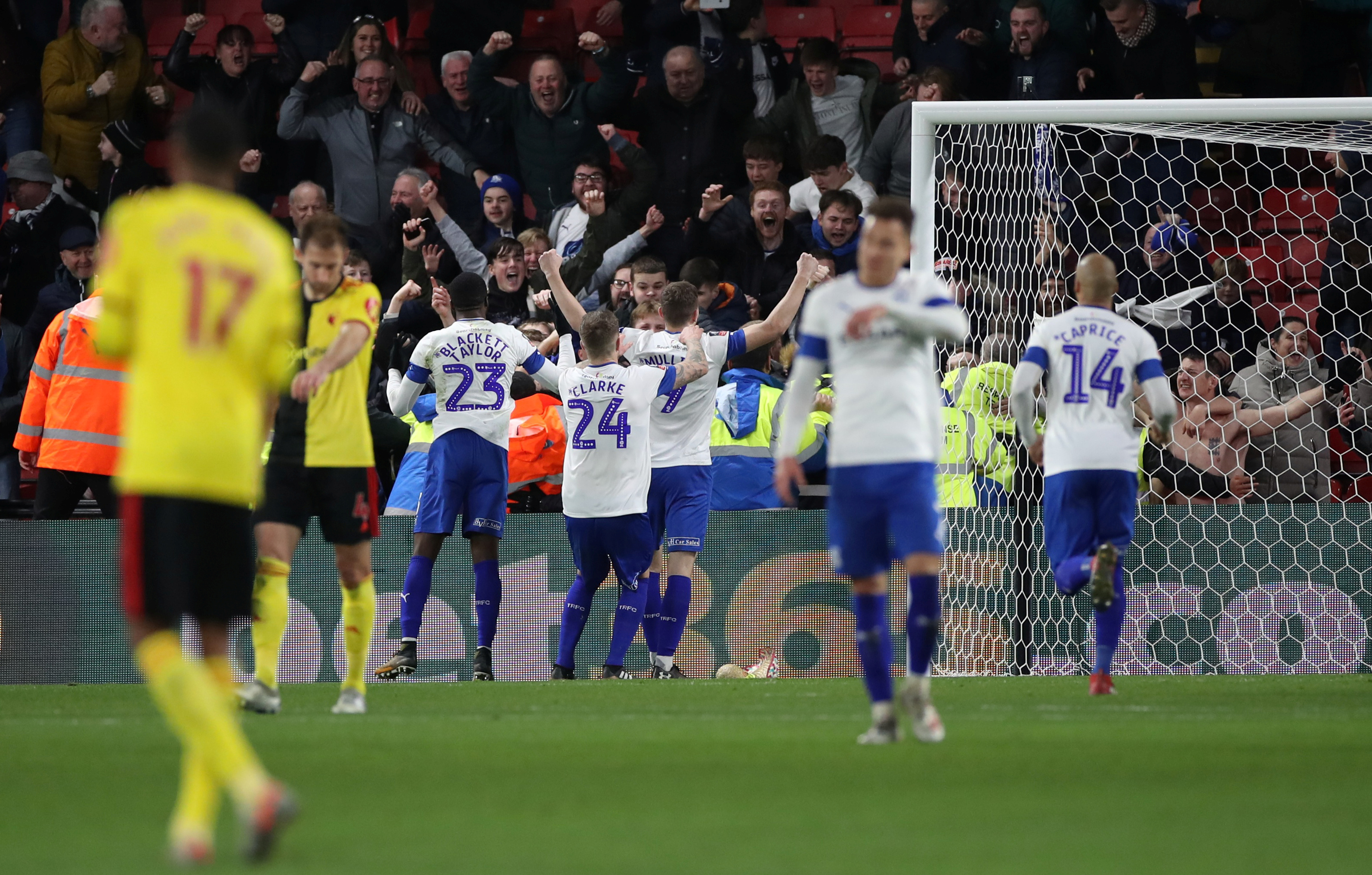 And if they finish the job at Prenton Park they will have a fourth round TV date with either Nuno Espirito Santo's Wolves or Ole Gunnar Solksjaer's Red Devils.

What time does Tranmere vs Watford kick off?

It will be played at Tranmere's home – Prenton Park, Birkenhead.

Is Tranmere vs Watford on TV and can I live stream it?

Unfortunately, Tranmere vs Watford is not on live UK television.

BBC have chosen to show Tottenham vs Middlesbrough as their Tuesday night match, while BT Sport will show Man Utd vs Wolves the following day.

What is the latest team news?

Watford are set to ring the changes once again as Nigel Pearson focuses on Premier League survival.

The Hornets made nine changes to their line up for the game at Vicarage Road.

And Pearson's three substitutions for that game were all enforced ones as Nathaniel Chalobah went off injured and Domingos Quina and Bayli Spencer-Adams came down with cramp.

Christian Kabasele will definitely miss out for Watford through suspension but Roberto Pereyra will be available after his red card in the first match against Tranmere was overturned.

Cameron Borthwick-Jackson will be unavailable for hosts Tranmere after being recalled by Manchester United.

Watford manager Nigel Pearson: "We will give the game the respect it deserves, but I can't say it is the priority because it is not the priority for us.

"I have to prioritise our status in the Premier League."

On whether the game will go ahead, Pearson said: "I know you are speculating about the game going ahead, but that is not for us to think about.

"For us we travel, we play and we try to win.

"If the game is in doubt, I can't do anything about that."

Tranmere manager Micky Mellon: "There's an awful lot riding on it but we won't get too far ahead of ourselves.

"We have to respect the fact we are playing against a Premier League team.

"We know that it will be very, very difficult to knock Watford out.

"We know what the size of the prize is for the team that goes through so it's everything to play for, and a big night for Tranmere which we'll all enjoy being involved in."

What are the latest odds?

Despite their slip-up at Vicarage Road and the likelihood of Pearson naming a fringe xi, Watford are strong favourites at Prenton Park.

Latest odds from Ladbrokes are as follows*:

*Odds correct at time of publication