THE Flat is back in style today.

ITV racing carries all the live action – here SunSport tipster Templegate takes you through it all with a pick in each televised race. 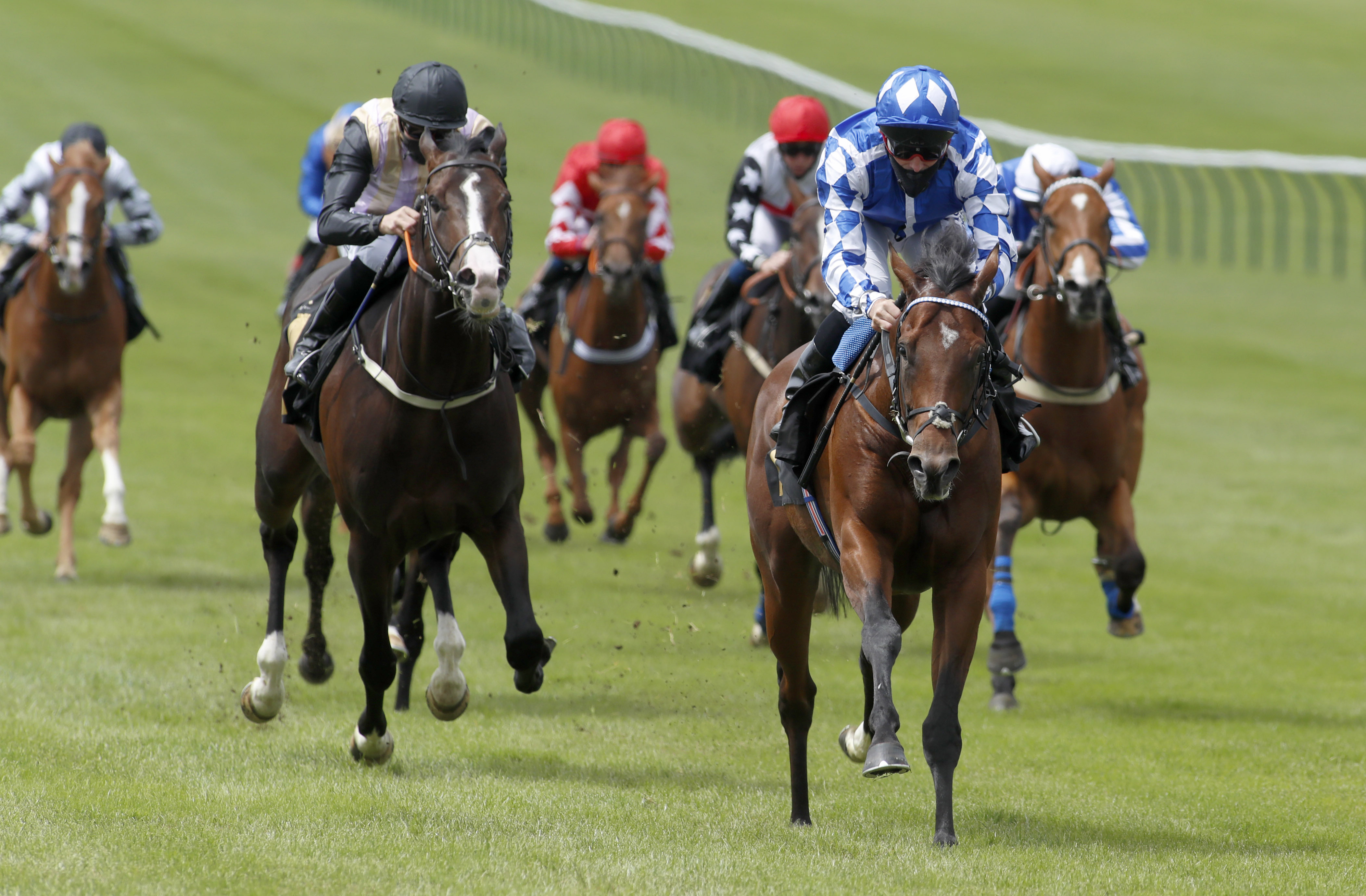 MONTATHAM improved last season and showed his best over this trip, with a second in the Royal Hunt Cup and a big-field win at York.

This straight mile is ideal and he looks well up to Listed class. Bounce The Blues could be the rising star in the field after her close second in the Rosemary Stakes at HQ. She needed a couple of runs to get going last season but has already scored at this level.

Space Traveller was just four lengths behind Circus Maximus in the Queen Anne on his sole start last year. That’s hot form and this is his ideal trip. Roger Varian does well in this race and his Father Of Jazz was a fair third in the Winter Derby latest. It will be interesting to see how he gets on dropping back in distance here.

Juan Elcano has run his best races over a mile including when fifth in the Guineas. This is a real drop in class. Top Rank has a Group 3 win on his CV and won first-up last season.

Shaped well when third after a break at Newcastle last time. He has scored over course and distance and is just 1lb above his last win. He should go close. Arctic Vega enjoyed going up to a mile when winning on the AW last time. She can build on that and her rider’s 5lb claim is an asset. Poet’s Lady could have a say if improving on her second at Hamilton which has worked out well. Mostawaa could make a bold bid from the front under SDS and had lots in hand when winning at Kempton latest. Dubai Souq only raced once last season but has been kept going by Godolphin and could come good over this trip. Acquitted is another with more to offer.

Selection ended last season by winning a hot handicap over 7f here and that track experience is a big help. Stepping up to a mile looks a wise move and his excellent young jockey is good value for his 7lb claim. He looks hard to beat for Team Gosden. Eastern World has a penalty for winning in Dubai last month. He ran well over this trip at York and Newmarket last season and is another with more to offer but is creeping up the weights. Ascension chased home Dashing Roger at Leicester last time in October and they both look overpriced to hit the frame. Born To Be Alive is in the form of his life and won the trial for this on the AW last time. He can’t be ruled out. Brentford Hope has shown his best on soft but was impressive at Haydock latest. William Haggas likes this race and his Johan is a threat over this trip.

Can swoop late to take this wide open contest. He was flying at the finish over C&D in November when a close-up fourth. If he gets going a bit earlier he can hit the frame at a big price. Brando is the classiest in the contest but may need this comeback. Just Frank did well as a 2yo last season including a big sales win at HQ. He was second here latest and has more to offer. Summerghand is fit from the AW and went close in a hot handicap latest. He likes Donny and is a threat along with evergreen Mr Lupton who was a cracking third in the Ayr Gold Cup last term.

GLOBAL GIANT will find this a lot easier than the £7m Saudi Cup he was 12th in last time. But that run last month means he’s fit and ready for this more realistic contest. This trip suits and he already has a couple of Listed prizes on his CV. Faylaq hasn’t been the easiest horse for William Haggas to train and he ran just twice last season. He was last seen finishing sixth in this class at Newbury in July and ran well on his latest visit here in 2019. He is likely to need this comeback run. Sky Defender has been running in decent handicaps this spring and got the worst of a barging match here last time. His losing run is mounting up and he needs a personal best. Veteran Stormy Antarctic was second in a French Group 1 last July but failed to build on that. His best form has been over shorter.

Looked more than a handicapper in the making when scoring at Lingfield in December. It was hands and heels only as he got the better of a useful field. That made it three wins on the spin and he looks the type to improve plenty in his four-year-old season. Dark Pine had loads in hand when scooting in at Wolverhampton last month. This extra couple of furlongs should help and he deserves this hike in grade. United Front was unlucky not to win at Chelmsford last week when the middling pace didn’t help. He earlier lagged in at Newcastle and looks on a fair weight. Almighwar landed a couple of novice wins here last summer before he failed to fire on his handicap debut after a break in October. He’s clearly capable of better than that — he’s bred to be high-class — and could be ahead of the handicapper thanks to a 2lb drop. Master The Stars is consistent on the all-weather and was less than two lengths behind the winner here earlier this month. He got bumped at a crucial stage and has an each-way shout under Luke Morris.

HUDSON DE GRUGY was impressive when scoring on handicap debut at Sandown last time. An 8lb rise looks fair and this slightly longer trip should help too. There’s more to come. Similar comments apply to improving Good Ball who won here in December before a good second. He has a fair mark for this step into handicap company and looks a big danger. Sometimes Always can outrun his odds. He went well for a long way in a hot contest at Sandown after winning three on the spin. He’s a proven stayer. Hooper was helped by his main rival falling when scoring last time but he’s consistent and is another with more to offer.

Was a cracking second in the Lanzarote Hurdle at Kempton in January before a solid Grade 2 effort at Sandown last time. She gets on well with Lorcan Murtagh and his 3lb claim will come in handy. Marada is on the upgrade and had lots in hand when scoring at Huntingdon. This is tougher but she shapes as though this step up in trip will suit. Kilmington Rose goes the other way in distance after not quite getting home at Wincanton. It was still a fair run and she can take a step forward. Rose Of Arcadia has few miles on the clock and battled well to win latest. That form has been franked and she’s another with more to offer. Nicky Henderson runs Lily Pedlar who showed some promise when second at Taunton. This isn’t the easiest race for a handicap debut but she is on a handy mark and should find more. Little River Bay was pulled up last time but was progressing well before that and could bounce back.