HE is struggling to adapt in a dysfunctional team, in an unfamiliar league, and has already worked for three different bosses in five months as a Manchester United player.

No wonder Jadon Sancho looks as though he is playing with a scrambled mind. 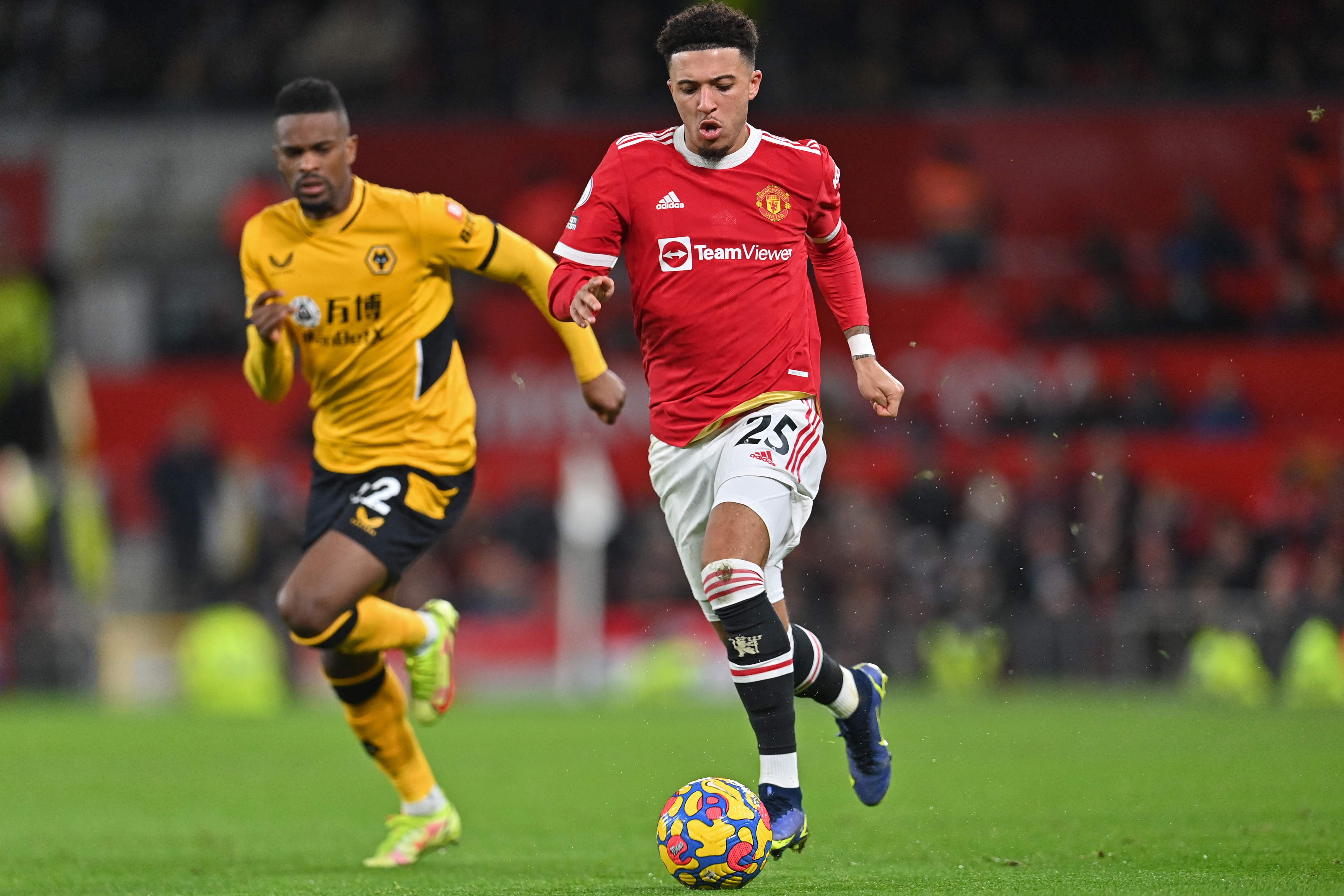 Even a £73million signing needs and deserves some patience and understanding.

And yet half a season into his Old Trafford career, Sancho is showing few signs of settling, having managed just one goal and no assists in 16 Premier League appearances.

During United’s miserable 1-0 home defeat by Wolves on Monday – their first loss under interim boss Ralf Rangnick – Sancho was the worst of a bad bunch.

He was guilty of poor decision-making and misplaced passes as he frequently lost possession – most glaringly when he led a United break but ran into traffic when Cristiano Ronaldo was waiting unmarked for an early scoring opportunity.

This is an instinct player, renowned for his pace, dribbling and take-ons, seemingly playing with the weight of the world on his shoulders.

United pursued Sancho for 18 months but there were always doubts over whether he was the major recruit they truly needed – certainly when the club’s defensive midfield department is so glaringly lacking in quality.

And while the subsequent marquee signing of Ronaldo may have been seen as a welcome limelight-deflector, allowing Sancho to settle, it has only appeared to confuse matters for the rest of United’s attacking players.

Sancho was rightly lauded for his pioneering courage in leaving Manchester City and heading to Borussia Dortmund at the age of 17.

In 104 Bundesliga appearances for Dortmund, Sancho averaged a goal or assist every 90 playing minutes – totalling 38 goals and 45 assists.

Yet aside from perennial champions Bayern Munich, the quality of opposition in the Bundesliga is on the slide. It provides nothing like the competitive depth of England’s top flight.

Sancho’s stats in German football, though staggering, may also be seen as flattering.

Despite being capped for the seniors at 18, Sancho has netted only three times in 23 appearances for England – two of them in one crazy qualifier against Kosovo in 2019 – and he has rarely had a genuine impact.

During the Euros, while the spirit in England’s squad was outstanding, Sancho was the only one of the 26 players said to have grumbled inside the camp about his lack of game time.

Sancho’s cause was taken up by German pundits and former players, with Lothar Matthaus claiming he should be given a passport by his adopted homeland if Southgate continued to neglect him.

Yet England defeated the Germans without him, and after a decent display in his one tournament start, the 4-0 quarter-final drubbing of Ukraine, Sancho remained on the bench until the last seconds of the final. 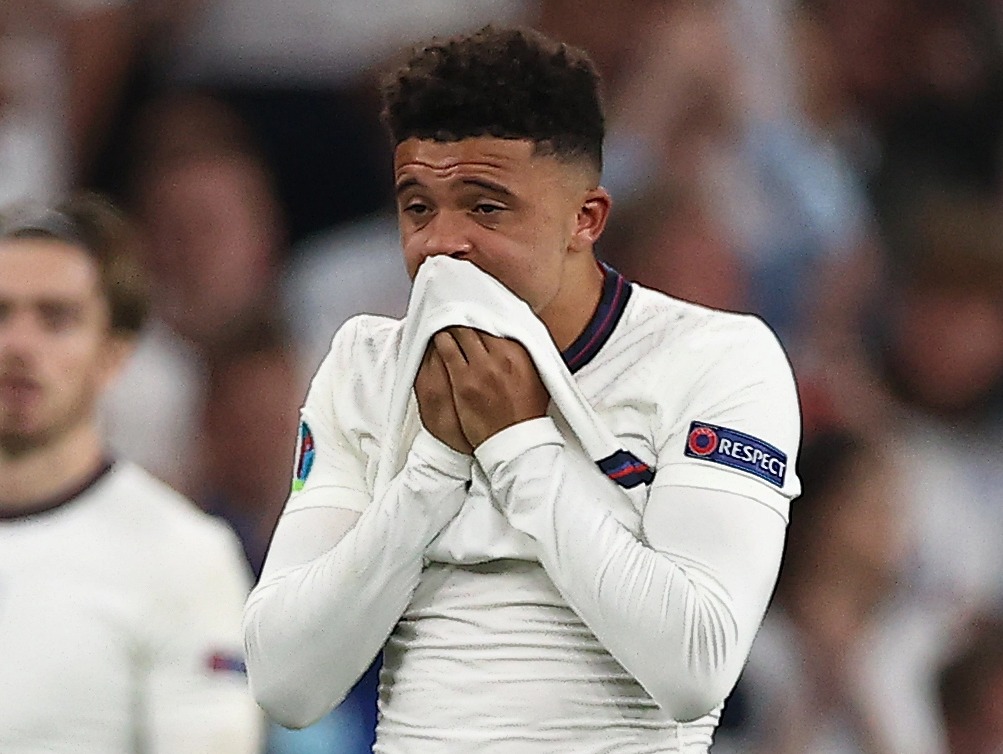 Then, he was sent on ‘cold’ to take a shoot-out penalty which was saved by Italy’s Gianluigi Donnarumma – a trauma which shouldn’t be underestimated.

The summer was a distracting time for Sancho, whose move from Dortmund to Manchester was being concluded during the tournament.

And while Southgate selected him for England’s squad for the October internationals, despite admitting he probably didn’t deserve his selection, Sancho was axed for the most recent international break in November.

Other wide players – including Bukayo Saka, Phil Foden and Jack Grealish – have now overtaken him in the England pecking order.

Sancho was far from the only player to suffer during the tortured final weeks of Ole Gunnar Solskjaer’s United reign.

He enjoyed his best moments for United – including both of his goals – during the three-match caretaker stint of Michael Carrick.

The arrival of a German, in Rangnick, must have seemed a potential boost for Sancho.

Yet he has looked increasingly lost in the interim manager’s 4-2-2-2 formation, which does not suit his obvious strengths as a genuine winger.

Still only 21, and still new to Premier League football, Sancho may only be experiencing a blip in his progress towards greatness.

But the longer he takes to truly influence games in a United shirt, the more we will wonder whether his switch to Old Trafford was the wrong move, for the wrong player at the wrong time.

Royal Ascot tips: Who should I bet on in the 3.05pm Jersey Stakes at Ascot today?