Jacksonville Jaguars owner Shad Khan says Urban Meyer will have to “regain our trust and respect” after several videos surfaced over the weekend showing the head coach behaving inappropriately at a bar following the Cincinnati Bengals game. 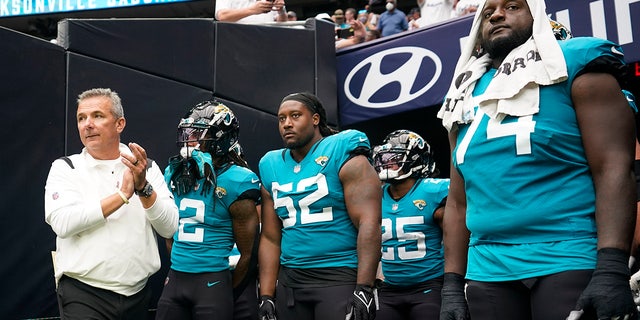 Meyer traveled to Columbus following Thursday’s loss to visit his grandchildren when a video appearing to show a young woman dancing close to his lap as he sat on a barstool went viral on social media.

He issued an apology on Monday saying he “should have left.”

“There was a big group next to the restaurant and they wanted me to come over and take pictures and I did,” Meyer, who is married, explained. “And they were trying to pull me out on the dance floor, screwing around and I should have left.” 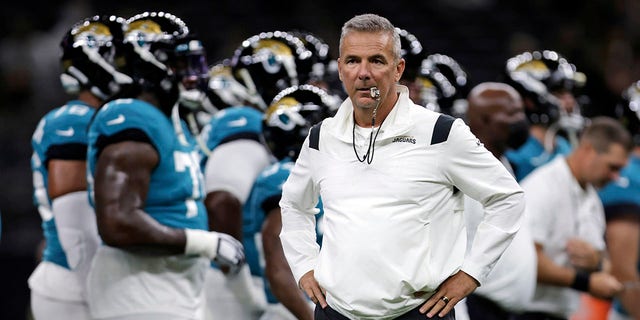 “It was stupid, so I explained everything that happened and owned it. Just stupid. I should not have myself in that kind of position.”

But shortly after issuing an apology, another video surfaced that appeared to show Meyer groping the same woman’s bottom. 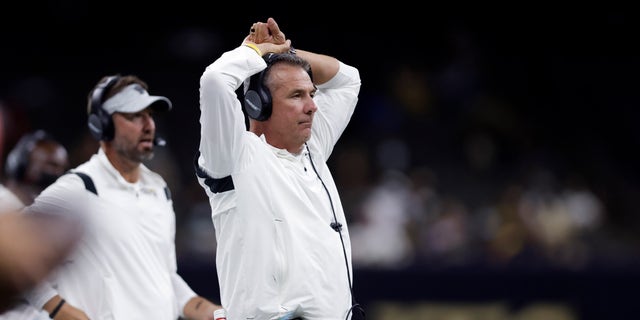 Jacksonville Jaguars head coach Urban Meyer reacts to a turnover in the second half of an NFL preseason football game against the New Orleans Saints in New Orleans, Monday, Aug. 23, 2021. (AP Photo/Brett Duke)

Meyer was nearing the hot seat long before the incident this past weekend. The Jaguars are 0-4 this season as rookie and former No. 1 overall draft pick Trevor Lawrence struggles to find his footing.

Khan finished his statement saying that is “confident” that Meyer will be able to regain the team’s trust and respect.