Good to be back? James Maddison hugs Callum Wilson and Phil Foden as he trains with England for the FIRST time at the World Cup to give Gareth Southgate a much-needed boost ahead of crunch clash with Wales

James Maddison has trained with his England team-mates for the first time at the World Cup in what will be a timely boost for Gareth Southgate heading into their final group game against Wales.

Maddison has been nursing a knee injury sustained in Leicester’s final Premier League fixture before the World Cup break but is now training with the rest of the group.

Southgate revealed earlier this week that the midfielder may return for the final Group B clash against Wales after he trained alone in a bid to expedite his recovery. 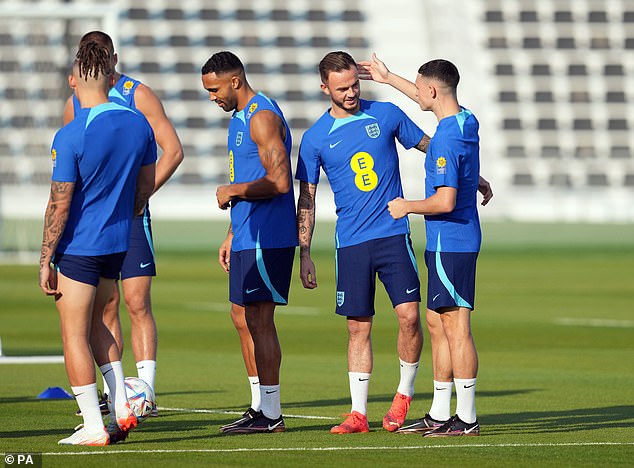 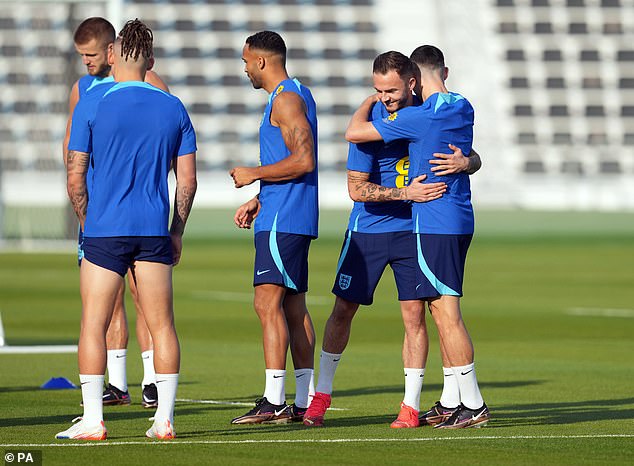 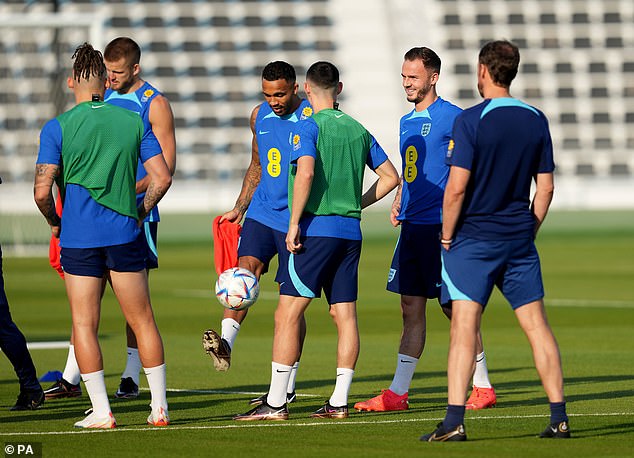 But now it seems the 26-year-old could be in with a chance of featuring after he was spotted back with his team-mates on the training pitch.

And it wasn’t just Maddison who was delighted to be back.

After taking his first steps back onto the turf and joining the group, Maddison was tightly embraced by striker Callum Wilson, before getting another hug from Phil Foden.

Maddison’s return promises to be a huge boost for England fans, given how they were crying out for some creativity in the Three Lions’ drab goalless draw with USA on Friday. 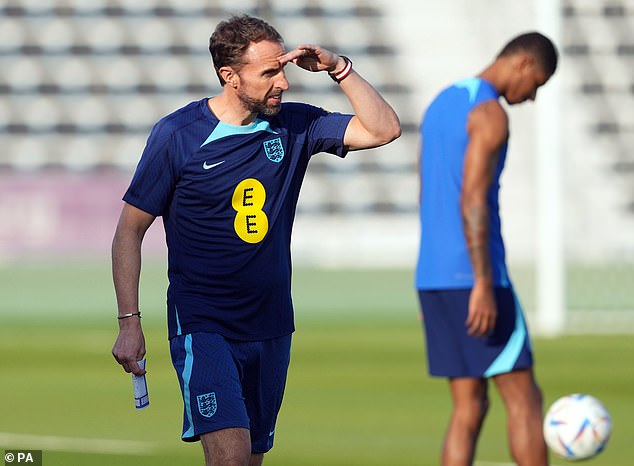 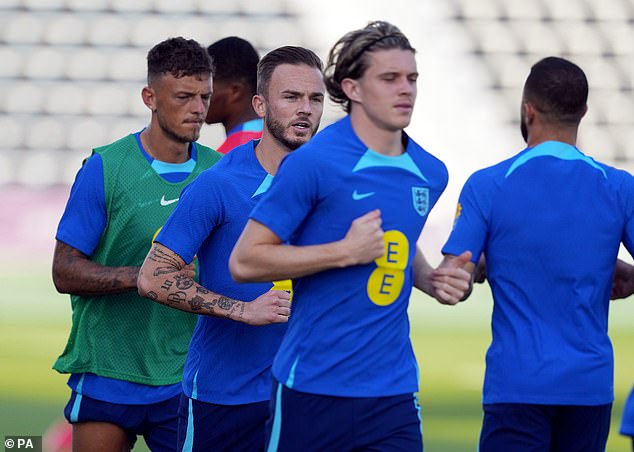 England severely struggled to create any clear-cut chances against the American side, who sat back and absorbed any attack thrown at them.

England’s lack of cutting edge meant they only had one meaningful shot on target throughout the whole 90 minutes, while USA hit the crossbar and had plenty of chances to score.

But with Maddison potentially returning to the fold, England may have another option in attack that can help break down defences and play in between the lines.

England’s third and final group game comes against neighbours Wales on Tuesday evening, with Rob Page’s men all-but eliminated having lost to Iran and drawn with the United States.

England top Group B heading into the final game and know progress is assured so long as they avoid a 4-0 loss on Tuesday. 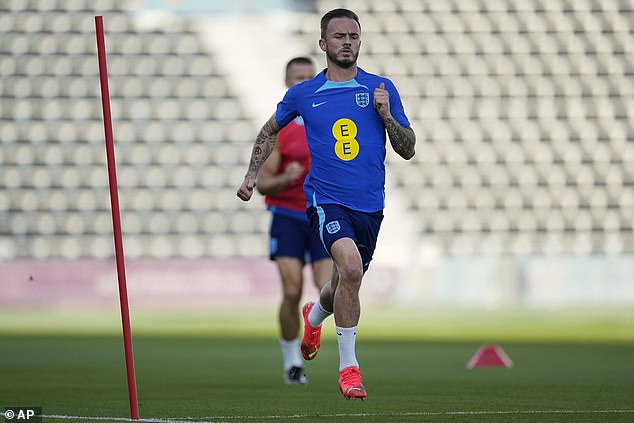