The England keeper dived in at the feet of the Liverpool centre-back in the first-half of Saturday's 2-2 Merseyside derby at Goodison Park. 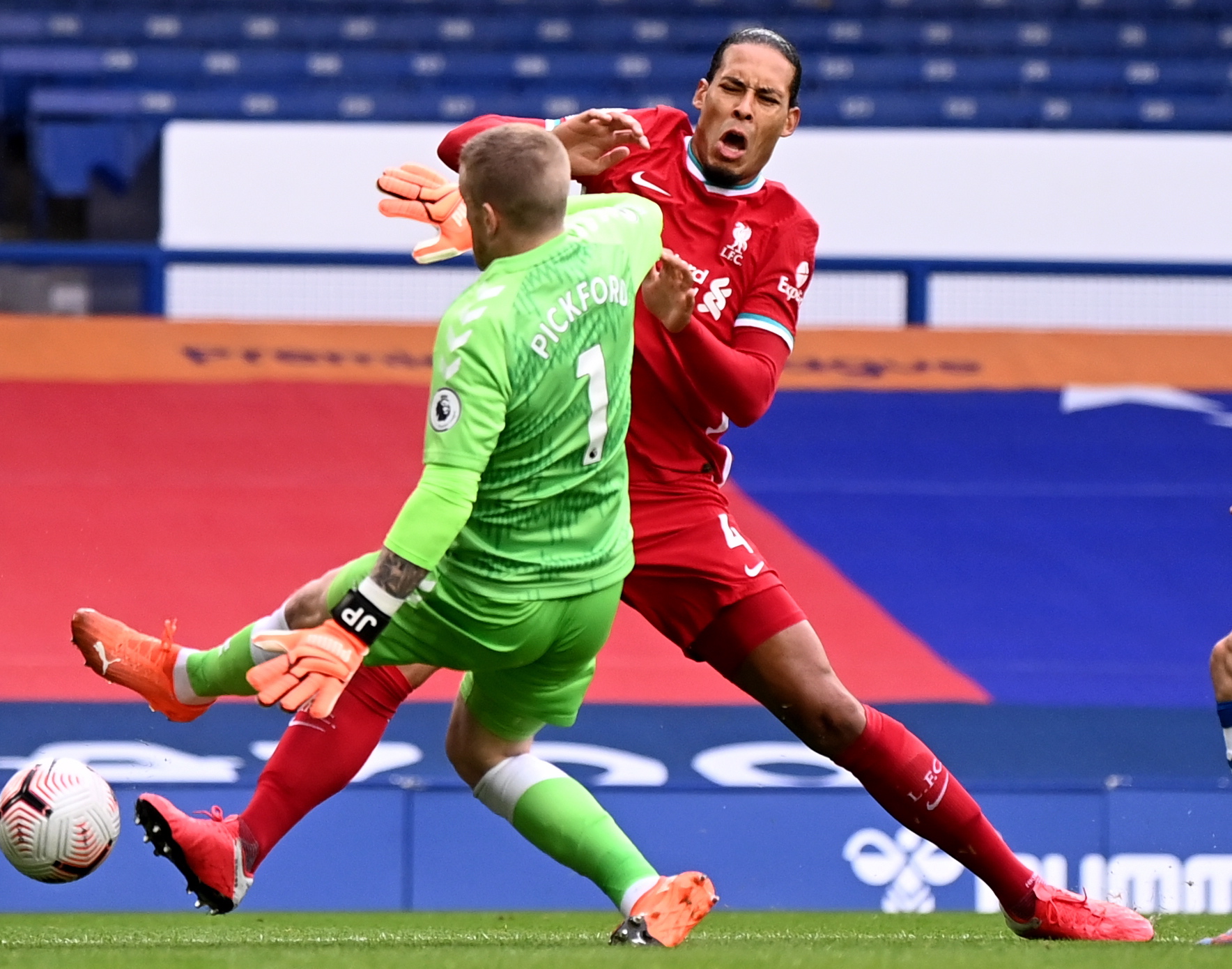 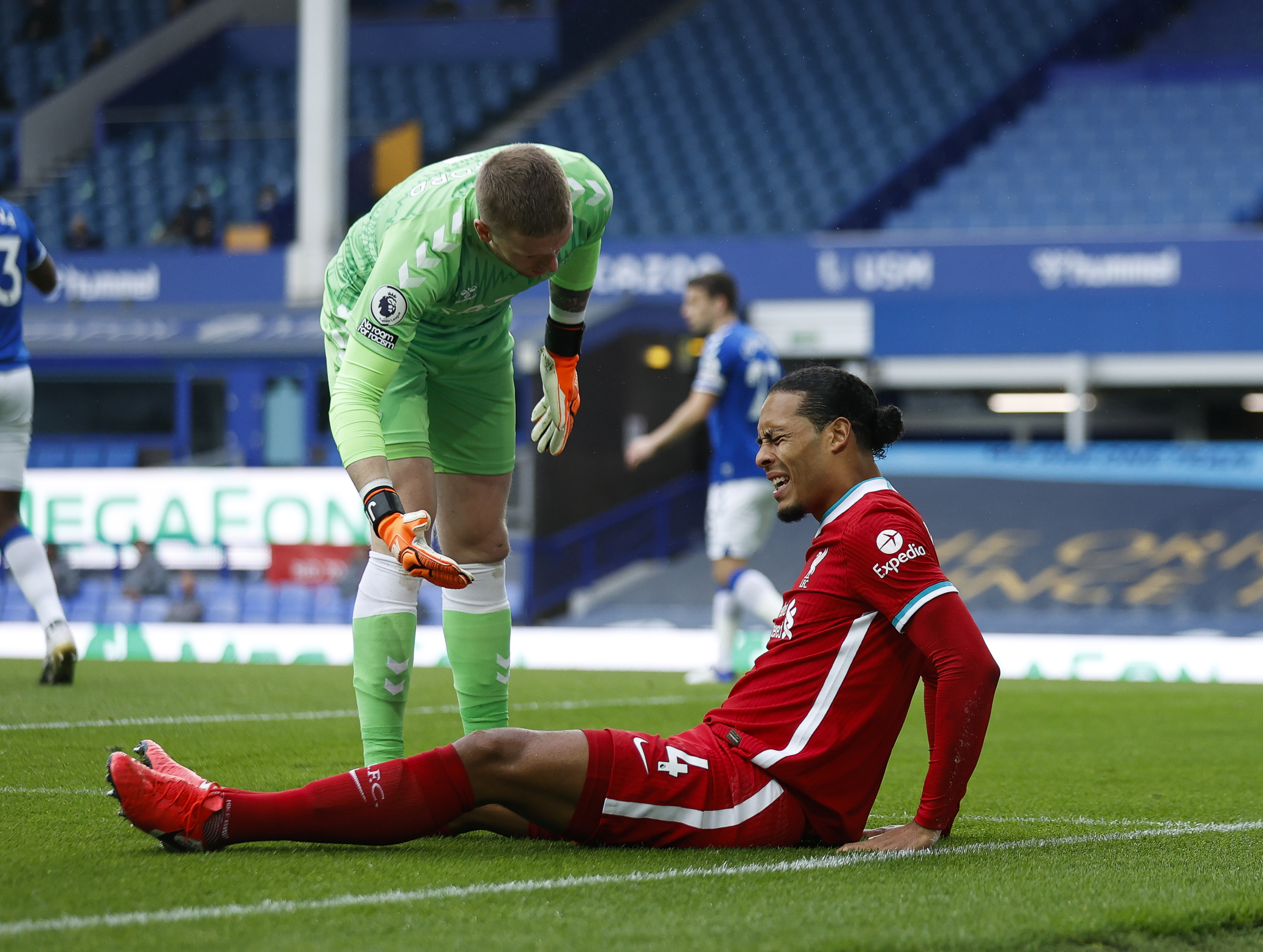 Pickford was not penalised for the challenge as Van Dijk was caught offside by VAR – escaping a sending off and three-match ban.

Van Dijk was forced off the pitch injured following the collision but referee Michael Oliver and VAR official David Coote decided against looking into the incident as a dangerous tackle.

According to The Mirror, the FA could still award Pickford a three-match ban if they go back and look at the decision.

Current FA regulations state bans for decisions missed by the match ref during the game can be given and that rule extends to the VAR official.

The FA will wait to hear from ref Oliver's match report from the derby before deciding whether the official had missed the incident.

After being taken to hospital on Saturday, Liverpool confirmed Van Dijk damaged knee ligaments in the collision and will require surgery.

A statement from the Premier League champions said: "No specific timescale is being placed upon his return to action at this stage.

"Following surgery, Van Dijk will begin a rehabilitation programme with the club's medical team to enable him to reach full fitness as soon as possible." 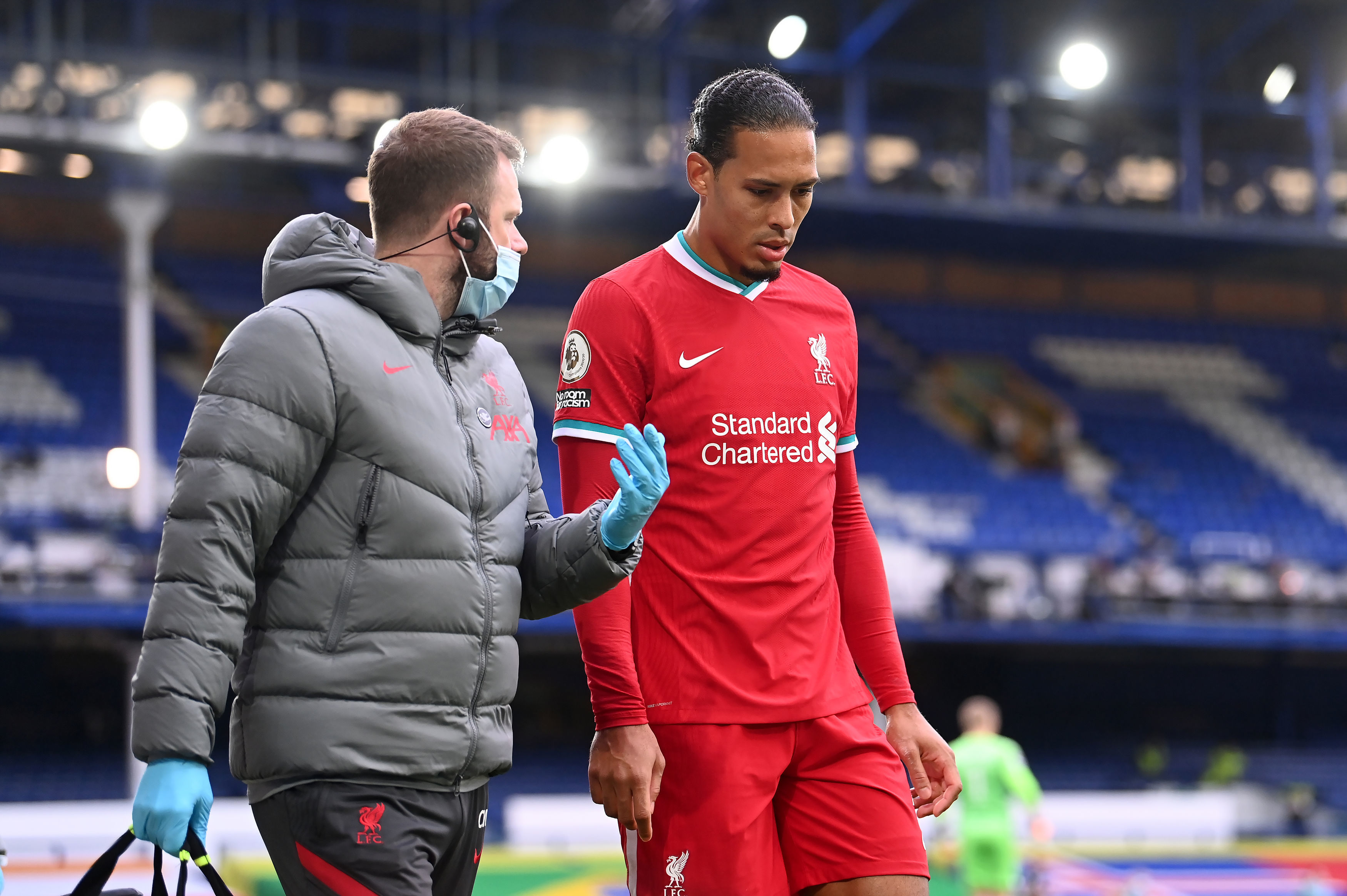 Some reports have suggested Van Dijk, 29, faces seven to eight months on the sidelines.

In the aftermath of Saturday's game, Liverpool manager Jurgen Klopp admitted he was fearful for his star centre-back.

Klopp said: "Virgil played I don't know how many games in a row, he plays with pain, but he couldn't play on and that's not good."

The Reds boss also expressed his disapproval of Pickford's challenge, which would have led to a penalty but for VAR ruling the incident offside.

Klopp added: "It was a clear penalty I saw and then we saw the flag went up.

"I thought they would still look at the foul but that didn't happen.

"I don't want to say Jordan Pickford wanted to do it but it is not a challenge how a goalie can do in the box."