UFC sensation Khamzat Chimaev is primed to 'leapfrog' Leon Edwards for the next crack at the welterweight title.

The undefeated Russian announced himself as an elite 170-pounder last month at UFC 267 with a stunning first-round submission victory over Li Jingliang, which catapulted him into tenth in the rankings. 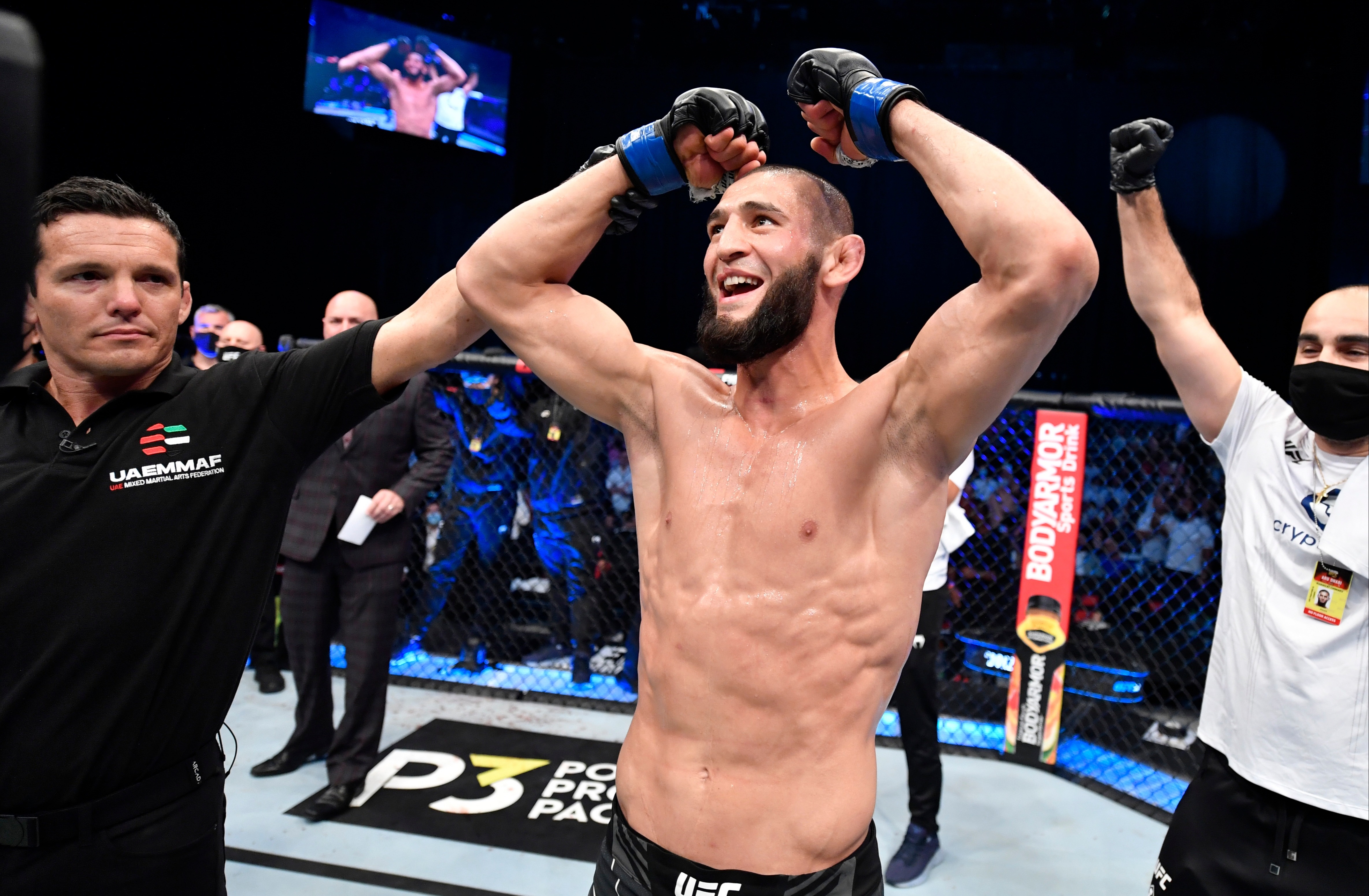 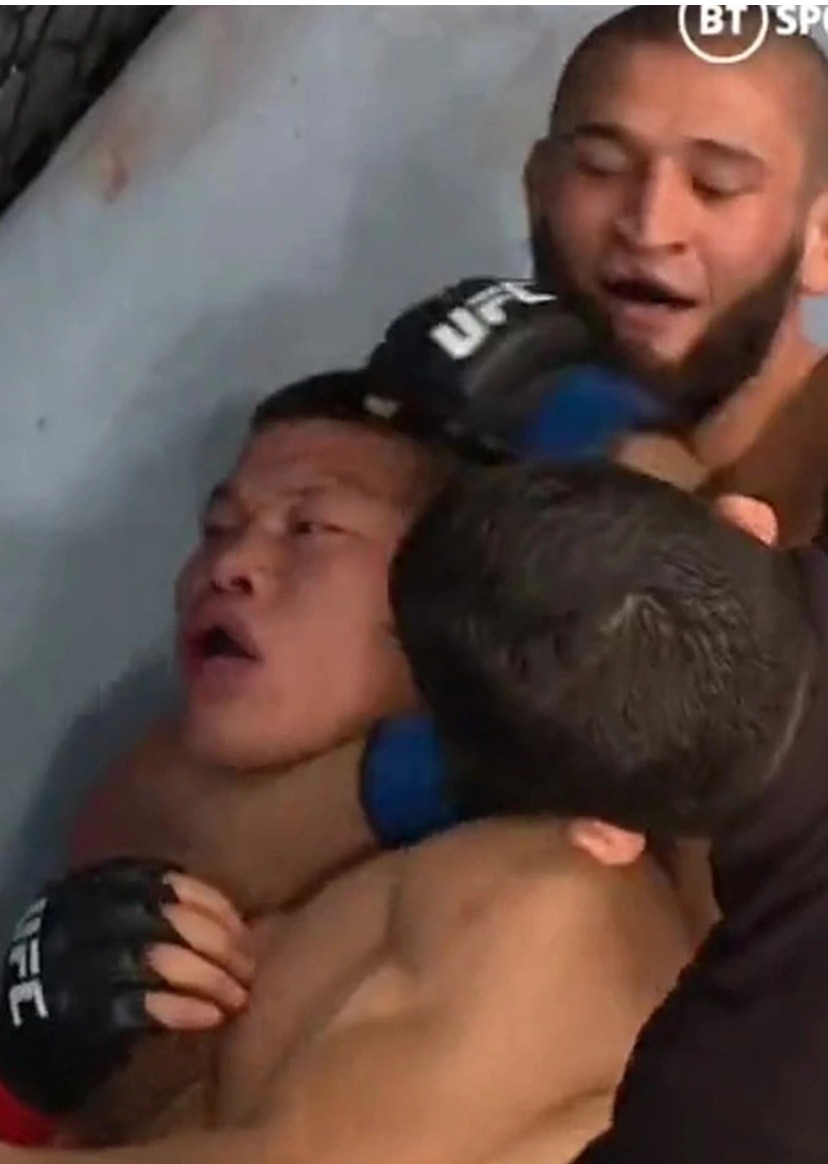 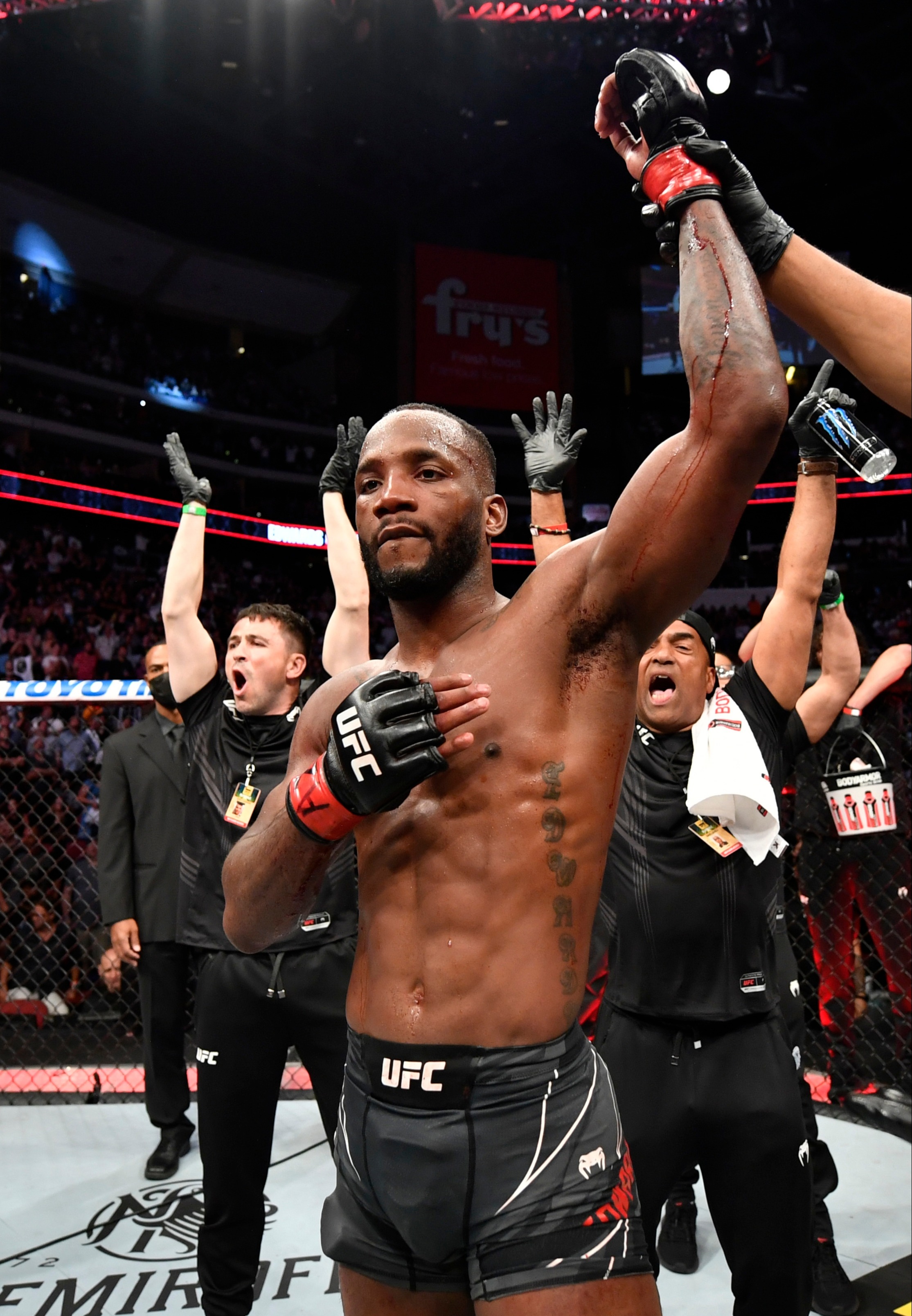 Chimaev's demolition of The Leech has put him on the path to a fast-tracked title shot, which former middleweight champion Michael Bisping believes he'll get over the in-form Edwards with another 'quick win' in his next outing.

Britian's first and only UFC champion told SunSport: "A title shot is long overdue for Leon.

"But the problem is, as I just mentioned, Khamzat. If Khamzat has another quick win, he's probably going to leapfrog Leon simply because everyone is talking about him.

"I did a YouTube video on him on my channel and everybody loved it.

"They're more interested in Khamzat than they are Glover Teixeira, which is insane."

Jamaican-born Brit Edwards was seemingly one win from a long-overdue title shot prior to the cancellation of his grudge match with UFC superstar Jorge Masvidal.

Edwards has opted to wait on the sidelines for a rematch with welterweight king Kamaru Usman, although SunSport understands his clash with Masvidal could be rebooked.

But regardless of the fight coming to fruition, Bisping, like many others, believes the UFC brass could overlook Rocky if Chimaev looks impressive in his next bout.

The Count said: "That's kind of a pain in the a**e for Leon Edwards because if he beats Masvidal – and I pick him to beat Masvidal – he should get the title fight.

"But there is cause for concern because of Khamzat."

Russian wrecking machine Chimaev put the entire welterweight division on notice with his emphatic choking out of Jingliang, who had previously never been finished.

Bisping, 42, was initially on the fence about Borz's title credentials but is firmly on board the hype train following his Fight Island masterclass. 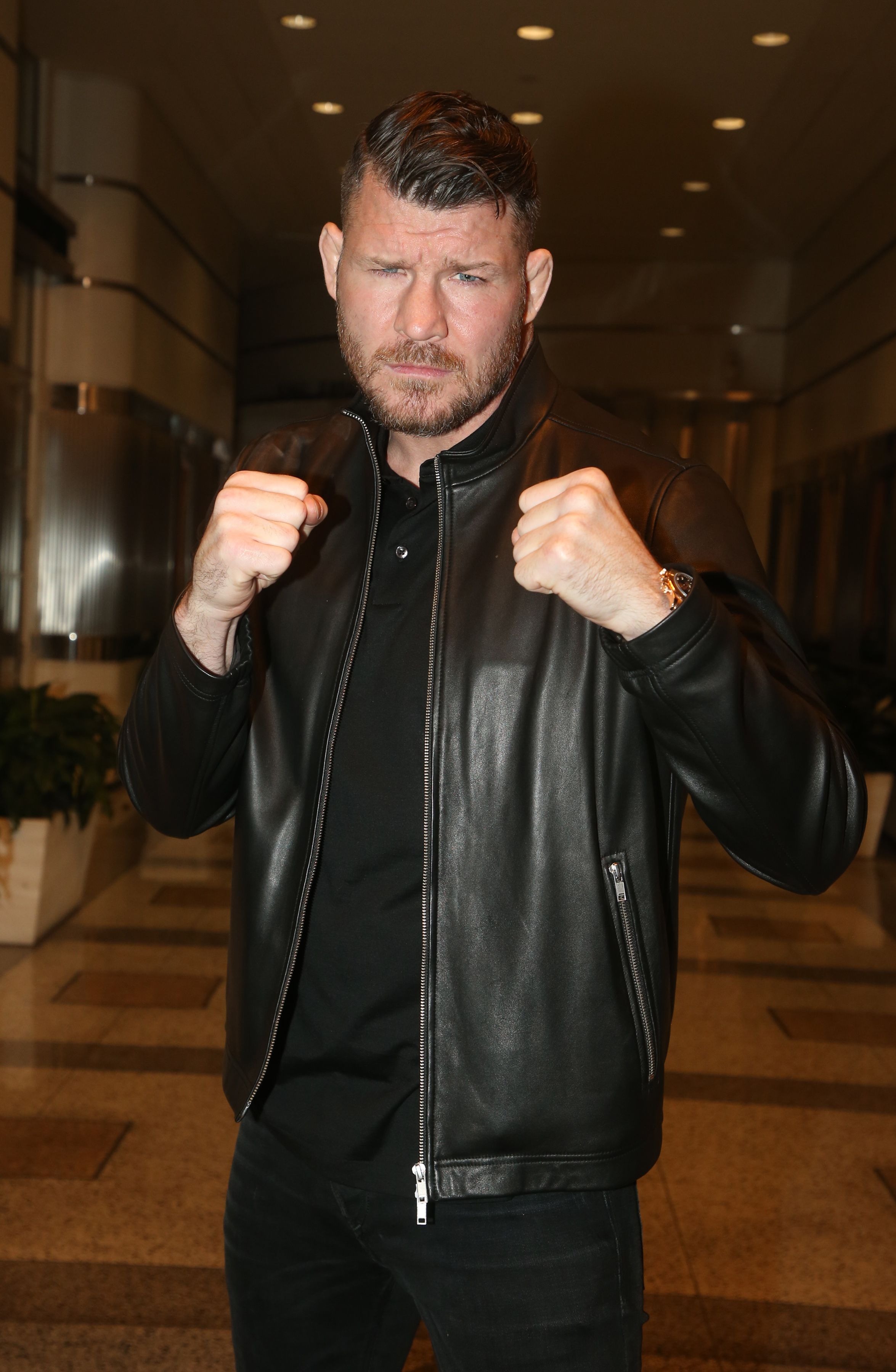 He said: "It's insane, it's crazy. This motherf****r is out of his mind in the best possible way.

"He goes forward, he picks him up in the air and he's having a conversation with Dana [White], slams him down and then finishes him. It's wild!

"I was a little bit on the fence. I was like, 'Okay, he beat Rhys McKee and John Phillips.'

"And no disrespect to them, but tailormade match-ups in terms of style.

"Then [after the] Gerald Meerschaert [fight], I thought, 'Ah, Gerald, he kind of froze and he got caught. Maybe it was a lucky punch.'

"To do that to Jingliang, The Leech, who is a tough guy – he's no walk in the park for anybody. 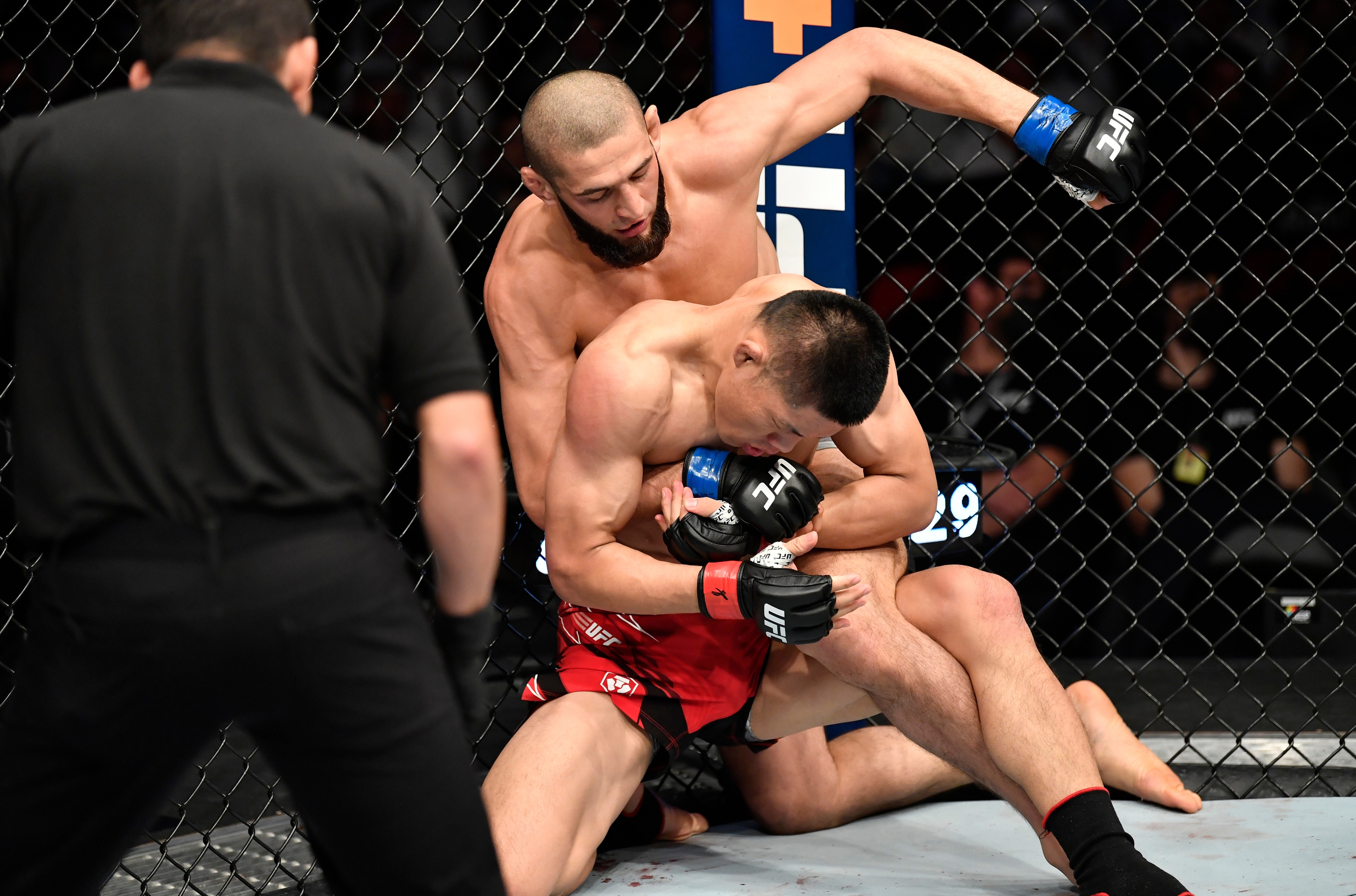 "To do it and to make it look so easy and to do it with such confidence and bravado and arrogance.

"To be so arrogant and be able to carry it out like that is [insane]."

"I hate to say it, but this is early Conor McGregor stuff, isn't it? It really is. He's an incredible star."

Man Utd rejects Lukaku, Sanchez and Young will want revenge if they meet them in Europa final with Inter, warns Berbatov