JURGEN KLOPP told his Liverpool players that reaching the Champions League final was "impossible" before they thrashed Barcelona 4-0 at Anfield.

The Reds boss guided the Merseyside club to their second successive appearance in European club football's showpiece event after another historic victory. 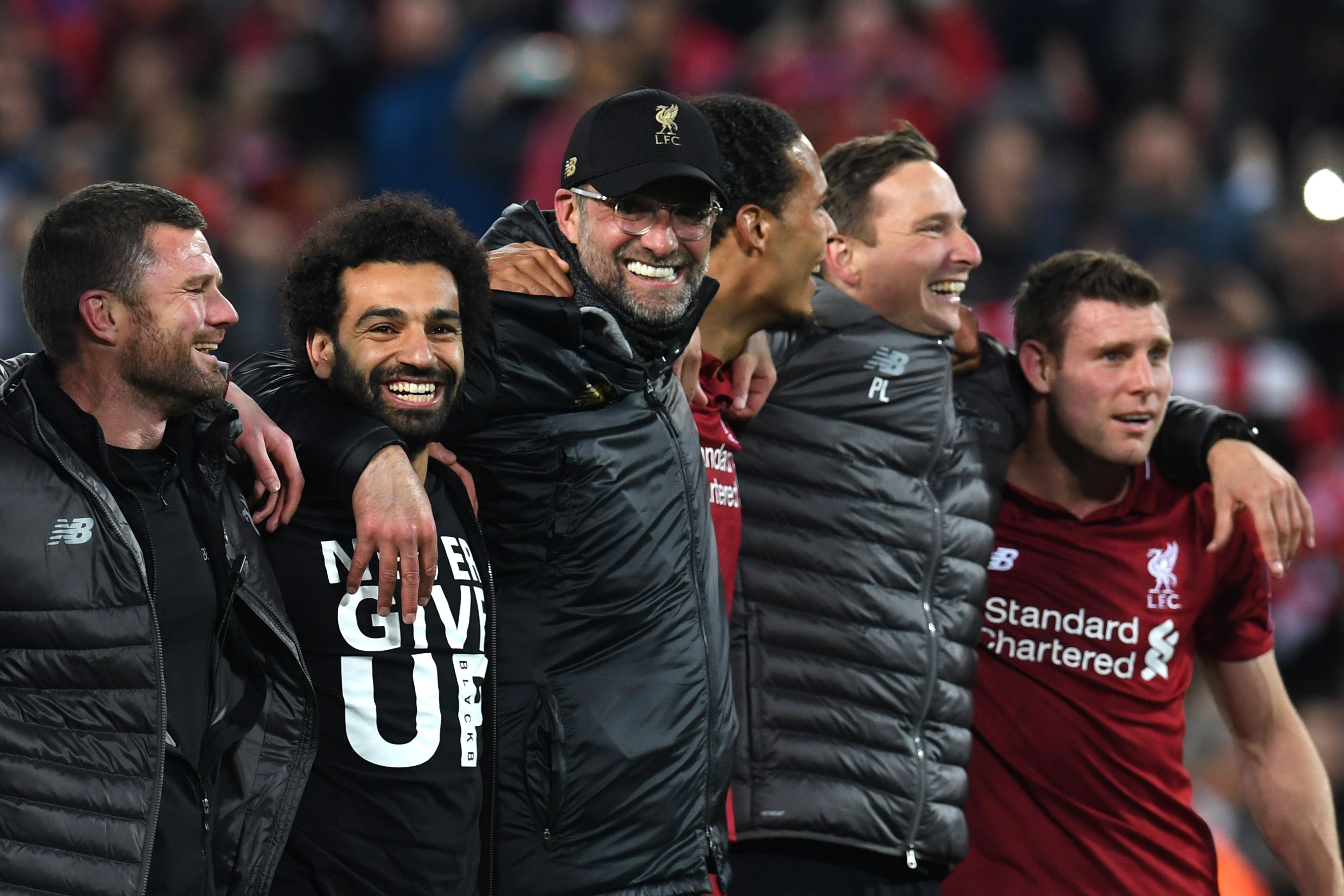 The Catalans were cruising with a three-goal advantage at Anfield but Divock Origi scored either side of Georginio Wijnaldum's quickfire double to seal an incredible win.

The dramatic encounter meant Liverpool became the first team to overturn such a heavy deficit in a Champions League semi-final.

The German told BT Sport: “I said to the boys before the game that this is impossible, but because it’s you, it’s possible.

I said to the boys before the game that this is impossible, but because it’s you, it’s possible

"The whole game was too much. It was overwhelming. We played against maybe the best team in the world.

“Winning is difficult but winning with a clean sheet, I don’t know they did it. It’s unbelievable.

"I saw James Milner crying on the pitch after the game. It means so much to all of us. It’s the best phase of football."

The historic result was made even more incredible by the fact Klopp was without both Mo Salah and Roberto Firmino, who have netted a combined 42 goals this season.

However, in their absence, Xherdan Shaqiri sent in the cross for Wijnaldum's equaliser while unsung hero Origi was the match-winner with two massive goals.

Klopp added: “There are more important things in the world. But creating this emotional atmosphere together is so special. It’s all about the players.

"The mix of potential and unbelievable heart is just a mix I never saw before. You have to be confident in a game like this.

“Divock and Shaq didn’t play a lot. Putting a performance in like that, it was so important. It shows what’s possible in football. It’s so nice. It’s really nice.

"We had to be serious. But we needed to be cheeky as well. It was necessary. Barcelona defend predictable things well. But you need to be unpredictable at moments.

Despite being underdogs for both legs of the semi-final against Barcelona, Liverpool will now be favourites in their ninth European Cup final on June 1 in Madrid.

The Reds will face the winner of Ajax and Spurs, with the Dutch side tipped to progress at the expense of the Premier League team after holding a 1-0 advantage heading into Amsterdam.

Coaching Emma Raducanu is a poisoned chalice… people will NOT be in a rush to work with her, Sharapova’s old mentor says