THOMAS TUCHEL can insist it is a marathon until he is blue in the face, but his Chelsea hot-shots clearly plan to sprint every yard of it.

Tuchel has demanded his early-season pacesetters prove they can stick it out for the full course, after flying out of the traps. 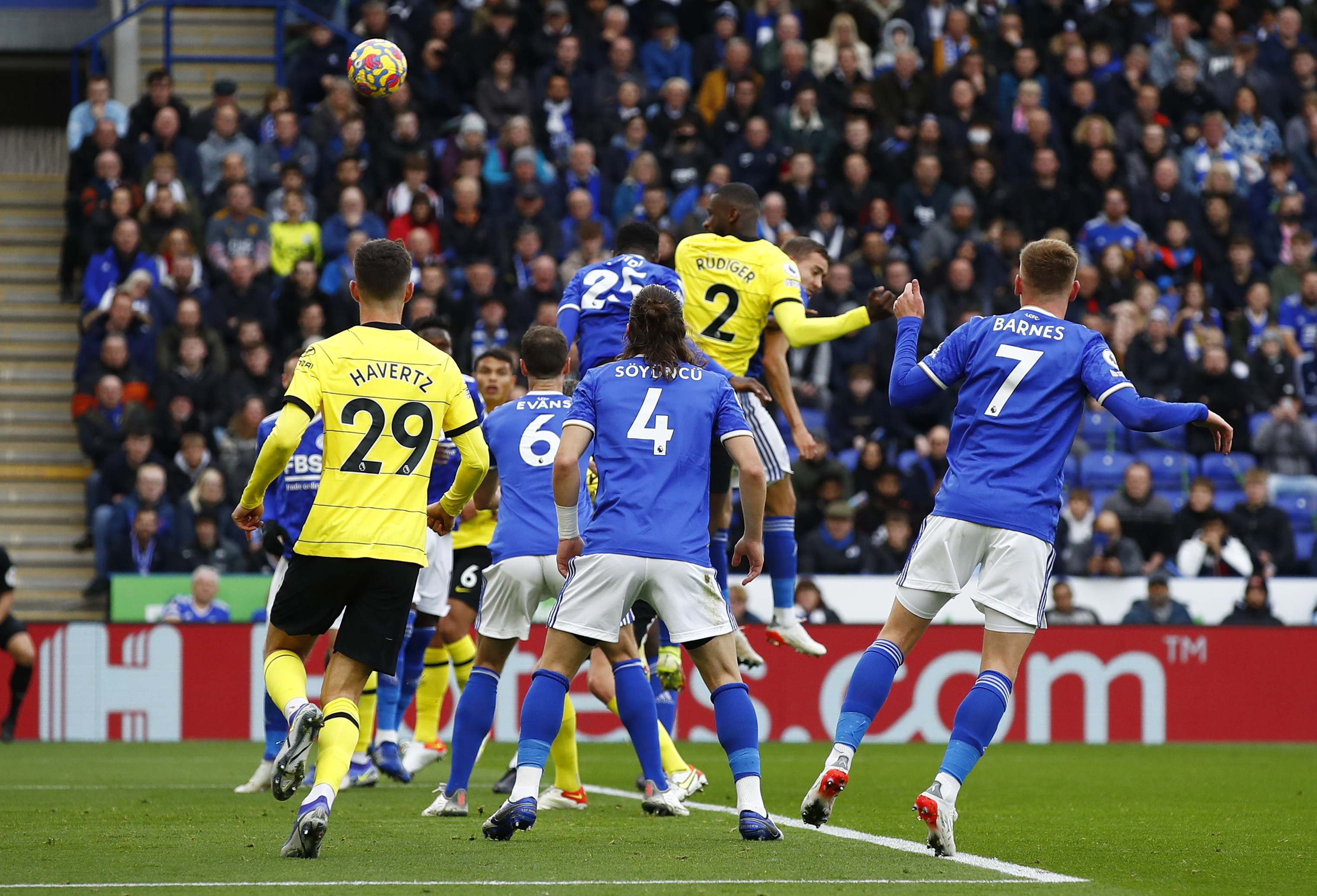 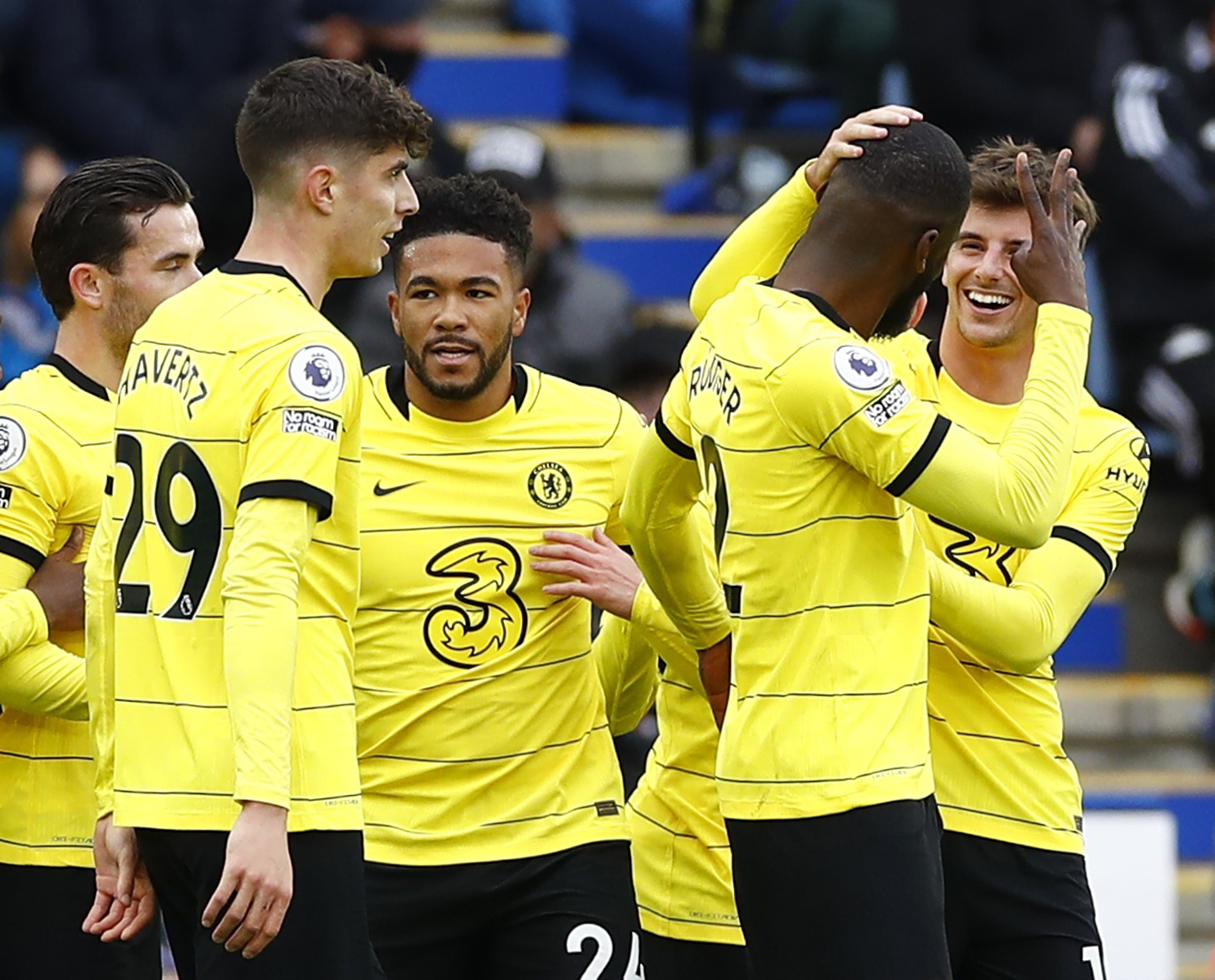 Well if their King Power caning is any indication, they’ll need binoculars to pick out the chasing pack before long, as they turned a tricky-looking trip into a stroll.

Goals from Antonio Rudiger and Foxes old boy N’Golo Kante had the points in the bag long, long before Christian Pulisic’s late third.

As for the Foxes? At times they played like a team which knows their manager won’t be there for long.

And if the 'Brendan Rodgers for Old Trafford' talk has any substance, they could well be right.

Not that this was exactly the finest example of the Leicester manager’s credentials to become the next Manchester United gaffer.

Mind you, he isn’t the first whose team has been put to the sword by a Chelsea side which is edging closer to the finished article every week under Tuchel.

Although the way the German was springing around, windmilling his arms and screaming at his players at times here, you’d never have guessed it.

And don’t forget, this is the Tuchel who has claimed he has calmed down a lot from his days at Borussia Dortmund and PSG. Hmmmm!

To be truthful, there was precious little for him to be worked up about at the King Power… yet he still managed it.

Maybe it was the fact it took his side as long as 13 minutes to break through. Perhaps it was because they were only two in front by the break, when it could have been half a dozen.

It can’t have been that the result was ever in doubt… it never looked so for a single minute, even before Rudiger’s opener.

That came when Wilfred Ndidi got under a Ben Chilwell corner, Timothy Castagne couldn’t get across to it in time, and Rudiger planted a header into the far top corner.

It was a sweet assist for Chilwell, who Leicester fans have never forgiven for his comments when he left them for Stamford Bridge a year or so ago.

And boy, didn’t they let him know when an even earlier chance – courtesy of a stunning crossfield free kick by Jorginho – saw him rattling the crossbar. 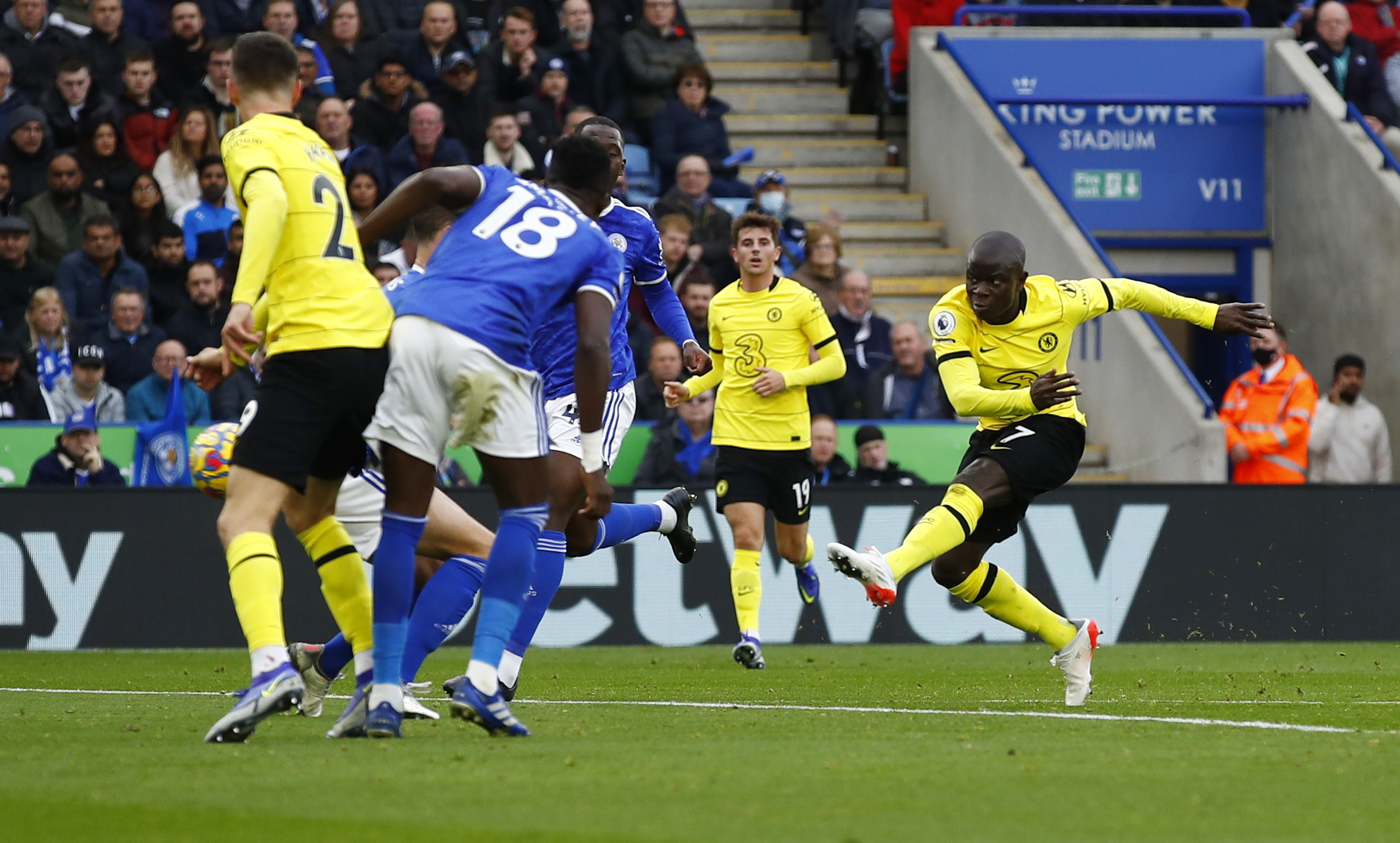 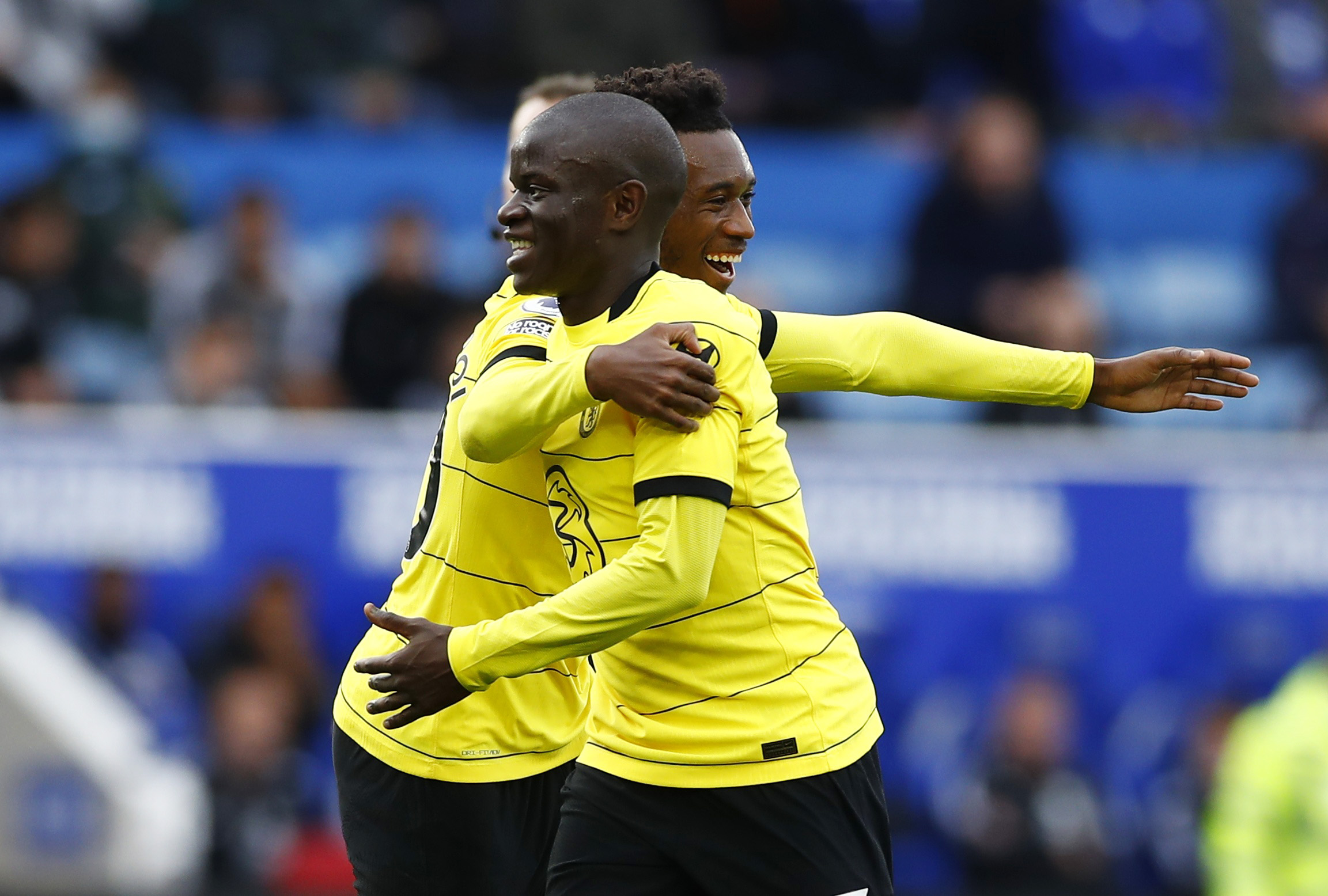 If that was a nip on the Foxes fingers from one old boy, it wasn’t long before another was taking a hefty chomp at the hand which used to feed him as well.

Kante’s departure down the same path Chilwell subsequently followed has never stopped Foxes fans giving him anything but a great reception whenever paths have crossed since.

So when he effectively wrapped up the points on 28 minutes, there was more stunned silence than spitting fury from the home fans.

To be fair, they were probably gobsmacked at the fizzing left-foot rocket Kante had sent arrowing into the corner.

The Frenchman has many strings to his midfield bow. Goalscoring, though, most definitely isn’t one of them.

Only once in nearly two years had he previously found the target, but if this was an example of his shooting, clearly he should have a pop more often.

Admittedly Leicester didn’t help themselves by all but laying down the 'this way to goal' signs as he strolled forwards, and Jonny Evans maybe should have come out to close him down.

But once he let fly, Kasper Schmeichel wasn’t going to get close to keeping out his strike, and that was that. Game over. 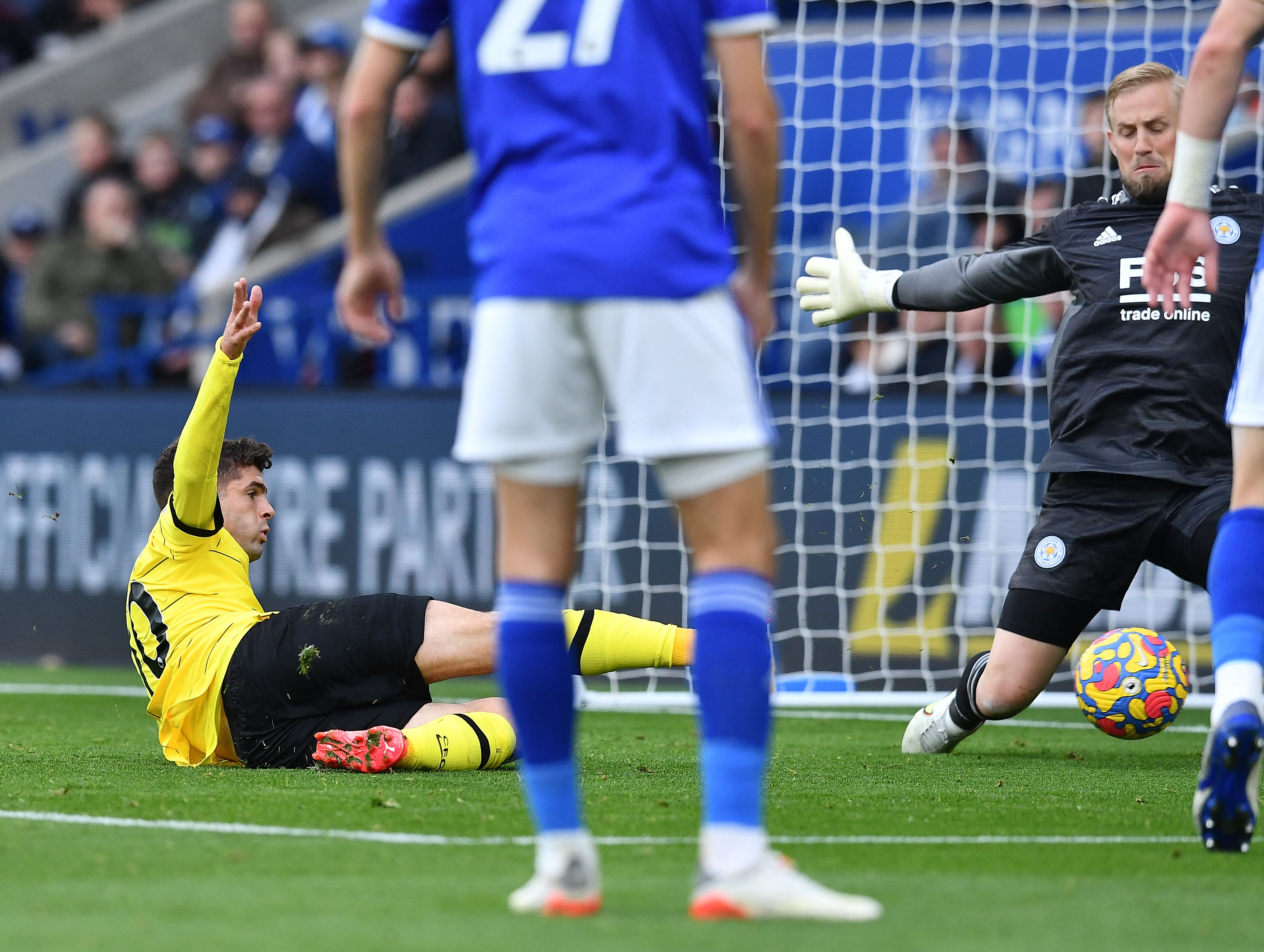 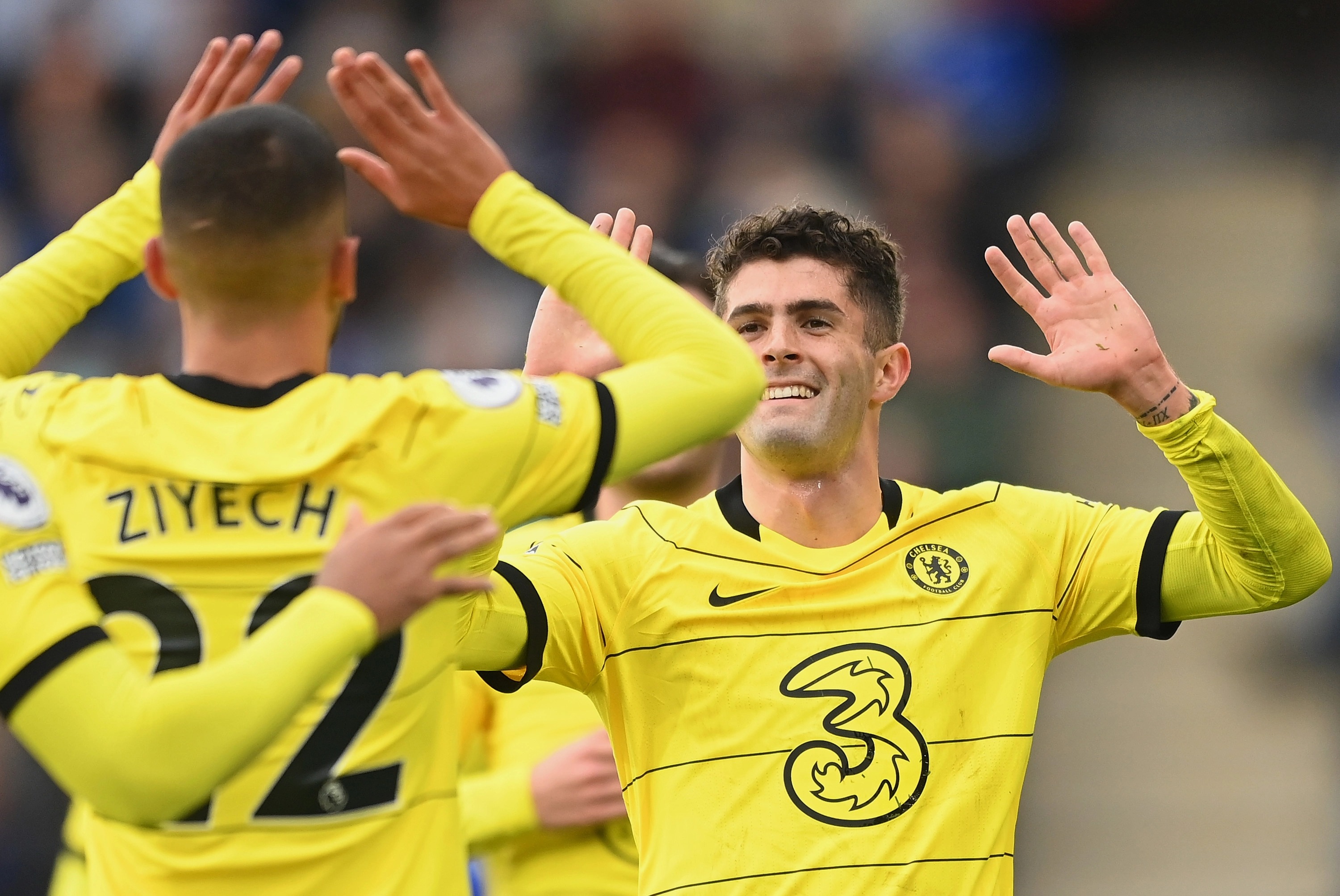 Kante has been given the chance to roam further forward now that Jorginho is the stylish, snarling minder in front of the backline.

And how effortless he makes it look, as well – although not half as much as Thiago Silva does at the centre of that back three.

Whenever Leicester did get forward, he swatted away danger and picked out passes like a man mildly annoyed at being interrupted from reading the paper and having a cuppa.

What better way to put the Foxes back in their box, then, than adding a third…which Chelsea duly did 18 minutes from the end.

Trevoh Chalobah sent substitute Hakim Ziyech haring down the right, and fellow arrival from the bench Christian Pulisic all but walked it into the net.

Even time, too, for THREE disallowed goals from Callum Hudson-Odoi, Pulisic and Reece James.

All of them were the right decision, although had each stood, it would have been a more accurate reflection of Chelsea’s dominance.

That’s how good they were… and that’s the almighty challenge for the rest. You can’t see Tuchel’s men running out of puff any time soon. 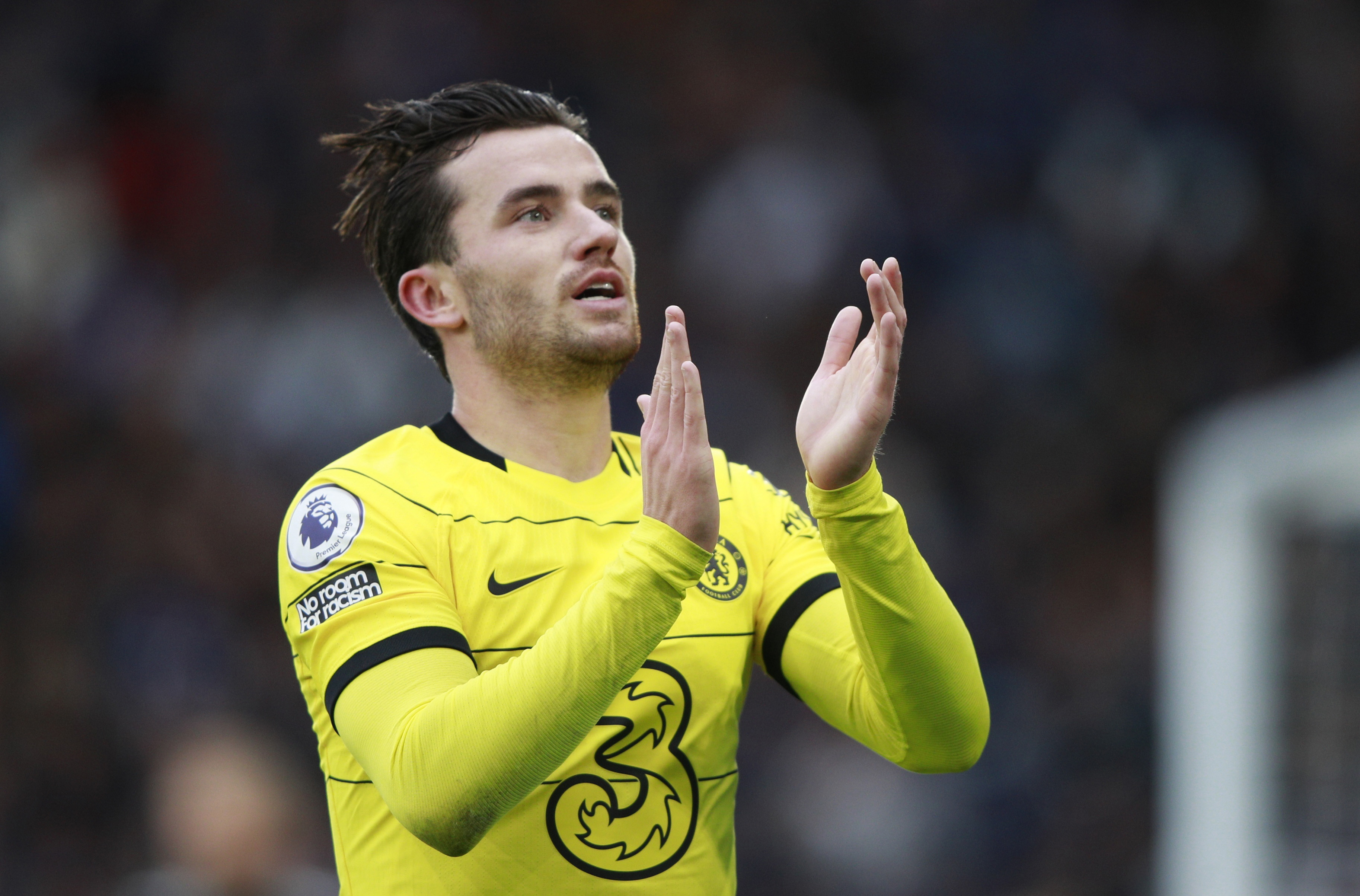