LEWIS HAMILTON appears to be untouchable as he hunts down his rival Max Verstappen in this season's nail-biting Formula One campaign.

The seven-time world champion cut Verstappen's lead from 14 to just eight points after cruising to victory last time out in Qatar. 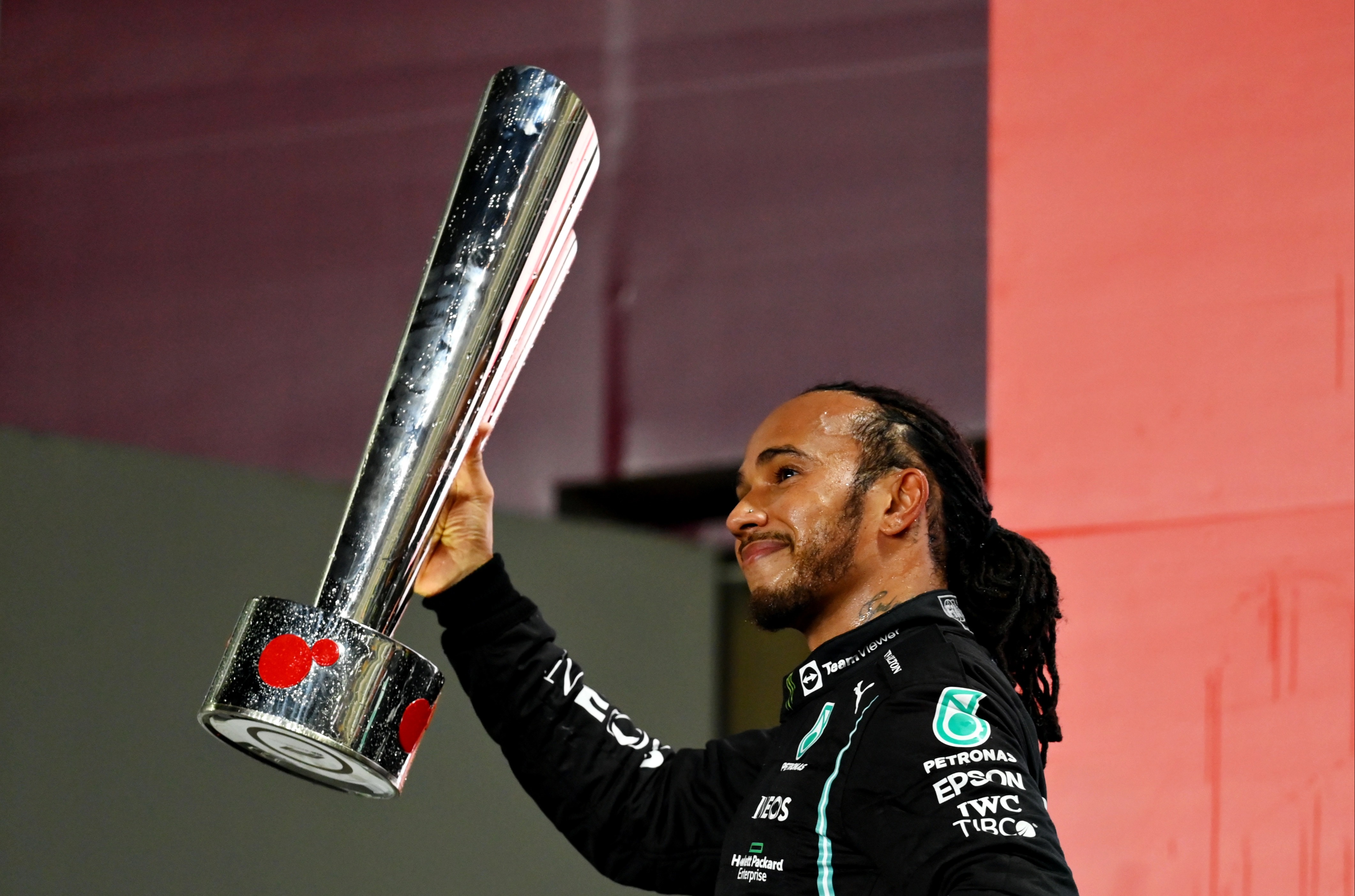 Hamilton has chipped away at the Red Bull star's lead by winning the last two races in commanding fashion.

In Brazil, the Brit fought from the back of the field to fifth in the sprint race before going on to win the grand prix on a memorable weekend.

Hamilton is now 4/6 with Paddy Power to win a record eighth world championship.

While Verstappen is second favourite at 6/5, despite leading the championship.

There are two races remaining with the Saudi Arabian GP and the season finale in Abu Dhabi on December 12.

After winning in Qatar, Hamilton said there is no time for him celebrate his latest victory as he puts his foot down ahead of the the season finale.

He said: “The last two weeks have been fantastic, just amazing.

“But there’s no time for celebrations; I’ll be back in with the team already again next week and just back in training tomorrow. Just stay on it, head down.

“I don’t really have too much emotion except for [being] driven right now. But it’s amazing… To close that gap so many points in these last few races has been important.

"They’re obviously still very fast as you could see today with their fastest lap and both their cars getting past pretty much everyone quite easily. So we’ve still got our work cut out and a big shame for Valtteri today.

“[But] I feel positive going into these next couple of races. I think they should be quite good for our car, so I'm looking forward to that battle.”

Commercial content notice: Taking one of the bookmaker offers featured in this article may result in a payment to The Sun. 18+. T&C's apply. Begambleaware.org

*New customers only. Place your FIRST bet on any sportsbook market and if it loses we will refund your stake in CASH. Max refund for this offer is £20. Only deposits made using Cards or Apple Pay will qualify for this promotion. T&Cs apply. Paddy's Rewards Club: Get a £10 free bet when you place 5x bets of £10+. T&Cs apply. 18+ Begambleaware.org