The Argentine legend, 35, missed the Champions League clash through injury but was in the stands to support his team-mates. 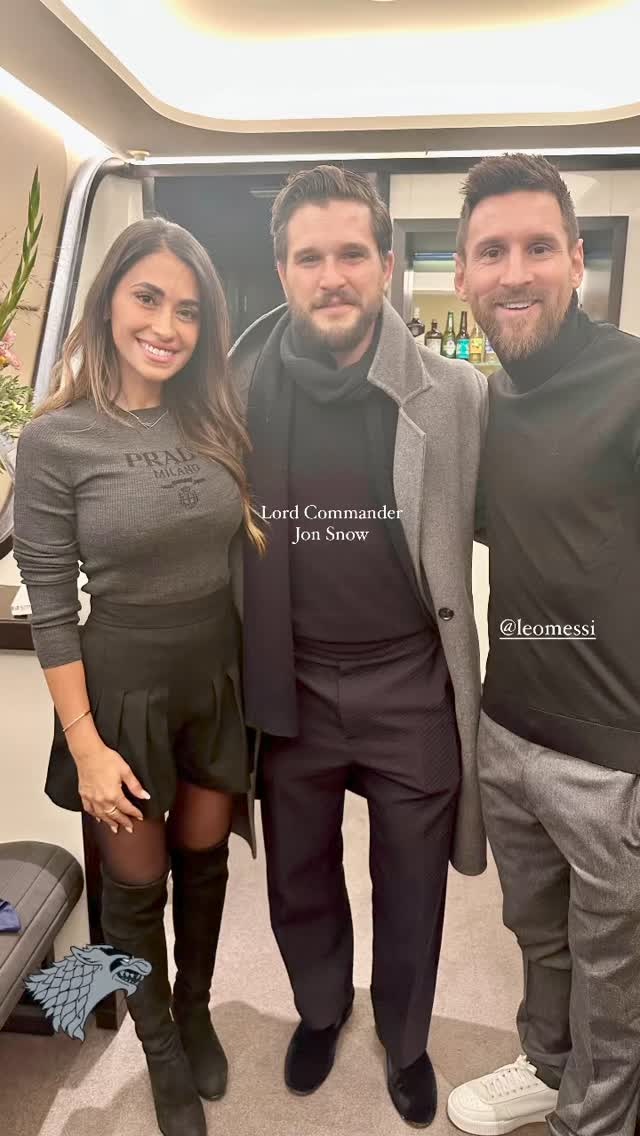 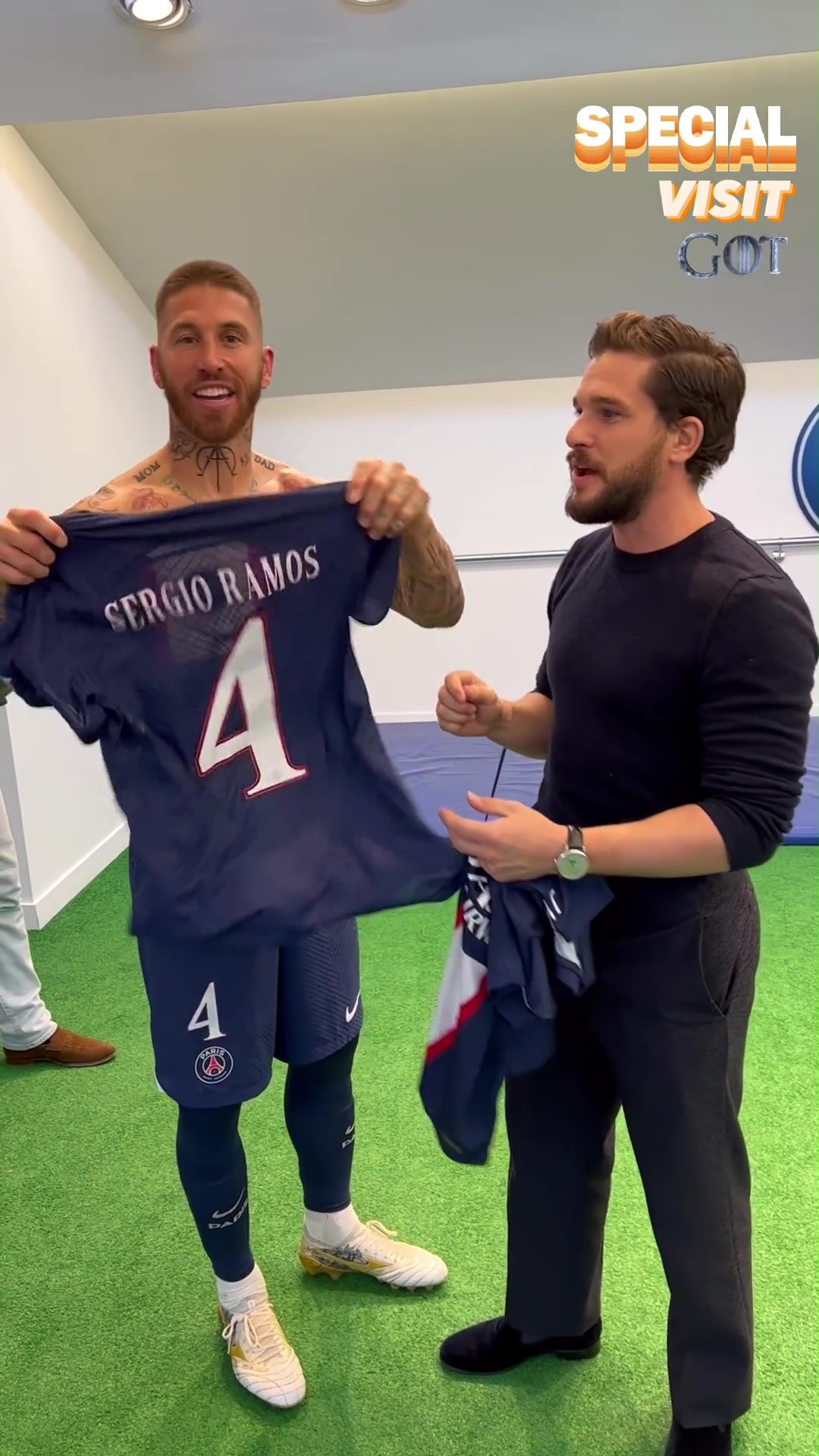 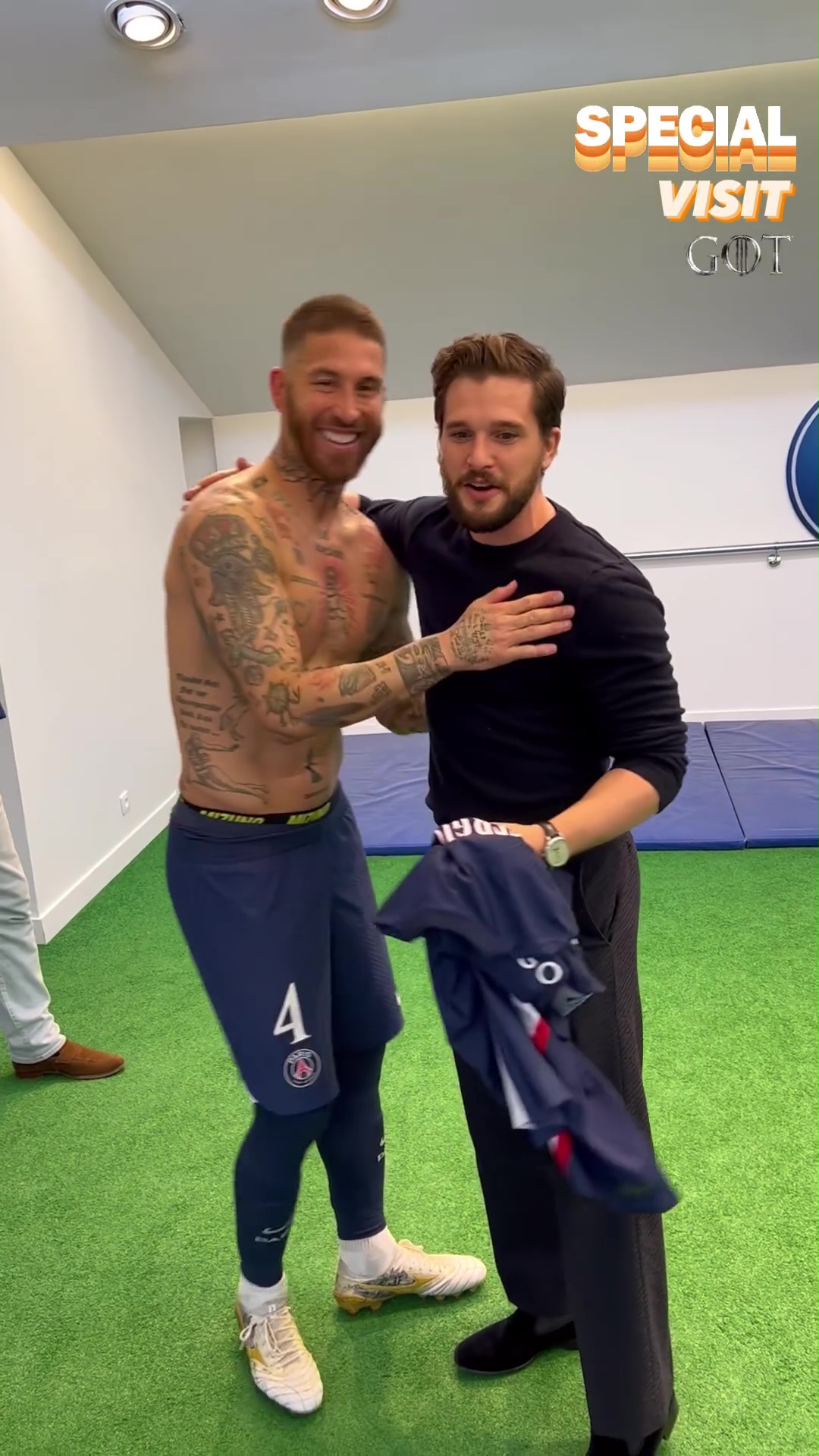 And he took the opportunity away from the pitch to pose – alongside his wife Antonela – for a picture with Harington – who is best known for his role as Jon Snow in the hit TV show Game of Thrones.

But Messi wasn't the only PSG star that Harington met in the French capital.

He was also filmed being greeted by Real Madrid and Spain icon Sergio Ramos.

The centre-back came into the room and handed the actor his PSG shirt.

Harington appeared incredibly grateful for the gesture as he shared a hug with the defender.

Meanwhile, things didn't quite go to plan for PSG on the pitch at Le Parc des Princes on Tuesday night.

They did take a slender lead into half-time as Kylian Mbappe tucked away a penalty.

But Benfica hit back through a spot kick of their own in the second period as Joao Mario earned the Portuguese side a second draw in six days against PSG.

Most read in Champions League

The match took place just hours after the Ligue 1 champions had been rocked by news of Mbappe wanting to leave the club.

The 23-year-old superstar only signed a new lucrative deal with PSG in the summer.

But his relationship with the club is already said to be "completely broken" and there is thought to be "no way back".

Real Madrid and Liverpool have both been linked with a move for the World Cup winner.