VIRGIL VAN DIJK could miss the rest of the season due to the knee injury he sustained in Saturday's Merseyside derby.

The Liverpool stalwart was hurt by a challenge from Jordan Pickford six minutes into the Reds' 2-2 draw with Everton. 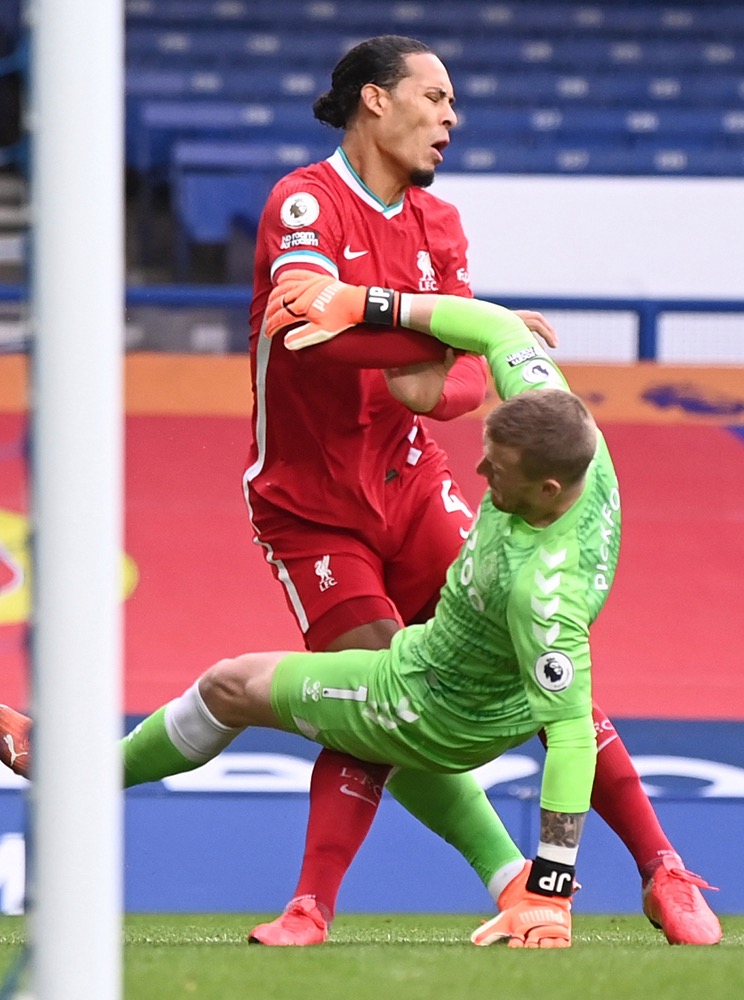 Further assessment has confirmed van Dijk damaged knee ligaments in the collision and will require surgery.

A statement from Liverpool said: "No specific timescale is being placed upon his return to action at this stage.

"Following surgery, van Dijk will begin a rehabilitation programme with the club's medical team to enable him to reach full fitness as soon as possible."

Some reports have suggested van Dijk, 29, faces seven to eight months on the sidelines.

In the aftermath of Saturday's game, Liverpool manager Jurgen Klopp admitted he was fearful for his star centre-back.

Klopp said: "Virgil played I don't know how many games in a row, he plays with pain, but he couldn't play on and that's not good."

The Reds boss also expressed his disapproval of Pickford's challenge, which would have led to a penalty but for VAR ruling the incident offside.

Klopp added: "It was a clear penalty I saw and then we saw the flag went up.

"I thought they would still look at the foul but that didn't happen.

"I don't want to say Jordan Pickford wanted to do it but it is not a challenge how a goalie can do in the box."

Van Dijk and Sadio Mane were also unhappy with Pickford's recklessness and waved away the keeper's offer of assistance.

Liverpool newboy Thiago was also sent for a scan after a tackle from Richarlison – who saw red as a result – but it remains to be seen whether he also faces a lengthy spell out.