LIVERPOOL’S Harvey Elliott has fired back at a troll who mocked his horror ankle injury with a cheeky dig at rivals Manchester United.

The 18-year-old suffered a dislocated ankle after a challenge from Leeds’ Pascal Struijk during Liverpool’s 3-0 win on Sunday. 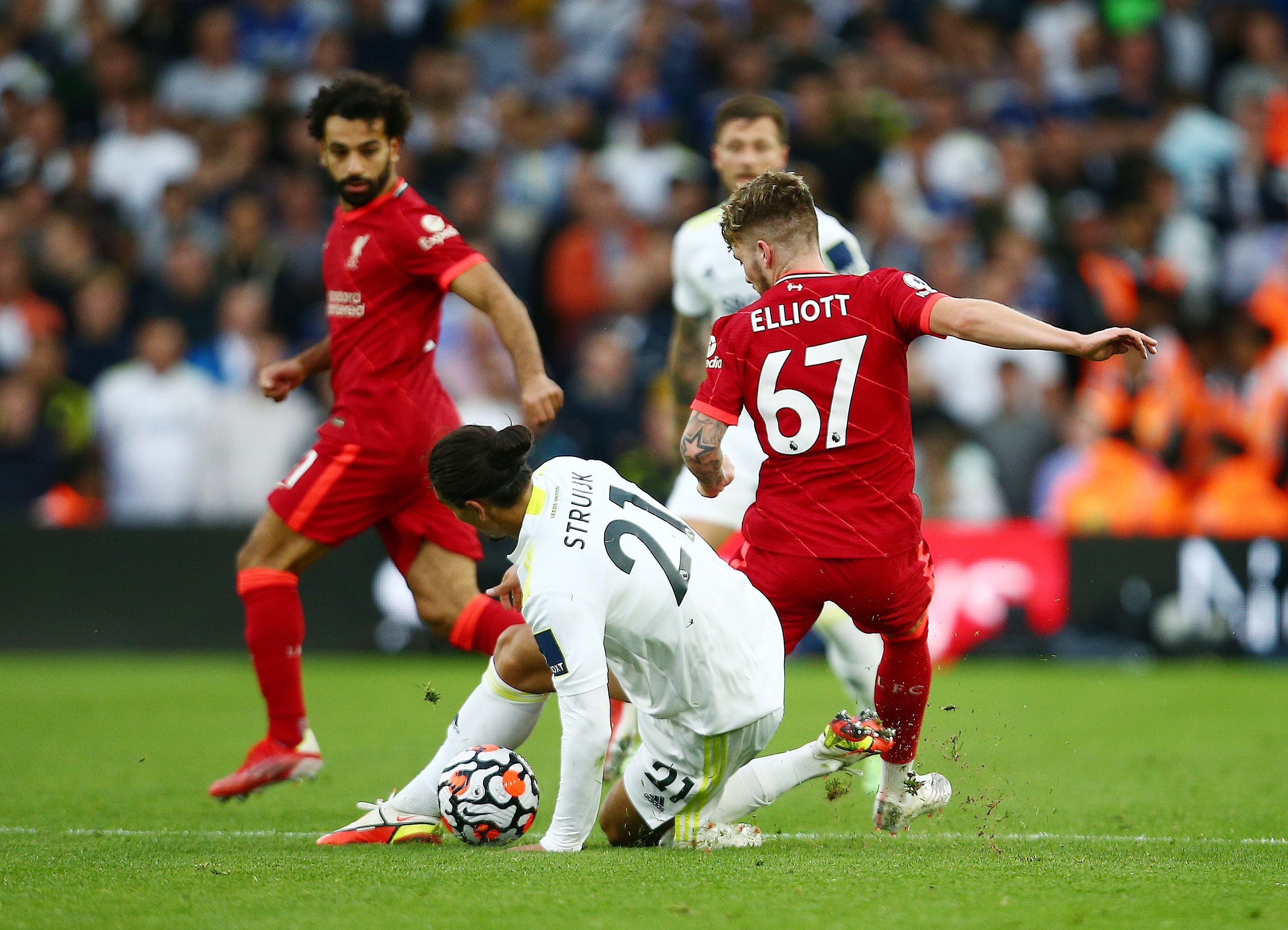 Reds fans soon flooded social media with messages of support for the teenager, with one posting a video of him walking out onto the pitch at Elland Road.

And when an unsavoury commenter wrote “he’s not walking like that anymore”, Elliott could not resist a swipe at his Premier League rivals.

“Crazy though how I have more legs than United have trophies in the past 8 years,” he joked in response.

The disarming post seemed to do the trick too, with the troll responding to say “haha fair enough, you’re a baller!”

Elliott’s good-natured reply is not quite accurate, given United have won three trophies since the departure of legendary manager Sir Alex Ferguson in 2013.

But when it comes to all-important league titles, he is spot on – United are famously yet to win the Premier League in the post-Ferguson era.

Elliott is expected to return to action this season after successfully undergoing surgery on his left ankle at a hospital in London.

Reds medics are reluctant to put a firm date on when the starlet will return but they are confident the injury has not ended his season.

Elliott has remained classy throughout the injury trauma, refusing to place any blame on Struijk for a tackle that he says was a “freak accident”.

Referee Craig Pawson did not initially deem the challenge a foul but sent off the Leeds defender after VAR intervened.

"Neither was it a red card just a freak accident but these things happen in football."

Tottenham 2 Wolves 3: Strikerless Spurs throw away lead as Jimenez’s strike puts Nuno’s side above them in Prem table – The Sun

Grand National betting for beginners: Expert ratings and tips for every horse