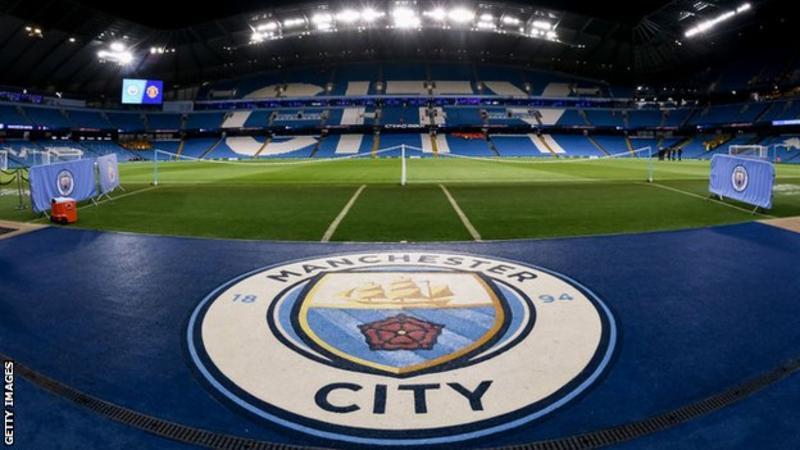 A former journeyman footballer named Omer Riza could play a key role in the next chapter of Manchester City’s bitter and potentially defining legal battle with Uefa over their two-year ban from European club competitions.

Back in 2008, the dual British-Turkish national, a former fringe player at Arsenal and West Ham, walked out on Turkish club Trabzonspor and returned to England, claiming he had not been paid.

An arbitration panel appointed by the Turkish Football Federation (TFF) found he had terminated his contract and fined him 61,000 euros (£50,701).

So Riza appealed, first to the Court of Arbitration for Sport (Cas), then the Swiss Federal Court, and ultimately to the European Court of Human Rights (ECHR).

Last month, Riza – who has retired as a player and is now coaching at Watford’s academy – heard he had finally won a decade-long legal battle. The ECHR decided the European Convention of Human Rights had been violated because the arbitration panel was appointed by the TFF’s directors, and therefore Riza had legitimate reason to doubt it had approached his case with the necessary independence and impartiality.

So what relevance does all this have to Manchester City – a dominant force in the English game – as they prepare to appeal to Cas, and ramp up their fight against a shattering punishment?

A punishment that has done immeasurable damage to the club’s reputation, added to the controversy surrounding owners already accused of using the club to furnish or ‘sportswash’ Abu Dhabi’s image and divert from its questionable human rights record.

A punishment that has tainted the team’s achievements, thrown the future of players, manager and finances into doubt, and could yet see the Premier League dock points and strip titles.

Based on City’s typically aggressive statement responding to the ban and £25m fine, there are several parts to the defence the club will be expected to mount:

According to Cas, this argument was “not without merit” when it rejected City’s attempt to get Uefa’s case thrown out before a verdict was reached last year. Cas also said the leaks were “worrisome”. But to make this argument stick the club would surely need solid evidence? City could demand access to private emails and communications, so expect a separate legal battle over disclosure when the case is heard.

Even though Der Spiegel’s source – Rui Pinto, the figure behind website Football Leaks – is awaiting trial in his native Portugal on multiple charges of computer hacking, which he denies, sports law experts seem to agree this will be a difficult argument for City to win. They have not denied the authenticity of the documents after all.

This final argument in particular has received little sympathy – and indeed much criticism. With highly respected legal minds such as top British barrister Charles Flint QC hired for their independence and integrity on the adjudicatory panel, and City fully aware of the system they had signed up to, many have portrayed this as disrespectful and, simply, sour grapes.

And whether you see FFP as a crude means of protecting club football’s traditional status quo, or a sensible approach that has stabilised finances, many believe City breached rules they had agreed to adhere to – and then misled officials about it and therefore must be punished, especially as Uefa claims the club failed to co-operate with the investigation.

Media playback is not supported on this device

But does the conclusion of the Riza case just three weeks ago give City and their sizeable team of lawyers cause for optimism, and partly explain their defiance?

“That case will be at the forefront of their lawyers’ minds,” he says. “They can’t have missed it. I can already predict the argument they will run at Cas.

“The ECHR said that, in terms of a fair trial process, having a disciplinary body that also appoints the panellists who carry out the decision-making means there isn’t sufficient distance between the two.

“In terms of the adjudicatory chamber members’ expenses and appointments, they are at the behest of Uefa. That’s not going to necessarily be sufficient to show a lack of impartiality, but you can see how there are arguments, and they have to raise those points now for them to be considered further down the line. City will say they had no choice but to sign up to these rules, and we’ve seen this argument of a lack of freedom used by claimants in key sports cases in the past.”

Mehrzad predicts that, with money no object, City’s lawyers will refer Cas to the precedent set by the Riza verdict, confront Uefa with the threat of dragging their case out in similar fashion, make clear their willingness to take their challenge to higher courts, and hope the governing body offers a settlement involving a reduced punishment, rather than risk the uncertainty of a drawn-out legal fight.

“We’ve seen this in other sports law sagas,” he says. “These are cases that if you want them to run and run, the ultimate body is the ECHR.

“The Turkish process took 10 years, and if you can threaten to get a sanction suspended for that long, and make a mockery of the process, you’d think they’ll be able to cut a deal.”

Perhaps ominously for Uefa, one leaked email published by Der Spiegel featured City lawyer Simon Cliff explaining that rather than settle with the governing body, the chairman “would rather spend £30m on the best 50 lawyers in the world to sue them for the next 10 years”.

Uefa would, of course, argue this case is very different to one involving Turkish football more than a decade ago. However, will it be prepared to take the risk of a defeat that would have major ramifications?

This case has been hugely damaging for City. But there is real danger here for Uefa too, especially at a time when the grip of European football’s governing body on the club game is under mounting strain.

The European Club Association wants the Champions League expanded by four matchdays amid a long debate over reform of the competition.

Fifa, the world governing body, is preparing for an enlarged, 24-team Club World Cup in China next year.

There are growing fears over the threat posed by ever-richer and more powerful ‘super clubs’ to national leagues’ competitiveness and sustainability.

And Uefa has to try to stand up for its rules against clubs – like City (part-owned by both the Abu Dhabi and Chinese governments) and Paris St-Germain (Qatar) – that have the backing of entire nation states, not just wealthy individuals.

“There is an enormous amount hinging on this,” adds Mehrzad. “If City are successful in getting a ruling about the processes adopted by Uefa, a whole series of other clubs will be able to use that and say: ‘We should never have been sanctioned in the first place.’

“There’s no doubt City have enough money and a fleet of lawyers to take this on for years, so Uefa is being put under the spotlight.

“We’ve seen the integrity of the FFP system challenged before, but this could be about the entire make-up of football’s regulatory regime, so the repercussions are enormous.”

The tone of City’s outrage in their statements, and the sense of defiance and confidence now emerging from the club, should be seen in this context – not just as an expression of anger and shock by owners and executives who have become accustomed to getting their own way, but perhaps also as a strategy designed to send a message to Uefa.

There is no guarantee City will be granted a suspension of their ban when they apply for it in the coming days at the same time as any appeal. The decision – made by a Cas official – will be based on an assessment of the merits of City’s appeal, so this initial decision will give a strong indication of their prospects.

If a hearing is not expedited, it is likely to be the middle of next season before a full Cas hearing takes place. So if City can get the ban suspended pending the outcome of their appeal, it is easy to see how months – or even years – of legal wrangling could lie ahead, with the Swiss Federal Court the next potential port of call after Cas.

Last year, South African athlete Caster Semenya did exactly that after Cas found in favour of governing body the IAAF (now World Athletics) in its legal battle with her over rules requiring her to take testosterone-suppressing medication. The Swiss court temporarily suspended the ruling pending a more reasoned hearing.

These are truly extraordinary times in sports law. Alongside the City case, Cas is also being asked to decide whether to uphold the World Anti-Doping Agency’s qualified ban of Russia before the Tokyo Olympics this summer.

The stakes are high in such cases. Entire governments lie behind the claimants. National prestige and reputation is on the line. The supporters of such parties admire their defiance, condemn the regulations, and portray such cases as witch-hunts, rather than sympathising with those trying to uphold the rules.

The resolve and resources of sports regulators and governing bodies are being tested like never before.