MANCHESTER CITY remain favourites to sign Harry Kane this summer but Chelsea have seen their odds slashed this week.

Kane is keen to leave Tottenham and is wanted by some of the top clubs in the world. 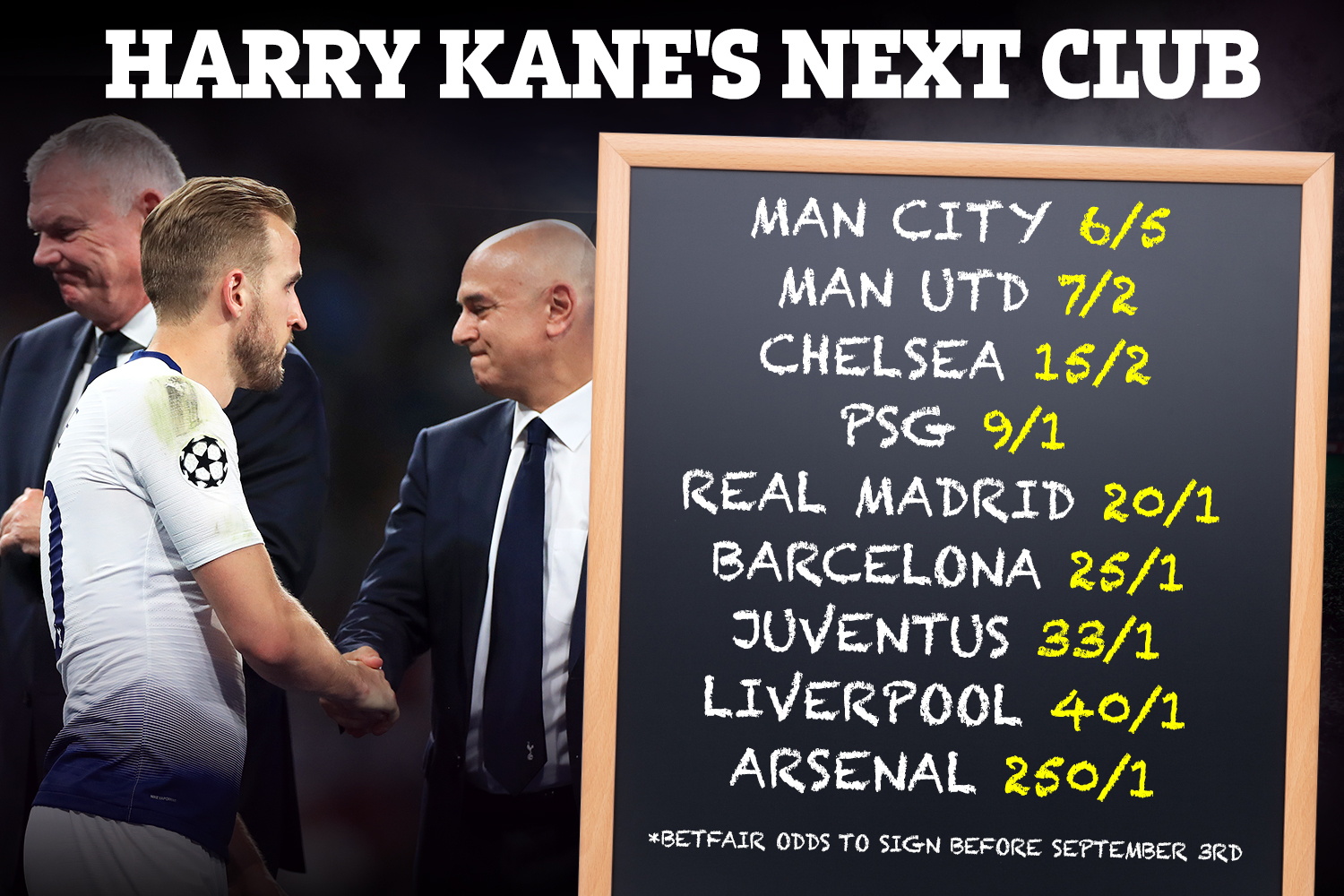 City, Manchester United and Chelsea are among them as well as Barcelona, Real Madrid and PSG.

But Betfair make City the most likely move while Chelsea have come in from 14/1 to 15/2.

Kane, 27, is the joint leading goalscorer in the Premier League this season with 22, the same amount as Liverpool star Mohamed Salah.

But Kane is yet to win a major trophy in North London, leaving the press to speculate about his future.

He's reportedly told the club he wants to leave this summer in a bid to win silverware.

Kane has finished second in the Champions League, Premier League and League Cup at Spurs.

Should he be allowed to leave, there will be plenty of big clubs willing to snap him up.

He also appeared to wave goodbye to fans in Tottenham's final home game of the season.