FC NORDSJAELLAND'S manager has confirmed both Liverpool and Manchester United are in the race for Kamaldeen Sulemana. 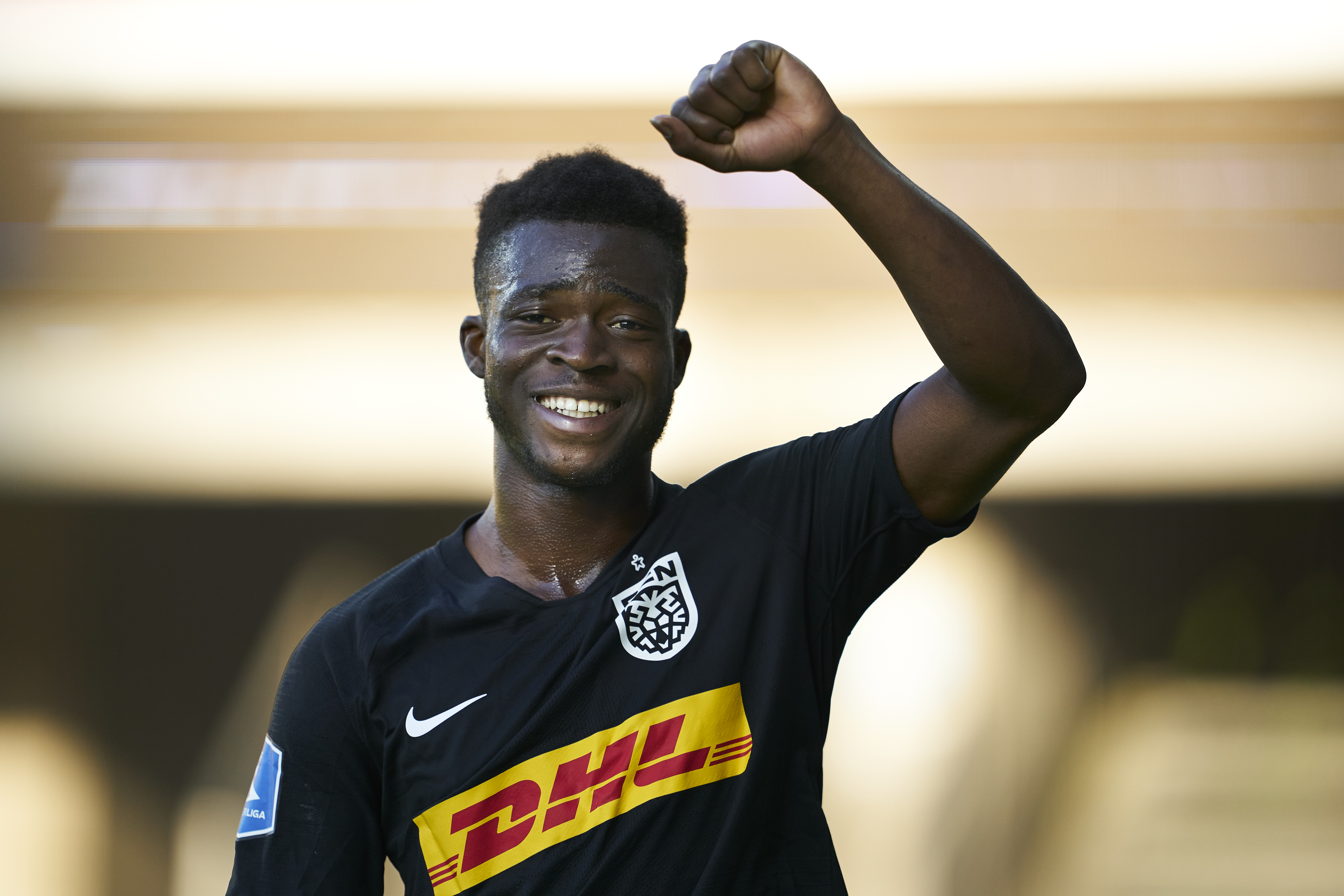 United have been tracking the winger throughout the campaign following a string of hugely impressive performances.

The Ghanian wonderkid, valued at around £15million, is thought to be wanted by a host of clubs across Europe including Ajax, Bayer Leverkusen, Lyon and Monaco.

Ajax are believed to be the biggest competition for his signature with technical director Marc Overmars also taking a look at him in action.

His boss Flemming Pedersen admitted the Premier League duo are ready to pounce but conceded the Dutch giants would be the best move for his development.

He told TV3 Sport: "Ajax is perhaps the safe choice where he will definitely get plenty of playing time.

'[Manchester] United, Liverpool and others are in the race. Well, I also know Kamal so well that when he is pressured, he automatically takes the next step as well.

"And with the personality and mentality he has, there I will never ever say it will be too big a leap, for he is extraordinary.'

"I cannot stand here to say that I expect him to be here next season because there is so much talk about him."

"I myself helped hype him last spring when he made his debut. But we have to see what happens."

Under the new post-Brexit transfer rules, Sulemana does not have enough points to gain a work permit.

That could change this summer if the Danish league climbs one place in the Uefe co-efficients, which would then see him meet the new UK points regulations.

Another possible hope for United would be if Sulemana makes one more competitive appearance for Ghana.

That too would again see his points tally rise enough to gain a work permit to play in England.

Sulemana has scored ten goals in 28 appearances for the Danish giants in 2020-21.