MANCHESTER UNITED are claimed to be one of four teams in the race to sign Palmeiras wonderkid Endrick.

The battle to sign the exciting winger is hotting up with Endrick, 15, close to signing his first professional contract. 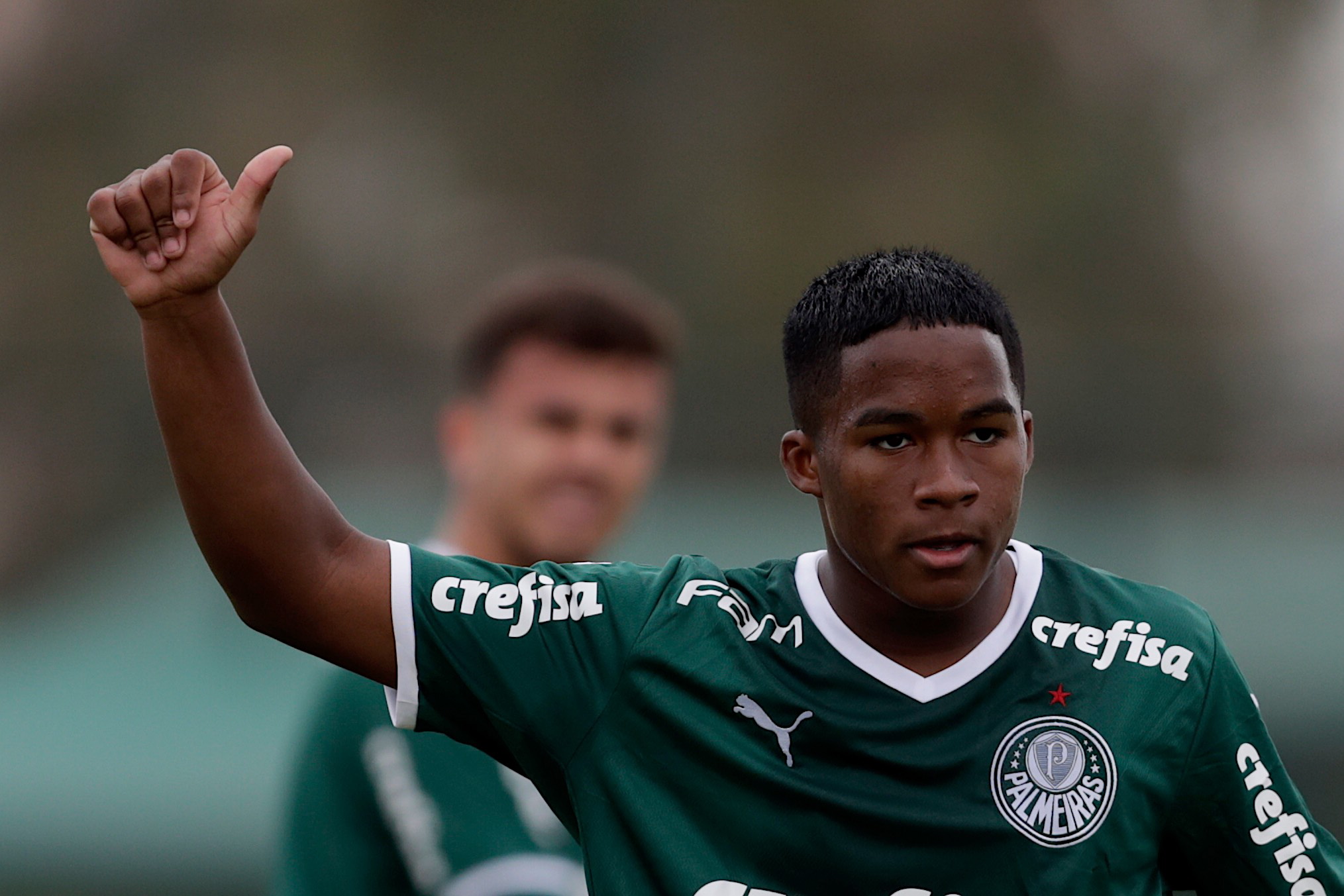 Endrick is reportedly set to put pen to paper on a professional deal with Brazilian side Palmeiras when he turns 16 this July.

According to journalist Jorge Nicola, the teenager will have a £34million release clause in the first year of his contract.

That will then rise to around £43m and £50m in the following two years.

As a result Nicola claims United are in a "hurry" to snap up the wonderkid sooner rather than later.

It's reported Palmeiras own just 70 per cent of Endrick's economic rights due to third-party ownership, meaning the Brazilian outfit will be unlikely to let the starlet leave on the cheap.

But the Red Devils are set to face stiff competition for his signature from three fellow European giants.

Paris Saint-Germain, Real Madrid and Barcelona are all also thought to be eager to sign Endrick, who is yet to play a game for Palmeiras' first team.

Manchester United have been watching the youngster for several months after he burst on to the scene in his homeland.

Endrick, who shares the same agent as Real Madrid’s Vinicius Jr, may have to wait a little to head to Europe though.

The Athletic state he is “not legally allowed to leave Brazil and play for a team in another country” until his 18th birthday.

He and his close ones have already toured Europe this year to visit interested clubs.

The forward, who is two-footed, took in the Santiago Bernabeu and Real’s training ground while in Madrid.

And he also enjoyed an invite by Barcelona to watch their Europa League game against Napoli at the Nou Camp.