REAL MADRID are reportedly still keen to sign Paul Pogba and could land him for free, with the Manchester United midfielder's contract expiring in the summer.

Pogba, 28, has been a top transfer target at Real Madrid for years and according to reports, they will attempt to prise him away from Old Trafford again at the end of the season. 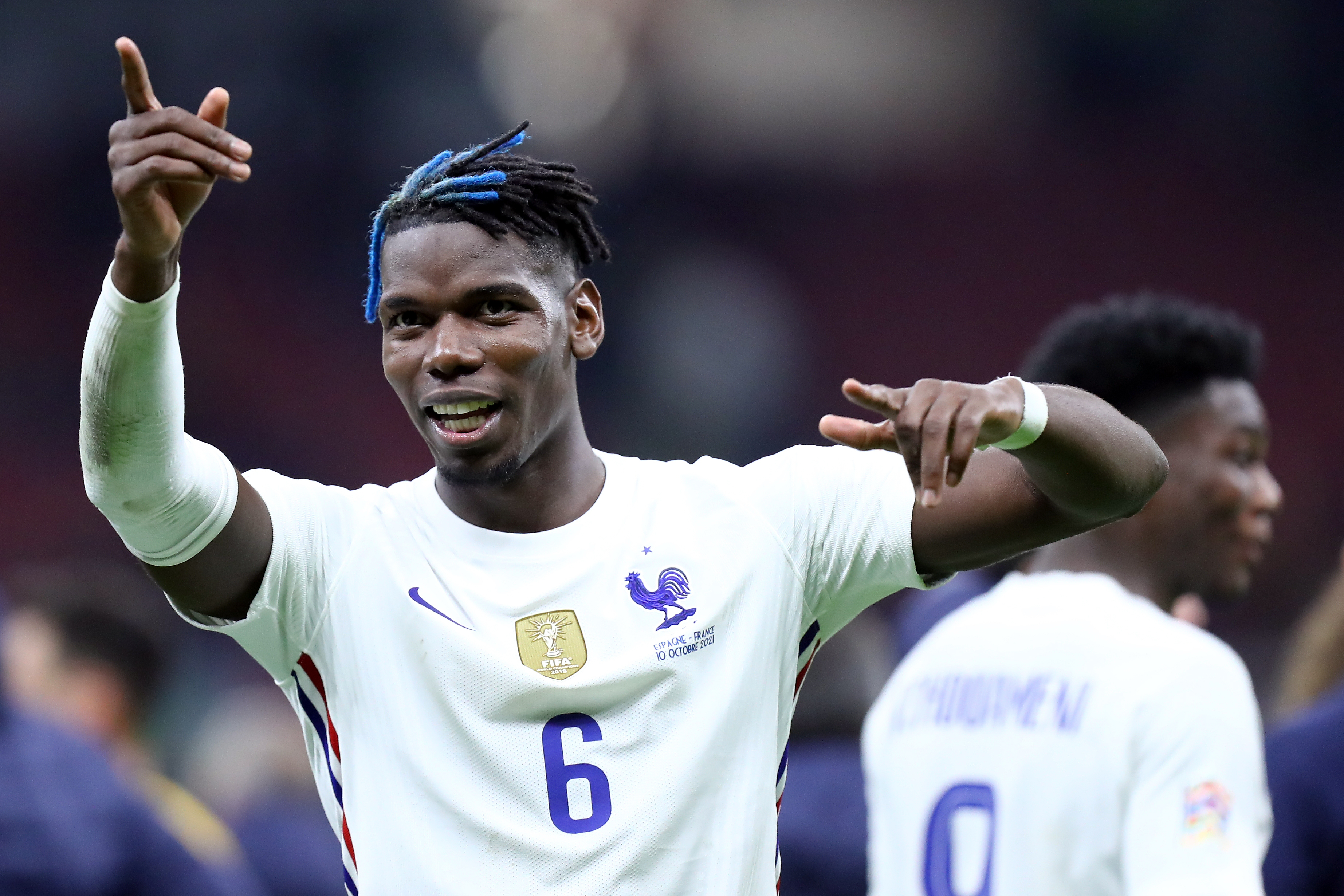 According to AS, Los Blancos have been impressed with Pogba's performances for France in the Nations League finals, which has persuaded them to step up their pursuit.

But Man Utd are desperate to convince Pogba to sign a new deal and will reportedly offer the Frenchman up to £400k-per-week in an effort to get him to stay.

This would make him the second highest paid player in the Prem, behind teammate Cristiano Ronaldo on 480k-per-week and ahead of Kevin De Bruyne on £385k-per-week.

The Red Devils refused to sell Pogba last summer, knowing that they risk losing him for free if they are unable to convince him to sign a new deal.

But Pogba is reportedly happier at the club following United's recruitment in the summer, with the likes of Jadon Sancho, Raphael Varane and Cristiano Ronaldo moving to Old Trafford.

“His contract is not 100 per cent agreed yet. It’s on the table since July. Let’s see what’s gonna happen in coming days. But United will push again.”

Despite this, Pogba has flirted openly with a number of other clubs, with Juventus, PSG and Real Madrid in particular making their feelings known about the player.

A return to Turin looked likely at one point, after his agent, Mino Raiola said to Rai Sport: “Paul Pogba is out of contract in June, so we’ll talk with Man Utd and we’ll see what happens. Juventus? Paul still loves Turin.

"There’s a chance that Pogba will return to Juventus, yes – but it also depends on Juventus plans."

PSG also seemed a likely destination when he joked around with international teammates Kingsley Coman and Presnel Kimpembe about a move to the French giants.

But Real Madrid has always appealed as a destination to Pogba and the Frenchman came close to making the switch when they tried to sign him under Zinedine Zidane in 2019.

Pogba could also be tempted to move to the Bernadeu in order to play alongside international teammates Kylian Mbappe, who also looks set to join Los Blancos, and Karim Benzema ahead of next year's World Cup.

It's thought that Pogba's future depends on how the current season pans out at Man Utd, with the Frenchman desperate for silverware and wanting to play for a club that matches his ambitions.

If Ole Gunnar Solskjaer fails to deliver a trophy for a fourth season in a row, it looks likely that Pogba will leave for pastures new, and he'll have plenty of clubs to choose from.

Premier League Darts: How the action unfolded in Cardiff

Adrian Dantley Returned To The Site Of A Legendary Prep Hoops Debacle, This Time As A Kids' Rec League Ref