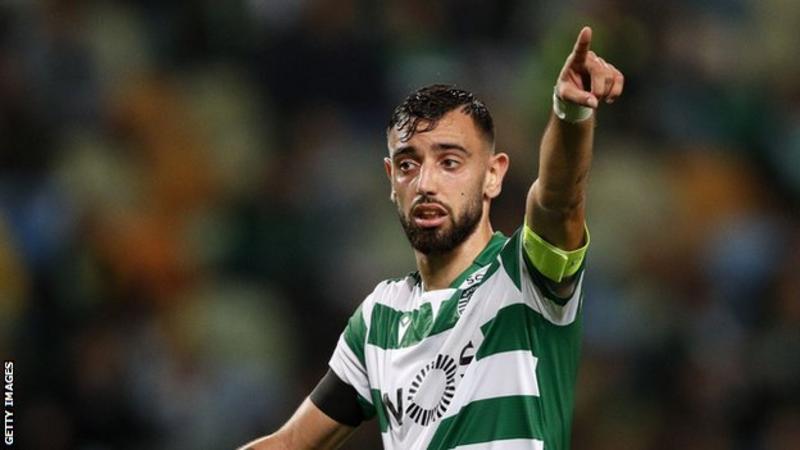 At the age of 21, Bruno Fernandes walked into one of Italy’s most famous clubs and declared he would be wearing the number 10 shirt.

The Portugal midfielder, now 25, is poised to join Manchester United from Sporting Lisbon in a £47m deal which could rise to £67.7m – and he is a player not afraid to take on responsibility.

After joining Novara in Italy from Boavista at the age of 17, without having played a first-team game in Portugal, he moved to Udinese.

He stayed for three years before causing a stir on his arrival at Sampdoria by taking on the jersey forever connected with club legend and current Italy boss Roberto Mancini.

“It was quite a big thing at the time moving to Sampdoria and demanding the number 10 shirt,” says Italian football writer Danielle Vieri.

“At Udinese he played a number of roles and at times operated in an Andrea Pirlo type position in front of defence.

“So he showed confidence because people were talking about it being Mancini’s shirt and if he was capable of living up to the expectations that came with that.

“Again in the Rio Olympics in 2016 with Portugal, he decided to wear the number 10 shirt and I think he started to see himself very much as someone who could perform in that playmaker role.”

With Fernandes’ on-off January transfer saga about to end, can he go on to translate his standout talent – and confidence – from the Italian and Portuguese leagues into success at Old Trafford?

Fernandes joined Sporting from Sampdoria for £7.2m in 2017 but until then had enjoyed a relatively low profile in his homeland.

“The surprise was Portuguese clubs did not look at him seriously until Jorge Jesus, the current Flamengo boss decided to sign him,” said Portuguese football writer Jose Delgado.

“In the media we were asking why Benfica, Sporting or Porto were not going for Fernandes because you could see he was a fantastic player. He was a sure bet and it has proved a great success.”

The numbers back that up.

Since the start of the 2017-18 season, Fernandes has topped the Portuguese Primeira Liga rankings for the most goal involvements (67), most goals outside the penalty area (9), most chances created (239), most shots (271) and most shots on target (114).

And that’s before you get to the 32 goals he scored in all competitions last term for Sporting or the 14 goals he has racked up in 28 matches for club and country this season.

He was captain of a Portugal under-21 side brimming with talent, with the likes of Joao Cancelo, Ruben Neves, Renato Sanches and Goncalo Guedes all playing alongside the midfielder before Sporting took him to the Estadio Jose Alvalade.

“I first saw him play when he was at Udinese in Italy but he used to come back to Portugal to play for the Under-20 side and the Under-21 team,” said Delgado.

“We had strong teams but it was noticeable that he better than most of the other players.”

Fernandes’ involvement in 33 league goals in the 2018-19 season was higher than any other midfielder across the top divisions of Europe’s leading leagues – England, Italy, Spain, Germany, France, Portugal and the Netherlands.

And given his penchant for scoring goals, it has led to invariable comparisons with Frank Lampard, Chelsea’s record goalscorer.

“He is a player who scores lots of goals and in terms of his attributes he is very good from 25 yards out,” added Delgado.

“He finds space better with a classic number six working next to him and is more of a Lampard than say Paul Scholes type of player.

“He plays in the same box-to box position, I would not say he is as physically as strong as Lampard was but Fernandes will be ready to play immediately. He played on Monday and he could play tomorrow, he is in fantastic condition.” 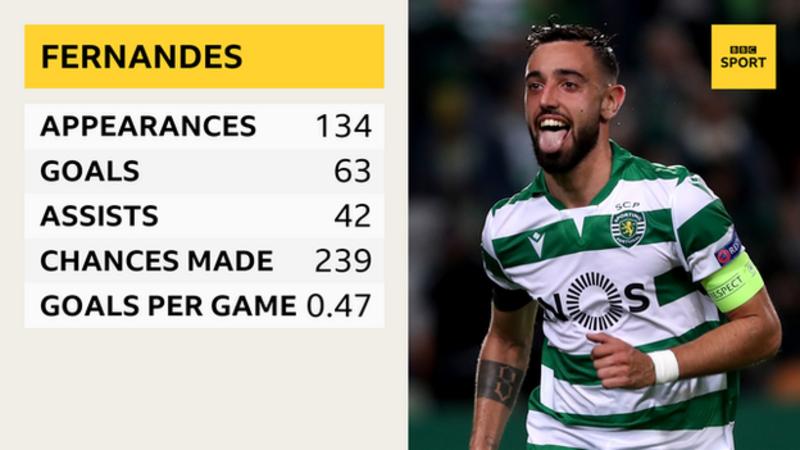 However, former England winger Chris Waddle is hesitant to make that specific link.

“When I watched him with Sporting Lisbon he goes and gets the ball and has a wonderful range of passing,” Waddle said on BBC Radio 5 Live.

“To compare him with Frank Lampard? I’m not sure. Frank was a player you felt, if there was an attack, he would get in the box and score. With Fernandes, he has wonderful vision but I’m not sure he’ll score as many goals as Lampard did.

“United will have looked at him and thought he’s a creative player and, for the pace they have got (in attack), he should suit them.”

Can Fernandes shine on big stage?

Fernandes has been a shining light for Sporting, even as the team struggled and also helped Portugal to Nations League success in June 2019 – the big question now is whether he can deliver for United?

“He is a good player with potential to grow,” added Vieri.

“What he has done in Portugal he has to prove he can do the same on a bigger stage. The pressure will be higher, opponents will be stronger and his team-mates will be better.

“I don’t think he can say he has proven he can do it in a big European league yet but that’s his challenge. In Italy he did well. In Portugal he has been a revelation so it is the right moment to buy such a player.”