MANUEL LANZINI'S Goal of the Season contender sent Twitter into meltdown as West Ham sealed an amazing comeback against Tottenham.

Spurs had led by three goals and were sitting second in the league. 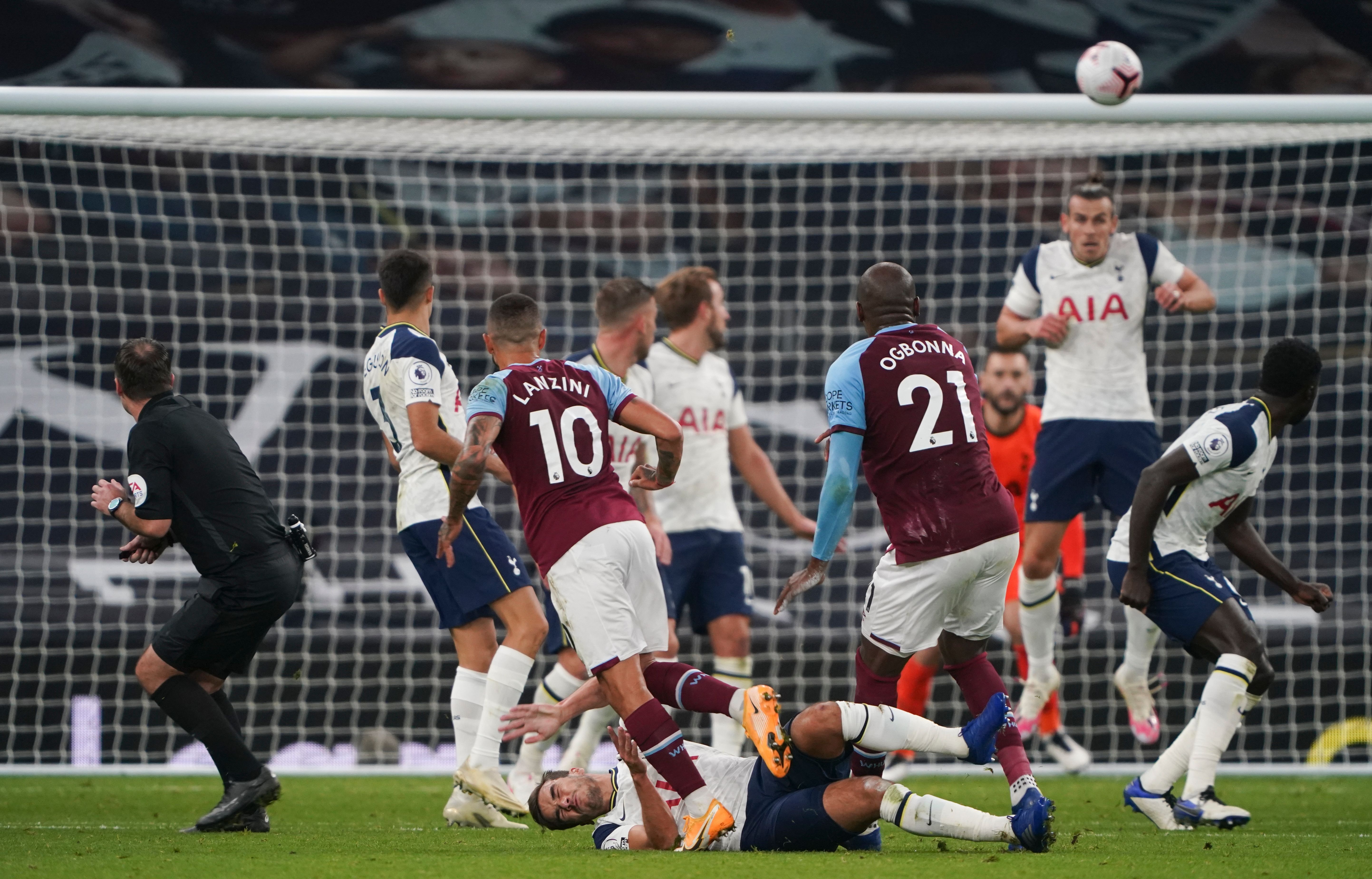 But the Hammers pulled off the mother of all comebacks, scoring three goals in the final 12 minutes.

After a Fabien Balbuena header and Davinson Sanchez own goal, the Hammers were still a goal down with just 30 seconds to play.

A free-kick in added time allowed West Ham one final chance to equalise.

Aaron Creswell's delivery fell to Lanzini on the edge of the box, who fired an unstoppable rocket past Hugo Lloris into the top corner.

The wonder strike was the subject of conversation online, as Spurs were mocked for throwing away their commanding lead.

Gary Lineker tweeted: "Good God! What a goal that is from Lanzini. Behind closed door football is bonkers."

One said: "Spurs went from title contenders back to Spurs in 10 mins."

Gareth Bale – signed from Real Madrid on loan – marked his return having been subbed on with 18 minutes left.

But it turned out to be a nightmare appearance for Bale, as West Ham began their fight back with a Fabian Balbuena goal – the Welshman even missed a golden chance to seal the win and make it 4-2.

Just three minutes later, Davinson Sanchez turned into his own net, giving the Hammers hope of rescuing a point.

Lanzini's sensational equaliser sparked an emotional celebration for West Ham on the pitch, but Bale was subject to further jibes online.

Who is Justin Rose’s wife Kate and does Open golf star have any children? – The Sun