MARTIN ODEGAARD is wanted by Ajax as they seek to replace Frenkie de Jong, according to reports.

The 21-year-old Real Madrid midfielder has impressed on loan at Real Sociedad this season – which is said to have rocketed him to the top of the Dutch giants' transfer wish list. 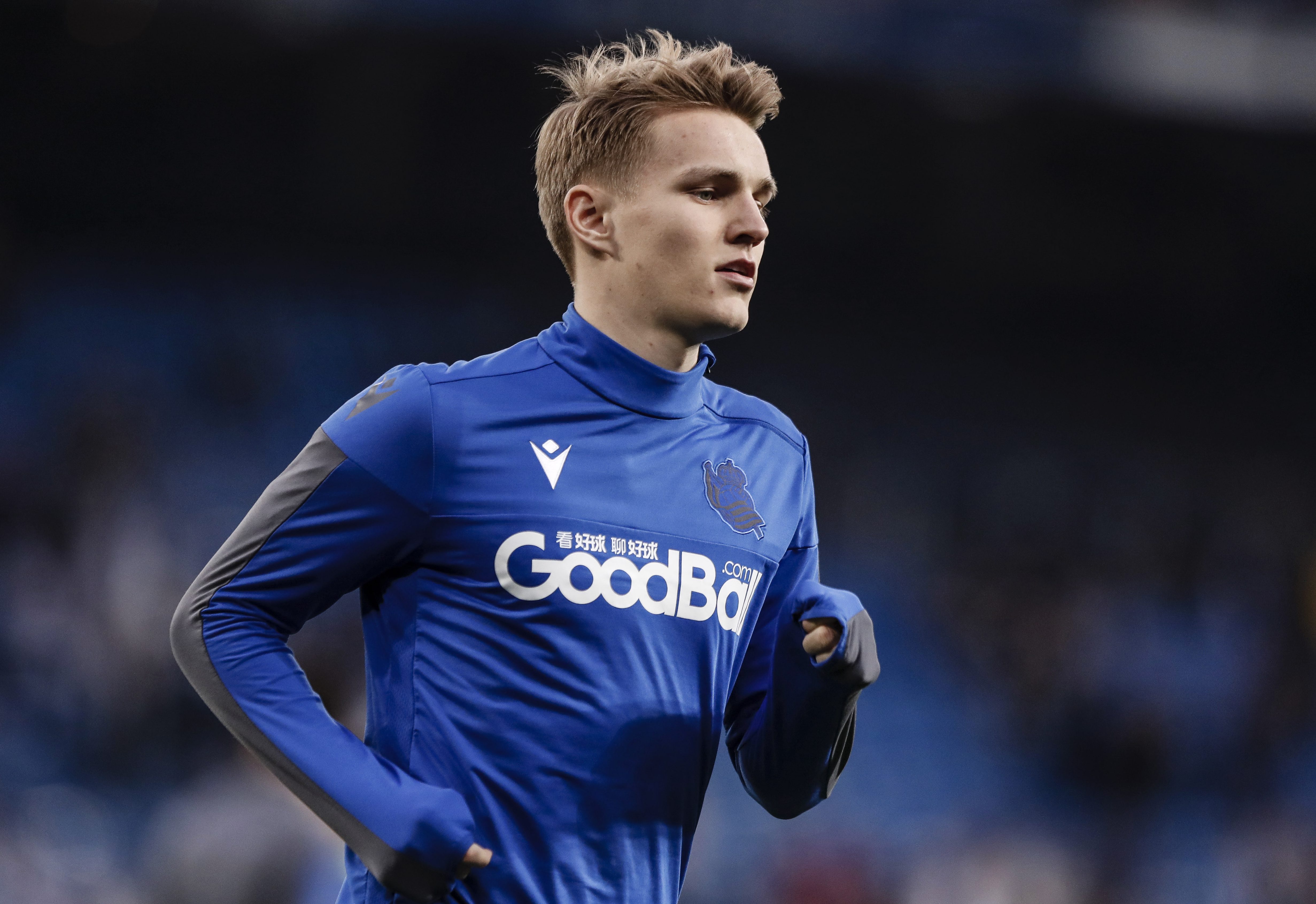 The Norwegian joined the San Sebastian side on a two-year loan deal in the summer and – according to Spanish outlet Marca – was a target for Ajax after they sold de Jong, 22, to Barca for a whopping £65million.

And despite Los Blancos' eventual decision to send him on loan to another LaLiga side to get used to Spanish football, the Eredivisie champions are still said to be keen.

Amid Ajax's reported interest, Sociedad recently insisted there is "zero chance" Odegaard will return to the Bernabeu despite reports suggesting Madrid are ready to recall him.

The youngster has been earning rave reviews since joining the White and Blues in the summer – chipping in with six goals and eight assists in 23 games.

And the playmaker even netted at the Bernabeu on Thursday night – scoring against his parent club as he helped knock Madrid out of the Copa del Rey.

It is believed Real have the option to recall Odegaard in the summer, with the club viewing the youngster as the natural successor to Luka Modric.

Speaking after his team's famous 4-3 win at the Bernabeu, he said: "I think we are talking about a club that is a gentleman and a player that has very clear things.

"I think the pact is going to fulfil the pact we have.

"The player is from Real Madrid and if they requested it we would have to talk and listen to each other.

"What we hope is that Odegaard is with us for two years.

"Odegaard is very happy after yesterday's game against Madrid.

"We will think in the short term and we will consider his future.

"There is zero chance that he will go to Real Madrid."

Odegaard received a standing ovation from the Madrid fans as they rose to applaud him as he made his way off the pitch after being substituted in the cup quarter-final.

But not everyone was happy with the player, as Sergio Ramos launched into an X-rated rant towards him after being fouled by the ex-Stromsgodset ace.

According to Spanish TV show El Chiringuito de Jugones the literal translation of Ramos' words to Odegaard were: "Hey, Odegaard! I s*** on your w***e mother!"